We’ve all been there. That unflattering snap when the camera caught you unawares and you get to see what you really look like.

It can come as quite an unpleasant shock, like catching sight of some old bag in a shop window and realising, to your horror, that it’s your own reflection in the glass.

God knows, it has happened to me enough times. At first it used to upset me, this clear discrepancy between how I looked in my head and how I was in real life.

But then I realised that’s just life and there is a limit to what you can realistically do about it. Besides, there are more important things to worry about.

Unless, that is, you are someone whose entire existence is based on projecting a certain appearance. Whose vast popularity and wealth are predicated on being an ‘uber-influencer’ who is paid to show the world how perfect they are. 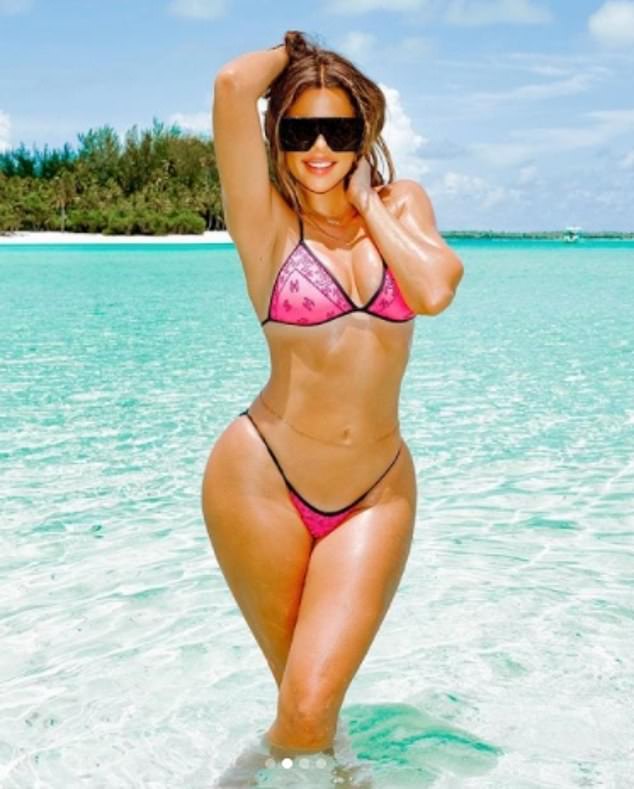 We’ve all been there. That unflattering snap when the camera caught you unawares and you get to see what you really look like, writes Sarah Vine. Pictured: Khloe Kardashian

If that’s your schtick, a dose of reality can be a genuine calamity.

Step forward Khloe Kardashian, whom fate dealt a cruel blow last weekend when a — gasp! — un-retouched photograph of her in a bikini surfaced online.

Judging by the frantic efforts of her ‘team’ to have it expunged from the internet, you might have thought it revealed something truly terrible about the lovely young Khloe.

A scaly tail, perhaps, or a tattoo of Donald Trump. In fact, the problem was far more serious: she looked like any ordinary young woman.

No wonder there was such a panic, and her lawyers sprang into action. Because ordinary is not something Kardashians do. Neither is natural. They have built an empire out of being fantasies of womanhood designed to bewitch men and inspire awe and imitation in women.

Having one of their clan out there on the internet looking perfectly unremarkable in a bikini is a PR disaster. Especially as this Khloe — the real Khloe — is far removed from the glossy version we usually see. 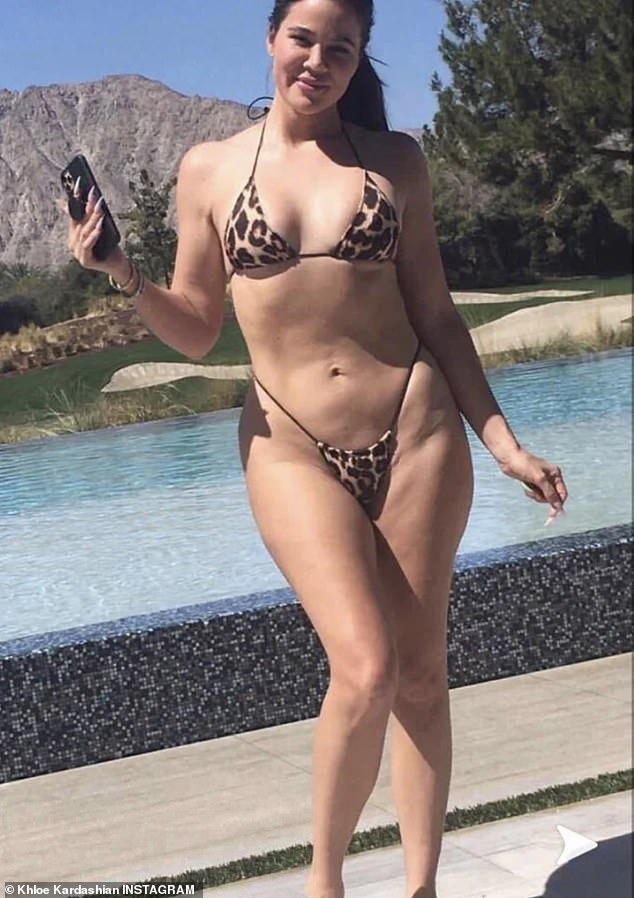 Step forward Khloe Kardashian, whom fate dealt a cruel blow last weekend when a — gasp! — un-retouched photograph of her in a bikini surfaced online

That one has perfect smooth skin and a sultry pout, her body permanently arranged in a provocative pose that promises all sorts of behaviour unsuited to a family newspaper.

This one is smiling goofily at the camera, standing unselfconsciously in front of a pool, entirely unready for her close-up.

Instagram Khloe is heavily retouched and Photoshopped. Pool Khloe is as nature intended (apart from the surgeries, of course). In Kardashian terms, that is a PR disaster.

Sussex factor made us all racist limeys

I hate to admit it, but Piers Morgan is right when he says the Duke and Duchess of Sussex are going to keep dishing the dirt on the Royal Family for the simple reason that it’s their only currency.

That said, given the number of holes in their Oprah interview, I’m amazed anyone is still paying attention.

The Americans, however, appear to be lapping it up: a friend of mine who lives there says everyone now hates the Queen and thinks all British people are racist.

Don’t get me wrong: she looks lovely. But for someone rarely seen in public without heavy retouching, this is too real by far.

For it exposes an uncomfortable truth (almost as uncomfortable as those bikini bottoms) about the clan’s empire: it is built on a fantasy, aided and abetted here and there by the skilled ministrations of a surgeon.

The image projected by Khloe and her sisters, and the lifestyle they sell, is not real. It is, in layman’s terms, false advertising.

This wouldn’t matter if they were upfront about it. After all, everyone knows pictures on the internet and in the media often get a little help from Mr Photoshop. But the Kardashians refuse to acknowledge this.

This occasionally makes them look vain and stupid, which is fun for the rest of us; but it exposes a more serious problem: the way people like the Kardashians get away with using digital manipulation to flog their merchandise.

In this respect, Khloe’s sister Kylie is probably the worst offender. She became (allegedly) America’s youngest billionaire by selling lipgloss that promised to give wearers a pillowy pout like hers, when it appears that pout was created by fillers and filters.

This is deeply damaging to the minds and self-esteem of the millions of girls and young women who compare themselves with their role models and are left feeling hopelessly inadequate, increasingly to the point where they subject themselves to unnecessary procedures in order to replicate the perfection they see on screen.

Which is, as Khloe here so clearly demonstrates, all a fantasy.

I don’t know about you, but my hall now resembles the inside of a hospital triage cubicle: digital thermometer, masks, hand sanitiser.

Not only is it thoroughly depressing, it’s also aesthetically very unappealing.

I tried putting the masks in a little basket but for some reason they just looked like a washing basket full of old pants, which was unanimously felt to be sub-optimal in interior design terms.

Following the revelation last week that Gucci are selling a pair of ‘virtual trainers’ at £8.99 a pop for those poor saps who can’t afford £400 for the real thing, Waitrose has announced it is no longer stocking shoe polish, as people don’t use it any more.

Further evidence, were it required, that civilisation is doomed. 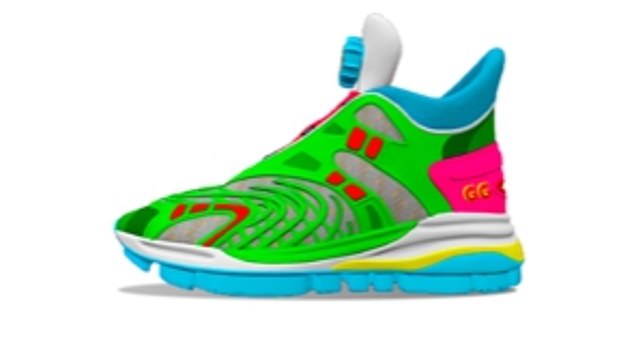 Gucci are selling a pair of ‘virtual trainers’ at £8.99 a pop for those poor saps who can’t afford £400 for the real thing, writes Sarah Vine

Celebrity shepherdess Amanda Owen says today’s children are all snowflakes who ‘can’t do anything’.

But this is a woman who gives birth alone in front of a fire with only her terrier for company, then heads out to check the flock in a miniskirt with the newborn baby strapped to her chest.

Let’s face it, she makes even Boudicca look like a bit of a flake. 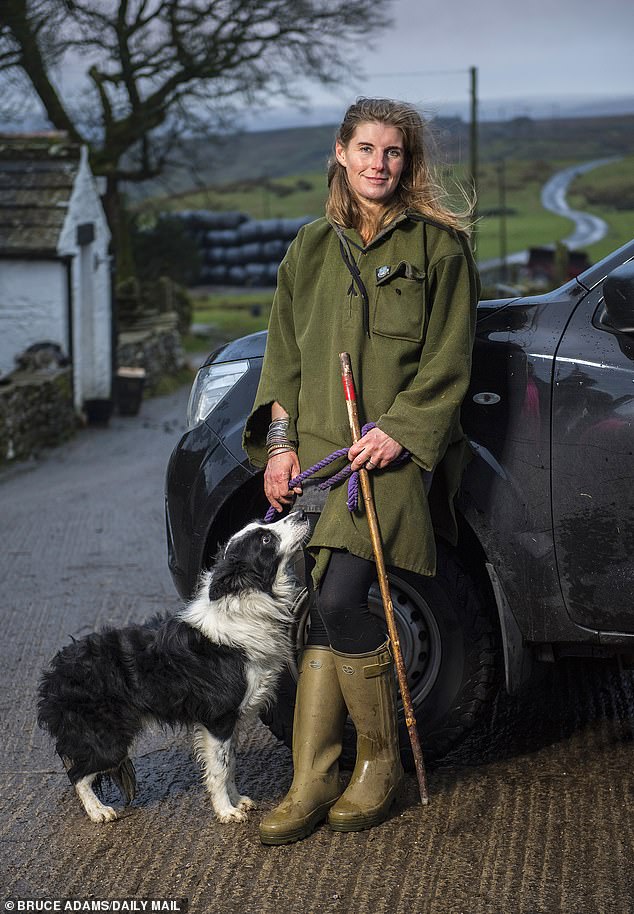 A new report estimates that more than 200,000 children will move from primary to secondary school this autumn without being able to read properly — with the number of youngsters struggling with literacy up 30,000 over the past year as a result of lockdown.

Yet when surveyed, only 2 per cent of teachers back longer school days or shorter holidays for a pandemic catch-up. So much for vocation, hey?

There has been a huge rise in the number of crimes associated with e-scooters.

If only the police weren’t so busy breaking up church congregations, maybe they would be able to do something about it.

WHAT THE A-LIST IS HALF WEARING

A dubious new sartorial trend appears to be emerging: the half dress.

Mulligan looks like she’s wearing one of those hospital gowns that leave one’s entire back open to the elements, while Corrin’s outfit — consisting of bovver boots, a lacy petticoat and half a skirt — seems to be having a major identity crisis.

Thank God for Helen Mirren in a nice red frock. If it ain’t broke, etc. 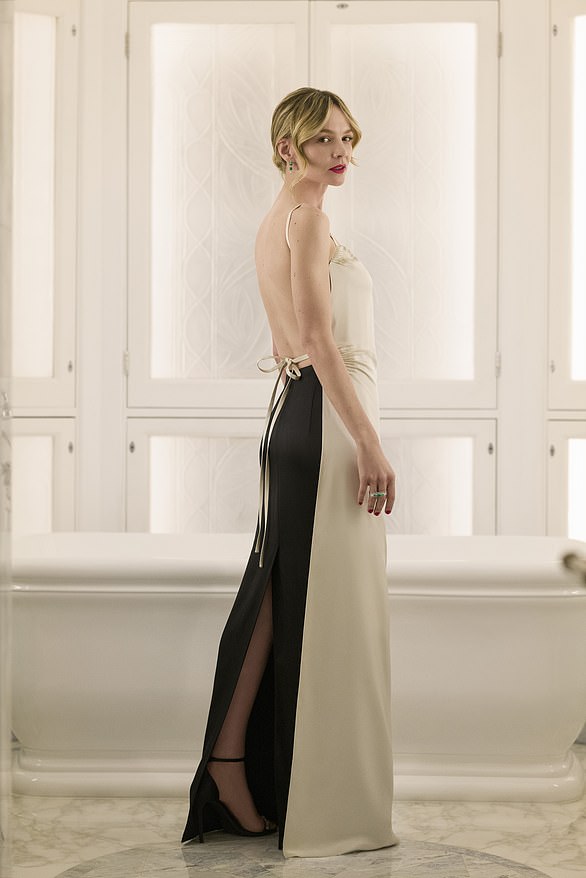 A dubious new sartorial trend appears to be emerging: the half dress. Pictured: Carey Mulligan