Mrs. Kost would bestow cookies on her beloved Texas Rangers — players, coaches and employees — at home games. She died of complications of the coronavirus. 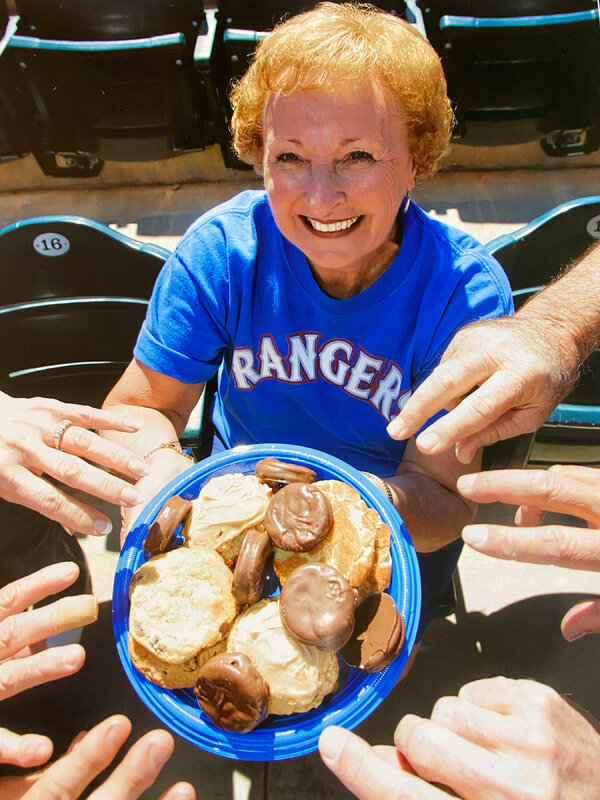 This obituary is part of a series about people who have died in the coronavirus pandemic. Read about others here.

When Shirley Kost and her husband moved from Chicago to North Texas in 1979, they transferred their baseball devotion from the Cubs to the Texas Rangers, attending home games and regularly traveling to the team’s spring training camps.

During one training session, in February 2000, the Rangers pitcher John Wetteland playfully gave Mrs. Kost a ride on the back of his Harley. She decided to thank him with a batch of cookies, reaching into the bullpen during a regular season game to hand them over. Other pitchers jokingly protested about being left out. But Mrs. Kost took it seriously.

“It grew from there,” her daughter, Donna Vernon, said.

Over the next two decades, the Kost house in Pantego, in the Dallas-Fort Worth area, became a homespun bakery. Mrs. Kost carted dozens of cookies to each game to give to Rangers players and staff but also for anyone within reach. She estimated that one year she had made as many as 7,000 cookies before she stopped counting.

Mrs. Kost died on May 13 in a hospital in Arlington. She was 82. The cause was complications of Covid-19, her daughter said.

Fans, players and team officials issued an outpouring of grief on social media. The Rangers mourned her loss in a tweet. At a game against the Yankees at Globe Life Field the week after her death, more than 26,000 fans honored her with a moment of silence.

Shirley Maxine Gray was born on March 21, 1939, in Pleasant Hill, Mo., to Simon A. Gray and Lottie Frances Gray, who owned an 80-acre farm where they grew vegetables and fruit, raised livestock and produced milk and eggs. After high school, Shirley moved to Chicago in 1958 to take a job with American Airlines in reservation sales.

There, she met Calvin Kost. “We were working in the same office,” Mr. Kost said. “I enjoyed visiting with her and one thing led to another. She was very outgoing.” After a courtship of movie dates and steak-and-potato dinners, they married in 1960.

In addition to her husband and daughter, Mrs. Kost is survived by a son, Russell S. Kost; a sister, Marilyn F. Grubbs; and five grandchildren.

The Kosts moved to Texas when the airline relocated its headquarters to Fort Worth and Mr. Kost transferred to a position in system scheduling. Mrs. Kost worked in the home.

Cal Kost, who later went to work as an usher for the Rangers, also helped out at the cookie factory by making sure the pantry was always fully stocked with sugar and flour. 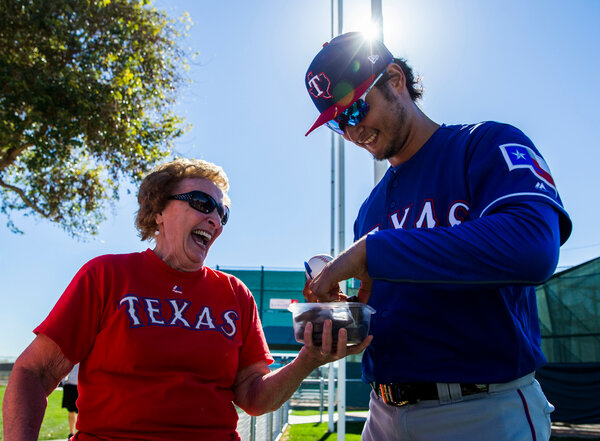 Mrs. Kost produced everything from snickerdoodles to chocolate chip cookies. She named cookies after players. The “Darvalicious,” a cookie covered in chocolate icing with a cherry in the center, was inspired by the pitcher Yu Darvish. The outfielder Kevin Mench’s baked alter-ego was “Mench’s Munchies,” Ritz Crackers with melted chocolate bark and peanut butter.

Her usual seat in Section 135 was marked by a small nameplate, “The Cookie Lady,” and anyone sitting or standing relatively close by was likely to get a cookie. The team in 2006 named her its Fan of the Year and gave her a present: a Rangers-blue, KitchenAid stand mixer.