Sophia Webster, 36, launched her footwear line in 2012, building a roster of fans including Sarah Jessica Parker, Taylor Swift and Oprah Winfrey. She lives in London with husband and business partner Bobby, and their three daughters — a seven-year-old and three-year-old twins.

I owe so much to my Grandma Ruth. When I was growing up she always sent me little notes or postcards or articles about shoes with a butterfly sticker or a butterfly motif.

One of my bestselling shoes, the Chiara sandal, features butterflies on the back and is now made in collaboration with the Butterfly Conservation Charity to raise funds for endangered species.

The ability of butterflies to evolve after a period of struggle reminds me of my Grandma’s own journey. 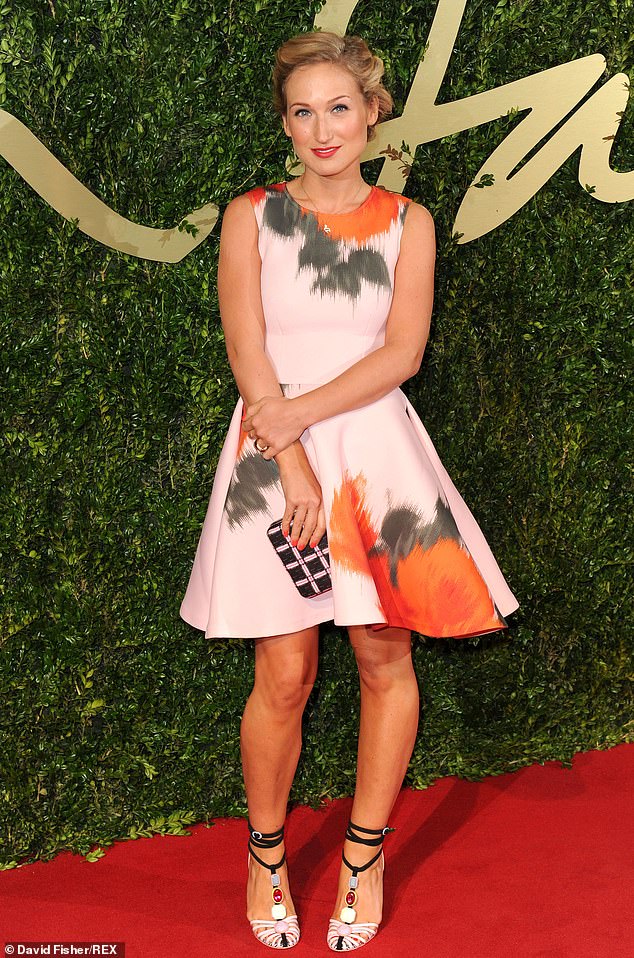 Sophia Webster, 36, (pictured) who lives in London, revealed how her grandmother taught her to be resilient

Jewish, she grew up in Prague with her parents until she was seven. In 1939, when the Nazi invasion was imminent, her uncle Charles in England managed to arrange domestic service work for her mother, so they were able to get out. But she never saw her father again.

My Grandma was sent to live with strangers in Forest Hill, South London, then later Liverpool. The family showed her a lot of kindness and had her baptised to keep her safe.

When the war ended, she was reunited with her mother in South London. She got a job as a teacher, married my grandfather and had three children.

When she retired in her 60s, she did a Masters, exploring her Jewish roots, and worked as an educator for 15 years at London’s Imperial War Museum. Last month the museum opened its new Holocaust Galleries, supported in part by donations from my shoe business.

In 2017 my father, her son, was assaulted by a stranger. He is still in hospital with a catastrophic brain injury. Grandma Ruth was always incredibly close to him; before the attack they would ring every day and do the crossword together. They were never able to speak to one another again. She died in 2019.

Grandma Ruth taught us to be resilient. When you grow up with a figurehead like that in your family, it helps you find strength.