Simon Cowell set for charity walk after recovering from broken back

Guess she’s got the “X Factor.”

As Page Six has revealed that Simon Cowell and girlfriend Lauren Silverman are getting married after 12 years and one child together, insiders suggest that the engagement may be a last-gasp effort to save their relationship.

“Around Christmas I know that she was talking about it, and he was refusing,” a source told The Post. “They had reached a difficult point in the relationship — you might call it a crisis. There was misery.

“Perhaps she had made it clear that she was not going to stick around unless they got married.”

Silverman, 44, has reportedly been waiting a long time for her ring. In fact, the source said, this is actually their second engagement. The first was not long after the birth of their son Eric, now seven years old. 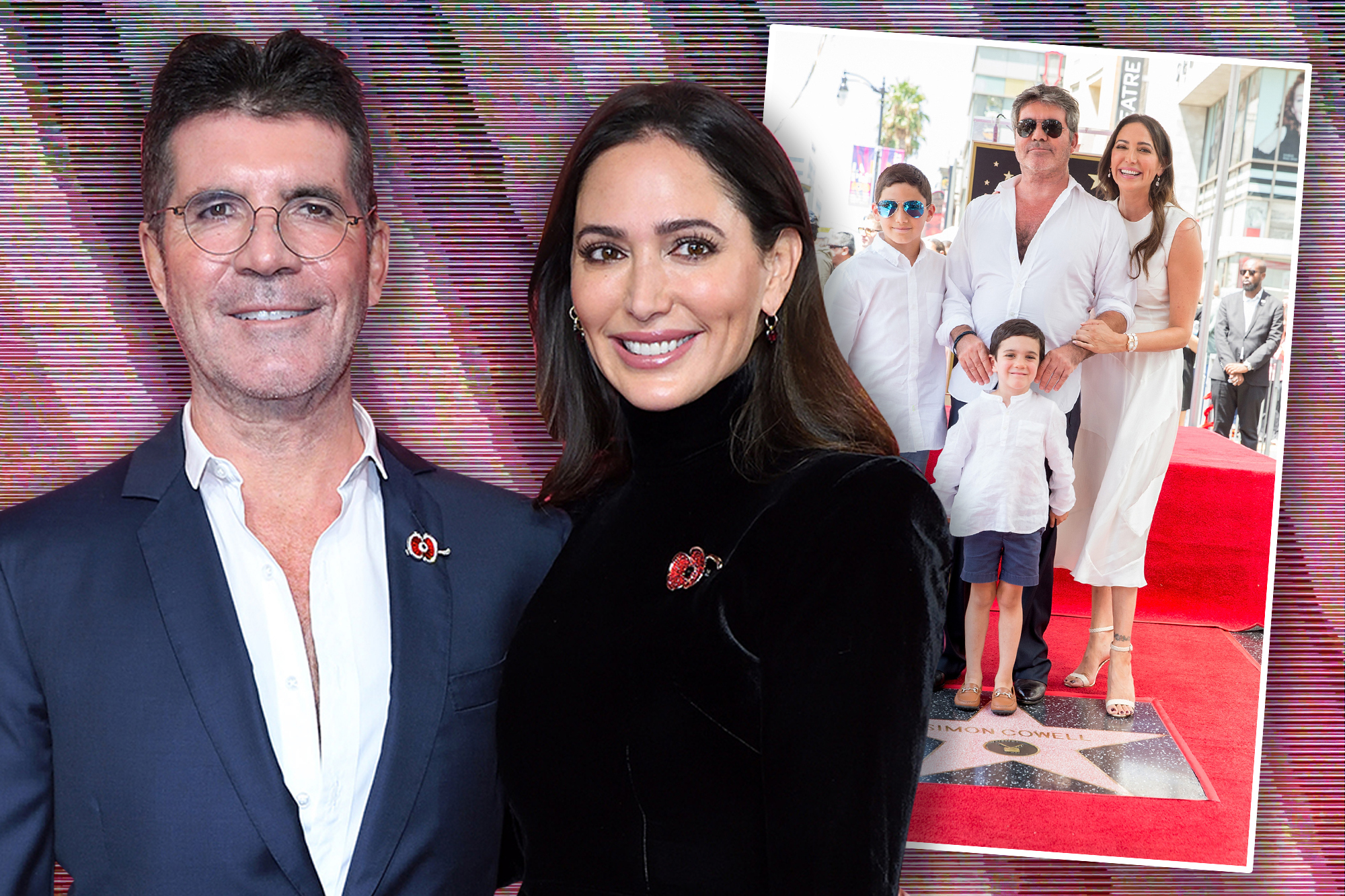 “I know that Simon got her an engagement ring about a year after the pregnancy was announced … but he then put it away in a safe and made it clear that he didn’t want to get married after all,” the source said.

“She’s a nice middle-class girl and she always wanted to get married. Her mum said that she trusted Simon to ‘do the right thing’ before Eric was born. Well, she’s been waiting a long time — and so has Lauren.” 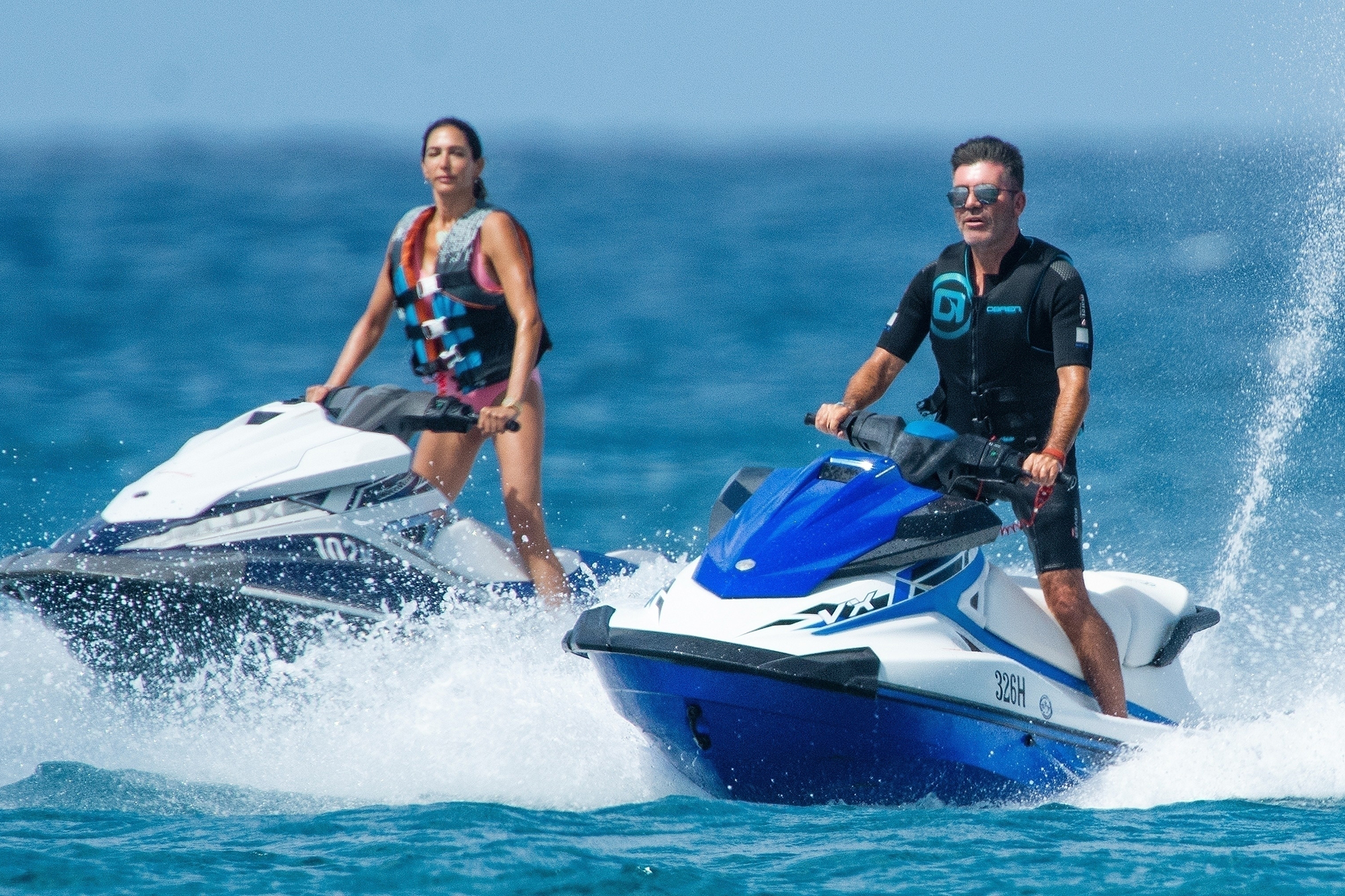 A longtime Cowell colleague told The Post that the engagement is also, in a big way, about his much-adored son. “Everything he does now is about Eric and his legacy,” the colleague said. “He wants to give Eric legitimacy.”

Cowell and Silverman’s romance reportedly began in 2004, when she was still married to her first husband, New York real-estate mogul Andrew Silverman. (They have one son, Adam, now 16.) Andrew actually introduced his wife to Cowell while on vacation in Barbados.

But the affair was secret until 2013, when Silverman’s pregnancy by Cowell was revealed. She and her husband divorced not long after.

Since then, Silverman, a socialite who went to private school in Miami, has been “desperate” to become Mrs. Cowell, according to sources. 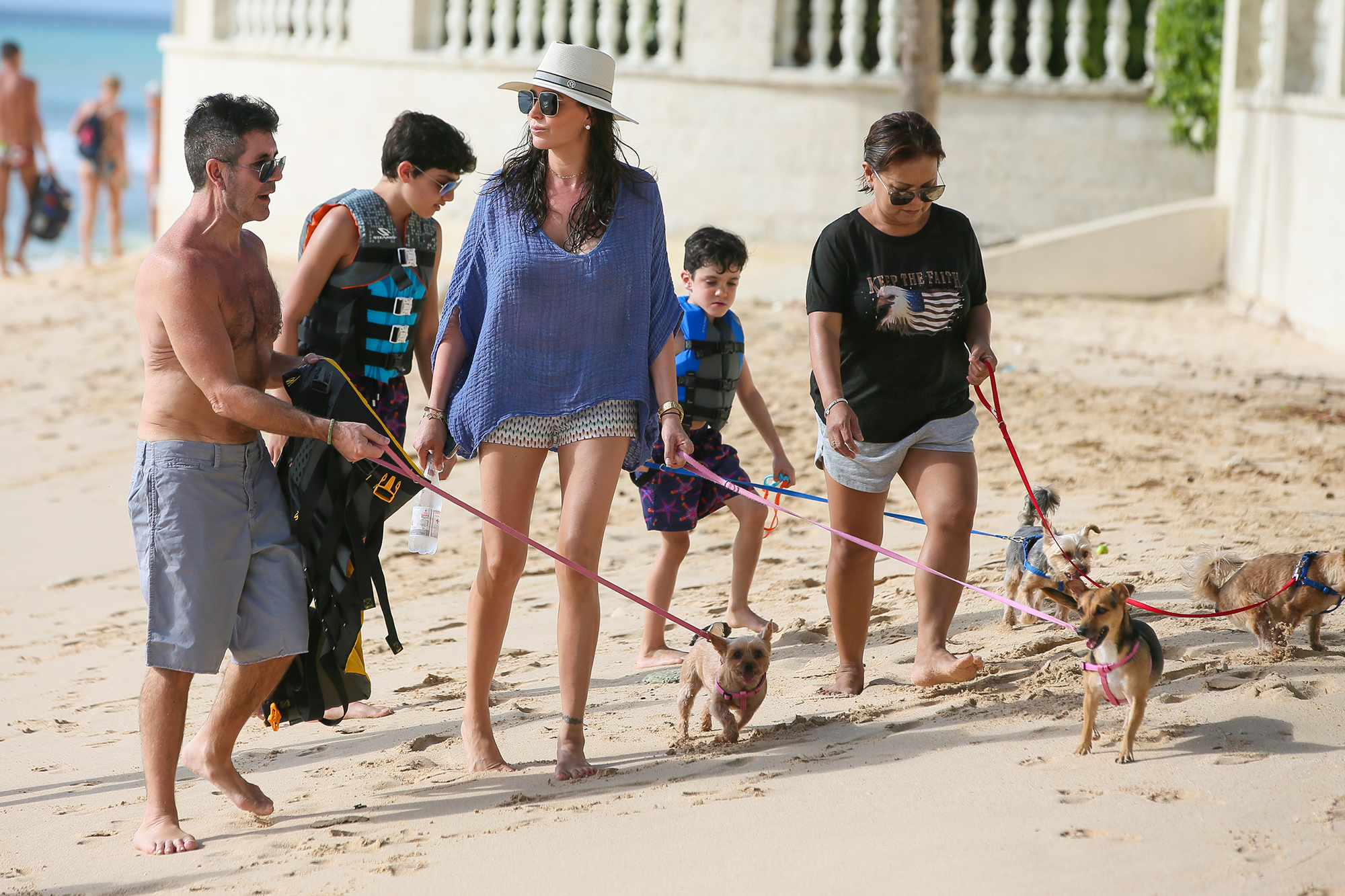 But Cowell, 62, has made it clear that he’s no fan of matrimony — both because he likes his own space and, sources say, because he hasn’t wanted to put his $500 million fortune at risk in the event of a divorce.

“When you get into a rut, it gets boring,” he said the year Eric was born. “No matter how big your house is, you are going to end up on the same sofa, in the same bed or in the same room as a person, you are going to get bored. It’s a boring routine. Being on my own is the best thing in the world. It’s like breathing in oxygen.”

And although this relationship has lasted longer than most for Cowell, he’s known for getting bored.

Television presenter Terri Seymour spent four years with him and kept hinting that she wanted marriage and babies — but Cowell famously advised her to get a turtle instead. 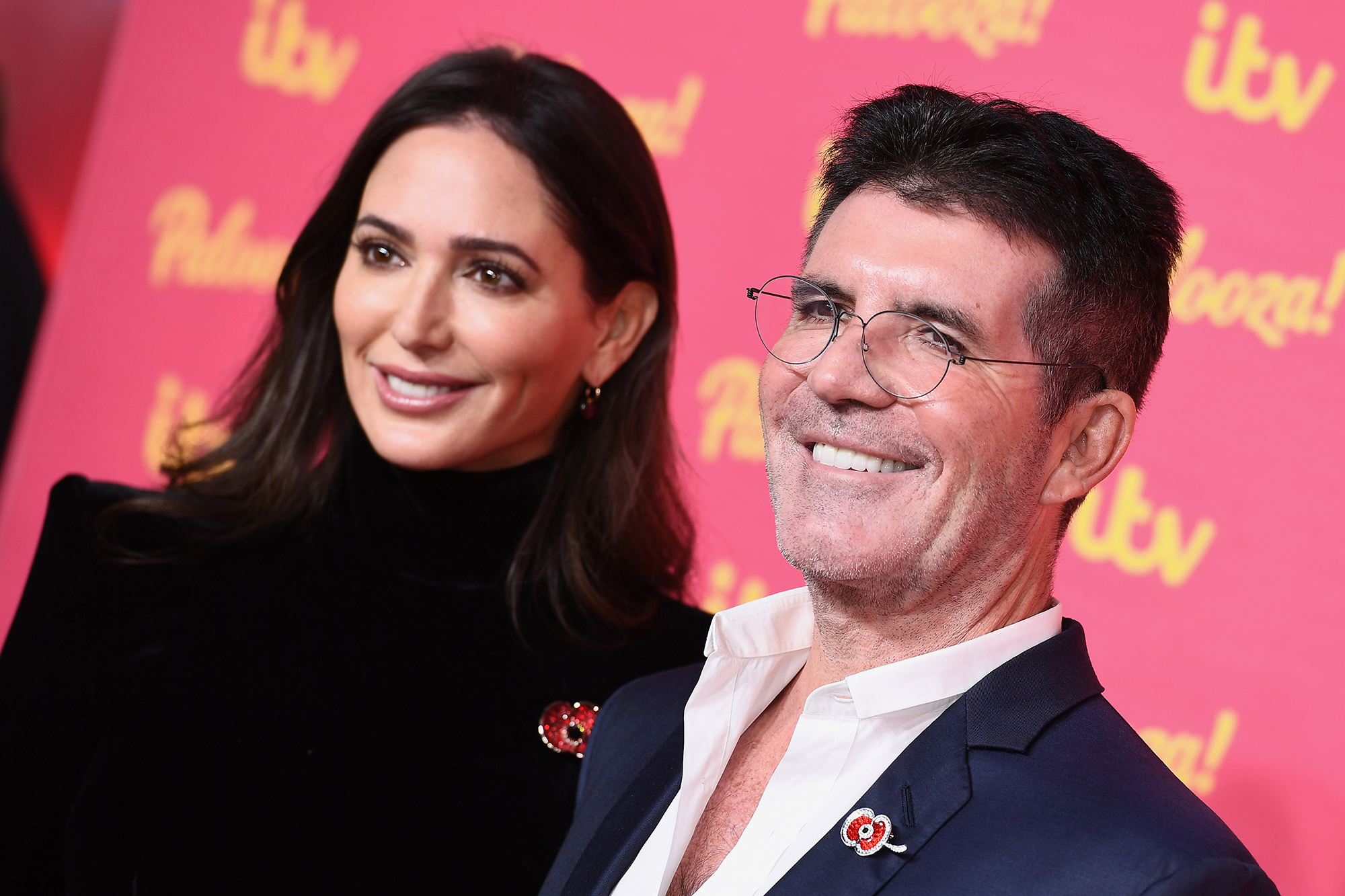 During the final months of their time together, there were reported dalliances with other women. In the end Seymour and Cowell parted as friends, and he gave her a house.

Silverman, meanwhile, has reportedly cut off some of Cowell’s former female friends and ex-lovers.

She’s become a bit of a gatekeeper, as Cowell doesn’t carry a mobile phone — he believes it helps his mental health — and friends and business colleagues now find that, if they want to get hold of Cowell, the fastest way is through Lauren.

One Cowell business source said that he feels it is a bit of a “power play” on Cowell’s part — but it does make Silverman indispensable. (She reportedly also sometimes carries his cigarettes at parties, as a way of making sure they continually check in with each other.) 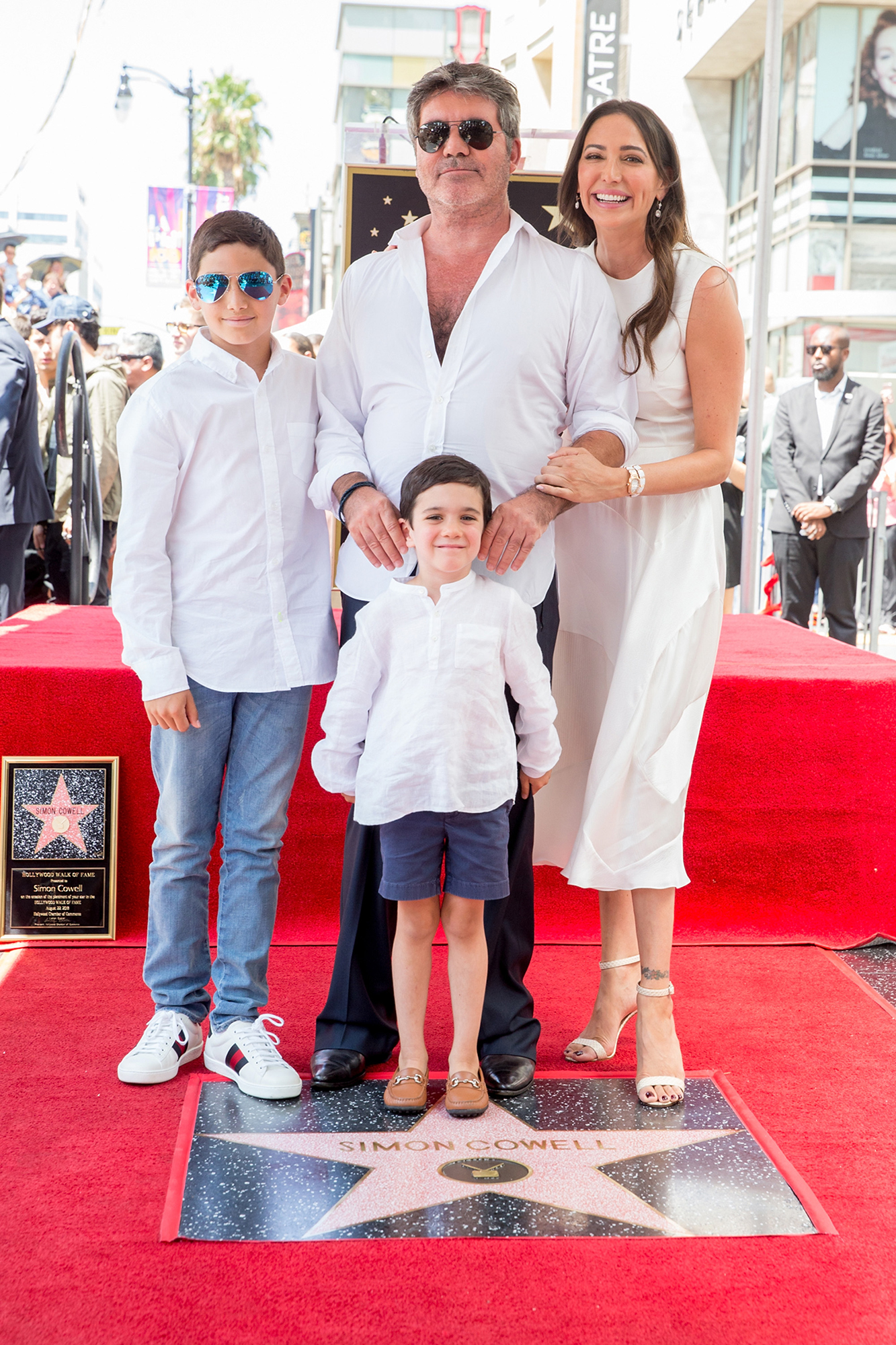 Among those edged out since she came on the scene is Jackie St Claire, Cowell’s best pal for decades. A one-time glamour model, they dated briefly but were very close for decades after.

St. Claire would go to the races at Ascot with him as his plus-one and was there when he proposed marriage to makeup artist Mezhgan Hussainy at Mr Chow’s restaurant in London in 2009. (Cowell exited that romance after two years, having got cold feet.)

But Silverman is said to have warmed up to some of Cowell’s old friends over time, including Seymour, who has gone on holiday and shared holidays and birthdays with them.

Cowell’s spokesman said there are no details yet about when or where the wedding might be. The producer and reality-show host is said to have gotten down on one knee on Christmas Eve while on holiday with Silverman in Barbados.

Silverman typically spends a week with him in London or at their house in Malibu, Calif., and then flies to New York to spend a week with son Adam, as part of her custody agreement with her ex. 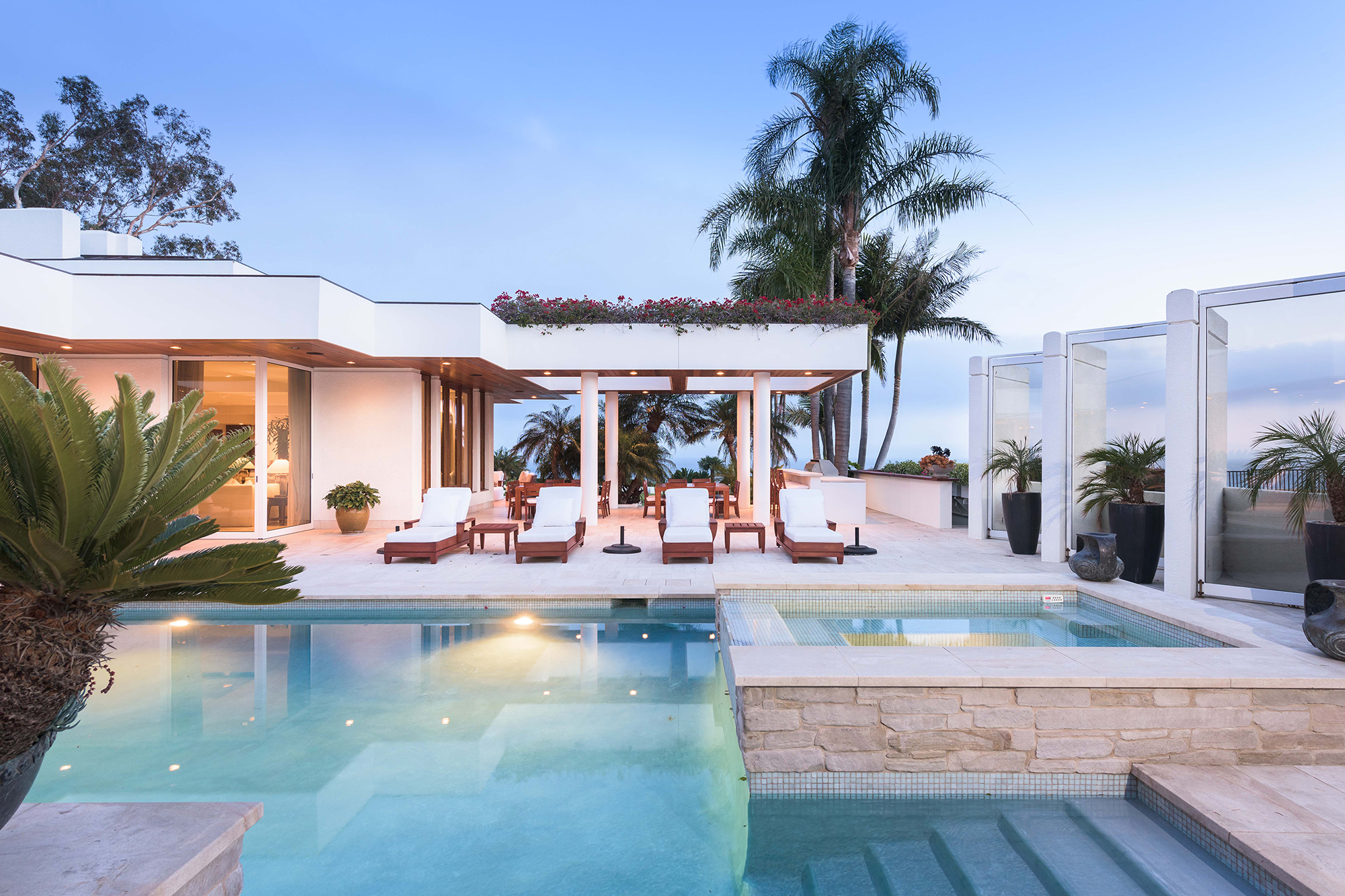 Others, though, deny this.

Lately, the couple have spent more time together than ever due to the pandemic and following a terrible accident in 2020, when Cowell fell off an electric bike, breaking his back and almost being paralyzed.

“Like everyone, we were in lockdown for a long time and that’s when you realize whether or not you actually enjoy each other’s company or not,” Cowell has said. “And we really really did … the romance is still alive. We’re closer than ever.”

According to a friend, the accident, the pandemic and changes in his career have all shifted Cowell’s priorities.

“He is someone looking for a new purpose, and perhaps he has decided that the time has come to grow up,” the friend told The Post. “There is a sense of him turning over a new page. I hear that he has been negotiating deals to come back as a music producer, as I think he’s coming to accept that his days of TV appearances are … coming to an end.” 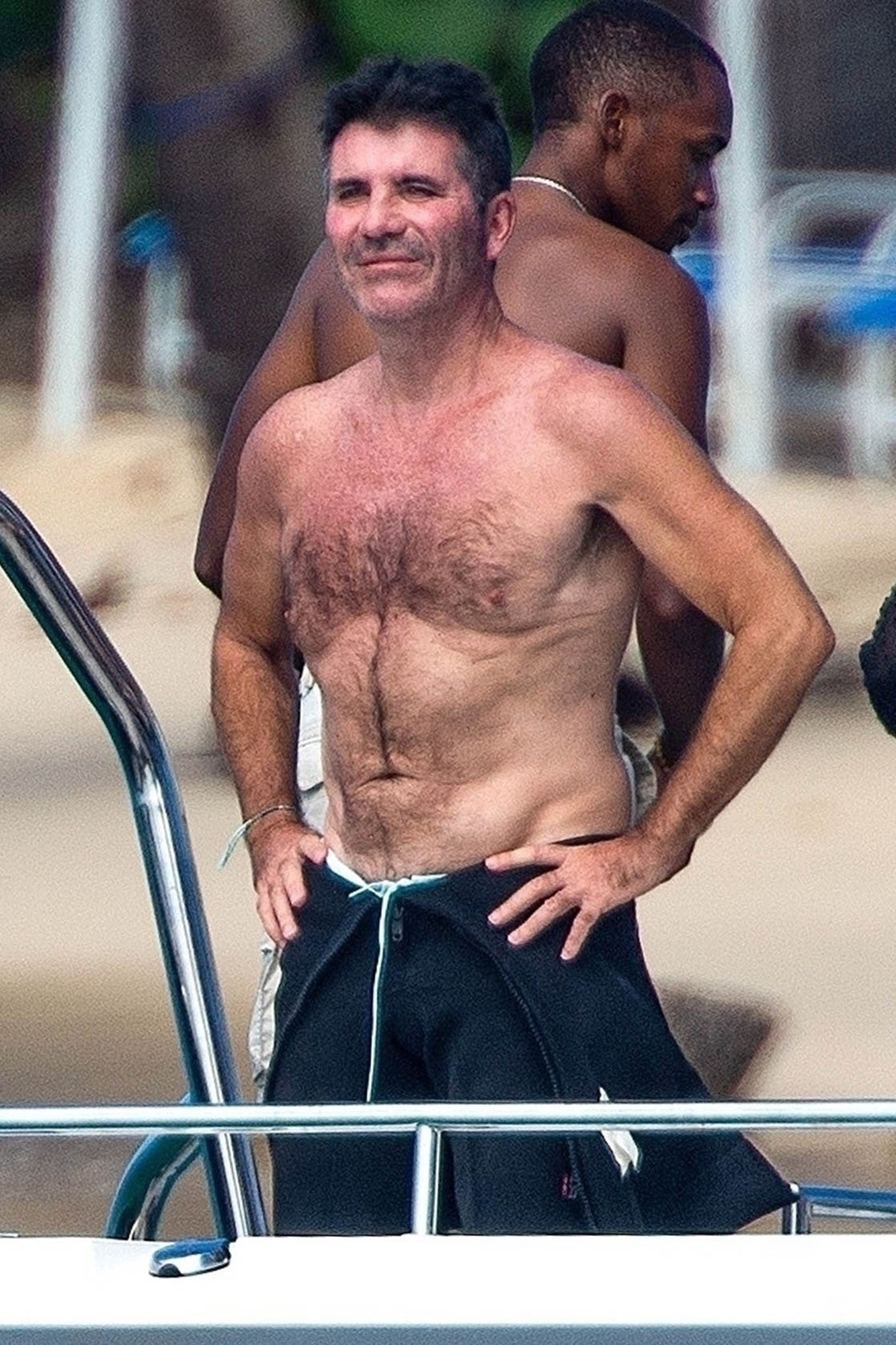 While Cowell is still a judge on “America’s Got Talent,” the cancellation of his show “The X Factor” in the UK last year is said to have weighed heavily on him.

A recent game show, “Walk The Line,” was also a flop in his home country, after Cowell changed his mind about being one of the judges at the last minute. Officially, he decided that someone else would do a better job; unofficially, word was that he backed out over fears that the show wasn’t going to work.

The COVID-related death of Il Divo star Carlos Marin at the age of 53 in December also affected him deeply. The band was one of Cowell’s discoveries on “The X Factor” and he posted on Twitter that he was struggling with the news, four days before he proposed to Lauren.

“He has been suffering. He’s suffered terribly physically because of his back and it has been a long path to fitness,” the Cowell friend said. “The failure of ‘Walk The Line’ was also a blow. There are intimations of mortality here. He has come to realize that he is not invincible.”