Home » Lifestyle » Spoilers: Pierce returns to cause trouble and huge heartbreak in Neighbours

Spoilers: Pierce returns to cause trouble and huge heartbreak in Neighbours 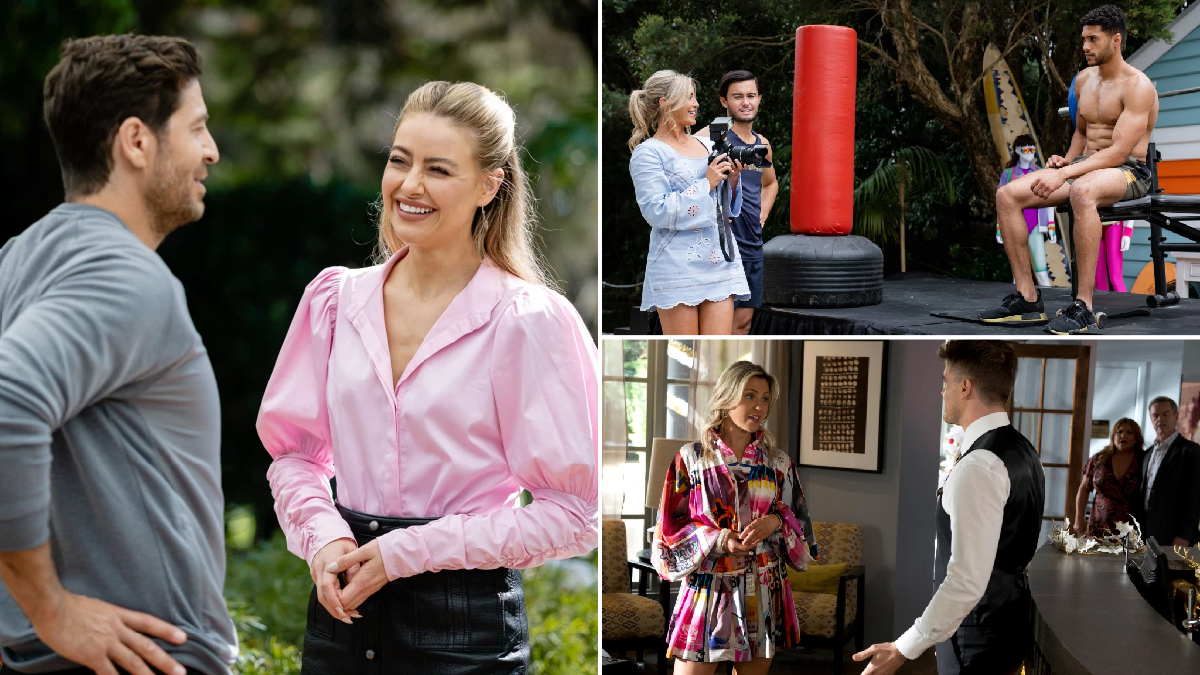 There’s a lot of unrest between the Neighbours this week, with a big return from Pierce (Don Hany) that ruffles many feathers, trouble brewing for Roxy (Zima Anderson) and poor Levi (Richie Morris) is having a heck of a time of it.

You’d be forgiven for thinking that Pierce might, just might be back in town for some quality father-son time. Unfortunately, that isn’t even on the agenda, and poor Hendrix (Benny Turland) is crushed when he learns the truth.

Part of that truth is Pierce has plans to upset the apple cart with Chloe (April Rose Pengilly) and Nicolette (Charlotte Chimes), because he’s really feeling that petty after learning Nic’s part in his divorce.

There’s heartbreak on the cards for Yashvi (Olivia Junkeer) and Ned (Ben Hall) when she discovers the truth and acts on it.

Levi is struggling through his heartbreak, and his behaviour is putting the fear of God in his family. Is he about to do something stupid?

And Amy (Jacinta Stapleton) and Roxy’s (Zima Anderson) beef is getting the better of them, to the point it could have some serious consequences.

Here’s what’s ahead in Neighbours.

Pierce is back but not for Hendrix

Pierce rocks back up in Ramsay Street and though Hendrix should be excited, he’s instead wary. Karl urges him to give his dad the benefit of the doubt and Hendrix caves, allowing his dad back in. Sadly for him, he’s headed for heartbreak when Paul Robinson gleefully learns Pierce isn’t back for his son, he’s back on business. And of course Paul doesn’t keep this to himself. Hendrix is floored by the revelation; he’s never felt more unwanted. Is this the end of their father/son relationship?

End for Yashvi and Ned as she discovers his lies

Ned didn’t do a very good job of trying to hide his feelings for Sheila C, especially when they accidentally announced them through Bea’s recording equipment. But while he and Yashvi managed to find their way through that, it would seem they’ve just been papering over the cracks. Yashvi discovers Ned has been hiding a secret sketch of Sheila C that he can’t part with, and she knows exactly what this means. It’s symbolic of his feelings. They decide to have a deep and meaningful, but they come to realise there is no way to fix this. Reluctantly, Yashvi agrees their relationship is dead in the water. Later, Ned decides he wants them to be friends and attempts to talk to her, but it’s too much too soon. And pushing it at this point could mean he loses her from his life for good.

Pierce drives a wedge between Chloe and Nic

Chloe is overly pleased to see Pierce. She’s drawn to spending time with him, which doesn’t go unnoticed by Nic, whose insecurities are raging. To make things worse, Pierce learns Nic was the reason his marriage crumbled after she planted the necklace that revealed his affair, and he has revenge in mind. He starts by playing on Nic’s insecurities about Chloe. Then later does the same to Chloe, telling her she’s rushed into this new relationship and needs time to grieve her mother. He’s determined to break these two up, will he be successful?

Levi is slowly on the mend after his accident, but he’s only healing his physical wounds. The emotional hurt from Bea is still raw and open. Sheila and Kyle desperately ask him to start looking after himself, worried what he might do if he doesn’t start seeing sense. Can they stop him before he does something stupid?

Amy’s heading for trouble with her Lassiters discount expiring, so she calls on Toadie to let her move in. Toadie is wary of this and tells her he’ll need to run it past Yashvi first, especially as she’s nursing a broken heart. But that’s not what Amy hears at all, she hears ‘sure Amy, grab your bags and head on in.’ Naturally, this does not go down well…

Is Roxy done for?

Roxy and Amy are still locking horns, and now Roxy is worried Amy is trying to get her out. Her fear is compounded when she spots Amy having a chinwag with HR. She goes to Terese to voice her concerns, but Terese assures her Amy can’t fire her without due cause. But will Amy find due cause?

Shortly after, she blames Roxy for another mishap and Roxy sees what she’s doing – her job is seriously on the line.