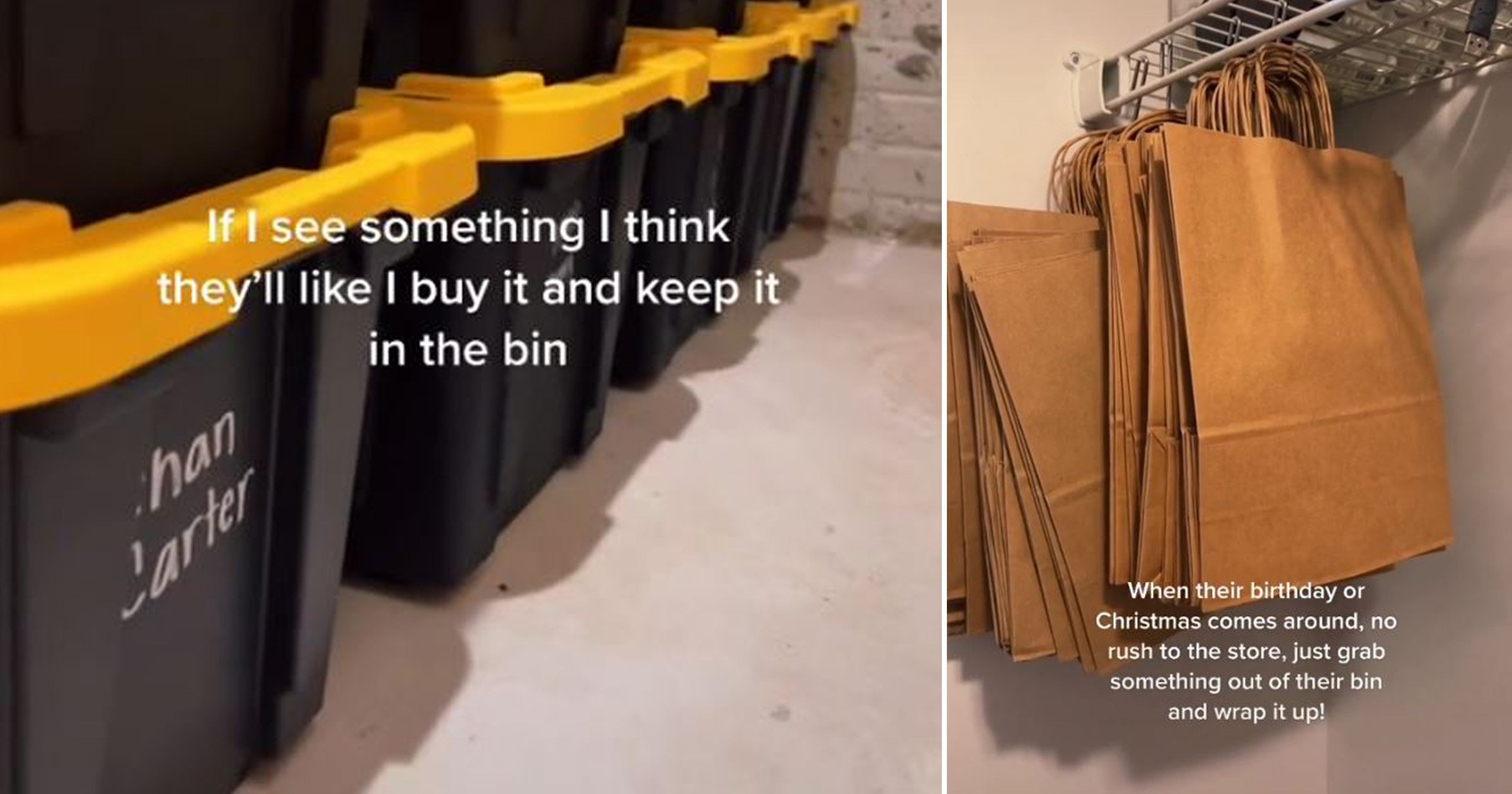 Many of us end up in a mad dash during December, spending the lead-up to Christmas in a whirlwind of wrapping paper and wishlists.

If that strikes a chord with you, you’re probably already exhausted, despite us now being just a few hours into the big day itself – and that’s not okay.

When you’re stressed with planning and rushing around to get last-minute gifts you don’t get a chance to enjoy the celebration, instead spending Christmas burnt out and tired.

But there is another way.

We often hear of Christmas preppers heading out to the Boxing Day sales to bag next year’s presents at reduced prices, and for the most part we assume they’re super organised and a little bit bargain-crazy. In reality, however, they have the right idea.

A recent video by Travis Manley on TikTok shows there’s a balance to be struck – and getting started with your planning now can save you a whole load of stress come next Christmas.

Travis – who goes by bigbagoflittledonuts on the social media platform – showed how he gets his gifting sorted each year.

Captioned ‘I was sick of stopping at Walgreens on Christmas Eve’, the video shows Travis’s basement filled with labelled storage boxes.

‘I keep bins in my basement labelled with friends’ and family’s names,’ he explains.

Continuing, Travis says: ‘If I see something I think they’ll like, I buy it and keep it in the bin.

‘When their birthday or Christmas comes around, no rush to the store, just grab something out of their bin and wrap it up.

This way, no panic buying – and you can spread the cost of Christmas and birthdays over the entire year.’

As Travis has ADHD, he says this is particularly helpful for him, and that it could be useful for any neurodivergent person who struggles to get organised.

Regardless of this, though, it’s a technique that can be used by anyone who finds the lead-up to Christmas taxing.

You don’t need the large tubs if you haven’t got space – an under-the-bed storage container would do the trick for most. Anywhere you can have everything stored away ready to be put under the tree next year.

To make things even easier, wrap things up shortly after you’ve bought them (with labels of course), saving a further job for future you.

Many people who gift shop last-minute say they struggle for ideas, but this way you’re not limiting yourself to one burst of creativity for all your presents.

Now, whenever you think ‘ooh, so-and-so would like that’, you don’t wait until the festive season when the idea is gone. Instead, just buy it, then store away for when December comes.

Travis’s video has now been liked over 2.1 million times, so there’s clearly a wealth of us out there who’d like to get a head start.

‘Wait this is so smart,’ said one commenter, while another wrote, ‘This is so thoughtful!! You are thinking of them all year long!’

That’s the beauty of this rolling way of prepping for Christmas; not only does it reduce stress levels come winter, but it also means you get truly perfect presents for your loved ones.

Just imagine their faces opening up something they pointed out in a shop while you were on holiday, or that one-of-a-kind piece you knew would fit them like a glove.

It’s enough to get you back in the Christmas spirit – especially when you know you won’t be as burnt out next year.