Surgery for women with birth injuries set to be subsidised again

Thousands of women who have been living with the pain of birth injuries have been given hope after an independent committee agreed taxpayers should subsidise an abdominal surgery that would help them.

The final decision on the subsidy rests with federal cabinet, but Health Minister Greg Hunt has previously promised to back additional support if it was recommended. 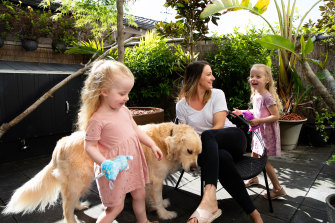 Kerrie Edwards’ 13,000-signature petition for Medicare to subsidise surgery for women with persistent abdominal separation after birth helped convince an independent committee it was needed.Credit:Janie Barrett

The decision of the Medical Services Advisory Committee comes after a years-long campaign and a 13,000-signature petition presented to Parliament. This was backed by a political push from Liberal MPs Fiona Martin, Bridget Archer, Katie Allen and Celia Hammond, reported in the Herald and The Age.

The procedure for post-pregnancy abdominal separation, known as rectus diastasis, was removed from the Medicare Benefits Scheme in 2016 over concerns it was being used as a loophole to have cosmetic surgery. Because there was no Medicare item, private health insurance wouldn’t cover associated costs, making it prohibitively expensive.

Sydney woman Kerrie Edwards started the petition after being quoted $20,000 to fix the abdominal separation that persisted years after her twin daughters were born.

She said the advisory committee’s recommendation to reinstate subsidies showed people power could have a real effect.

“It’s going to be just life-changing for so many, so many mothers out there who are afflicted with this postpartum injury,” she said.

She has spoken with some people this week who had dipped into their superannuation or refinanced homes to have the surgery in recent years.

“They feel a little bit ripped off, but they are also very happy for the fact that there’s so many other people that will benefit greatly from this.”

Dr Martin sees the victory as an example of women championing women’s issues, and says it is also a win “on the long path in lifting taboos related to women’s health”.

“It is unfortunate that this type of surgery was too easily dismissed as a cosmetic tummy tuck, when in fact it restores dignity and quality of life to women enduring chronic pain, incontinence, and diminished ability to care for their own children,” she said.

The Australian Society of Plastic Surgeons, which requested the relisting, estimates 3500 women annually suffer moderate or severe abdominal separation and back pain and only a quarter would want surgery, costing taxpayers less than $440,000 a year.

The MSAC advised Mr Hunt that while “there were uncertainties in the evidence base” it was still both effective and cost-effective. It proposed the listing be reviewed two years after the subsidy starts “to ensure that use of the item does not extend beyond the intended population or to purely cosmetic purposes”.

It recommends the surgery be made available to women whose abdominal separation is at least 3cm and persists more than 12 months after they’ve had a baby despite them trying to fix it through exercise, physiotherapy or weight loss.

Mr Hunt is now working to respond as quickly as possible to the recommendations.

“The minister’s commitment remains unchanged and this is a deep personal passion,” his spokesman said.

The government needs to consult the medical sector and make sure it has enough lead time to deal with any new items before they are listed.

ASPS president Dan Kennedy expected the subsidies would be in place in the second half of 2022.

“For those women who need it, this is medically-necessary reconstructive surgery that restores functionality to women, and allows them to resume normal physical activities such as picking up their children or playing sport without pain,” he said.