Teresa Giudice ‘had no idea’ Luis Ruelas was going to propose

Teresa Giudice love, love, loved how her fiancé, Luis “Louie” Ruelas, took her by surprise when he popped the question in Greece last week.

“The proposal was amazing,” the “Real Housewives of New Jersey” star, 49, said on Amazon Live Thursday, according to Entertainment Tonight.

“I had no idea. I thought we were just going on vacation!”

Giudice said a group of friends said they were going to dinner and that there was a party on the beach. When she stepped on the sand, she saw Ruelas, 47, with candles and a big golden sign that read, “Marry Me.”

“I was like, ‘Oh my God!’” the reality star shared during the livestream. “I started crying and it was really nice.”

She added, “As he’s [proposing], the sparklers are going off and then the fireworks are going off, so I’m like a little kid, just looking all around.”

Ruelas got down on his knee with a stunning oval-cut diamond ring, which is estimated to cost $300K.

Giudice said the New Jersey-based businessman then told her, “So, babe, will you marry me?,” to which she replied, “Yeah!”

“It was really magical,” the “Ultimate Girls Trip” star said. “It was so beautiful. I’ll never forget it. It was like something you always wanted.” 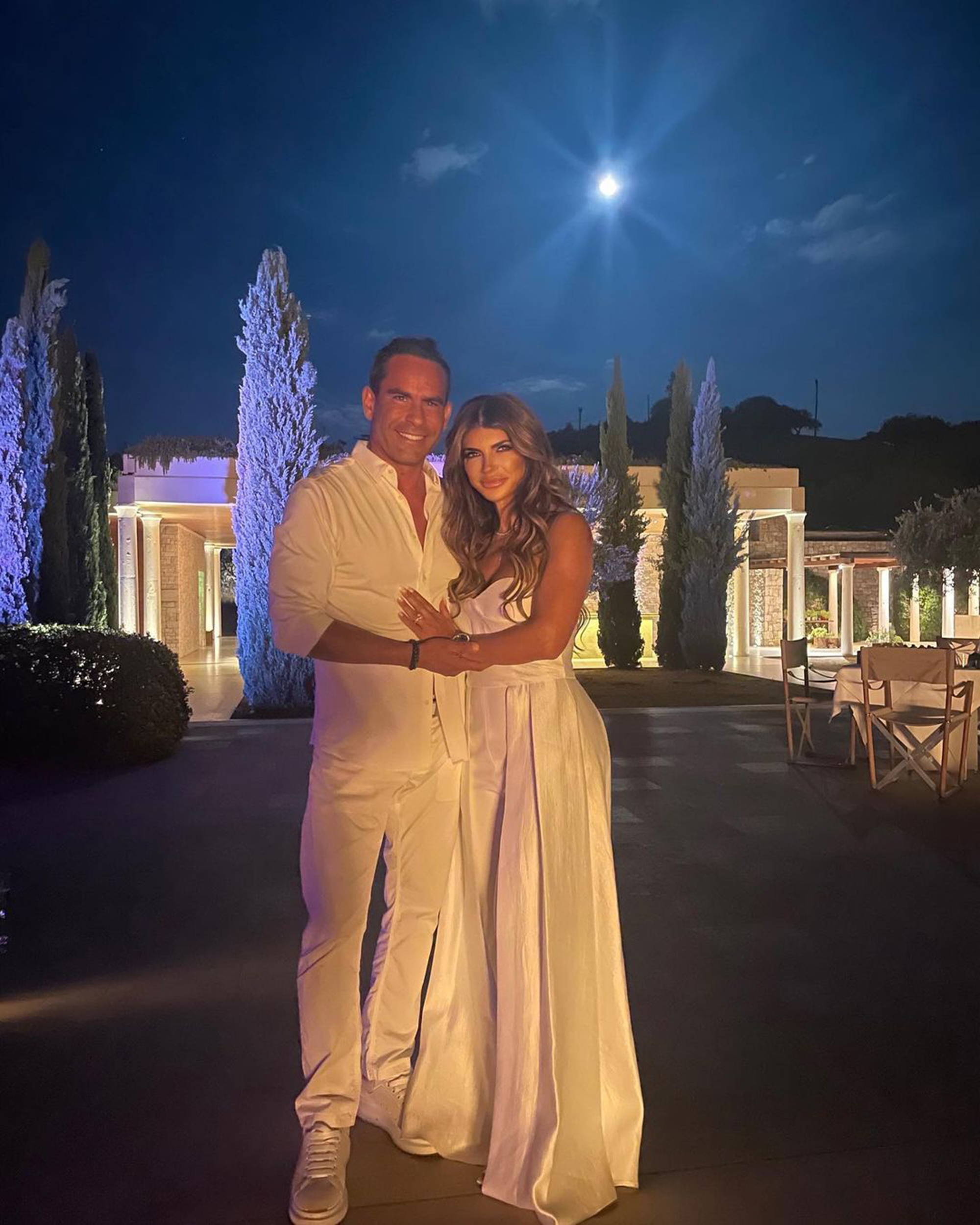 People magazine, who broke the engagement news on Oct. 21, previously revealed that the happy couple celebrated with their friends until 5 a.m. with champagne and a surf-and-turf dinner at the Amanzoe Resort’s restaurant, Nama.

A few days later, while still on vacation in Greece, Giudice gushed on Instagram, “My everything ❤️,” in the caption for a shirtless photo of her fiancé.

Giudice began dating Ruelas in July 2020 amid the “Skinny Italian” author’s divorce from husband Joe Giudice after 20 years of marriage. They recently moved into a new $3.3 million New Jersey home.

The newly engaged pair has six children between them. Teresa shares daughters Gia, 20, Gabriella, 17, Milania, 15, and Audriana, 12, with Joe, 49, while Ruelas is dad to sons Louie Jr. and Nicholas.