The key takeaways from two new documentaries on Britney Spears

Over the past week, two new documentaries on Britney Spears have appeared, one from The New York Times and one from Netflix. The timing is no accident: on September 29 (LA time) a court hearing is scheduled that may decide whether or not the 39-year-old singer is liberated from the conservatorship that has controlled her finances, her career decisions and many aspects of her private life for the past 13 years.

For the deeply obsessed fans who have tracked every micro-development there’s not that much truly new in either Controlling Britney Spears, which was released by The New York Times in the US last Friday and will screen on Nine (owner of this masthead) next Monday, or in Britney vs Spears, the Netflix documentary that was two-and-a-half years in the making but was forced to undergo a major recut after an earlier NYT documentary, Framing Britney Spears, was released in March. 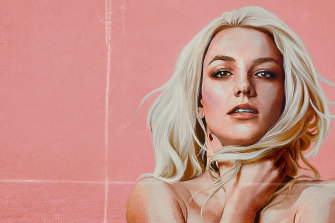 Artwork for the Netflix documentary Britney vs Spears. Credit:Netflix

But for the rest of us, the two combine to paint a harrowing picture of the very deliberate steps taken to prevent Spears from regaining her independence and, at the same time, to ensure she keeps working and earning money for those ostensibly looking after her best interests.

So, what are the key takeaways?

Britney has always wanted out
The conservatorship over Britney’s affairs was granted to her father Jamie temporarily in February 2008 and made permanent later that year. He has always contended that Britney was a willing partner in this arrangement, that she realised her life was in a downward spiral. But the two films make it clear that was not her view at all.

From Britney vs Spears we learn that Britney first attempted to break free of the arrangement in September 2008. Cinematographer Andrew Gallery read from a letter Britney had given him, asking that he read it on TV. He never did, opting instead to hand it over to the conservatorship team, though he did keep a copy.

We learnt too that in January 2009 a meeting was set up in a bathroom between Rolling Stone journalist Jenny Eliscu and Britney, to which the former brought documents that the latter signed in a bid to get her own lawyer (ostensibly, her interests had been represented by a court-appointed lawyer until July, when she was finally allowed to appoint her own).

A week after this, the court ruled that Britney lacked the capacity to make such a call, while lawyers for the conservatorship questioned whether the signature was even real.

They really are watching her
From the New York Times documentary we learned that every aspect of Britney’s life was controlled and managed by people who were supposedly there to look after her.

Alex Vlasov, former assistant to a man called Edan Yemini, owner of Black Box security, was the star witness. He claimed Britney’s phone was secretly mirrored so that Yemini, Jamie Spears and a woman called Robin Greenhill – who works for the business management company Tri Star – could read every text message or email she wrote or received, listen to her phone calls, see her photos, and trace her whereabouts. He also claimed they installed a listening device in her bedroom.

“Britney could not have someone in the privacy of her house without those three people knowing,” Vlasov said. “Security was put in a position to be the prison guards essentially.”

God is in the details
The mysterious Tri Star – whose website features images of artists including Cher, Tina Turner and Fleetwood Mac, implying professional relationships without actually claiming such – also appears in Britney vs Spears.

Its principal is Lou Taylor, who first surfaced on TV in 2008 speaking on behalf of the Spears family and invoking the spirit of God to intercede on their behalf at this troubled time (her husband Rod is head pastor at Calvary Chapel Brentwood).

The Netflix doc wonders how much influence Lou Taylor wielded, but the filmmakers reveal that in response to their probing they received a letter from lawyer Charles J Harder, representing Taylor, advising them to back off.

He adds that “Tri Star representatives were paty to certain conversations relating to the issue of a possible conservatorship,” but insists, “Tri Star did not advocate for or against the creation of a conservatorship, because it was not their place to do so.”

Britney earns millions, but is broke
Former head of wardrobe Tish Yates tells a story in Controlling… about Britney spotting a pair of Skecher sneakers in a shop window one day during her four-year Las Vegas residency, during which she played 248 shows and grossed $US139 million. She asked someone to pick them up for her, but all decisions on spending had to be run past the conservatorship. Word came back that Britney was broke and didn’t have any money to spend on Skechers.

Yates says she ended up charging them to the wardrobe account, claimed they didn’t work for stage, and gave them to Britney.

While Britney was having to stick her hand out for a paltry allowance, her father Jamie was on a $16,000 per month retainer, plus 1.5 per cent of revenues from the Vegas shows and associated merchandise. Court documents unearthed by The New York Times revealed that in 2008 Tri Star was on a deal that gave it 5 per cent of Britney’s gross earnings. 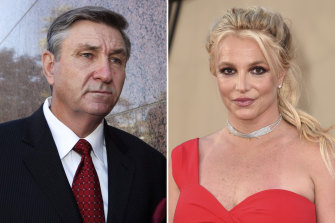 Britney was drugged, and involuntarily committed
One of the more surprising aspects of the Netflix documentary was the favourable (and unchallenged) hearings it gave to two men who have typically been cast as pariahs in this narrative: paparazzo-turned-boyfriend Adnan Ghalib and self-professed manager and “sometime friend” Sam Lutfi.

The former casts himself as someone who did his best to fight her corner, helping to get the legal documents to Britney in a bid to choose her own lawyer. The latter denies the oft-repeated claim that he crushed pills and put them in her food without her knowledge, arguing that if that were seriously suspected someone would have reported him to police, and he would have been investigated and charged (which never happened).

But Britney was drugged – by her own medical team. A medical assessment from 2012 ruled that depending on workload, Britney would be fed more or fewer stimulants. Her team liked the way they perked her up for appearances on stage or as a judge on The X Factor, even though her father was uneasy about them.

In the Times documentary, Vlasov claims Britney’s stint in a psychiatric institution in early 2019 was involuntary – directly contradicting the story told by her father. He claimed to have text messages from her to that effect. He also claimed to have copied a USB drive containing all the mirrored data from her phone, which he had been ordered to destroy by Yemini. 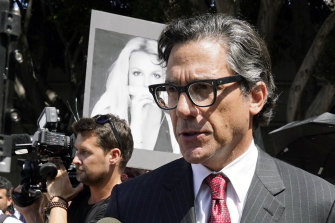 Her carers suggested Britney had dementia
In Britney vs Spears, we see the application for a conservatorship lodged by Jamie Spears in January 2008 – including a box ticked to indicate the conservatee, Britney, has dementia.

That was, the filmmakers suggest, critical in having the application rushed through. Ordinarily, Britney would have been granted five days notice; dementia allows that to be waived. Coupled with the presentation of Lutfi as a predator out for her money (a view many fans on the Exhale online forum still hold), that ensured Britney had no opportunity to appoint her own lawyer and contest the proposed legal arrangement.

It’s time to free Britney
These two new documentaries, plus the Times′ earlier Framing Britney Spears, make it almost impossible to conclude anything other than that the conservatorship is a travesty. Though she has made some confusing statements at times on social media and elsewhere, in private Britney has clearly and consistently made the case for ending the arrangement since 2008. Her heartfelt address to the court on June 23 took those private pleadings into the public realm in a substantial way for the first time.

She may have been kept in a gilded cage, but Britney Spears has clearly been almost a slave at times over the past 13 years, directed when, how hard and for how long to work. She has been drugged, institutionalised and held a virtual prisoner in her own home. Others have made millions while she has had to ask for money to buy books for her kids or sneakers for herself.

In short, it’s impossible to see how a court could do anything other than free Britney from a legal arrangement that has clearly failed in its ostensible aim of looking out for her best interests.