Drag artist, trans advocate, and one of the best And I Am Telling You I’m Not Going lip-synchers in Melbourne: Rian Difuntorum, aka Aysha Buffet, is living proof that there’s more to drag beyond RuPaul’s Drag Race.

She has styled for The Real Housewives of Melbourne’s Jackie Gillies. She was a Lululemon Proud & Present Ambassador. She won the first Australian Dragnation competition. And she was one of the first trans women of colour to walk the runway at Melbourne Fashion Week last year. 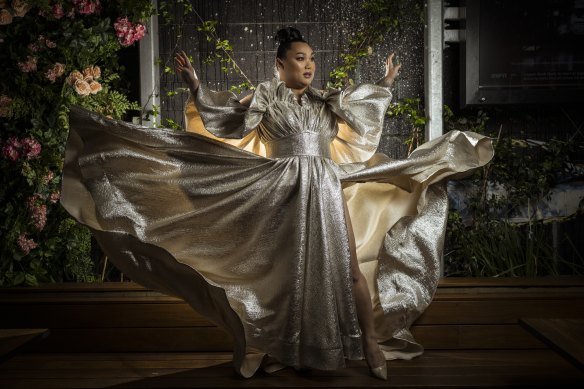 Within the local drag scene, where your future gigs are riding on each death drop, it’s all about the hustle. This is why Difuntorum lives by the mantra, “It’s on like Donkey Kong”. Yet, she says this incredible effort injected into local drag is often overshadowed by – and judged upon – one TV show.

RuPaul’s Drag Race, a reality competition series that has been running since 2009, is widely referred to as “the Olympics of drag”. But Difuntorum says she’s declined two offers to compete on the Australasian spin-off, despite its global fame.

“It’s been both a blessing and a curse. The blessing is that it’s made drag so acceptable to the mainstream community … The curse is that Drag Race is now used as a measure and the benchmark for what people expect of drag in general.”

Drag has descended on hens’ parties, corporate gigs and weddings thanks to the 26-time Emmy award-winning show – all of which has filled queens’ schedules and wallets. But Difuntorum says the show has set an unrealistic precedent too: there’s now an expectation that all drag artists must sing, dance, act, do stand-up, and design.

And, even if local drag artists wanted to test their comedy chops or develop their dancing skills, Melbourne venues aren’t equipped to allow for such variety in every show.

The Filipino-born fashionista regularly entertained at the Greyhound Hotel, a former St Kilda nightclub known for its drag and cabaret. It featured local powerhouses like Karen from Finance, Art Simone, and Paris The Drag Queen but “drag was not the focus”, Difuntorum says.

Producing full variety shows and complete “looks” is also not cheap, and it takes a lot of time too. Difuntorum says some drag artists have been known to spend upwards of $30,000 on their season of Drag Race. 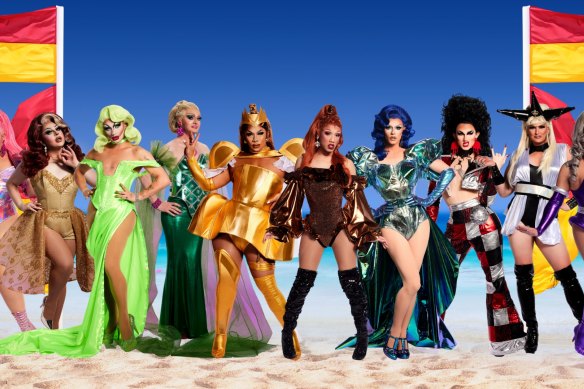 Two things are frequently overlooked in local drag, Difuntorum says. Different from the US show – which was the first peek into drag for many outside of the LGBTQ community – Melbourne drag humour is “dry and crass”, toeing the line between hilarity and outright insult. Meanwhile, its “humble and relaxed” nature keeps everyone grounded in a safe and tolerant space.

The other is diversity. Melbourne drag celebrates a melting-pot of performers, not only cisgender gay men in drag but AFAB Queens (cisgender female drag artists), trans drag artists like Difuntorum, non-binary drag artists, and drag kings. Much of it isn’t representative of a gender at all, says Difuntorum.

“No one gets to see any of that because everyone has lifted up Drag Race so much that people just want to see drag queens.”

“Anyone that follows drag religiously actually follow the locals,” Difuntorum says. “It’s just the outsiders of the queer community that have a really high expectation, or an unrealistic expectation, of drag because of what they see on TV.”

Between Melbourne Fringe’s Dynasty: Dragon & Dumplings, Summer Camp festival, weekly trivia and a hosting gig at the Illuminate the River festival, Difuntorum’s schedule remains packed, proving that Melbourne’s drag scene is well-and-truly thriving. But could Drag Race still be part of her journey?

“I’d want to do it as my authentic self,” she says. “I would like to do it post-surgery [gender affirmation surgery], but also going in to win. I want to win for myself and go, ‘yes, I’m actually worthy of winning’.”