Part-time members at the tribunal that reviews government decisions will now have to track their hours using timesheets after the Auditor-General raised questions about how much some had been paid.

The Administrative Appeals Tribunal is also taking legal advice about how it pays part-time members to make sure it properly applies the rules set by an independent body. 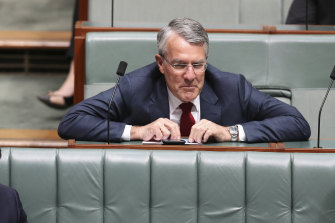 It is now paying part-time members for the time they spend on cases rather than upon the finalisation of matters.

An Auditor-General report on its audits of the financial statements of government entities included a special review of payments to “sessional members” of the AAT’s migration and refugee division.

It found “a small number of members were paid more than the equivalent full-time salary”, although there were no rules preventing this. A closer examination of payments to six of the 27 part-time members in the division found they were consistent with the number of cases finalised.

The audit office also found some cases where a member’s fortnightly payment was for more than 14 days’ worth of work, given a rule that payments should not be made for more than seven hours per day. It said the AAT had “limited documentation” to show compliance with the seven-hour rule because some cases might take an extended period to finalise.

As well, payments are weighted based on the complexity of cases, which the audit office said meant remuneration “may not be consistent with actual time spent”.

“As [migrant and refugee division] sessional members do not keep time records the ANAO could not readily verify the validity of weightings applied,” its report said.

“AAT advised that it would move to time spent (timesheets) rather than case finalisation basis for all divisions in December 2021 for all part-time members.”

A spokeswoman for the tribunal confirmed the move to using timesheets had occurred.

“Arrangements are now in place to pay part-time members on the basis of time spent rather than upon finalisation of cases,” she said.

“The AAT confirms previous payments were made in accordance with the AAT’s internal guidelines in place at that time and were consistent with the number of cases finalised by members.”

The tribunal also told the Auditor-General it was taking legal advice on the guidelines and procedures it uses to pay members, including whether the seven-hour rule is being applied properly.

The 324 part-time members were paid a total of $23.4 million in 2020-21. Those in the migrant and refugee division reviewed by the Auditor-General accounted for $2.4 million of this.

The audit office took a closer look at the arrangements after shadow attorney-general Mark Dreyfus wrote to the Auditor-General to highlight potential overpayments of fees to part-time members.

Mr Dreyfus told The Sydney Morning Herald and The Age the AAT’s decision to take legal advice on its remuneration practices was “long overdue”.

“Labor first raised this with the government in April, and only now, eight months later, is this even being looked at,” he said.

“The amounts that have been paid to some part-time members of the tribunal have been self-evidently ridiculous – sometimes as much as $70,000 more per year than equivalent full-time members. But the Morrison government has watched on with indifference.”

AAT records have previously shown some part-time members across divisions were paid in years in which they worked zero hours, the Sydney Morning Herald and The Age reported in October.