In the 18-minute online class, Montagu, 47, who has four children with her husband Luke, is seen performing classic yoga moves – including the downward-facing dog – right beneath an impressive fireplace adorned with the family crest.

Wearing a simple khaki vest and loose grey loungewear, with her blonde hair tied back in a ponytail, the aristocrat tells the audience that practising yoga ‘keeps me together’ and says she ‘doesn’t know where I’d be without it’. 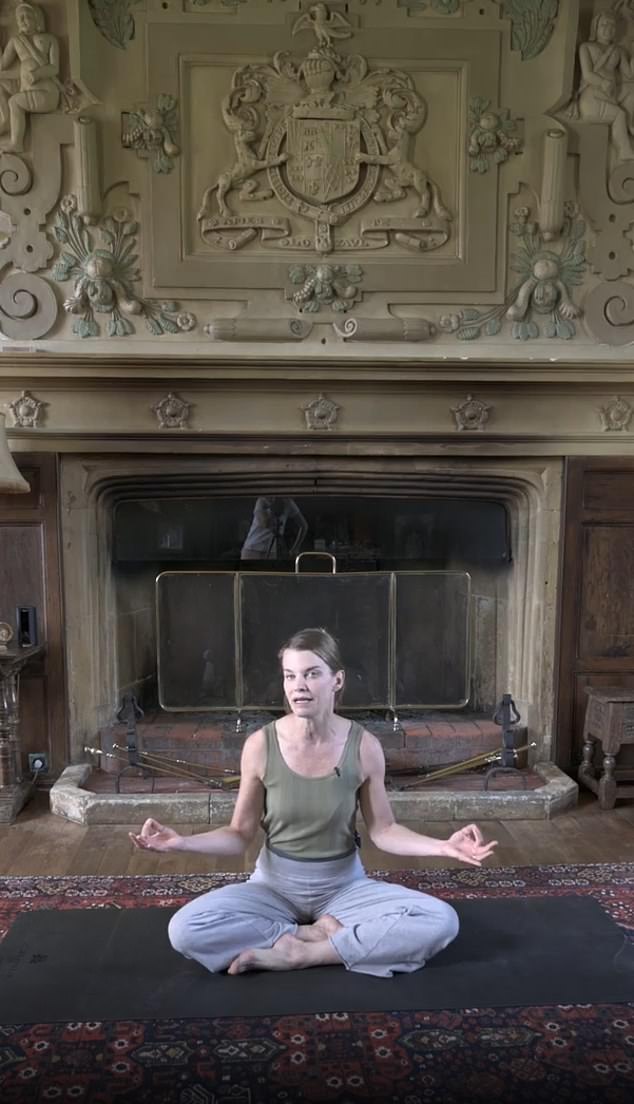 Viscountess Hinchingbrooke, also known as Julie Montagu, 47, grew up in the US but is married to the Earl of Sandwich and lives at the Mapperton Estate. In her latest yoga video, the aristocratic instructor takes her audience into the Great Hall at her home, which has been called ‘England’s finest manor house’ 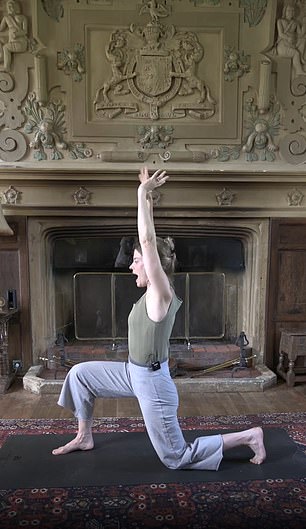 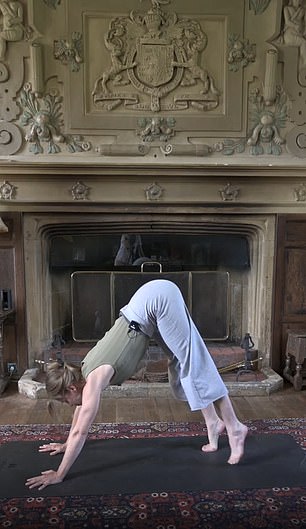 After pointing out the heritage of the fire place, which includes a 1604 family crest, Montagu embarks upon a series of yoga moves on a mat in front of the historic hearth. Right: Among her repartee is the downward-facing dog 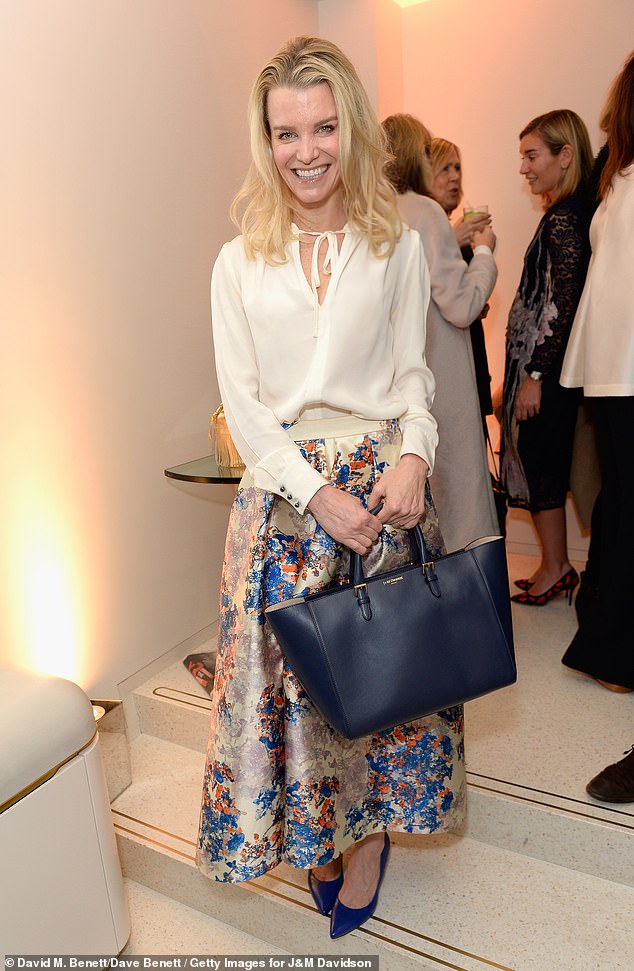 Julie Montagu, Viscountess Hinchingbrooke (pictured in 2016), 48, last year revealed that her family home made a loss of £250,000 from lost tourist revenue because of the pandemic

The yoga class doubles up as a history lesson as the Viscountess tells her audience about the unique 1604 coat of arms behind her in the Grade I listed Jacobean manor.

She says: ‘This is a place that I do love to do yoga. Sometimes I will have the fire on when it is freezing because, let’s put it this way, the heating isn’t brilliant.’

Montagu explains that the heating must be kept on a low level due to the historic – and delicate – paintings and upholstery in the room.

The video lasts 18 minutes and has has had over 7,000 viewers so far. She finishes the class by telling viewers that she hopes they’ll soon be able to return in person to Mapperton Estate. 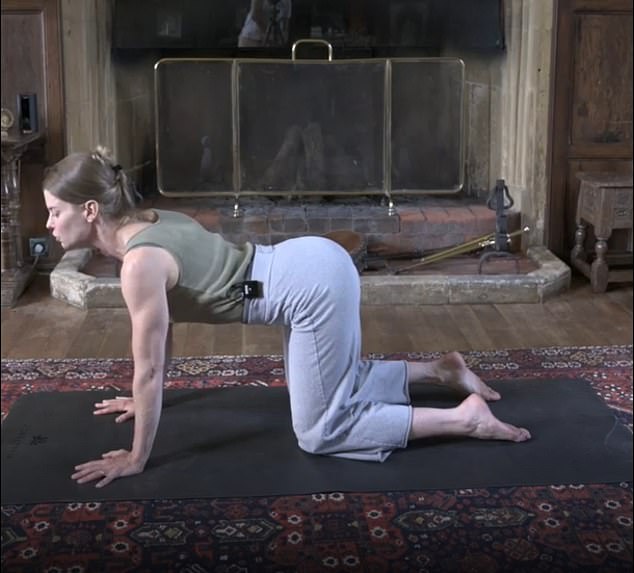 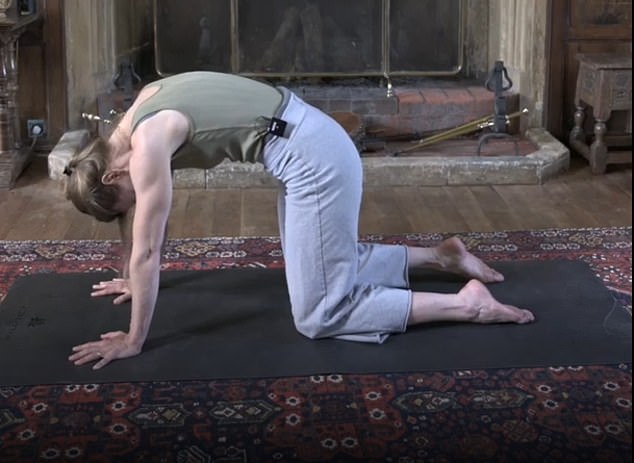 To bolster the family’s finances, the Montagus have previously let the house out as a film location and it was seen in both the 2015 film Far From The Madding Crowd with Carey Mulligan and the 1996 adaptation of Emma starring Gwyneth Paltrow 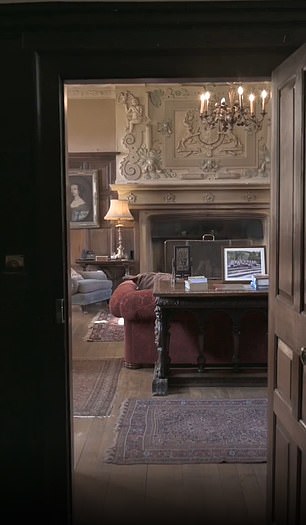 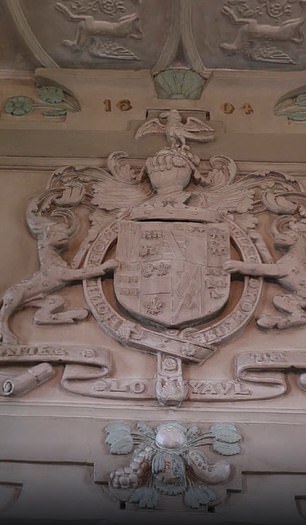 Explaining the heritage of the room, Montagu tells her audience she frequently does yoga in the room, saying: ‘This is a place that I do love to do yoga. Sometimes I will have the fire on when it is freezing because, let’s put it this way, the heating isn’t brilliant.’ 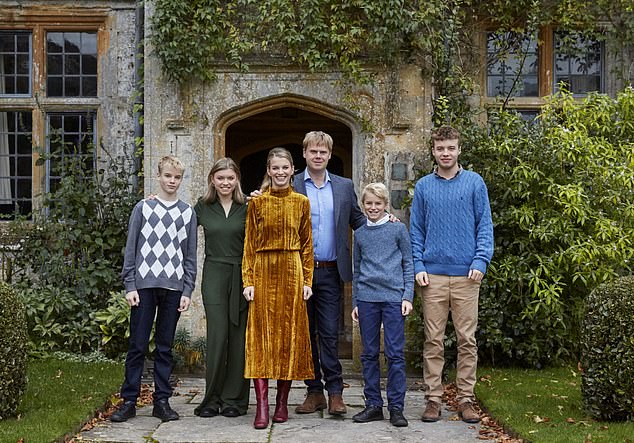 Julie pictured with her husband Luke, Earl of Sandwich, and children William, Emma, Nestor and Jack at Mapperton House – the family’s magnificent Jacobean pile in Dorset

Built in the 1540s with additions in the 17th and 18th centuries, the Montagus’ country pile Mapperton House has been dubbed by Country Life magazine the finest manor house in England.

Spread over three floors and three wings, the house boasts 16th-century plaster ceilings and 18th-century panelling, as well as the Sandwich collection of pictures and furniture that reflect the family’s contribution to Britain’s naval history. 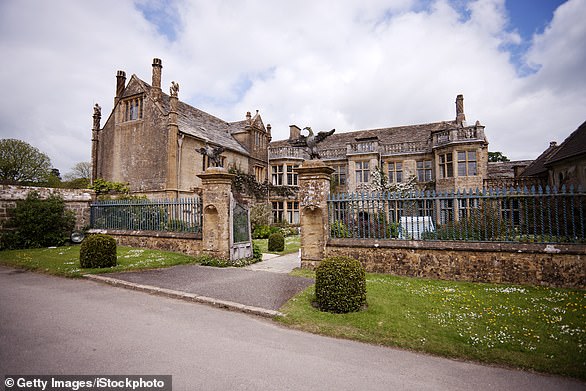 The fourth earl is said to have invented the sandwich some 250 years ago when he decided to wrap his food in bread to avoid dirtying his hands as he ate.

But it is also said that in the 17th century the first earl invented the choc ice when he chilled down liquid chocolate from Spain with snow and salt.

To bolster their finances, the Montagus let the house out as a film location and it was seen in both the 2015 film Far From The Madding Crowd with Carey Mulligan and the 1996 adaptation of Emma starring Gwyneth Paltrow.

Usually boasting 200 visitors a day in high season, the estate was only able to reopen its gardens on the weekend and still lacks the usual tourists from abroad and elderly guests that it relies on.

Julie, who usually spends most of her time at the family’s south London home, admitted: ‘I know I’m very lucky to be here, but I’ve never been so shattered in my life — and I was shattered before.

‘Until lockdown I’d never appreciated what goes into running this house. People think living here is like something from a fairytale when it’s nothing like it at all.’

But getting more involved at Mapperton has also represented a new freedom for Julie, who for years was unable to spend much time there as she was holding the family together at their south London home.

Julie – who has four children – Emma, 21, and Jack, 18, from her first marriage, and William, 15, and Nestor, 13, with Luke – supported Luke through his recovery from prescription drug dependency following the misprescribing of anti-depressants and sleeping pills after a bad reaction to a sinus operation.

Her husband was unable to work for three years after his medication was wrongly stopped abruptly in 2009, and she became the primary breadwinner until he received a substantial settlement for medical negligence in 2014.

With little income or support, Julie effectively became a single mum and a carer, and was forced to be resourceful.

‘What happened to my husband was awful. But when you’re going through really difficult times you have to look after yourself in order to be able to look after others.