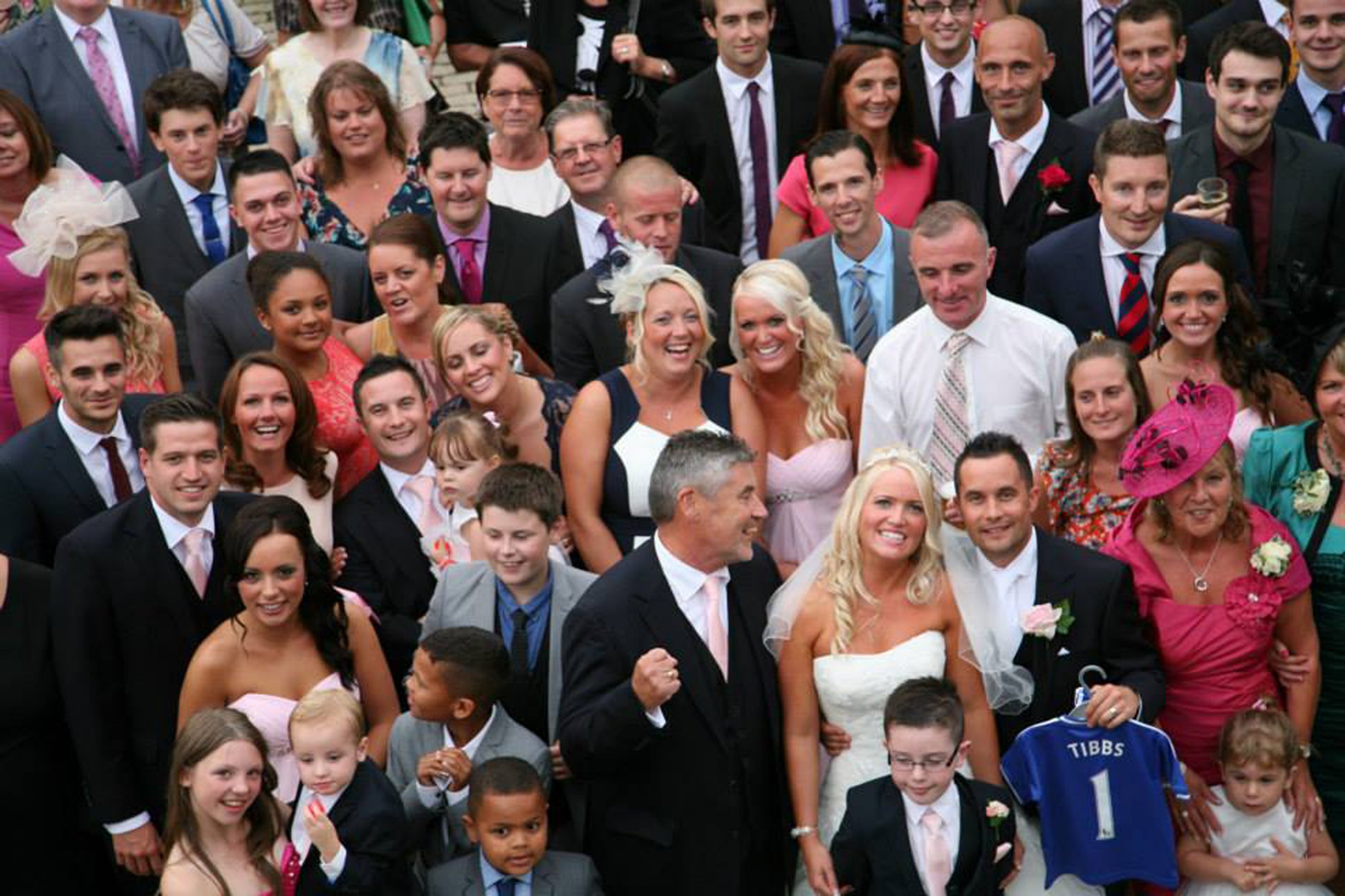 A couple who struggled with fertility issues have shared how they had miracle twins, after wedding guests’ kind gifts funded their IVF.

Marc and Nikki Tibballs received generous donations totalling £6,000 from their family and friends, after they found they would be unable to conceive naturally and their one free IVF round on the NHS failed.

When guests began asking about their wedding plans – and what they could be bought as gifts – the pair decided to ask whether attendees might want to contribute to treatment instead.

Nikki, 40, explains: ‘We already had our home, our kitchenware and furniture, the only thing missing from our lives was children.

‘We were really unsure whether to ask people to help, we didn’t know if it was cheeky or rude, but in the run up to the wedding people asked us constantly what we wanted as wedding gifts, but there was only one thing we wanted.

‘A friend wrote a poem for our invites and it seemed the perfect way to let people know our polite request.

‘We made sure everyone knew they were under no obligation at all to but if they were unsure what to bring as a gift, this was the most precious gift they could help with.’

Years prior to the wedding, Nikki had found out that her fallopian tubes were blocked, which meant she would struggle to fall pregnant naturally and if she did conceive, it would be an ectopic pregnancy.

As a result, she decided to have her tubes removed, and the pair proceeded to look at other options.

The couple had one funded attempt on the NHS but sadly it failed.

Nikki said: ‘After our failed round on the NHS, we decided we needed a break from it all. Before we started our IVF journey Marc, 42 has proposed so we focused on the wedding.’

The couple married in August 2013 and they were amazed by the financial help they received.

Speaking about the speeches on their big day, Nikki said: ‘My dad thanked everyone for helping to play a part in making our dream of a family come true.

‘They knew it meant everything to us and that made their gift even more special.’

Although the next round of IVF had to be abandoned due to Nikki not responding to the medication to produce eggs, thanks to their wedding guests they were able to try for a third time.

But they knew it was their last chance.

‘We didn’t have any money left, so we were just hoping and praying that it happened,’ said Nikki.

The IVF cycle at The Fertility Partnership’s (TFP) Oxford Fertility clinic was successful, and just two weeks later Nikki and Marc found out they were expecting.

Both Nikki and Marc are identical twins and their non-identical twin sons, Freddy and Olly were born at 37 weeks in November 2014.

‘Having twin boys was such an incredible blessing for us.’

Freddy and Olly are now six years old and Nikki said: ‘Our little monkeys love football, they are thriving at school.

‘They love being outdoors and support Liverpool, Marc didn’t give them a choice, despite my dad buying a Chelsea shirt for his future grandchild.’

It must be even sweeter for the pair enjoying their babies’ growing up, knowing they came into the world thanks to the goodwill of their loved ones.

Get in touch at [email protected]