How to make HEALTHY KFC: Foodie shares her recipe for crispy chicken and ‘supercharged’ sauce – after losing eight kilograms in just five months

An Australian woman has revealed how to make ‘healthy KFC’ at home, after losing eight kilograms in just five months.

The 22-year-old woman shared the recipe for southern-style chicken strips and chips on TikTok and said including sauce it is just 370 calories per serve.

The young woman’s video starts with a bowl of raw chicken – she adds a teaspoon each of paprika, garlic powder, onion powder and cayenne pepper before seasoning with some salt and pepper. 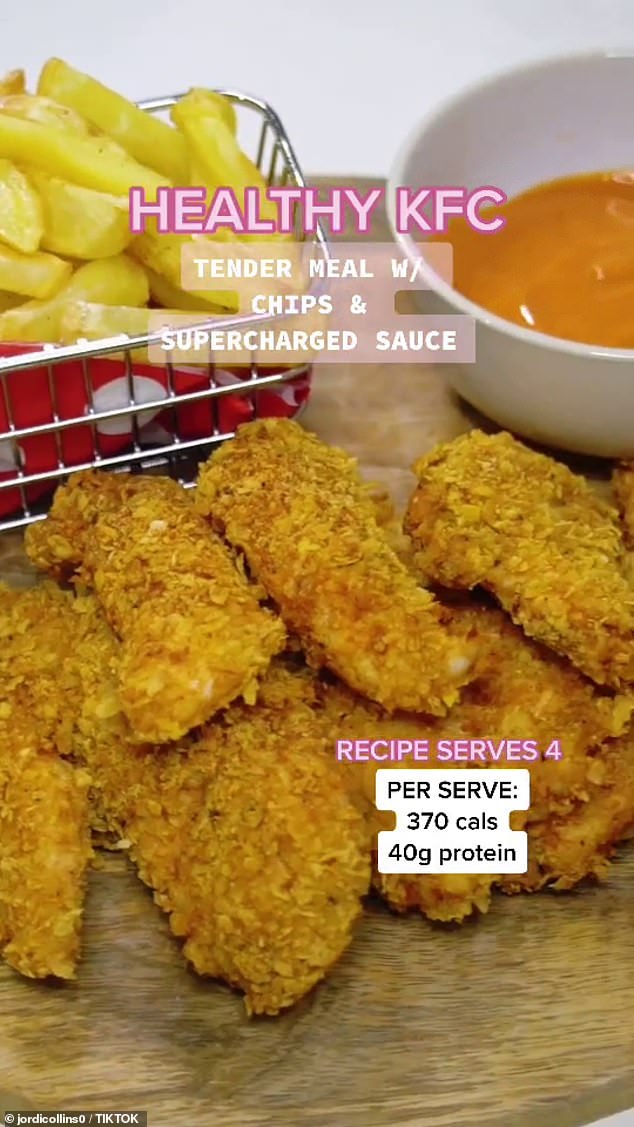 An Australian woman has revealed how to make ‘healthy KFC’ at home, after losing eight kilograms in just five months 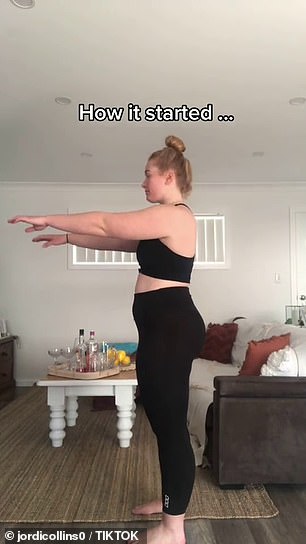 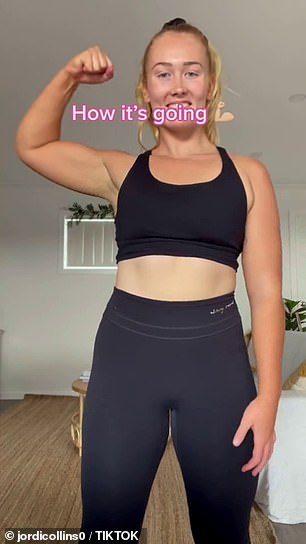 She makes sure there is a nice coating of the spice mix on each piece of chicken.

Then she takes 60grams of crushed corn flakes into a bowl and adds the same spices again before stirring to make sure they combine well.

After doing this the 22-year-old breaks two eggs into a bowl, then whisks them lightly with a fork.

She then takes the chicken, coats it on egg and dips it into the corn flake mixture. Repeating with each piece before placing onto a lined baking tray.

The tray is then popped into the oven at 180C for 20 minutes.

The young woman then peels and slices a kilogram of low-car potatoes, and puts them in an air fryer for 20 minutes. 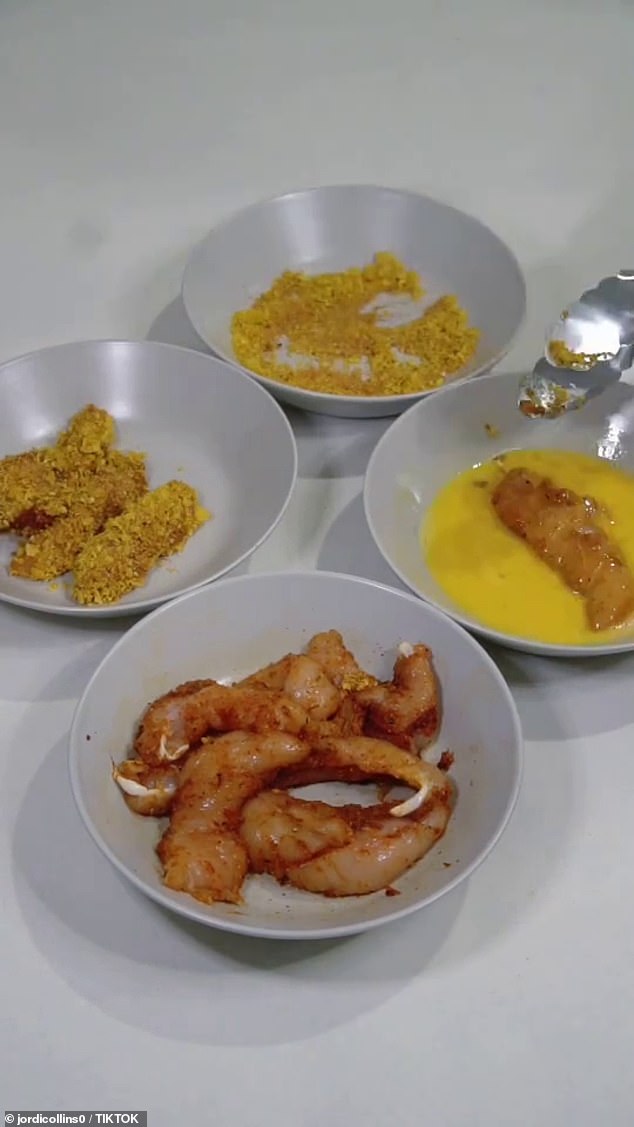 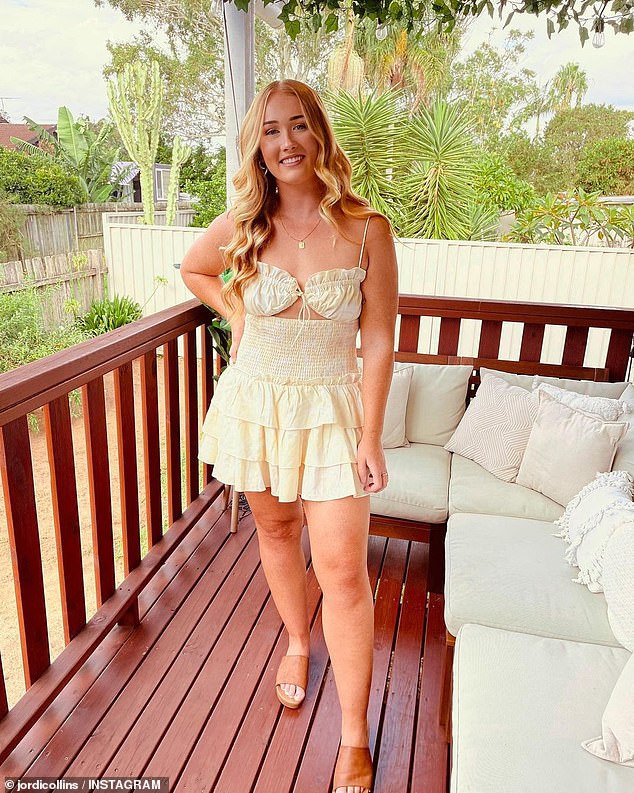 The 22-year-old’s recipes have ‘changed lives’ according to her 20,000 subscribers

She then makes the dipping sauce by mixing 80 grams of low-fat mayo, 20 grams of sriracha and  10 grams of chipotle.

She presented the chicken on a chopping board with a tub of dipping sauce and a small basket of the home-made fries.

And her fans appear impressed – with one woman claiming the recipes have ‘changed her life’.

‘I am watching this while eating KFC,’ a man said. 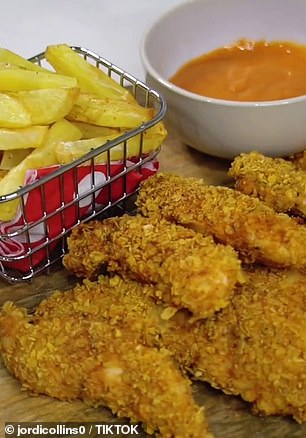 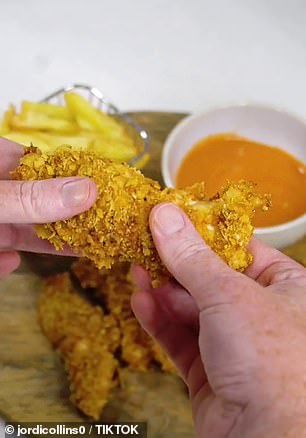 Most people agreed the recipe was one ‘to try on the weekend’, but one woman wasn’t so sure.

‘Does the crumb actually taste like corn flakes though,’ she asked.

HOW CAN I MAKE ‘HEALTHY’ KFC AT HOME?

One kilo of potatoes

Take the chicken in a bowl and add one tea-spoon each of paprika, cayenne pepper, onion powder and garlic powder, salt and pepper.

Take another bowl and add the crushed cornflakes and add one tea-spoon each of paprika, cayenne pepper, onion powder and garlic powder, salt and pepper.

Take a third bowl and add two eggs, whisk them together.

To make the chips take one kilogram of low-carb potatoes, peel and slice into chip shapes.

To make the sauce combine the chipotle, sriracha and mayonnaise, then mix.

This isn’t the first time someone who successfully shed a lot of weight has shared their ‘healthy’ fast-food recipes. 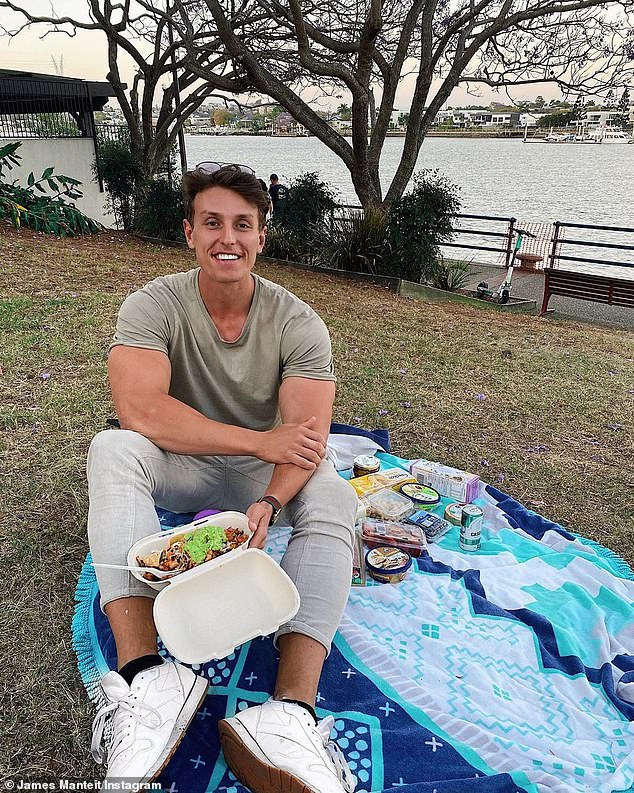 Recently James Manteit posted a video making the beef-based dish on TikTok and it has sent his fan’s taste buds into overdrive.

The video starts with the man flexing his arms for the camera before crossing to a pan on a gas stove.

The young fitness fanatic takes beef mince, finely chopped broccoli, a can of black beans and some Mexican spice mix and adds it all into a hot pan.

He then pours a packet of brown rice through the spiced mince mixture and continues to cook it all together for a few minutes. 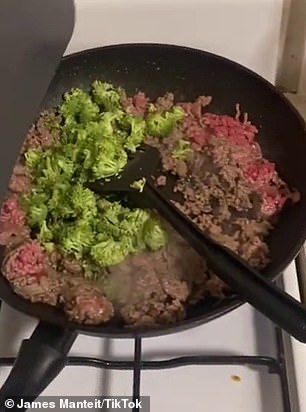 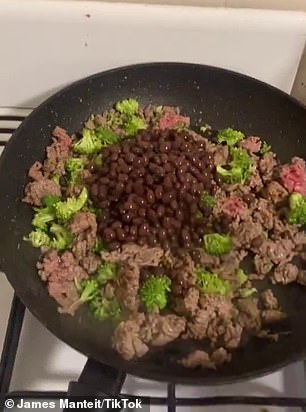 He serves the meal in a bowl with a sprinkle of cheese, some taco salsa and a squeeze of chipotle.

At the end of the video he lists the benefits of the meal and says it is high in protein, complex carbohydrates, fibre, vitamins and minerals – and importantly – flavour.

‘Home made Guzman is a God send guys,’ he said.

‘Don’t have red meat to often though, it’s bad for your cardiovascular health.’

HOW CAN I MAKE JAMES’ ‘GUZMAN Y GOMEZ’ AT HOME?

Brown the mince in a hot pan, then ad the finely chopped broccoli and lack beans.

Stir until all of the mince is cooked through. Then add one packet of pre-cooked brown rice and a packet of Mexican seasoning.

Heat the mix through and then serve in a bowl with a light sprinkle of cheese, some salsa and some chipotle.