Home » Lifestyle » When 47 car parks, $660 million and one election collide

When 47 car parks, $660 million and one election collide

On Monday morning, Treasurer Josh Frydenberg used the new intergenerational report to warn of the spending pressures facing the country over the next 40 years.

Deficits over the next four decades, increasing government debt and an older, smaller Australia meant his key message was the need for ongoing expenditure control and making sure every taxpayer dollar is put to good use.

A few hours later, the Auditor-General’s office released its report into the administration of commuter car park projects within the Urban Congestion Fund, revealing huge problems in the $660 million program. 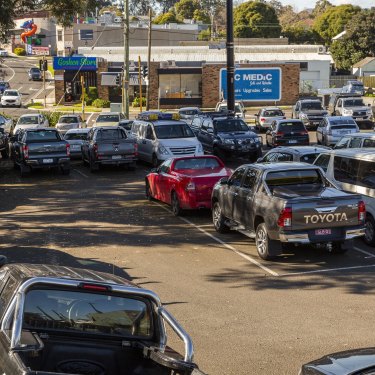 Ringwood railway station car park in suburban Melbourne. One of the projects promised funding in 2019, it is still to be upgraded.Credit:Paul Jeffers

A nationwide program to reduce “congestion” across suburban Australia managed to channel most of its cash into a handful of Liberal Party seats that were more at risk of being won by Labor than overwhelmed by parked cars.

That single report, plus others over recent months from the Auditor-General, highlight the widening gap between the rhetoric of restrained spending and the practices of the federal government.

In mid-2018, Labor promised the creation of a $300 million “national park and ride fund” that would sink money into car parks attached to the nation’s growing number of suburban railway stations. Then-leader Bill Shorten announced the fund along with an application process under which local or state governments would have to demonstrate a car park was the best and most cost-effective way to use available land.

By November, the Coalition had resolved to join the car park war with the focus squarely on the millions of Australians who spend part of their day circling car parks looking for a space. But the Coalition also decided that rather than use an open tender system (which the federal Treasury said would ensure “the highest congestion reduction at the lowest cost”), the federal government itself would identify potential projects and select lucky ones for funding.

On April 2 the following year, the pre-election budget revealed the $500 million Commuter Car Park Fund, which was promised to “make rail networks more accessible and take cars off the road”.

A week later on April 10, 27 car parks worth $389 million were signed off by Prime Minister Scott Morrison. The next day the government formally went into caretaker mode ahead of the ultimately successful May 18 election.

Frontbencher Michael Sukkar’s seat of Deakin, a key Labor target, was pledged five car parks. Four were promised to Kooyong, held by Frydenberg, who was facing a fight with high-profile independents.

Between Kooyong and Deakin sits the seat of Chisholm, through which two separate rail lines run with seven railway stations. Without a sitting member, this electorate missed out completely.

Liberal MP Tim Wilson, in the bayside seat of Goldstein, was pledged six. Further south, the seat of Dunkley, where incumbent Liberal Chris Crewther was in the fight of his life due to an unfavourable redistribution, was to get three.

The Labor-held seat of Isaacs sits between Goldstein and Dunkley. It has almost a dozen railway stations with car parks, none of which managed to get funding.

None was promised to the most congested parts of Melbourne, to the city’s west. All of those seats were Labor-held.

In Sydney, the political nature of the promised car parks was also obvious. Two were promised to the seat of Robertson, where Liberal Lucy Wicks was facing a tough battle against Labor’s Anne Charlton.

Frontbencher David Coleman held the Sydney seat of Banks by less than 3 per cent. His electorate was promised four car parks.

To the west, the Coalition targeted the Labor-held seat of Lindsay with a pledge of three separate stations. Lindsay was the sole Sydney seat to change hands at the election.

The Auditor-General’s report was scathing in its appraisal of the program.

The Infrastructure Department’s approach to choosing car parks was “not appropriate” and not designed to be “open and transparent”, while its failure to talk to states or local councils increased the chance projects would “not deliver the desired outcomes at the expected cost to the Australian government”. In one case, the department’s only advice that it should start planning a project was a press release from the Prime Minister. 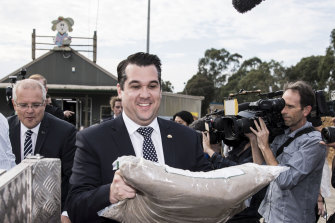 When pressed on why a department should start spending money on a project without a formal application, the Department of Prime Minister and Cabinet said a press release was sufficient to “progress a project”.

Parking Australia chief executive Stuart Norman says the fact the government and Labor recognised the need for car parks near railway stations was a step forward for infrastructure planning in this country. But the way the Coalition went about it was terrible.

He says one of the clear messages out of the whole fiasco has been government departments’ lack of knowledge about complex issues such as building car parks.

“Building a car park is unique and requires a particular understanding and skill set,” he says.

Another issue obvious in the Auditor-General report is the time frame in which the government believed it could build so many car parks around a string of busy suburban railway stations. Under one scenario, the entire car park at Elsternwick – in Wilson’s Melbourne seat – would have to be closed for months.

Norman says too little thought was given to other issues, such as linking car park availability to driver apps that would make it easy to find available spaces.

“If you want a traditional build there will be disruption to the commuters in the process and that could go on for a while. In a good number of cases there could be an innovative solution that means less disruption and a quicker build,” he says.

The Auditor-General has a long history of identifying problems with government programs.

In 2010 it found the Environment Department struggled to oversee the installation of insulation into more than 1 million Australian households as part of the Rudd government’s global financial crisis fiscal stimulus program.

“This experience underlines very starkly just how critical sound program design and implementation practices are to achieving policy outcomes,” the auditor found. “There are important lessons here for those agencies with policy implementation responsibilities but also those responsible for policy development.”

Fast-forward to 2021 and the same findings are laced through the report into the commuter car park program. 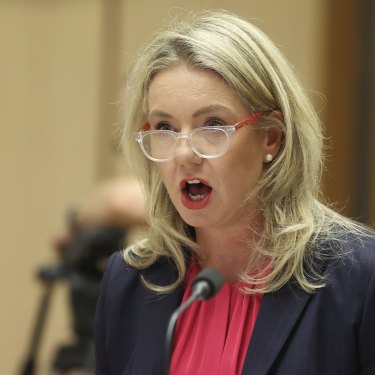 The government lost sports minister Bridget McKenzie last year due to revelations exposed in the Auditor-General’s report into the $100 million Community Sport Infrastructure Program. Those revelations included a contentious, colour-coded spreadsheet that showed a preference for Coalition seats.

The Auditor-General’s report into the purchase of a block of land near the Western Sydney Airport at 10 times its value has provoked a series of investigations, with accompanying political discomfort for the government.

Over recent months, the auditor’s office has examined a series of programs.

Rarely have those programs been given a clean bill of health. Efforts by the federal government to manage the nation’s fisheries have been only “partly effective”. The Agriculture Department’s responses to biosecurity law breaches have been “largely inappropriate”.

Early next year, the auditor’s office will release a report into the Safer Communities Fund to make sure it has been operated in line with the Commonwealth’s own grant rules and guidelines.

In almost all these cases, none of the revelations would have been made but for the Auditor-General’s office.

Labor is now piggybacking on its work. A Senate inquiry into the car park spending is certain.

“The government clearly hopes that if they ignore this scandal it will all go away. Labor won’t let them,” Labor frontbencher Andrew Giles said this week.

This time, Morrison is clearly in its sights given his role in approving the projects.

That inquiry could run all the way to the 2022 election, when there’s every chance even more car parks will be promised for hard-pressed commuters. And that will be well before those promised in 2019 even have a car in them.