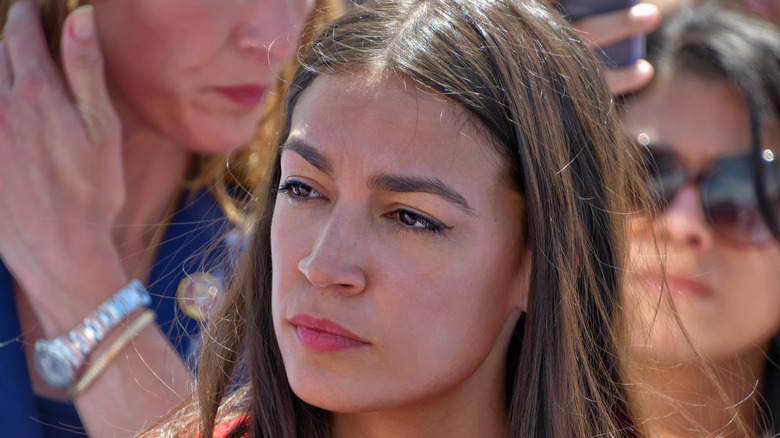 The law in question will ban abortions after about six weeks of pregnancy, which is far earlier than many women can even know that they’re pregnant (via NPR). The law is effectively an abolition of Roe vs. Wade, which has protected pregnant people’s freedom to choose to have an abortion since 1973 (via Oyez).

In an interview via “Anderson Cooper 360,” Ocasio-Cortez slammed Texas Governor Greg Abbott’s recent comments regarding abortion and the specifics of the laws that he helped instate. Abbott confidently asserted that the law would allow women “at least six weeks” to find out if they’re pregnant, which is not only false due to its inaccuracy regarding the law, but also because most women don’t know they’re pregnant at six weeks (via NPR). In response, AOC stated that Abbott’s comments were “awful” and that he spoke from a place of “deep ignorance.”

“I’m sorry we have to break down Biology 101 on national television, but in case no one has informed him before in his life, six weeks pregnant means two weeks late for your period,” Ocasio-Cortez said on Anderson Cooper’s show. “And two weeks late on your period … can happen if you’re stressed, if your diet changes, or for really no reason at all. So you don’t have six weeks” (via The Hill).

Here's what Palin said against AOC 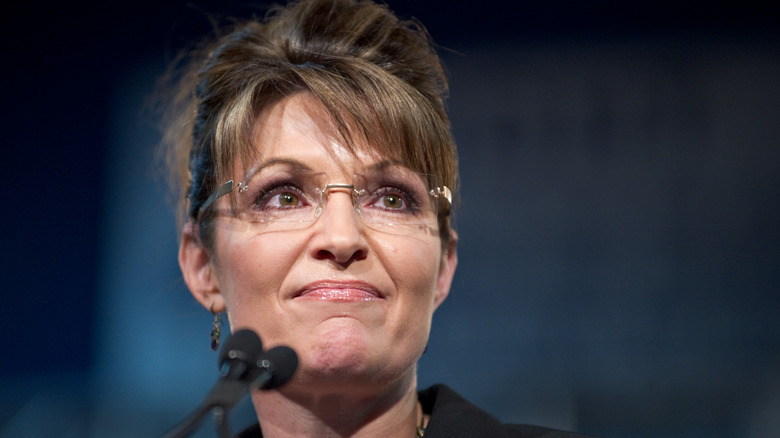 The former governor of Alaska spoke out against representative Alexandria Ocasio-Cortez in a recent interview with Fox News. In an attempt to denounce Ocasio-Cortez’s comments regarding the new Texas abortion law, Palin deemed her a “fake feminist.”

“Wow, AOC, she’s really milking this, isn’t she?” Palin said. “She’s such a fake feminist that she would bring up an issue like this and try to use it to make some kind of political point.” Palin continued, calling the representative “off-base politically” and accusing her analogies of being confusing. “She’s milking the whole female thing, and as a real feminist, I’m embarrassed for her,” she rambled, per Business Insider.

Ocasio-Cortez couldn’t help but respond in the classic, cheeky way that she does. She took to Twitter to post a response, which she said was a “special hotline” for Palin. “I’m so sorry Sarah Palin is mad at me!” she captioned her video. “Does my existence make you mad? Does the fact that, yes, I am a mouthpiece for the people of New York’s 14th Congressional District, upset you?” Ocasio-Cortez says in the video. “Well, I have help for you. Call 1-800-CRY NOW. That’s 1-800-CRY NOW,” she said.

The so-called “fake feminist” has since set up a website aimed at helping raise funds for Texas-based abortion and reproductive health providers, and will also go toward the $10,000 bounty threatened on anyone that helps someone obtain an abortion (via CBS News). The fundraiser has already collected over $250,000.