Why Donald Trump’s Social Media Lawsuit Has The Internet Divided 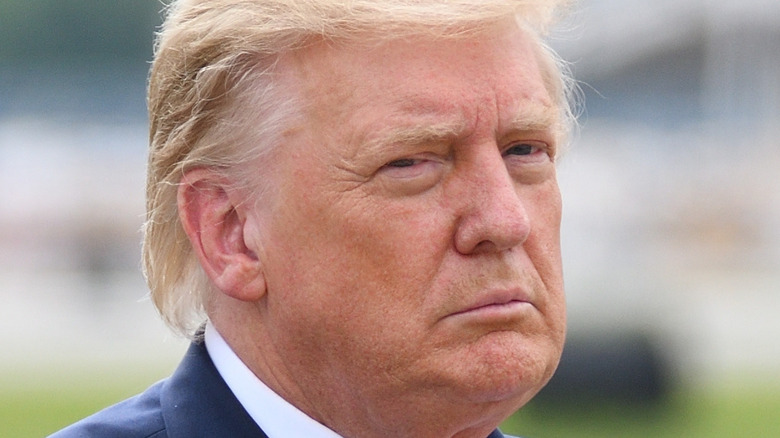 Nearly six months to the day his supporters swarmed the U.S. Capitol, and a week after Manhattan prosecutors filed criminal charges against his company and its CFO Allen Weisselberg, former President Donald Trump said he would be filing a class action lawsuit against the country’s social media giants Facebook, Google, and Twitter as well as their CEOs, in what he is calling a defense of first amendment rights.

“We’re demanding an end to the shadow-banning, a stop to the silencing and a stop to the blacklisting, banishing and canceling that you know so well,” Trump said at a news conference, hosted at his New Jersey golf course. The cases were filed in the U.S. District Court in Florida (via The Associated Press).

Trump and his allies were first silenced on social media in January of this year to try and head off any further acts of violence after the deadly riot. At the time, Twitter’s CEO Jack Dorsey said he was not proud of the decision the company had made, but in the end, stated in a lengthy Twitter thread, “I believe this was the right decision for Twitter. We faced an extraordinary and untenable circumstance, forcing us to focus all of our actions on public safety. Offline harm as a result of online speech is demonstrably real, and what drives our policy and enforcement above all.”

Donald's Twitter ban is not a First Amendment violation 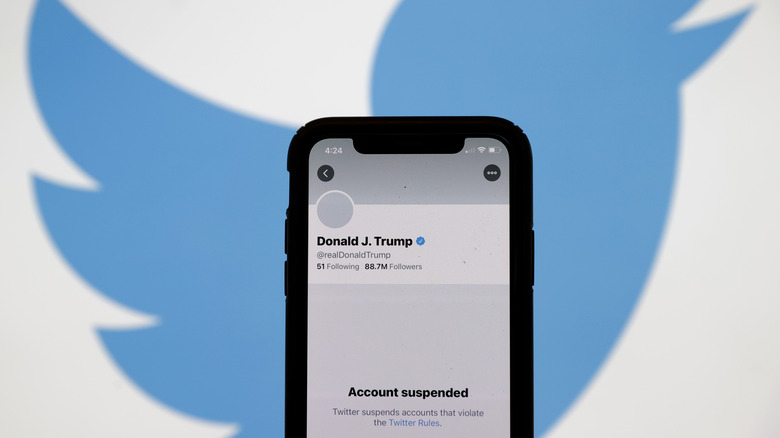 The former president was a heavy social media user until the ban took effect and as CNBC points out, he used the platform throughout his time in office to spread misinformation and mistrust.

Earlier this year, Sam Woolley, director of propaganda research for the University of Texas Austin’s Center for Media Engagement, stated, “Trump’s primary use of Twitter has been to spread propaganda and manipulate public opinion. He used Twitter to delegitimize information or to delegitimize the positions of his opponents.” His most popular tweets spread election falsehoods and pushed other ideas that did not have any factual basis.

As noted by the Legal Information Institute, The first amendment protects freedom of religion, expression and assembly by forbidding Congress from passing any law that would prohibit the right of free speech. When the social media bans were first announced, civil rights lawyers like Nora Benavidez, director of the U.S. Free Expression Programs, weighed in on the bans by tweeting, “The First Amendment protects freedom of religion, speech, press, assembly, & the right to petition the government for redress. It prohibits gov’t restrictions on speech based on the viewpoint of that speech. Twitter is not the government. [The ban on Trump] is not a First Amendment violation.”

Social media didn't waste time weighing in on the lawsuit 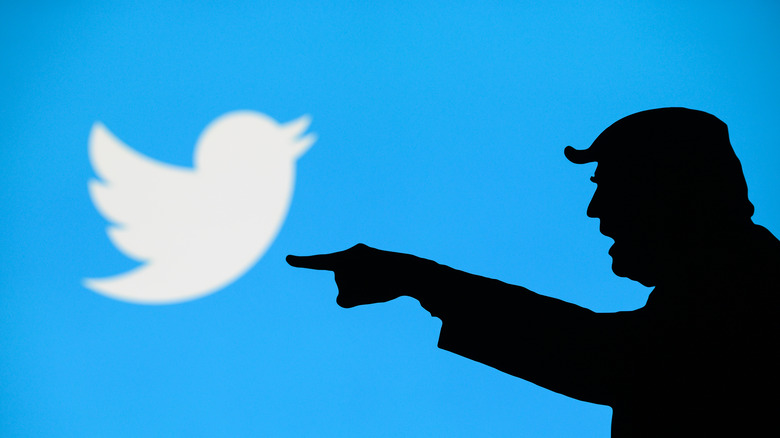 Twitter users did what the former president hasn’t been able to do since January – they weighed in on Donald Trump’s lawsuit through social media.

Reuters reporter Brad Heath pointed out, “Trump’s Facebook lawsuit is filed in federal court in Florida. Facebook’s terms of service requires that ‘any claim, cause of action, or dispute you have against us’ be filed in federal court in northern California or San Mateo County state court.” While another tweeted, “Trump claims he is filing a ‘class-action’ lawsuit against social media companies for throwing him off their platforms. What, exactly, is the class? Presidents who lost re-election and then tried to overthrow American democracy to remain in power? That is a class of one.”