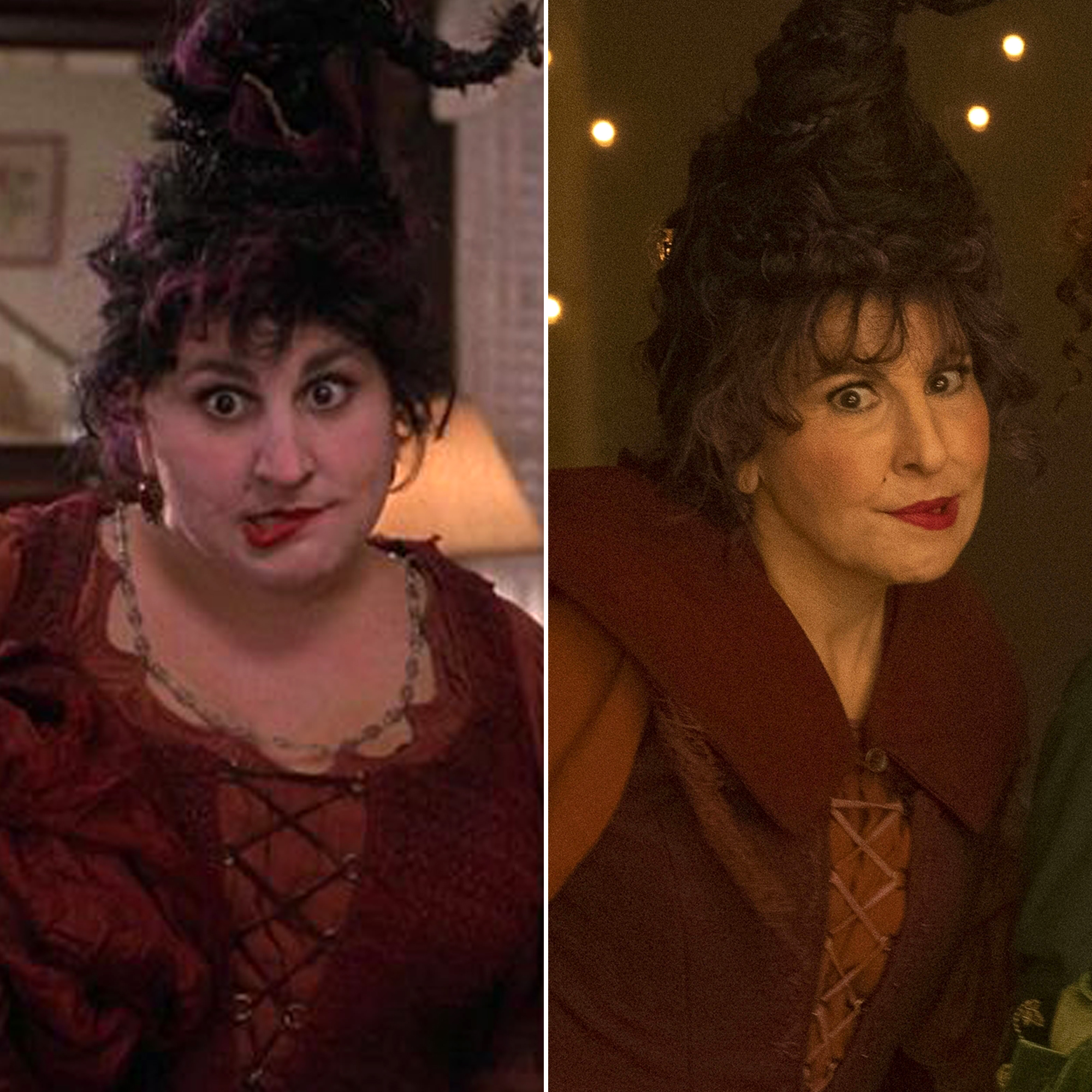 While eagle-eyed fans may have noticed Kathy Najimy’s Hocus Pocus 2 smile looked different in the Disney+ sequel, the actress had a good reason for switching things up.

“It’s on the other side mainly because it’s so hard for me to do it on the side I did it on 30 years ago. I’m sure the fans are going to go into deep detail about why it’s on the other side,” Najimy, 65, told Entertainment Weekly in an interview published on Friday, September 30. 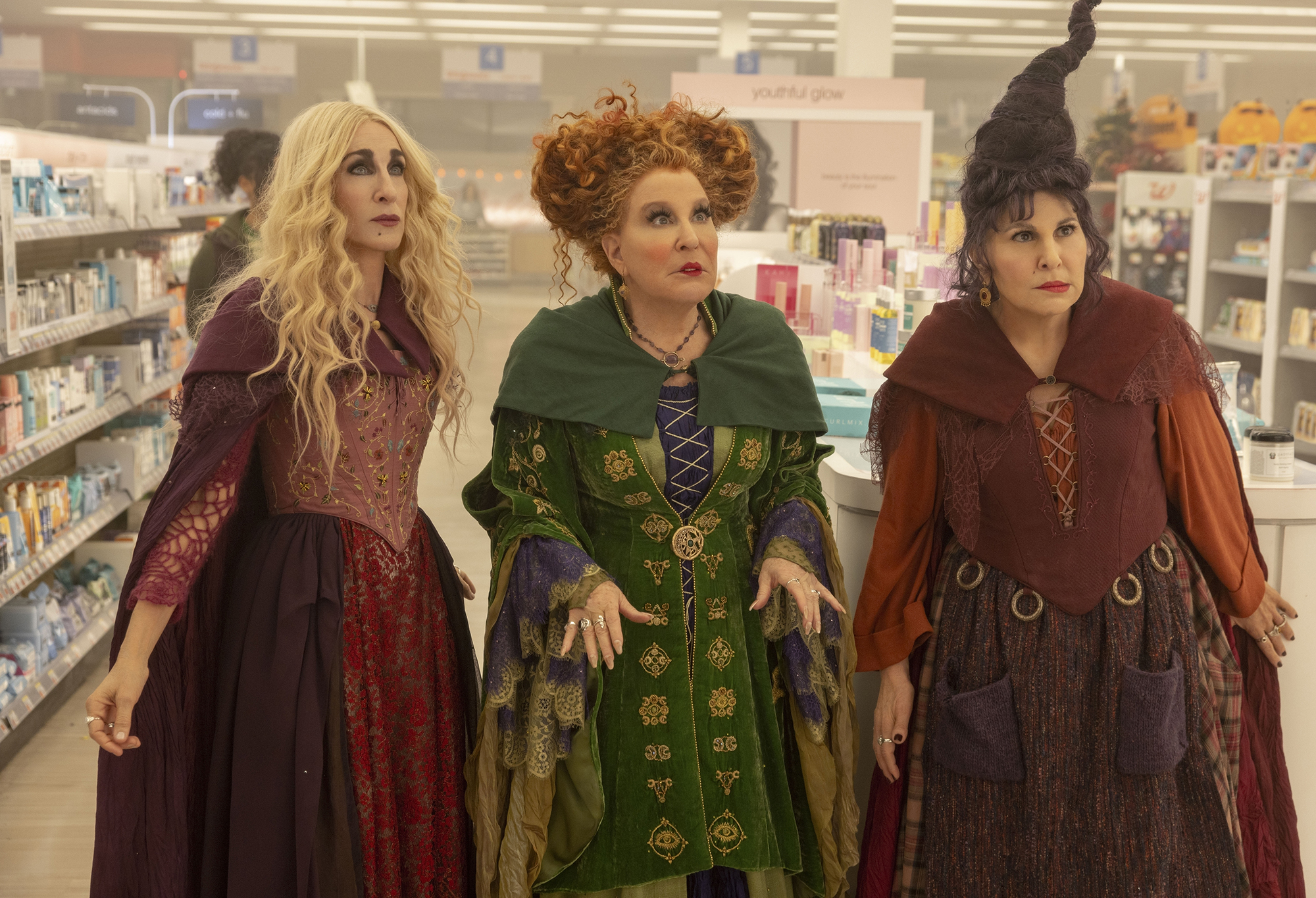 “It’s just something I came up with the first week,” the California native recalled to EW of filming the OG film. “This is a big comedy, so you don’t have to be subtle or have a 40-page Shakespearean backstory.”

While Mary’s smile drooped to one side in the first move, it was flipped while filming the new movie, which was released on Friday via Disney+.

The joke was continued by having the younger version of Mary, played by Nina Kitchen in the opening scenes of the sequel, curve her smile on the same side that Najimy did in the original.

‘Hocus Pocus’ Cast: Where Are They Now?

Nearly 30 years after the original Hocus Pocus aired, the three Sanderson witches return to Salem to run amuck and steal the souls of a new generation of children. In the flick, three teenagers — played by Whitney Peak, Belissa Escobedo and Lilia Buckingham — accidentally summon the witchy sisters to the modern-day town while dabbling with magic.

While Hocus Pocus 2 tells a new story, there are still plenty of nods and Easter eggs to the OG version.

“We wanted to weave in all of the people that the fans loved, and when you sat back with all the ingredients and story, you’re like, how do we make this work?” director Anne Fletcher previously told EW in August. “It was very difficult to try to have [the original kids: Omri Katz and Vinessa Shaw] be a part of it, because we did talk about it — painstakingly.”