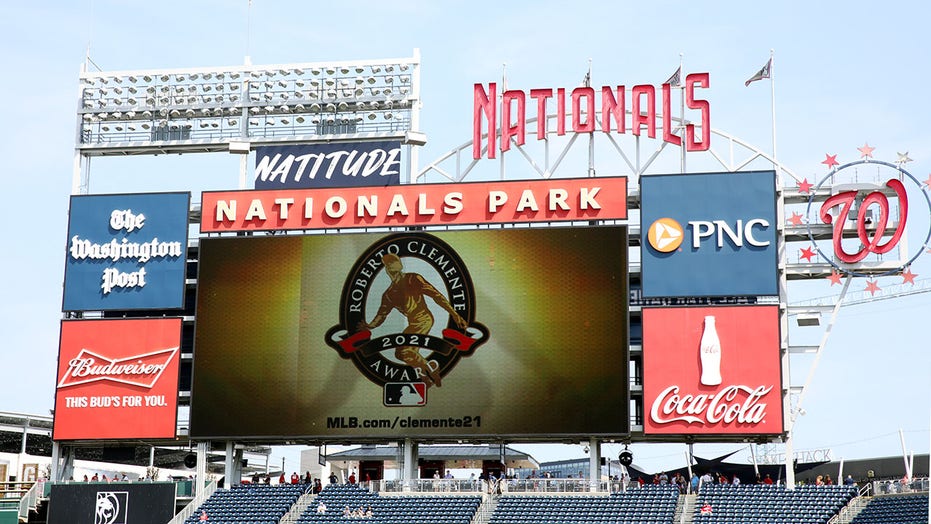 An exclusive press release was received by OutKick containing official responses on behalf of Larry Pardo and Brad Holman, former members of the Washington Nationals staff.

Both Pardo and Holman were released by the team on Wednesday as a result of non-compliance with the Nationals’ vaccine mandate for employees. 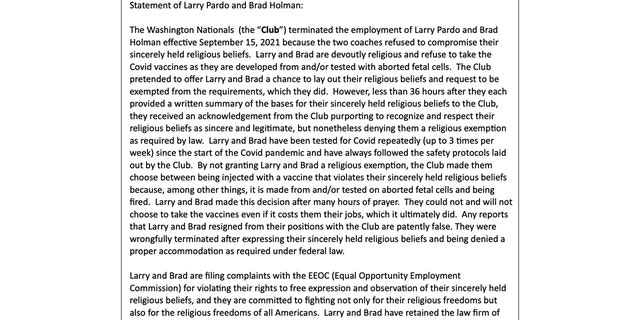 Pardo, a minor league pitching coach, and Holman, a pitching coordinator, submitted a claim for religious exemption from getting the vaccine — which the team denied.

Despite going up the formal ladder to resolve the ongoing differences, both members were left with no option but to get vaccinated by the September 15 deadline. Which they, and Vice President Bob Boone, did not fulfill.

Jesse Dougherty, Nationals beat writer for The Washington Post, said that the team had given out notices prior to September’s deadlines, instructing all workers of proof of vaccination in order to preserve employment.

Dougherty explained, “On Sept. 1, the Nationals placed unvaccinated non-playing employees on unpaid leave for two weeks, giving them time to review exemption requests. If, in that time, those employees changed their mind about getting vaccinated, they could have remained with the club.”

Larry Pardo and Brad Holman are now exploring legal action for the unfair termination on behalf of the vaccine mandate. The Washington Nationals’ denial of rights to claim religious exemption is, in their viewpoint, an infringement against federal law.

“They plan on fighting this outrageous decision by the Nationals in the federal courts,” added the joint press release.

Stay tuned as OutKick awaits a response from the Washington Nationals.