MANCHESTER CITY will be without Kevin De Bruyne against Arsenal on Saturday after the midfielder failed to shake off an ankle injury.

The Belgian, 30, has had little luck with injuries of late, having been forced out of the Champions League final before battling a fresh blow at Euro 2020. 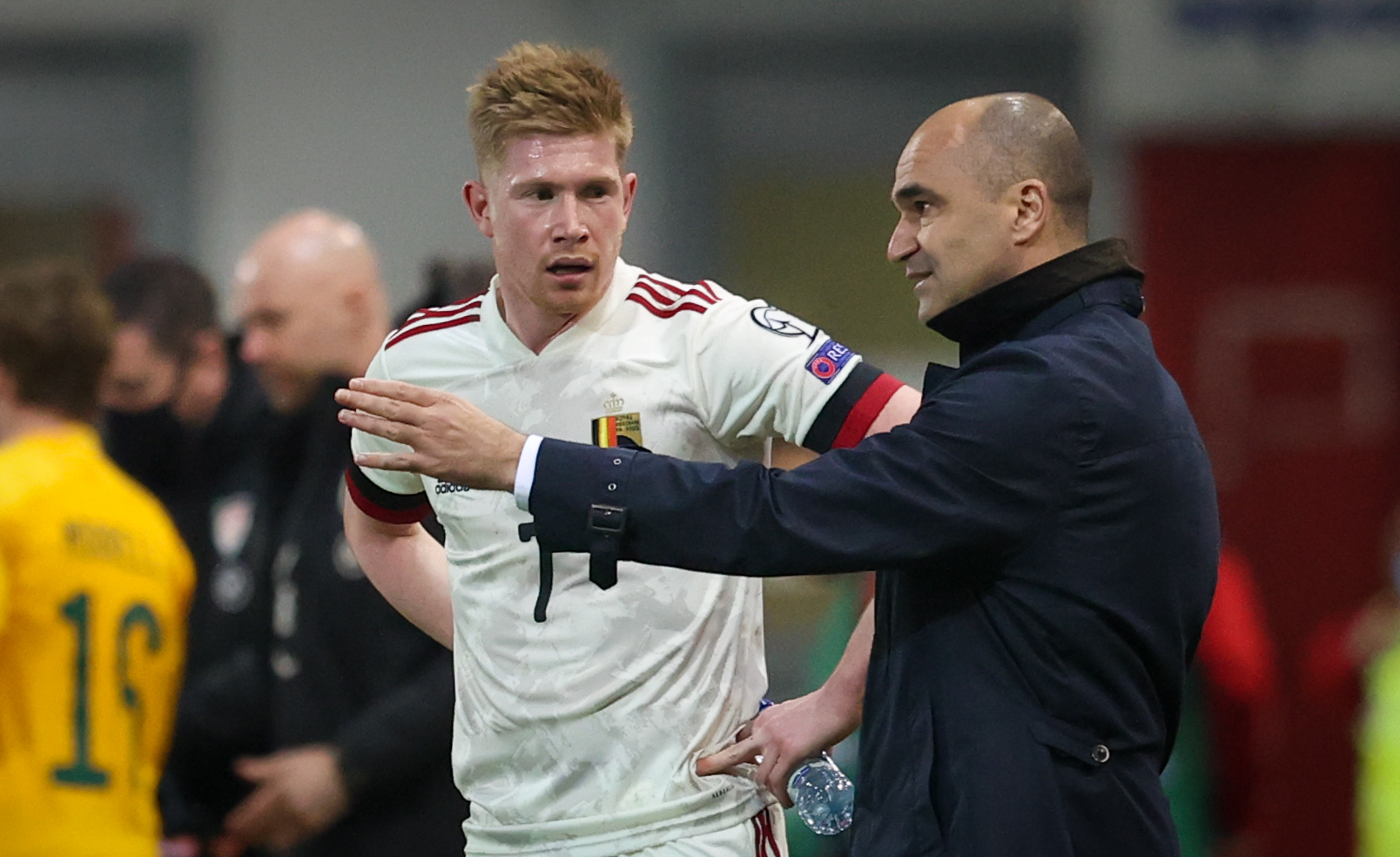 The ankle problem he picked up at the summer tournament has not gone away and national team boss Roberto Martinez has not called De Bruyne up to his latest squad.

And the manager ruled his player out of City's weekend game when confirming the decision.

Martinez told reporters on Thursday: "Kevin is not available.

"He played a few minutes against Tottenham, but was sore afterwards.

"He won't play this weekend, and then his progress will be looked at.

"We are working with City. He works hard behind the scenes, but at the moment he is not fit."

Pep Guardiola will also be without Phil Foden when Arsenal travel to the Etihad with John Stones pushing for a return to the line-up.

Mikel Arteta must decide which of his stars who smashed six goals past West Brom on Wednesday have earned a start.

Gabriel Magalhaes, Eddie Nketiah and Thomas Partey are not expected to be fit for the trip, and Ben White is in a race to be available following his positive test for coronavirus.

One player who Arteta may continue to deploy is Albert Sambi Lokonga.

The midfielder, a summer acquisition from Anderlecht, is in the Belgium squad for games against Estonia, Czech Republic and Belarus – and has earned high praise from Martinez.

The Spaniard stated: "I am impressed with Sambi.

"Usually you need a while to adjust to the level in such a competition. Sambi Lokonga was immediately adapted.

"He's made an impression and shown that he is ready. It was a big step forward."