PIERS MORGAN expressed a brutally honest reaction to the idea of Tottenham sealing a sensational move for Cristiano Ronaldo.

The outspoken Gunners fan was reacting to rumours the Portugal skipper, 36, could be set to leave Juventus after a three-year trophy-winning spell. 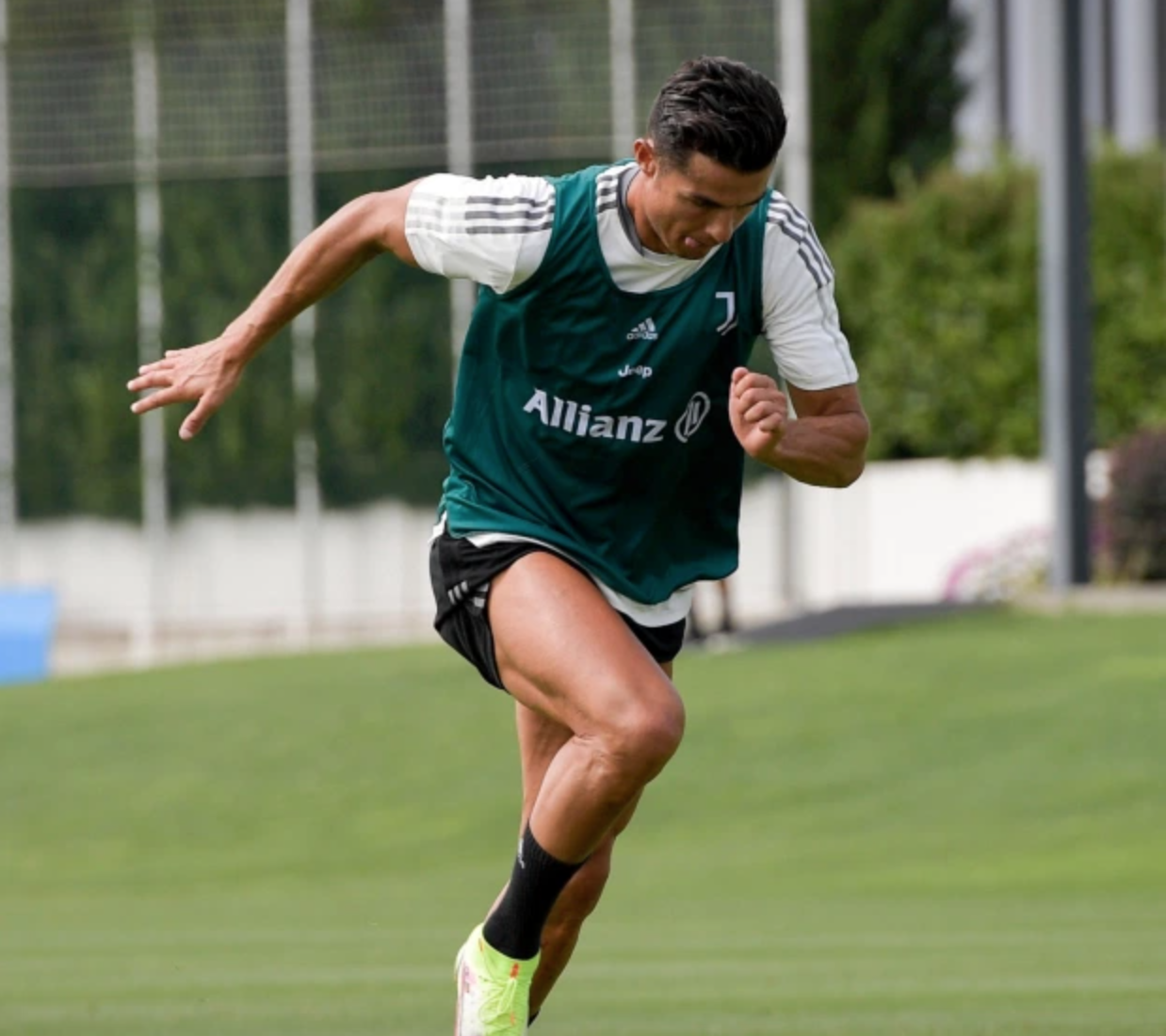 Arsenal's north London rivals are rumoured to be among the sides keen on the five-time Ballon d’Or winning forward whose current contract expires in June 2022.

This is according to Italian football journalist Michele Criscitiello whose thoughts were shared by Tottenham news hub Spurs Web.

This is despite the player taking to Instagram to shut down rumours of a Juve exit.

The speculation of a Spurs move for Ronaldo prompted a dramatic reaction from Morgan who interviewed the ex-Real Madrid star for ITV in 2019.

And Morgan, 56, shared his views on a potential Tottenham move for Ronaldo with his 7.9million followers on social media platform Twitter.

In a tweet that included an emoji of a monkey covering its eyes, Morgan wrote: “Kill me now”. 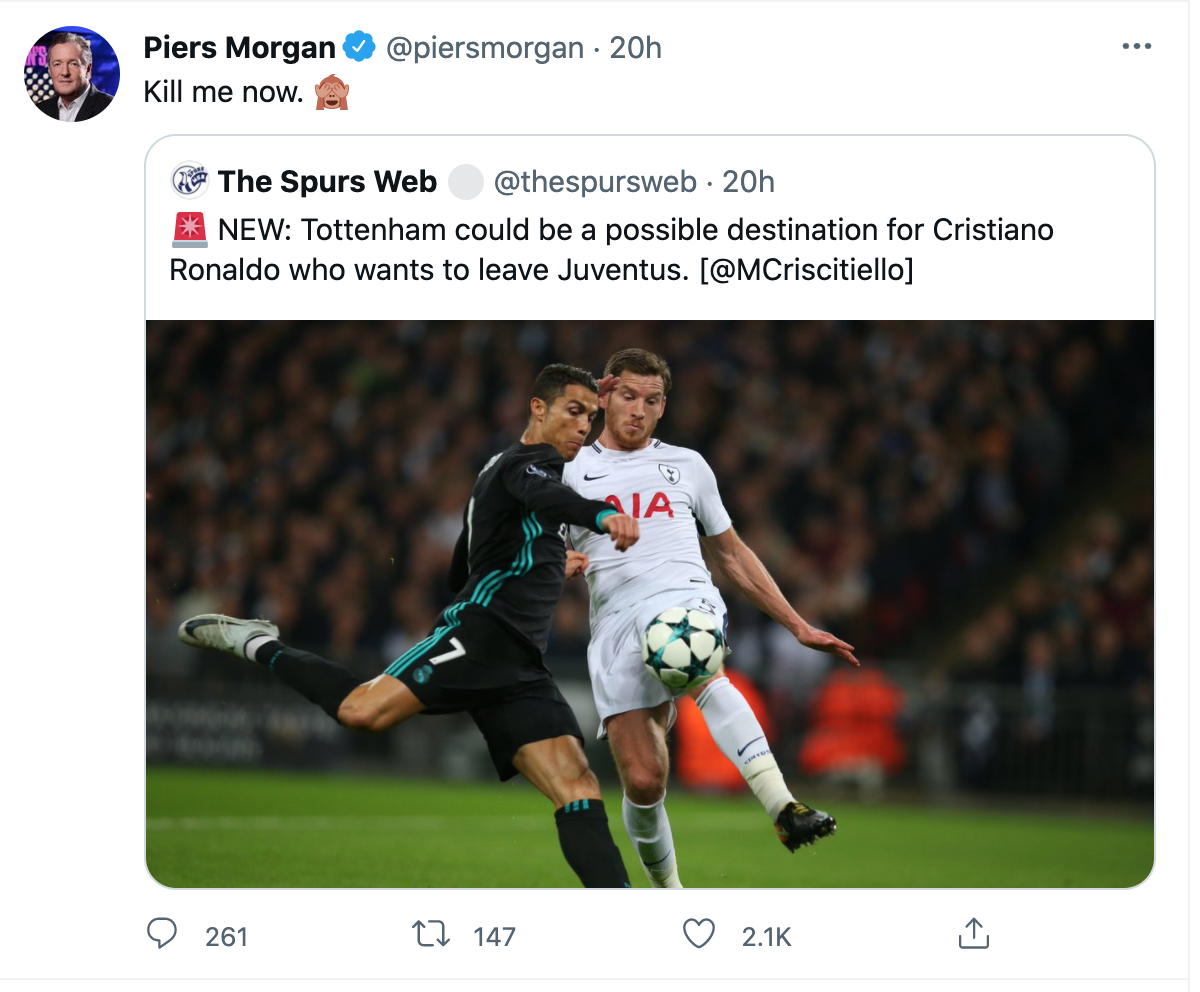 Morgan's reaction was posted hours after the Gunners registered their second defeat from their two opening Prem games of the new season.

And the TV presenter did not hold back in his assessment of Arsenal’s current form in the top-flight calling for the club to hire former Inter boss Antonio Conte.

The Gunners’ 2-0 home loss to Chelsea coincided with Tottenham notching up a 1-0 win away at Wolves following their surprise defeat of Manchester City.

Despite transfer speculation surrounding Harry Kane the club have enjoyed a strong start to the season keeping clean sheets in their first two games.

BETTING SPECIAL – GET £50 IN FREE BETS WITH SKY BET

Kane, 28, who finished as the Premier League’s top scorer last season, has been heavily linked with a move to Pep Guardiola’s City.

It is reported the Prem champs could be set to make a late summer transfer bid for the services of the Three Lions skipper.

However, it is claimed Tottenham will not accept anything less than the £160million asking price for their star striker.

Arsenal meanwhile are looking to bounce back from their recent results.

The club are due to take on West Brom next in a league cup duel.

After that, the Gunners, who sealed a permanent deal for ex-Real Madrid playmaker Martin Odegaard, face a tricky Prem clash with Man City.