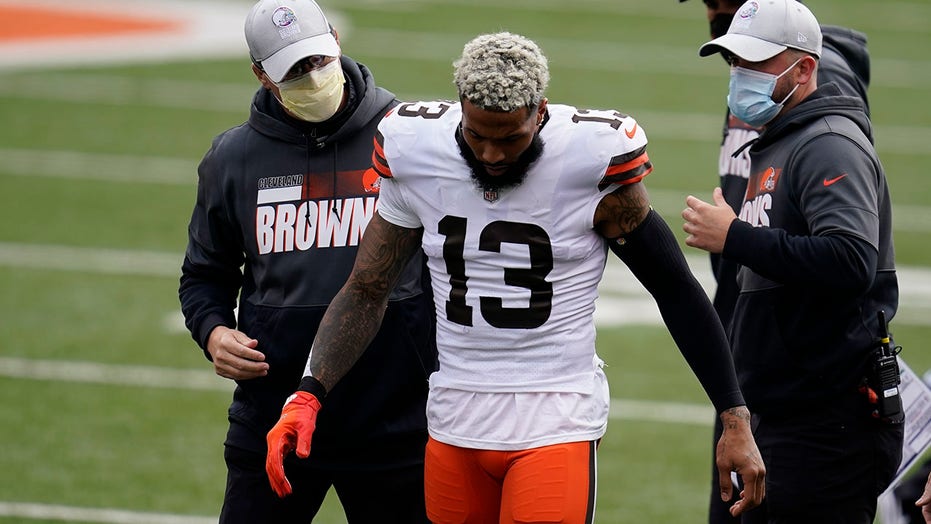 The position-by-position rundown continues. We previously detailed the Top 5 QB and RB injury questions. With the wide receiver position, there are so many injury issues, it is hard to narrow it down to the top five. That is why you should go download the free 75-page Preseason Injury Preview at www.profootballdoc.com to see the rest of the injury analysis.

Delaying surgery to repair a high ankle sprain until June will cost Thomas the start of the season. Expect him to start the season on the Reserve/PUP list, meaning a minimum six-week absence. It would be good news if he could return to form by midseason, but it would not surprise me if he missed a majority of games and might not return to 100% until late. Right now, the Saints — already without Drew Brees — have taken another major blow and will be lucky to have Thomas healthy for the back half of the season.

Beckham is coming off ACL surgery and recovering nicely. However, he admits in dialogue with yours truly on Twitter that he’s had some challenges and that he still is recovering.  OBJ looks good running but cutting and deceleration are the key. He passed his physical and is practicing and doing as well as can be expected. It is unrealistic to expect him to be 100%. In fact, he may not really hit his stride until 2022-2023. Beckham will be on the field to start Week 1 but expect him to improve as the season goes on and have a stronger second half of the season if he can avoid a compensation injury in the meantime.

The Cowboys WR had cleanup surgery on his ankle in January, which should be well behind him by now. The ankle scope removed bone spurs, which usually allows for improved motion. Unfortunately, what should have been a reliable recovery was encumbered by irritation and “bone inflammation” in late May, and he started the preseason on PUP. Though he mentioned he lacked Vitamin D, he still relayed confidence that he will be ready by Week Three of training camp. He is indeed practicing, however, he has not seen any preseason game action. If a simple ankle scope that typically carries a six-week timeline for recovery is still symptomatic at six months, what makes anyone think it will go away in another month or two? Although Cooper had a strong 2020 season scoring five touchdowns on 1,114 yards, one has to be concerned about Cooper and his availability/production going into the 2021 season. He will play, but how effectively? Cooper will need to deal with the ankle this season, and we will have to wait and see how much it slows him down.

The second-year star Vikings wide receiver landed hard on his left shoulder after attempting a catch in training camp. By limited video from beat reporters, it appears he suffered an AC joint sprain in his left shoulder. It does not appear to be a shoulder dislocation, rotator cuff or labral issue, which would require an extended stay off the field. Jefferson missed a week and a half of practice and has since returned. At this point, we do not think this injury will leak into the regular season. We expect him to be fully healthy by Week One.

The NY Giants wideout suffered a hamstring injury as he started with his new team. This led to worries about the hamstring and hip flexor that had him out most of last season. The current hamstring issue appears to be mild, and Golladay will be ready by Week 1. However, this does cut into key time to gel with his new QB and offense. He has the size and tools to become Daniel Jones’ favorite target, but with so little time together in camp, their connection may have to develop through the course of the season. The big free agent signing will start the season healthy.