BARCELONA coach Xavi must break his Munich hoodoo on Wednesday night  —  or wave goodbye to the Champions League.

The former midfield maestro failed to taste victory in four matches for the Nou Camp side in the Bavarian capital, suffering three defeats and a draw in his playing days. 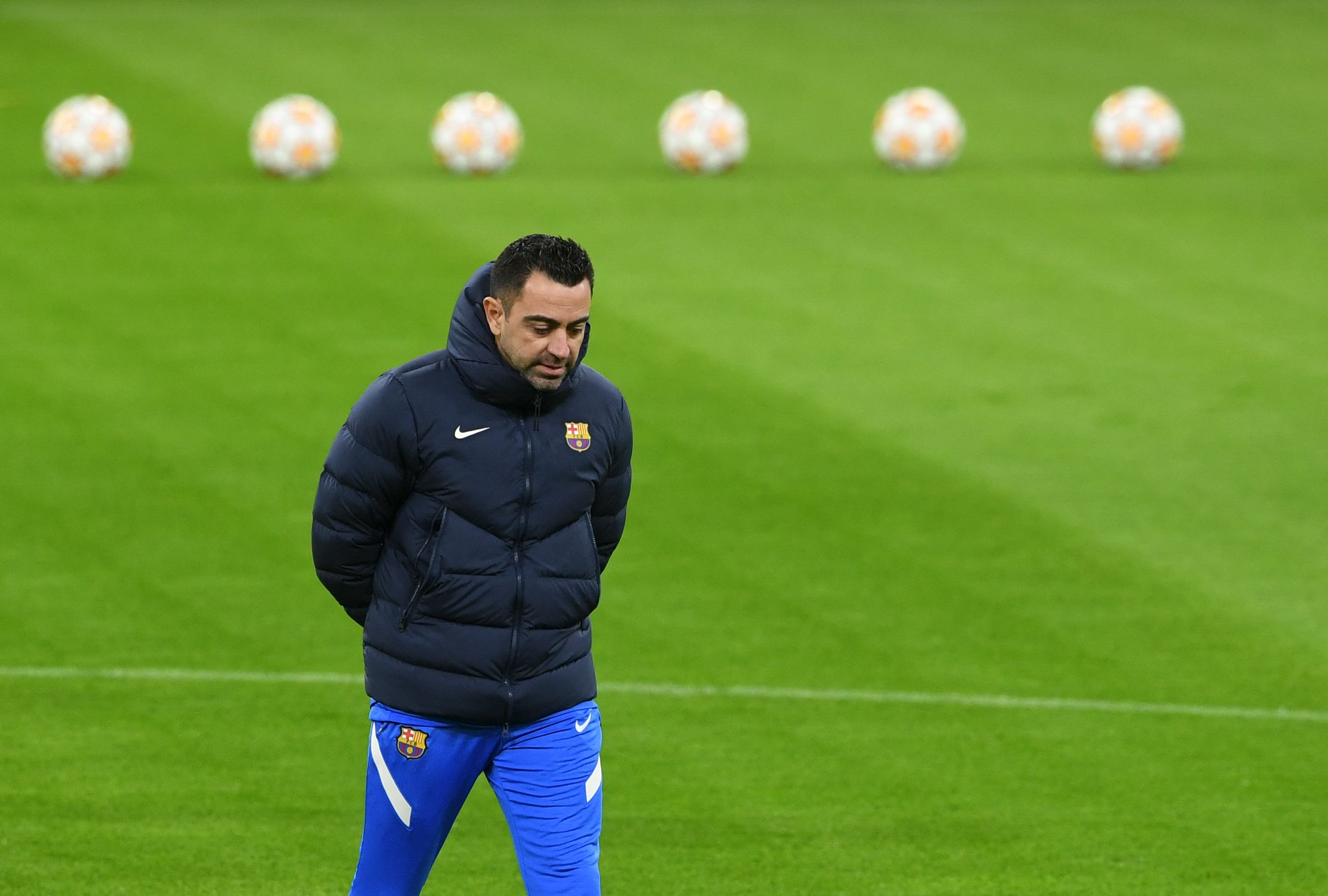 But having taken over from the axed Ronald Koeman last month, Xavi must now engineer a win in the Allianz Arena to help Barca avoid a Champions League group stage exit for the first time since 2000.

Only victory over the 100 per cent Bundesliga leaders — who took Koeman’s side apart in September’s 3-0 win in Barcelona — will be enough if Benfica beat eliminated Dynamo Kiev in Lisbon.

Dropping into the Europa League would be financially costly, too.

Barca bosses have assumed a last-eight run, netting a further £17m in Uefa prize money, in their planned accounts for the season.

But the bigger blow would be to the pride and morale of the Catalan side, with recently-returned Brazilian defender Dani Alves — ineligible for this game — vowing: “Our desire to win is tremendous, gigantic.

“We are Barca. We know where we are and what we represent, a team of people who dream, but also people who execute. The stage is difficult but the challenges are for those who are not afraid of difficult scenarios. This club is used to playing great games and will fight.”

Xavi is without five players, including Ansu Fati, Pedri and Sergio Aguero.

Bayern boss Julian Nagelsmann, though, promised Benfica opposite number Jorge Jesus there would be no letting up from his men, despite the game being played behind closed doors.

He said: “We are already qualified and we have no pressure but we have to play our best.

“It will be strange to play without any fans but it is important game to continue at a high level.

“I can already see the difference Xavi has made, they press hard and high.

“It leaves spaces for you to attack but first you have the difficulty of getting round the press. We know they have to win but that will make us play, too.”