A new photo book featuring barren streets and deserted landmarks at the peak of the first wave of COVID-19 offers a look back at the most chilling and uncertain parts of the pandemic.

‘Silent Cities: Portraits of a Pandemic: 15 Cities Across the World’ was compiled by art dealers Jeffrey and Julie Loria from photos taken in March and April of 2020. It was released on November 23.

The collection, published by Skyhorse Publishing and distributed by Simon & Schuster, includes jarring photos of usually bustling cityscapes bereft of any and all human activity as people and governments navigated the early days of COVID.

In one photo, a freeway leading into downtown Los Angeles – usually filled with bumper-to-bumper traffic during rush hour – is shown completely empty in front of a cluster of skyscrapers.

COVID-19 was first discovered in Wuhan, China, in December 2019. US intelligence agencies think the virus probably infected humans through ‘an initial small-scale exposure that occurred no later than November 2019.’ 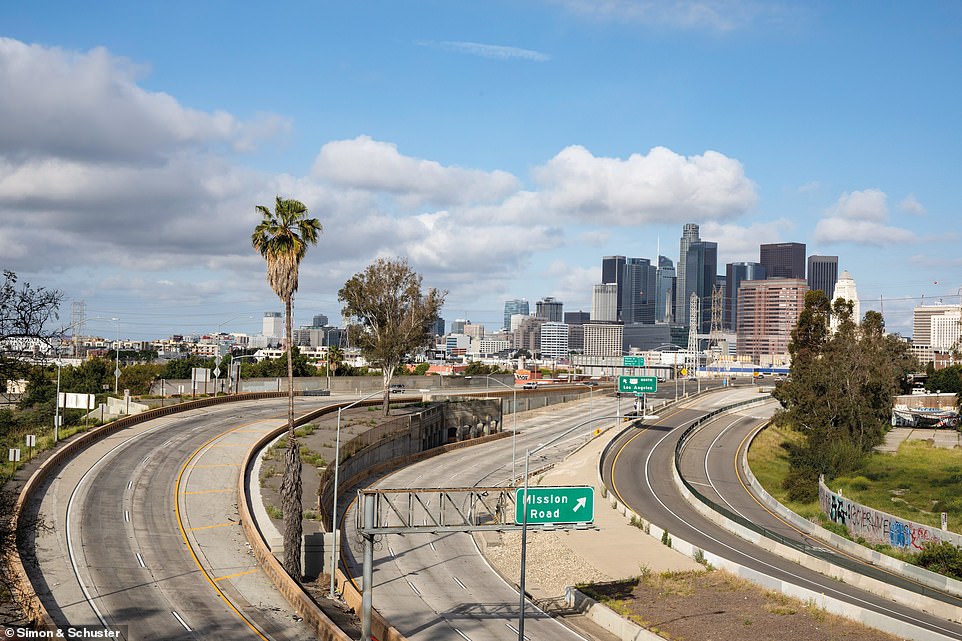 A freeway leading into downtown Los Angeles, usually covered in bumper-to-bumper traffic, appears empty during the early days of lockdown, as documented in the new book ‘Silent Cities: Portraits of a Pandemic: 15 Cities Across the World’ 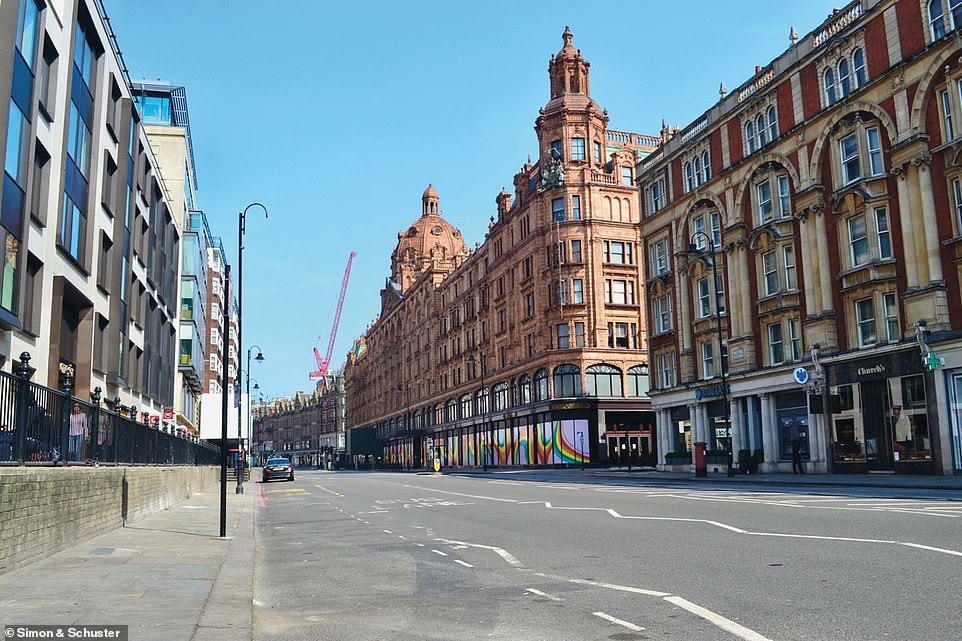 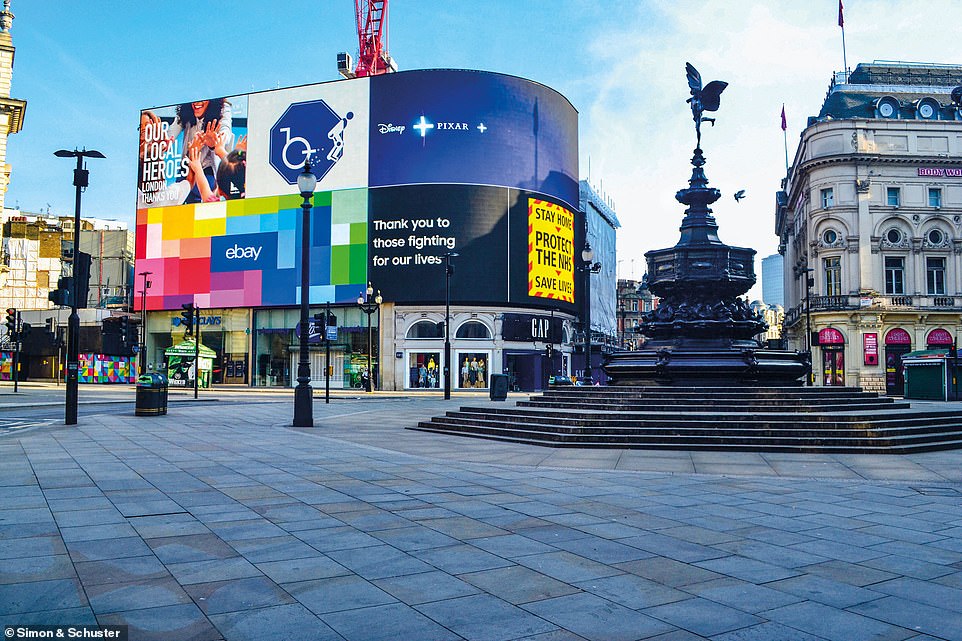 Also in London, digital billboards promote Disney+ and eBay to no one as a PSA warns people to stay home 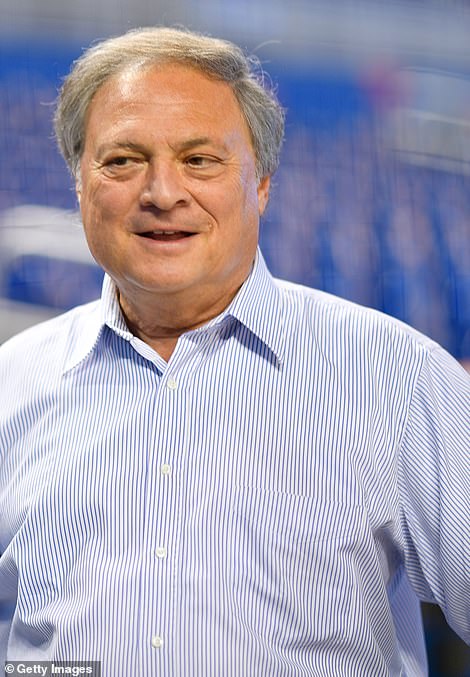 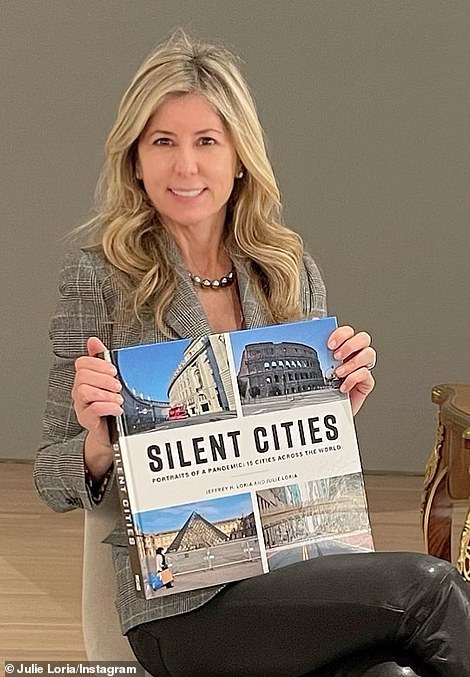 Silent Cities was compiled by husband-and-wife art collectors Jeffrey and Julie Loria. Jeffrey, 81, is the former owner of two MLB teams, the Miami Marlins and the Montreal Expos, now the Washington Nationals

The origins of the virus are still in debate, with US intelligence agencies believing it could have resulted from a laboratory accident or through natural exposure at China wet market, though many believe it was engineered by the Communist regime as a chemical weapon.

China published the genetic sequence of the virus on January 5, 2020, and quickly locked down the country. Eight days later, the virus was confirmed in Thailand.

By January 20, the first case in the US was confirmed in Washington state.

The World Health Organization declared the virus a pandemic on March 11, prompting a scramble of patchwork lockdowns and safety measures combined with shortages on everything from toilet paper to face masks.

A photo in ‘Silent Cities’ dated April 10, 2020, shows a vacant Times Square populated only by banners for Broadway shows that went on hiatus.

On a deserted Bond Street in London, a lone man on a bicycle pedals away from the Allies sculpture depicting former British Prime Minister Winston Churchill and US President Franklin D. Roosevelt. 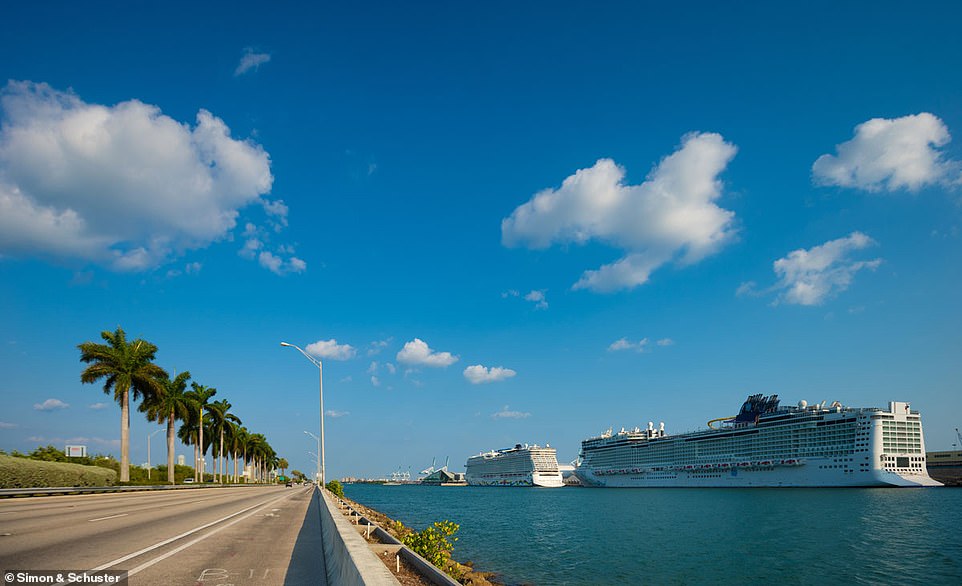 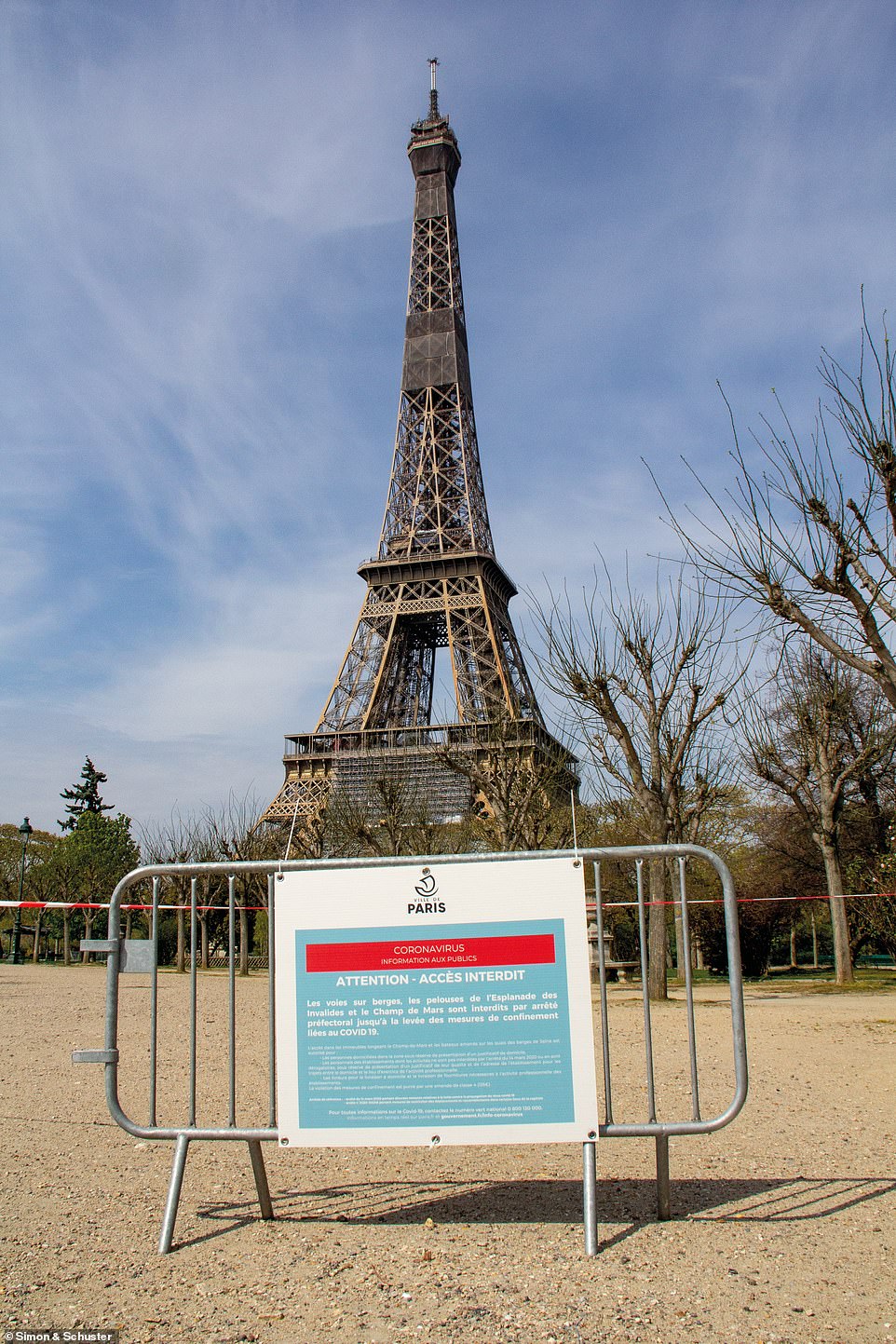 A sign on a metal barricade warns people to keep away from the Eiffel Tower, a usually crowded affair 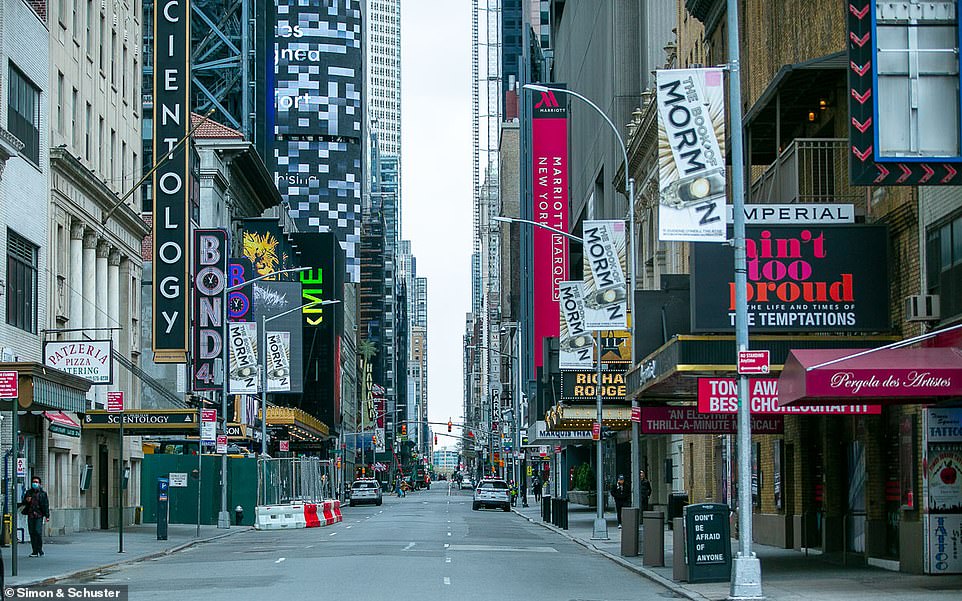 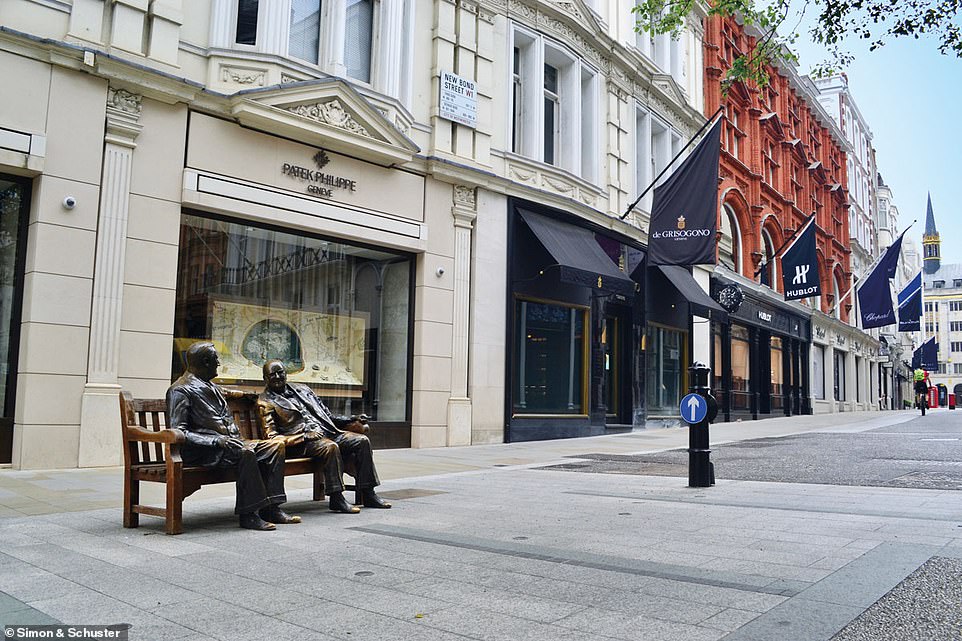 A lone man on a bicycle pedals away from the Allies sculpture of Winston Churchill and Franklin D. Roosevelt in London

Also in London, digital signs promote the streaming service Disney+ and e-commerce site eBay to no one at Piccadilly Circus. Another ad warns people to, ‘Stay home. Protect the NHS. Save lives.’

In Italy, a locked down resident appeared to pay homage to his country by recreating the Italian flag by hanging red, green and white T-shirts from his balcony.

Moderna began the first human trial for a COVID-19 vaccine mere days after the WHO declared the virus a pandemic.

Shutdowns and calls for people to stay home rocked the global economy: Small businesses had to close their doors, people lost their jobs and some in the US made more money than ever on expanded unemployment benefits.

In the European Union, only about 2.6 million workers aged 15 to 64 lost their jobs over this period, despite the EU having a larger population.

The virus has killed 5.26 million people worldwide, with more than 788,000 deaths in the US attributed to COVID.

‘In the past year, hospitals filled, highways and subways emptied, landmarks and parks were deserted, our healthcare workers became increasingly fatigued and frustrated, and nearly all human activity paused,’ Skyhorse Publishing said in a statement.

‘In photographs, The Great Wall and The Colosseum look photoshopped, with no tourists in sight. This book creates a visual narrative to document that emptiness as a way to reflect and find solace amid the shock. A year later, it’s something we’ve all seen and can relate to.’ 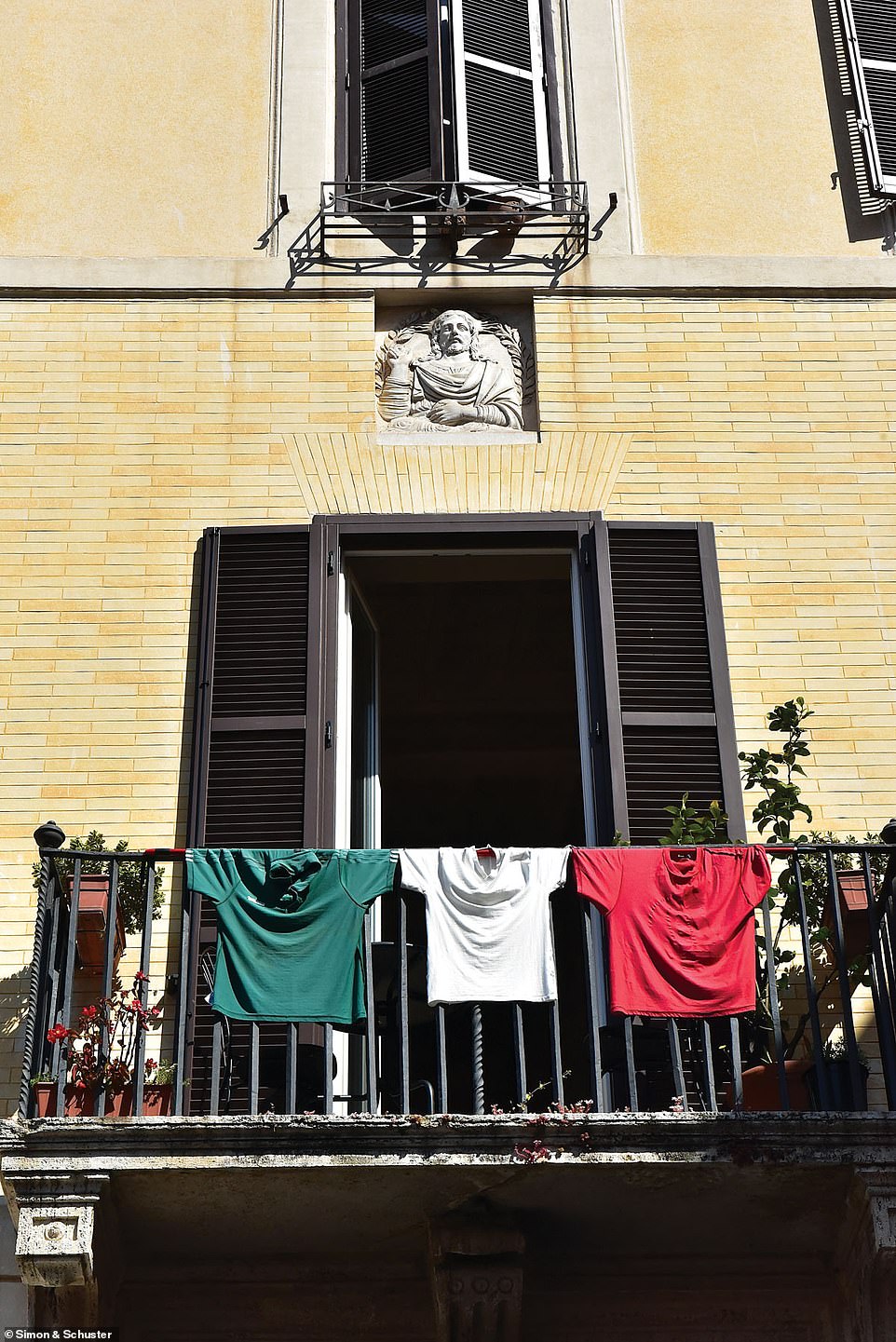 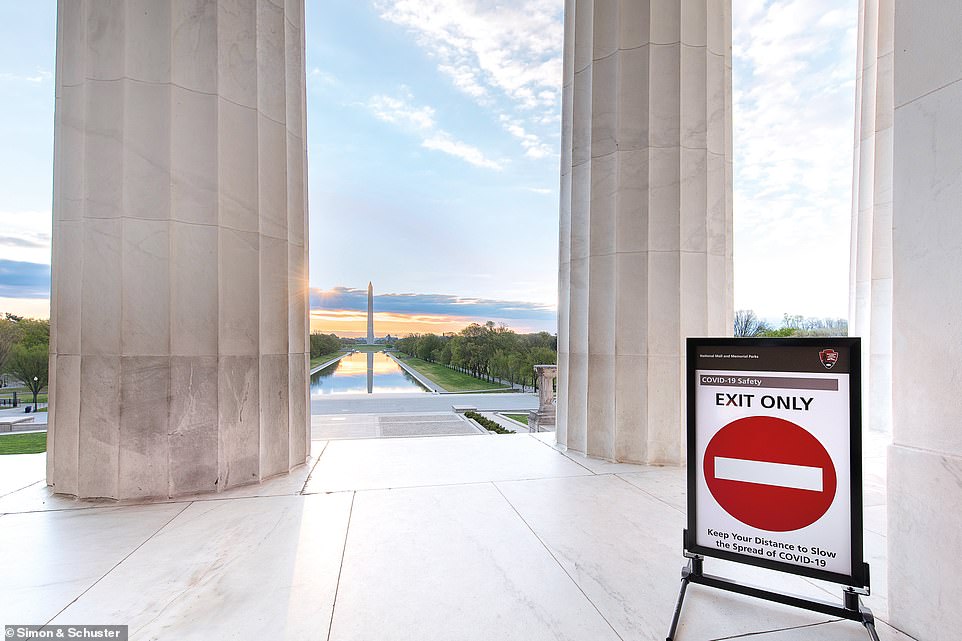 A sign at the empty Lincoln Memorial in Washington, DC warns people to keep their distance to slow the spread of COVID-19 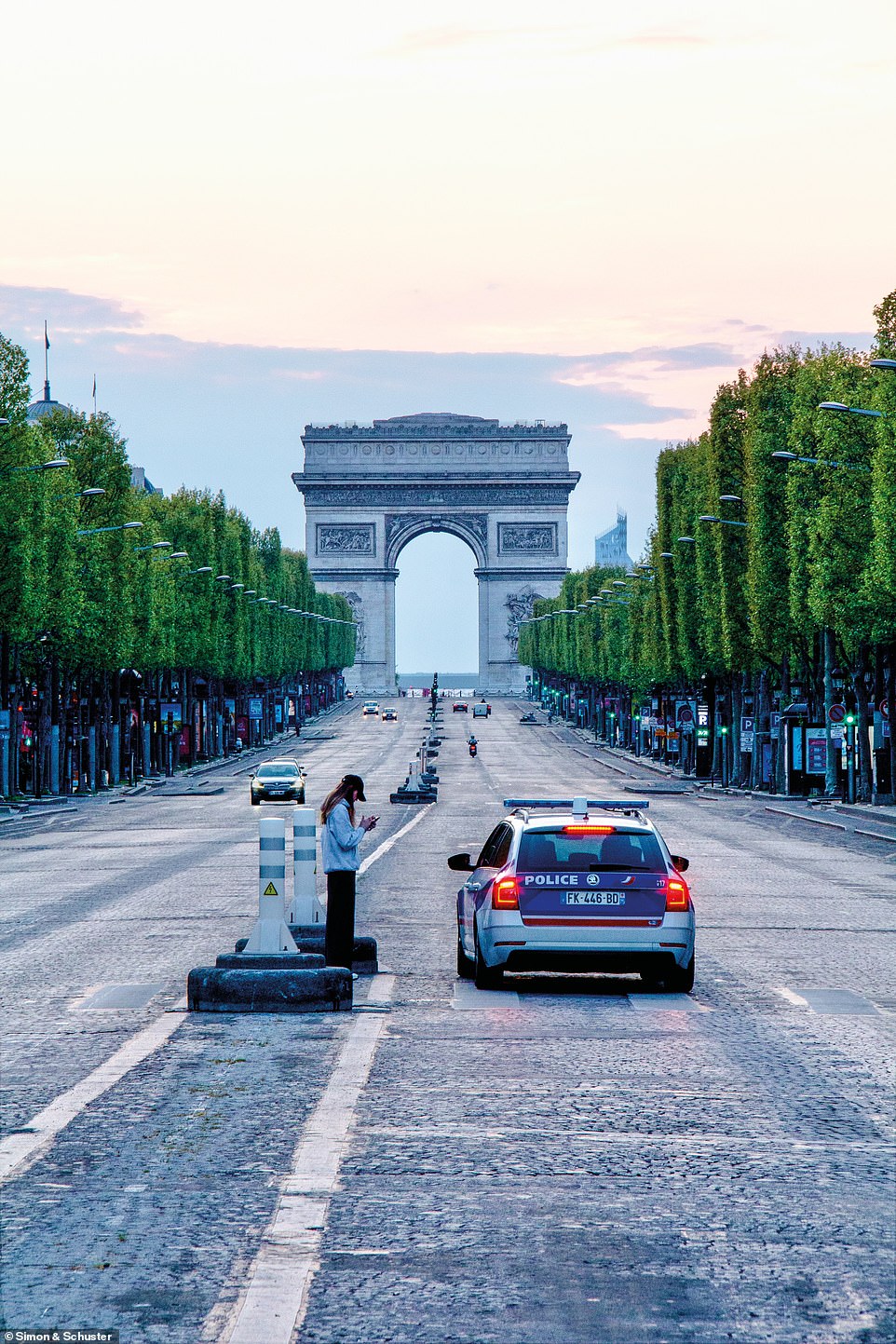 On April 12, 2020, a woman looks at her phone as a police car passes in front of her by the Arc de Triomphe in Paris 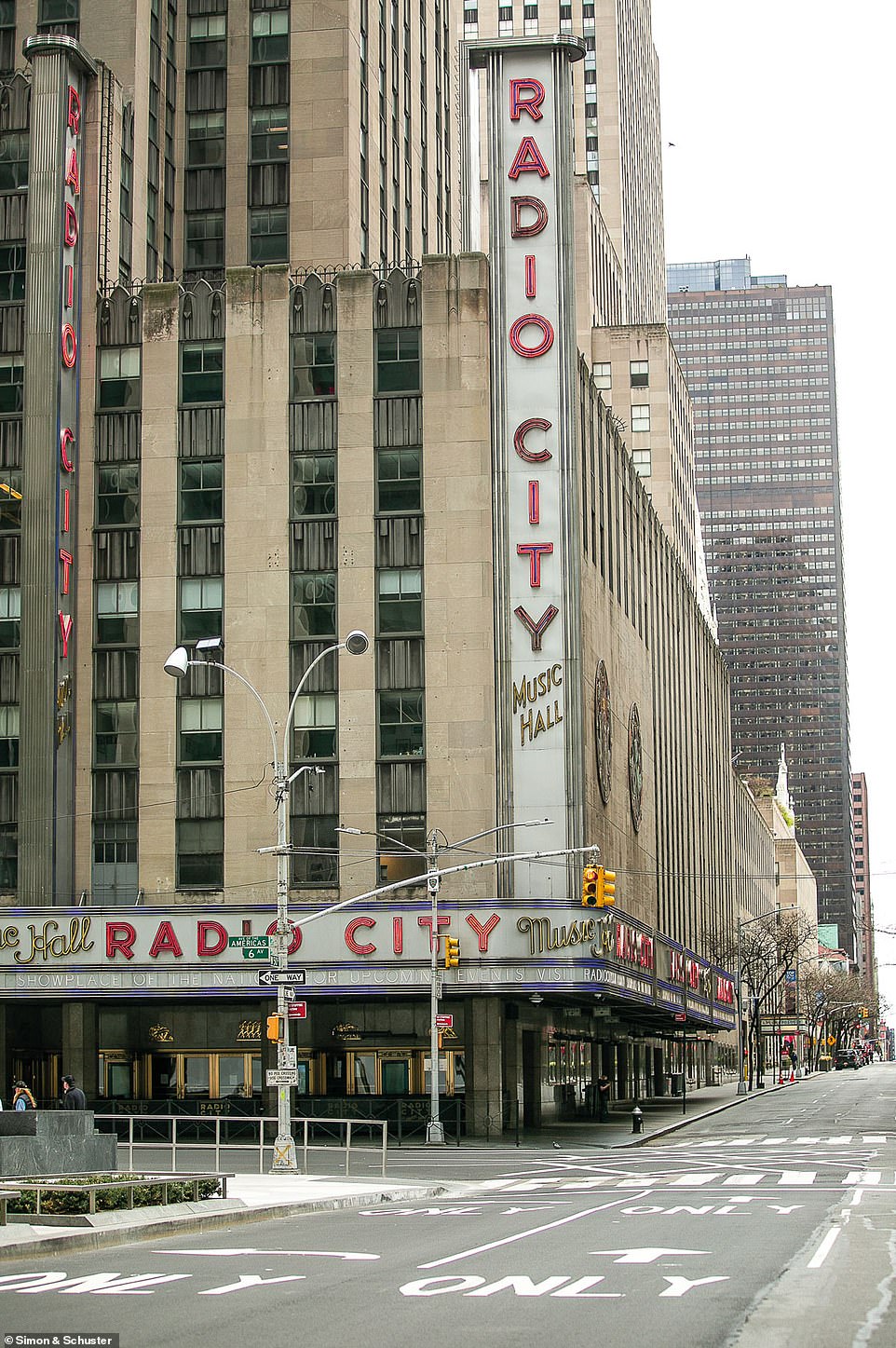 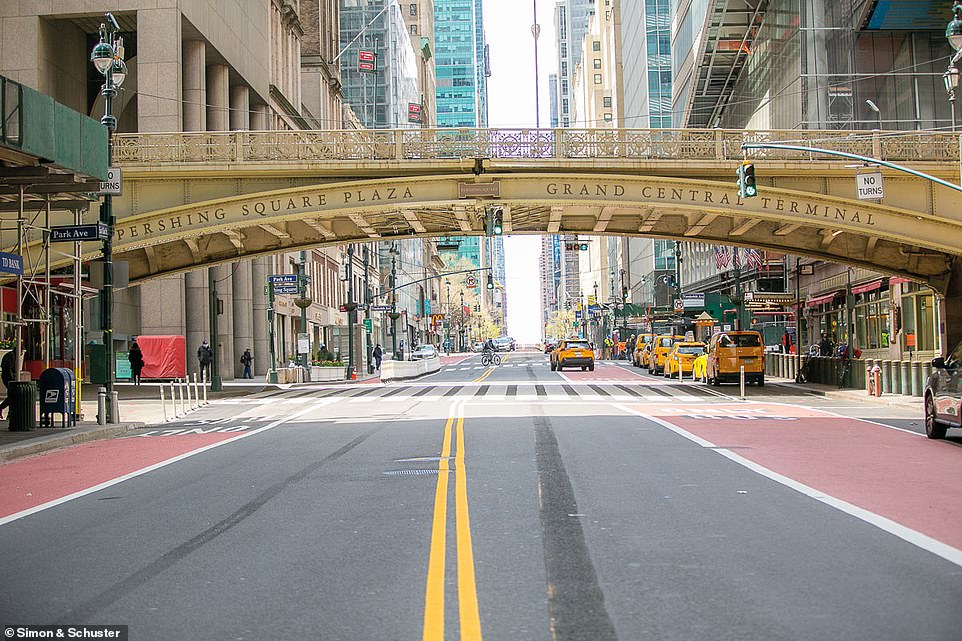 The business closures from last year’s stay-at-home orders forced many small businesses to close their doors for good. To date, the US economy remains about 4 million jobs down from pre-pandemic levels. Above, Grand Central in Manhattan

The book was compiled by Jeffrey and Julie Loria, a husband and wife art dealer duo based in New York City. It is available for purchase on Amazon for $35. 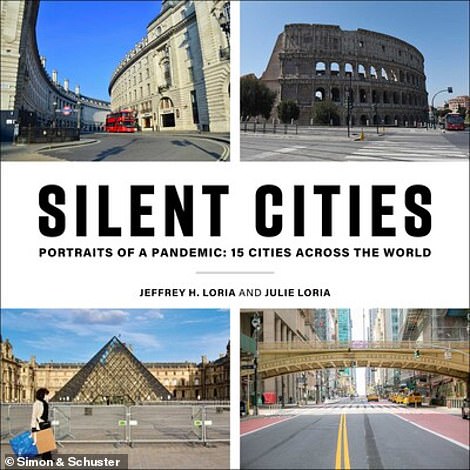 Silent Cities was released on November 23 by Skyhorse Publishing. It’s selling for $35 on Amazon

Jeffrey is the former owner of the Major League Baseball teams the Montreal Expos, now the Washington Nationals, and the Miami Marlins.

‘The photos show a range of emotions, from the physical and psychological weight of caskets being carried to a Rio cemetery, to the completely empty and eerie Times Square and Rodeo Drive, to the patriotic pride in Rome’s t-shirt display honoring their Italian flag colors as a symbol of hope,’ Skyhorse said.

‘The photographs are not only a reminder of the harrowing pandemic that hushed some of the world’s greatest urban streets, but also proof that across the globe, we were all in this together. Beneath the somberness in these images, there is a hint of beauty amid the stillness, but most of all, there is the presence of hope and promise that we will thrive again.’

A photo of the Eiffel Tower in Paris shows the monument sectioned off behind a rail with a warning sign. In Washington, DC, a sign warns visitors of the Lincoln Memorial to keep their distance ‘to slow the spread of COVID-19.’

The US economy is still down 4 million jobs from pre-pandemic levels, according to the Bureau of Labor Statistics, but the unemployment rate has slowly recovered, now at 4.2 percent compared to a pandemic high of 14.8 percent in April 2020, when mass layoffs began.