KINGSLEY COMAN has signed a new contract at Bayern Munich to put him among the top earners.

The France whiz, 25, was a transfer target for the likes of Manchester United. 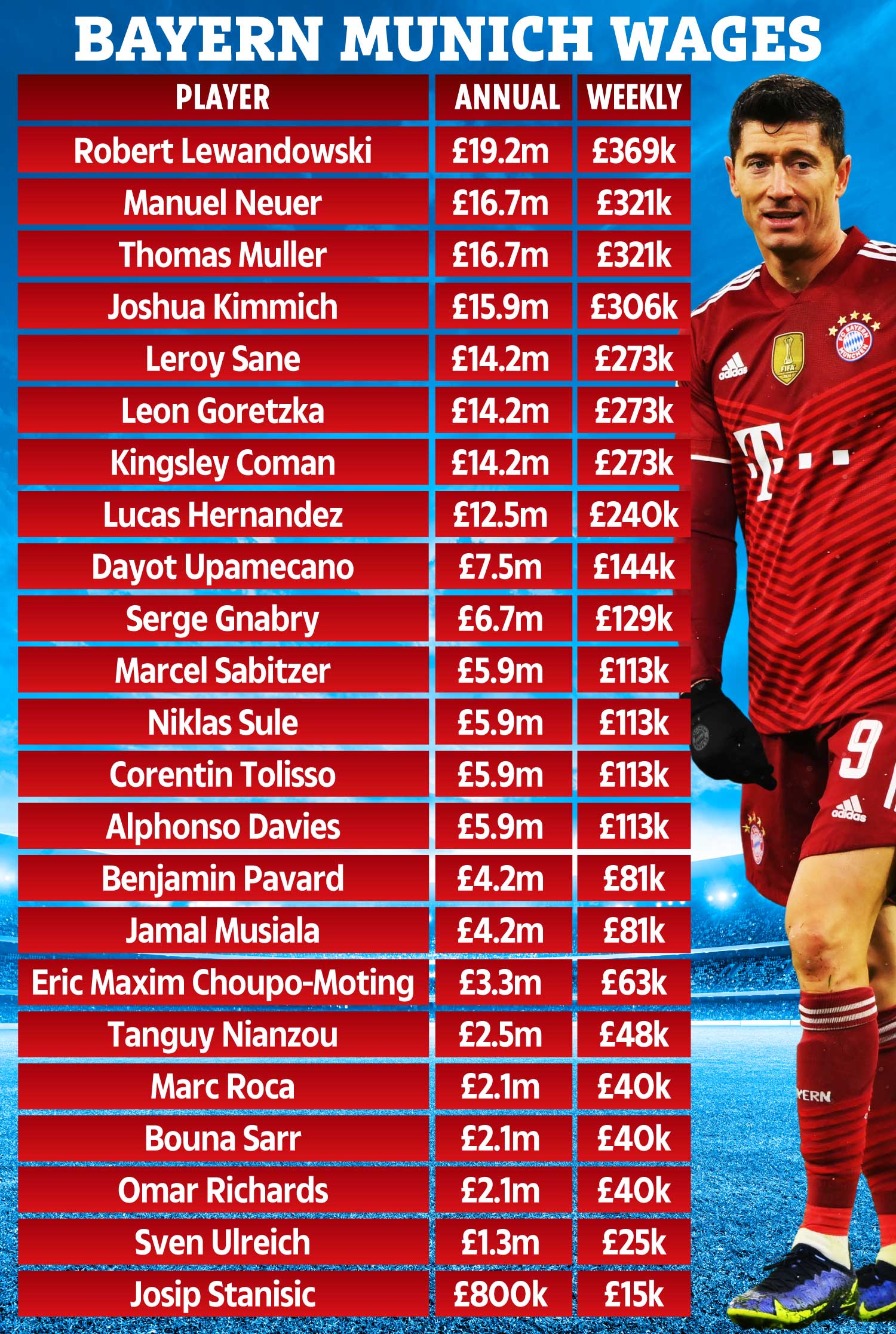 But Coman ended the speculation surrounding his future by putting pen to paper on a staggering deal worth £273,000 per week until 2027.

Incredibly, the former Paris Saint-Germain and Juventus winger is NOT the top-paid star at Bayern.

In fact, he's only joint-FIFTH, according to the numbers from Sky Sports.

The Polish striker rakes in a staggering £369,000 a week at the Allianz Arena after forging a reputation as the best centre-forward on the planet.

Veterans Manuel Neuer and Thomas Muller are joint-second on £321,000 per week.

Coman joins Leroy Sane and Leon Goretzka in pocketing £273,000 a week at the German giants.

Benjamin Pavard and Jamal Musiala both take home £81,000 per week.

Josip Stanisic is the lowest-paid player in Bayern's first-team squad on a healthy £15,000 per week.