UNDEFEATED boxing world champion Claressa Shields won by stoppage on her MMA debut against Brittney Elkin – but had major scares along the way.

Shields survived a series of submission attempts in the first two rounds of before beating Elkin by TKO at the Professional Fight League event in Atlantic City on Thursday. 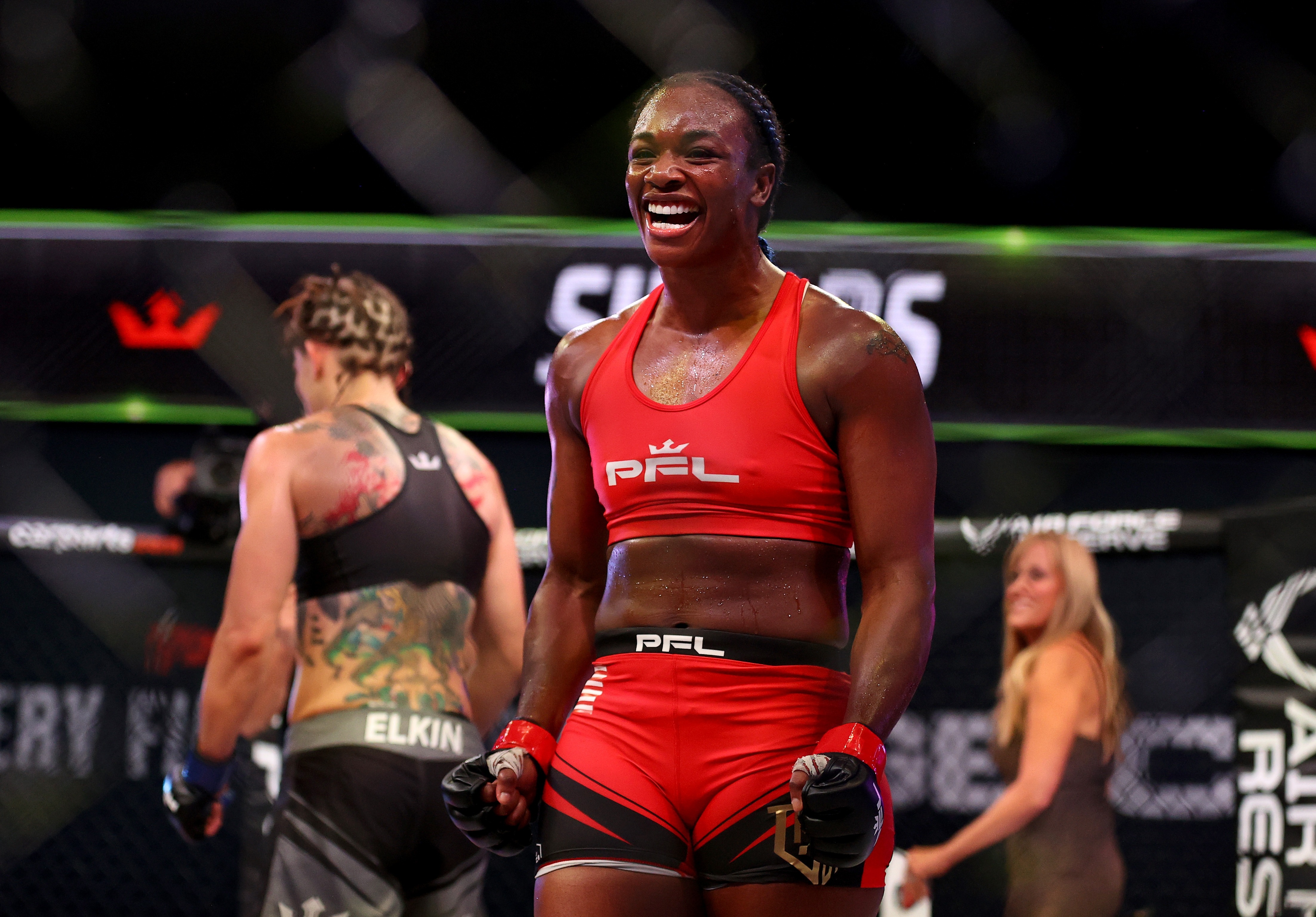 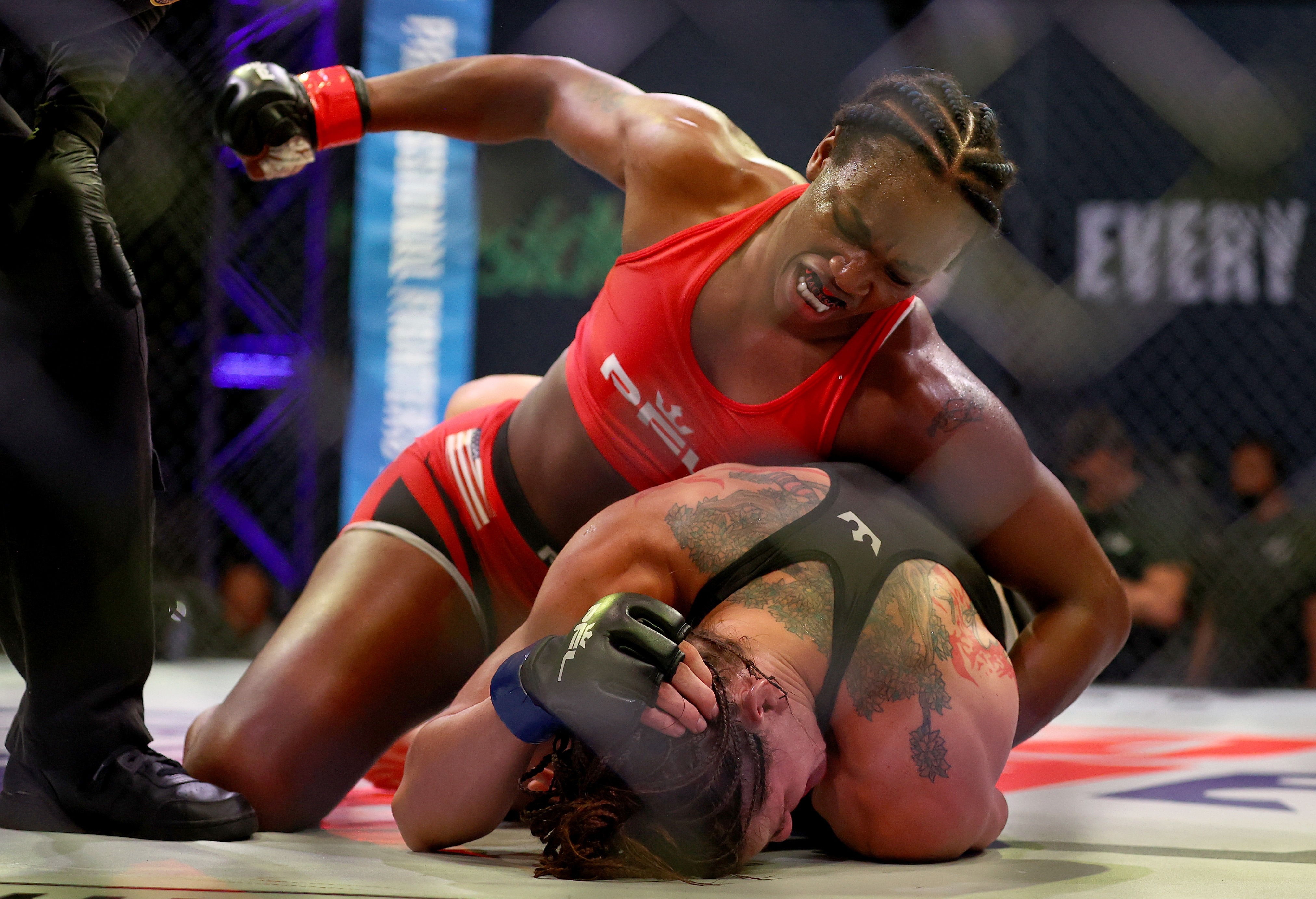 This meant she went into the third and final five-minute frame knowing she had to stop the experienced jiu-jitsu brown belt.

Shields landed some heavy punches and managed to retain top position as Elkin again tried to take the fight to the mat.

The 26-year-old ended the contest in a flurry of right hands to complete a stunning reversal one minute and 44 seconds into the round.

In her post-fight interview, Shields said: "I feel like I am dreaming, this is crazy.

"I tell you, when that third round came, I'm gonna dog her, I went crazy."

Shields has already won the light middleweight, middleweight and super middleweight crowns in her boxing career and become the fastest fighter in history either male or female to become a three-division world champion.

She only started her MMA training in December at the Jackson Wink MMA Academy in Albuquerque, New Mexico. 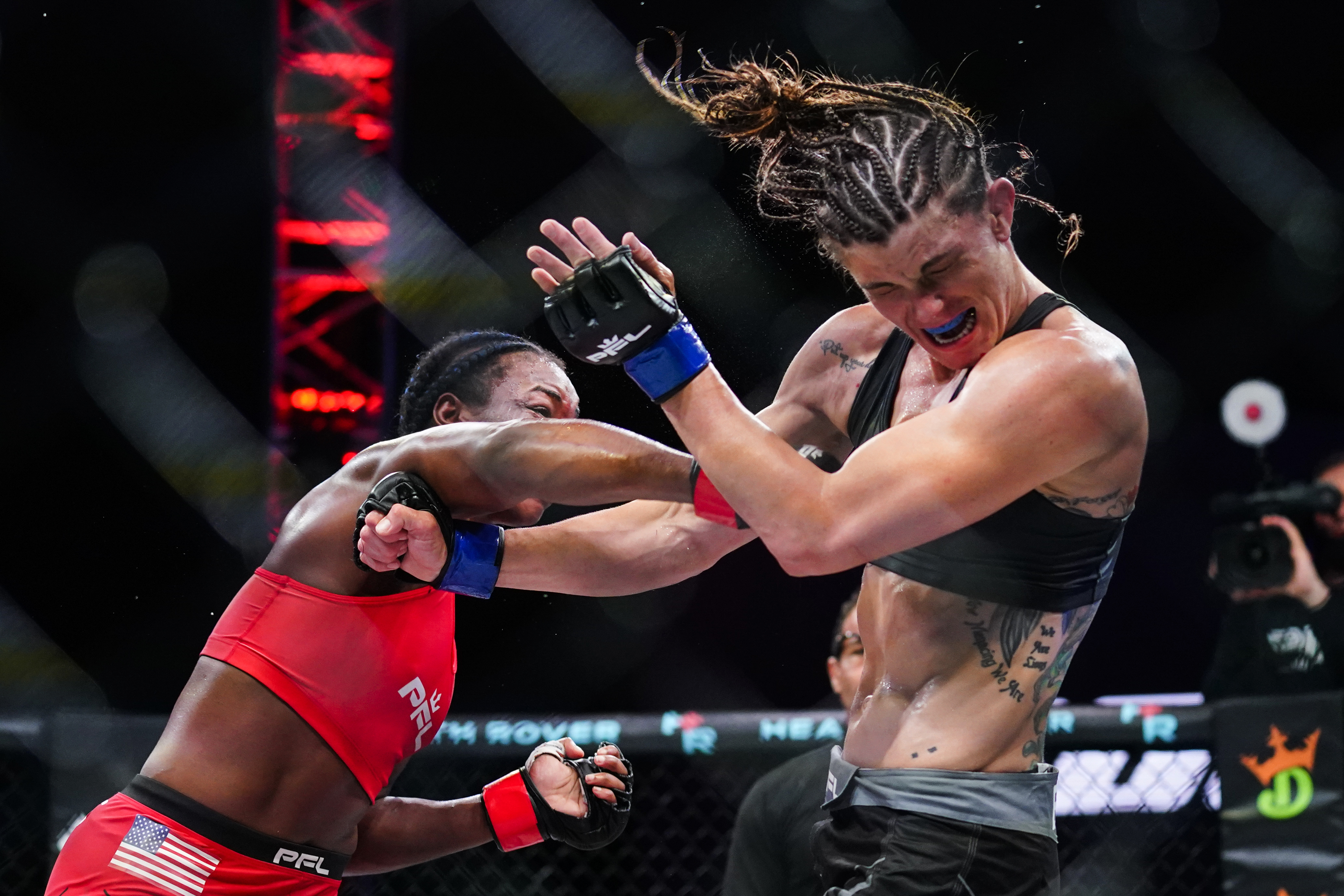 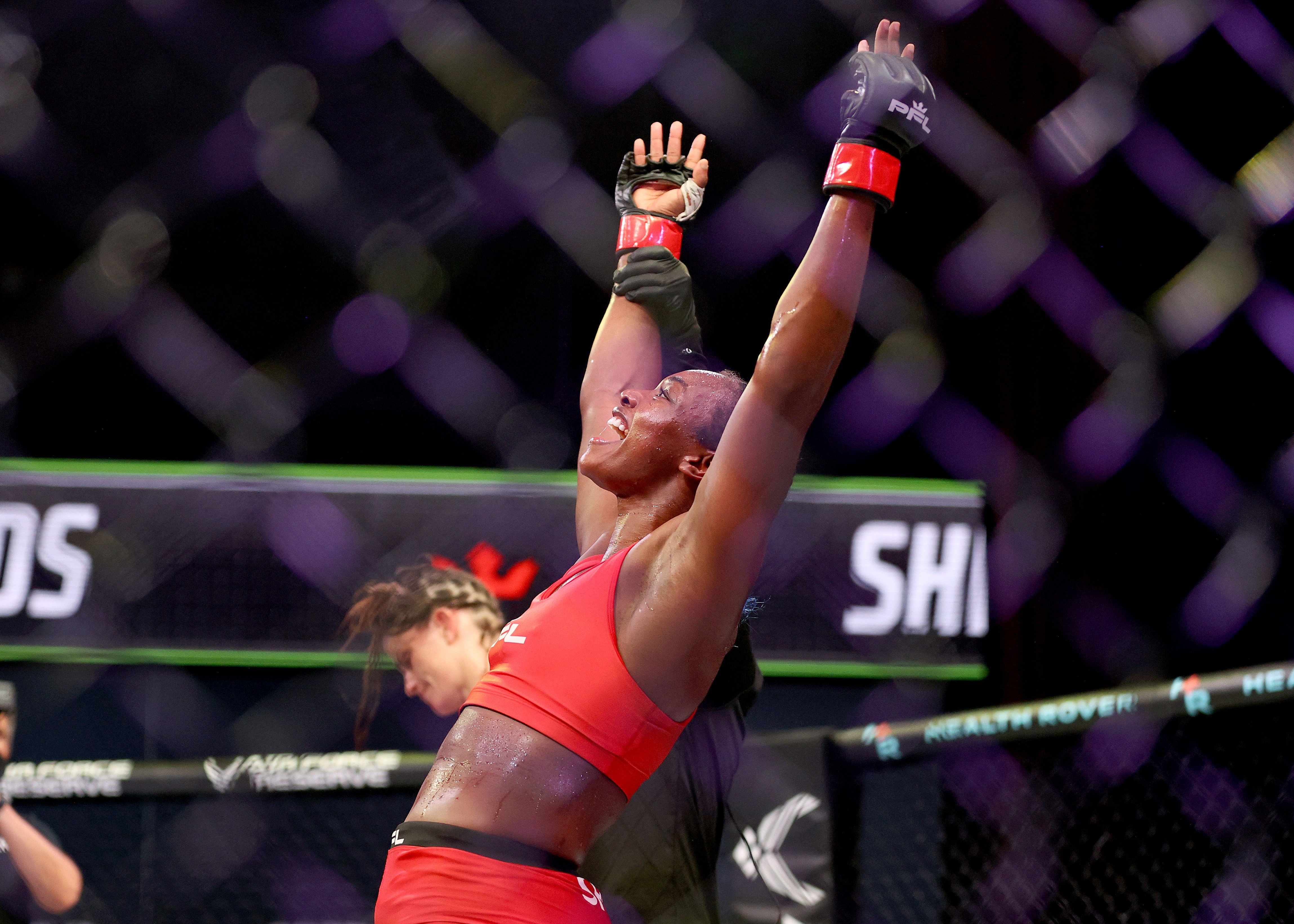 But some fans on social media were less-than impressed with what they watched – some even calling it 'a fix'.

Another fight fan posted: "How does a MMA fighter lose to a boxer in MMA?"

Jeff Weber commented that Elkins 'just appeared to lay down' before adding 'looked like the fix was on this'. 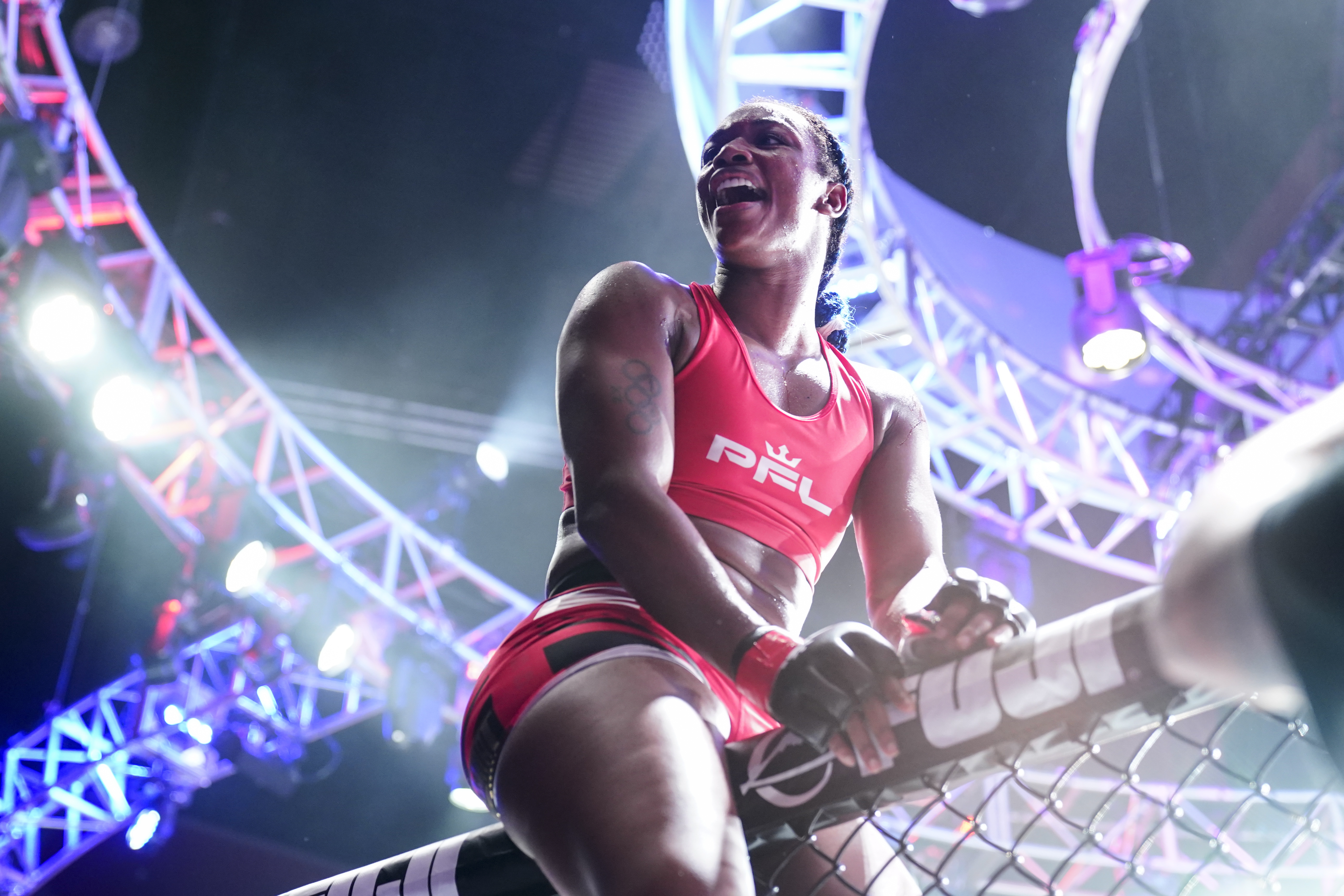 However there was plenty of credit goign around for Shields for her transition into the cage.

One wrote: "Shields is a bad ass chick' while another posted that the ground 'n' pound had him 'jumping around my living room'.

Arion Armeniakos added: "That was the best first fight she could’ve asked for in terms of experiencing the highs and lows in the cage.