CHELSEA have been charged with two breaches of conduct by the FA after they reacted aggressively to Reece James' sending off at Anfield on Saturday.

The England full-back was dismissed by referee Anthony Taylor in first half stoppage time after he was deemed to have handled the ball on the line, preventing a clear goalscoring opportunity. 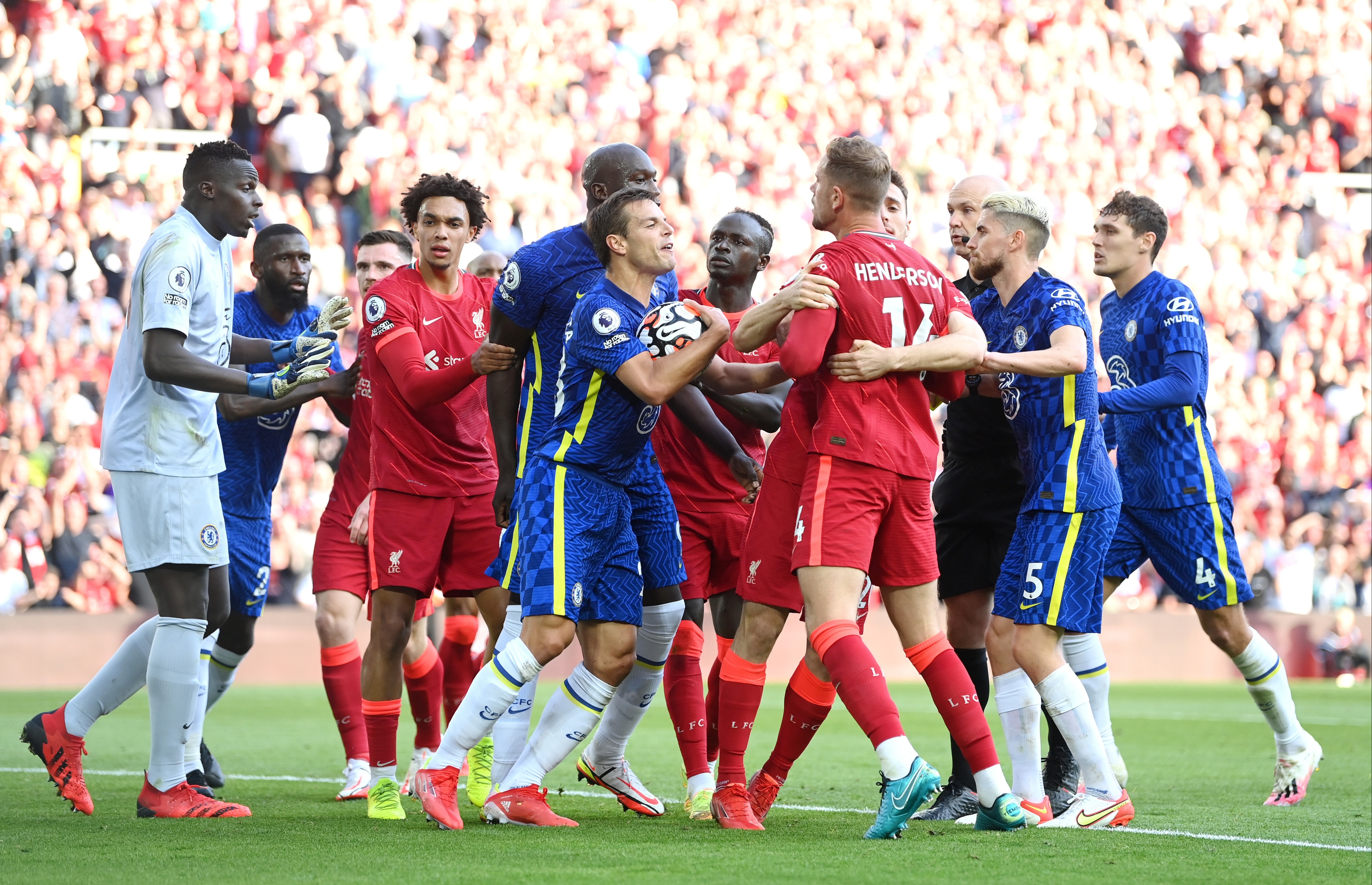 And the Chelsea players were left furious with the decision as angry scenes ensued both before and after Mohamed Salah scored the resulting penalty.

"It is alleged that Chelsea FC failed to ensure its players conducted themselves in an orderly fashion during the 48th minute of the first half and following the half-time whistle.

SunSport's whistleblower Mark Halsey predicted that Chelsea would be charged for 'failing to control their players in the aftermath' of the incident.

Prior to the sending off Chelsea had led 1-0 thanks to a sumptuous header from Kai Havertz.

But the James sending off seemed to turn the tide of the game on the brink of half time.

Chelsea were dealt a double blow when Salah tucked away the spot kick.

Thomas Tuchel's team looked on the ropes for the first 20 minutes of the second half as Liverpool began to take charge.

Chelsea saw the game out to draw 1-1 and maintain their unbeaten start to the Premier League season.

Tuchel's side currently sit fourth in the table with seven points from three games.

Tottenham are top of the Premier League heading into the international break as the only team to still boast a 100 per cent record.