The Kansas City Chiefs offensive lineman was listed as questionable because of a hand injury before the team’s game against the Washington Football Team. The NFL Network reported Thuney played in last week’s game against the Buffalo Bills with a broken hand and planned to do so for Week 6. 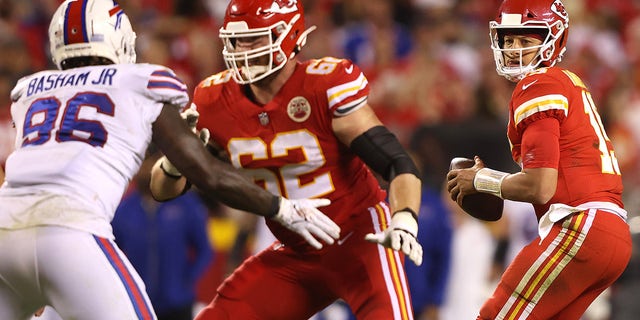 Joe Thuney #62 blocks as Patrick Mahomes #15 of the Kansas City Chiefs looks to pass the ball under pressure from Boogie Basham #96 of the Buffalo Bills during the first half of a game  at Arrowhead Stadium on October 10, 2021, in Kansas City, Missouri.
(Photo by Jamie Squire/Getty Images) 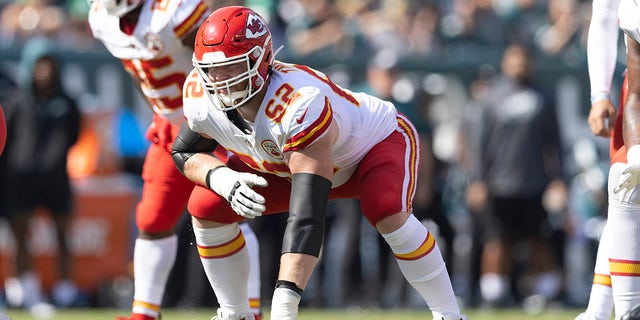 Joe Thuney #62 of the Kansas City Chiefs in action against the Philadelphia Eagles at Lincoln Financial Field on October 3, 2021 in Philadelphia, Pennsylvania.
(Photo by Mitchell Leff/Getty Images)

Chiefs offensive line coach Andy Heck gave some insight Thursday about talking with Thuney after he broke his hand.

“There wasn’t a lot of conversation about it. I was made aware and that he’d be getting X-rays at halftime and we’d see if he could go. I asked him, ‘How are you doing?’ and he said, ‘I’ll be good, I’ll give it a go.’ I said, ‘Great, we’ll keep an eye on you,’ and that was that. So, he did a really nice job pushing through that, I’m sure it was very painful, and played well,” Heck said.

Thuney started his career with the New England Patriots and joined the Chiefs before the start of the 2021 season. 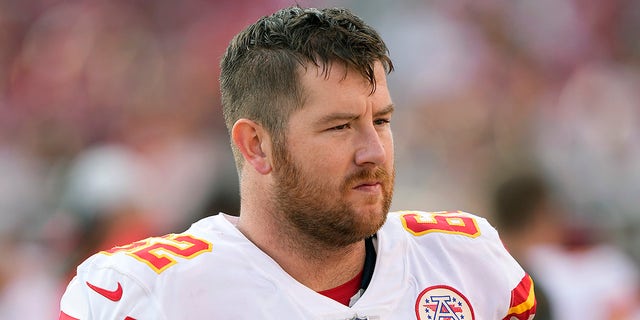 Joe Thuney #62 of the Kansas City Chiefs looks on from the bench against the San Francisco 49ers during the first quarter at Levi’s Stadium on August 14, 2021 in Santa Clara, California.
(Photo by Thearon W. Henderson/Getty Images)

He’s played in every single possible regular-season game since entering the league in 2016.