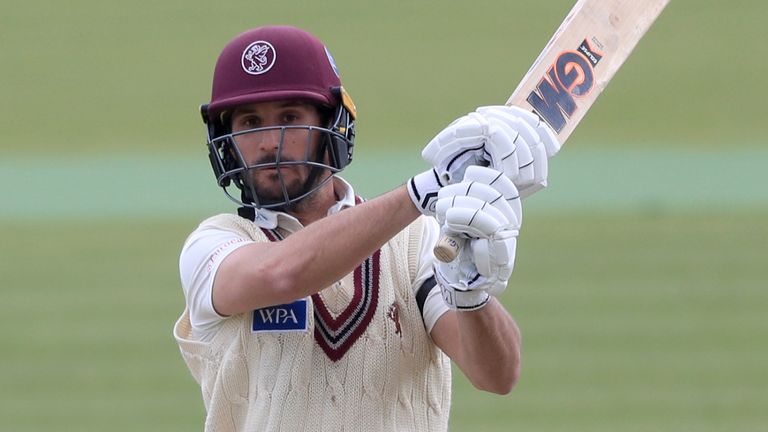 Lewis Gregory and Roelof van der Merwe shared an eighth-wicket partnership of 171 as Somerset staged a remarkable comeback to post 360 in their Group 2 clash with Hampshire at Taunton.

Keith Barker (6-72) had devastated the Somerset batting with an opening spell of 4-7 in nine overs, leaving the innings apparently in tatters at 43-5. Somerset vs Hants scorecard

But Gregory (107) and van der Merwe (88) transformed their side’s fortunes with a stand that was only broken when Brad Wheal produced a direct hit from cover to run out van der Merwe and deny him the chance of a century. 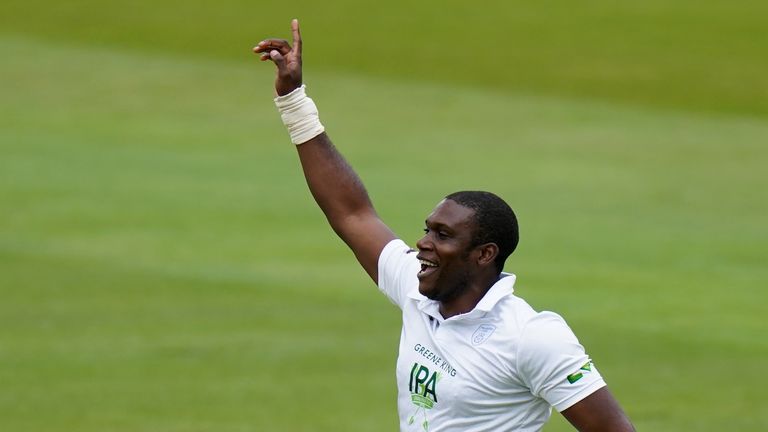 Late hitting from Josh Davey (22 not out) and Marchant de Lange (17) then lifted Somerset above the 350 mark before Wheal (2-66) finished off the innings.

Leicestershire batsman Marcus Harris hit his second successive hundred as the Foxes dealt a blow to Gloucestershire hopes of a top-two finish by posting an impressive 357-5 at Grace Road. Leics vs Gloucs scorecard

Harris, whose century set up Leicestershire’s first win of the season against Middlesex last week, top-scored with 148 before he eventually fell lbw to Glenn Phillips (2-73).

He was backed up by half-centuries from skipper Colin Ackermann (57) and Lewis Hill (56), putting the home side in line for maximum batting bonus points when they resume in the morning.

Lancashire seamers Tom Bailey and Saqib Mahmood bowled their side back into the game against Glamorgan after 19 wickets went down on the opening day of their Group 3 encounter at Cardiff. Glamorgan vs Lancs scorecard

The Red Rose were bowled out for 173 – Bailey top-scoring at no 9 with a knock of 31 – as Glamorgan’s overseas bowler Michael Neser took 3-46, while Michael Hogan, James Weighell and Dan Douthwaite collected two wickets apiece. 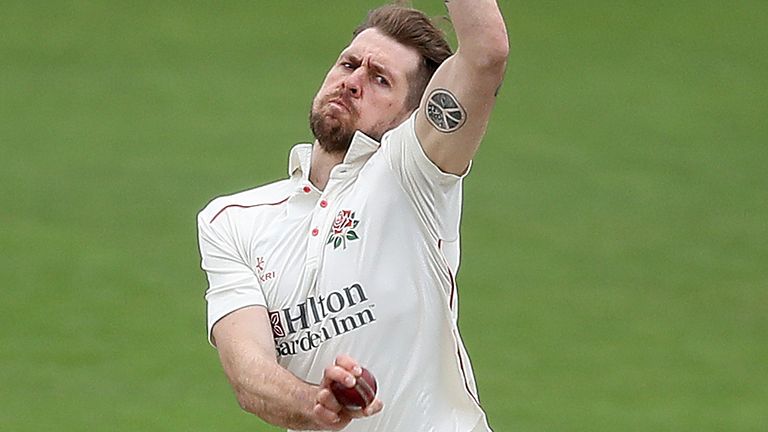 Marnus Labuschagne (44) appeared to have put Glamorgan on course for a first-innings lead – but Bailey (3-40) and Mahmood (3-34) instigated a middle-order collapse and the home side eventually closed on 150-9, still 23 behind.

Sussex skipper Ben Brown struck an unbeaten hundred – his first of the season – to steer his side into a solid position against Yorkshire after losing early wickets at Headingley. Yorks vs Sussex scorecard

The visitors were put in after losing the toss and soon found themselves in trouble at 68-4, with Jordan Thompson picking up 3-42 for the Tykes before Brown, who finished on 126 not out, took charge of the situation.

The captain shared a fifth-wicket partnership of 107 with Aaron Thomason (40) and an unbroken stand of 92 with 16-year-old debutant Danial Ibrahim (37no) to ensure Sussex reached the close at a healthy 267-5.

Emilio Gay scored his maiden first-class century to put Northamptonshire in charge against Kent at Canterbury despite a late mini-revival from the home side. Kent vs Northants scorecard

Opener Gay put on 135 for the first wicket with Ricardo Vasconcelos (66) and Luke Procter’s knock of 81 then took Northants to an impressive platform at 314-2 after Matt Quinn had dismissed Gay for 101.

An innings to remember for @emilio_nico1 🍾

Darren Stevens (2-52) made good use of the second new ball with two quick wickets, but Northamptonshire fought back to reach stumps in a commanding position at 362-5.

Three Nottinghamshire batsmen scored half-centuries as the visitors closed on 248-6 after being asked to bat in their top-of-the-table Group 1 clash against Essex at Chelmsford. Essex vs Notts scorecard

Joe Clarke, who had been forced to retire hurt after taking a blow to the arm, returned to the crease and finished the day undefeated on 57, joining forces with Liam Patterson-White (17no) for a partnership that has realised 58 so far.

Sam Hain top-scored with 77 and Michael Burgess also hit a half-century as Warwickshire reached 272-9 after being in to bat on an evenly-fought opening day against Derbyshire. Derbyshire vs Warwickshire scorecard

Paceman Sam Conners (4-45) reduced the Bears to 16-2 before Hain and Burgess counter-attacked, with Luis Reece (2-25) helping to ensure that the home side secured three bowling points before stumps. 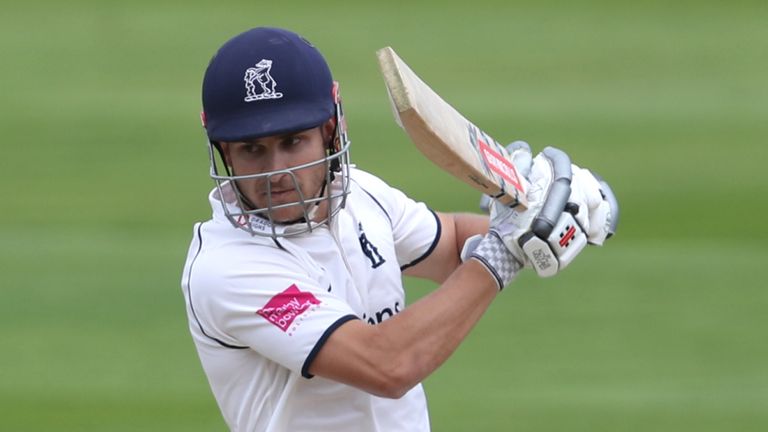 Alex Lees’ half-century enabled Durham to build a narrow lead against Worcestershire after 14 wickets went down on the opening day at New Road. Worcs vs Durham scorecard

Durham put the home side in and bowled them out for just 131, with only four batsmen reaching double figures as Brydon Carse (4-25) and Matthew Potts (4-32) ran through the innings in 50.3 overs.

Although Josh Tongue (3-22) captured two wickets in three balls, Lees’ knock of 52 and Scott Borthwick’s 42 took Durham to 140-4, an advantage of nine runs with plenty of batting to come.