JOAO GOMES had football fans looking away awkwardly after mistakingly pulling his shorts up a little too far to reveal his PRIVATES.

The Flamengo midfielder yanked his shorts up in exasperation on the pitch, but ended up grabbing them a little too hard. 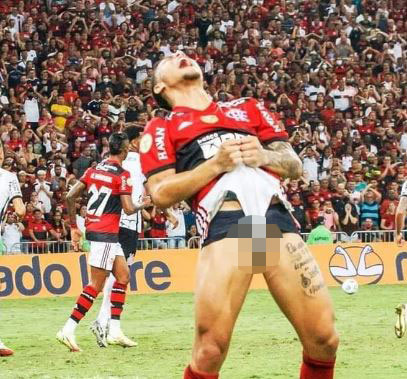 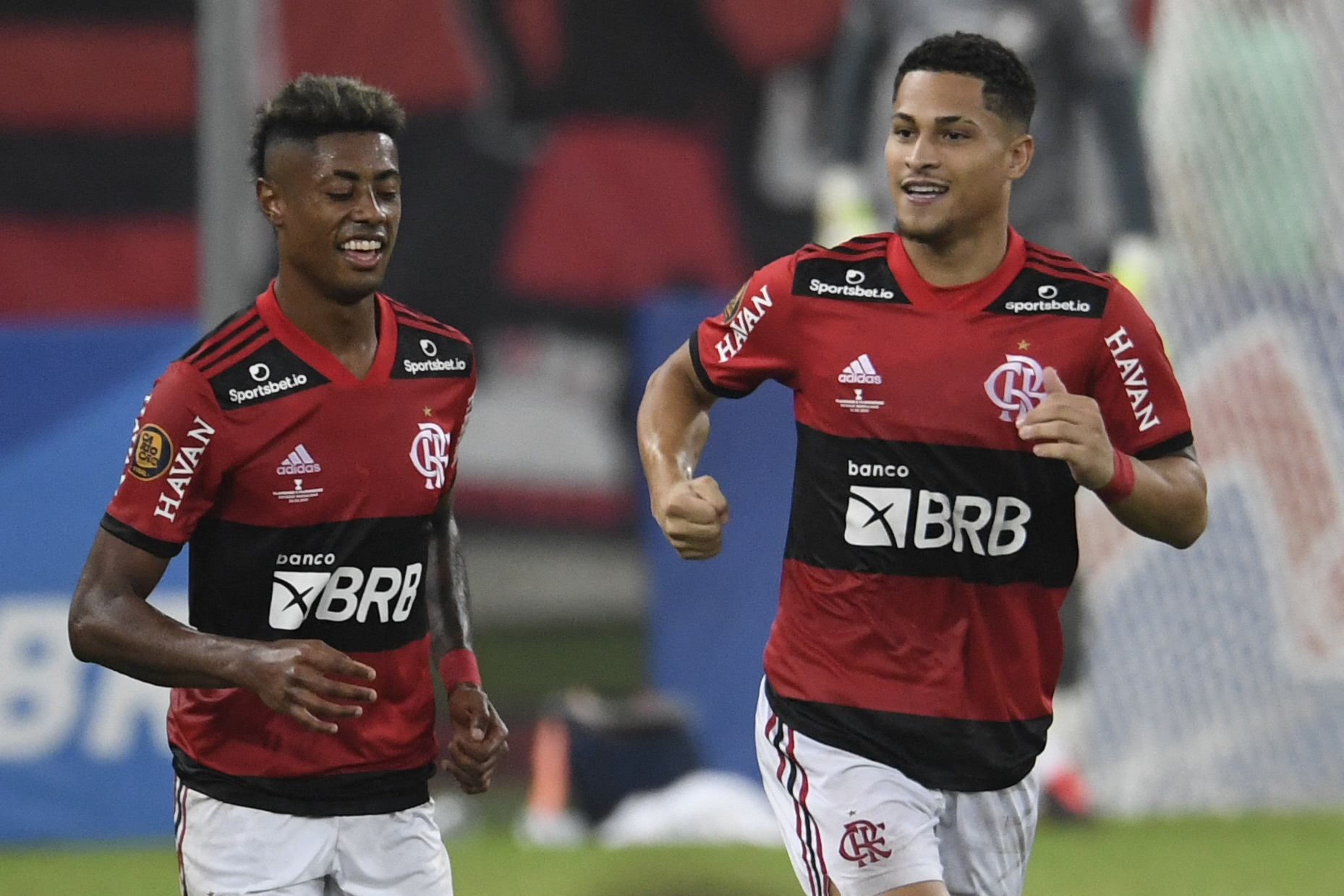 Flamengo fans in the background have their hands on their heads, but they would have had them over their eyes if Gomes was facing the other way.

His clanger came during the 1-0 win against Corinthians last week in the Brazilian top-flight.

The 20-year-old won't mind too much though as Bruno Henriques' 94th minute winner secured all three points and allowed him to forget his earlier mishap.

It leaves the Rio de Janeiro outfit just about still in the Serie A title race.

They're currently in second, eight points off leaders Atletico Mineiro, but with only four games left to play.

But it's the Copa Libertadores – South America's version of the Champions League – that Gomes and Co will be focusing on.

They take on fellow Brazilian side Palmeiras in the final of this year's competition in Uruguay on Saturday.

The club will be counting on ex-Manchester United midfielder Andreas Pereira and former Chelsea and Arsenal centre-back David Luiz to help get them over the line.

And scooping South America's most coveted title would go some way to helping Gomes put his unfortunate mishap behind him.

There were wild scenes in Rio de Janeiro earlier this week as Flamengo's adoring fans gave the team bus an incredible send-off.

Most chanted and waved flares as the bus headed for the airport, but two supporters took things to a whole new level by climbing onto the ROOF.

They then managed to wrestle open the emergence exit hatch on the bus and scream messages of support into the stunned players.

Flamengo are bidding for a second Copa Libertadores success in three years this weekend after winning the 2019 final against Argentinian giants River Plate.