Home » Sport » 'He was a mixed-up mess, but what a lovely guy’ – Gary Lineker opens up on complicated relationship with Diego Maradona

'He was a mixed-up mess, but what a lovely guy’ – Gary Lineker opens up on complicated relationship with Diego Maradona

GARY LINEKER has described Diego Maradona as a 'mixed-up mess' but said the former Argentina superstar was a 'lovely guy'.

The legendary footballer died from heart failure at the age of 60 last year which sparked an outpouring of tributes across the world. 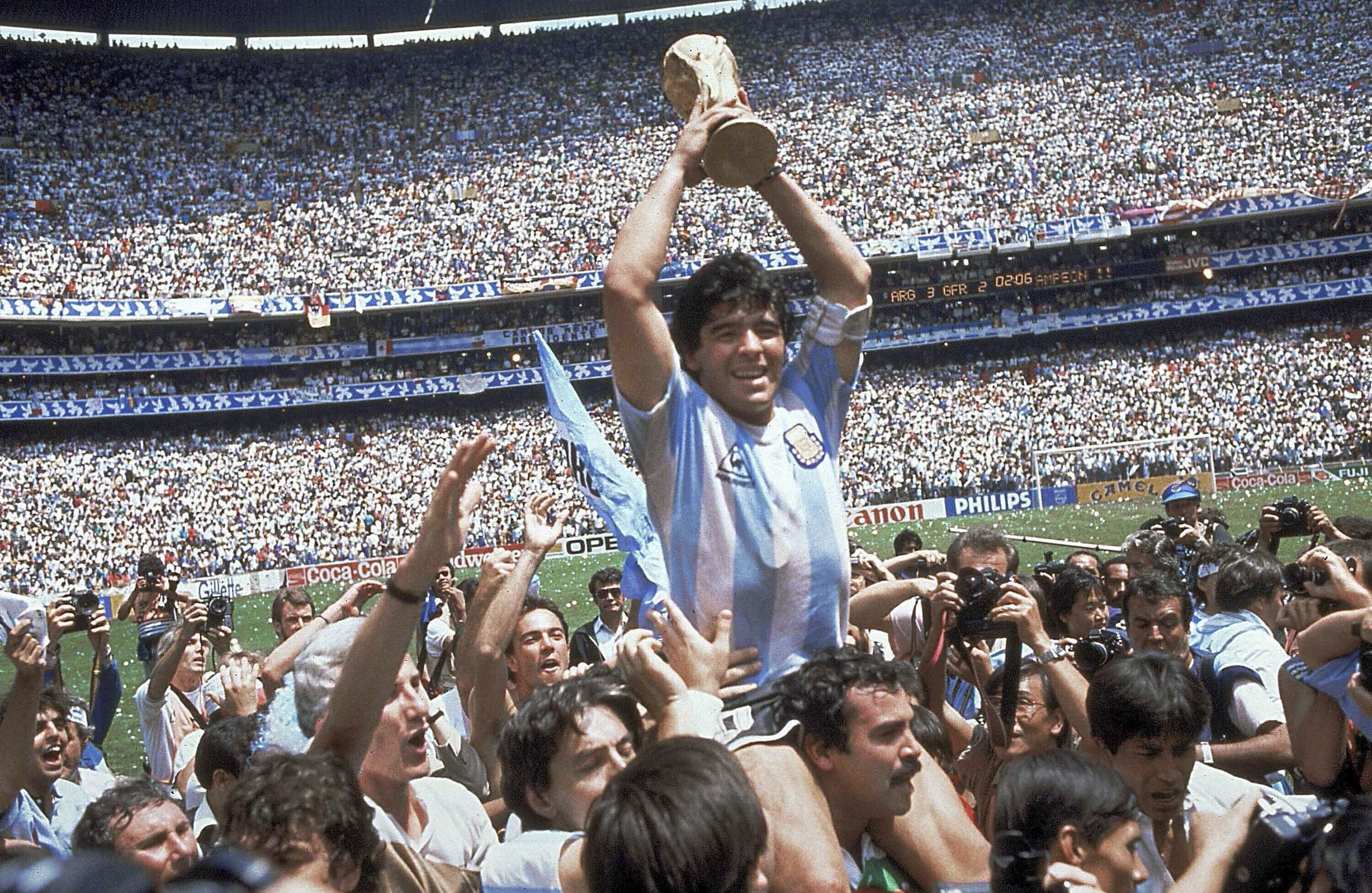 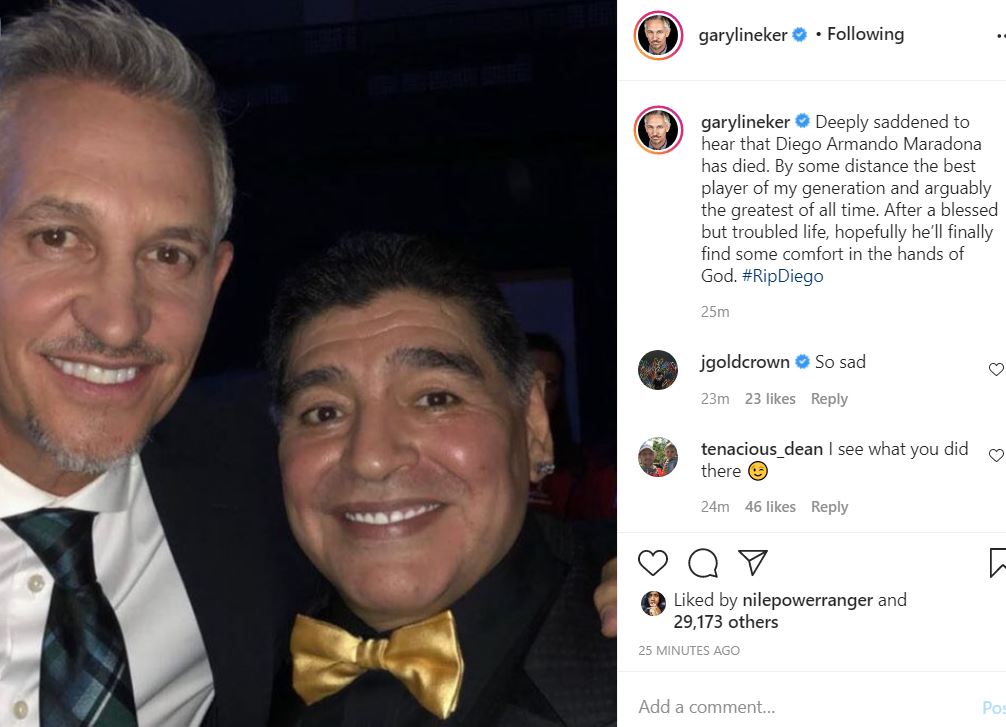 Lineker told The Guardian: "Diego was a mixed-up mess, but what a lovely guy. I spent time with him and it’s madness.

"Everywhere is bedlam and you think: how can you stay sane? I thought: thank God I wasn’t that good, which sounds weird and maybe I would have handled it, but I don’t know.

"Diego got into drugs, that mafia world, but he was great company: funny, smart – you can’t be a great footballer without being smart."

Lineker, who is in Spain to present coverage of Barcelona's clash against Real Madrid on Sunday, retold his story of hosting the World Cup draw alongside Maradona.

Lineker said: "It was a complicated draw, a lot of information, and we got through, no mistakes. At the end I said something like: ‘You’ve always been good with your hands’ and he’s joking about punching the ball.

"He gave me a big hug and said: ‘You were a good footballer but if you were as good at football as you are at this, you might, might, have been as good as me.’

"Isn’t that beautiful? That made my day. You might have been as good as me: a little put down, but gentle, warm. And I get it: I wasn’t that good. I was just a goalscorer.”

Maradona led Argentina to their World Cup triumph in 1986 after scoring his infamous 'Hand of God' goal during the quarter-final win over England.

Lineker lined up against Maradona for their unforgettable match in Mexico which included the Argentina great scoring one of the best individual goals of all time.

Writing after Maradona's death in November, Lineker said: "By some distance the best player of my generation and arguably the greatest of all time.

"After a blessed but troubled life, hopefully he'll finally find some comfort in the hands of God."