IRAN goalkeeper Ali Beiranvand has been rushed to hospital after suffering a concussion against England.

Beiranvand was substituted early on after a brutal collision with a team-mate Majid Hosseini in the first half of the World Cup opener against England. 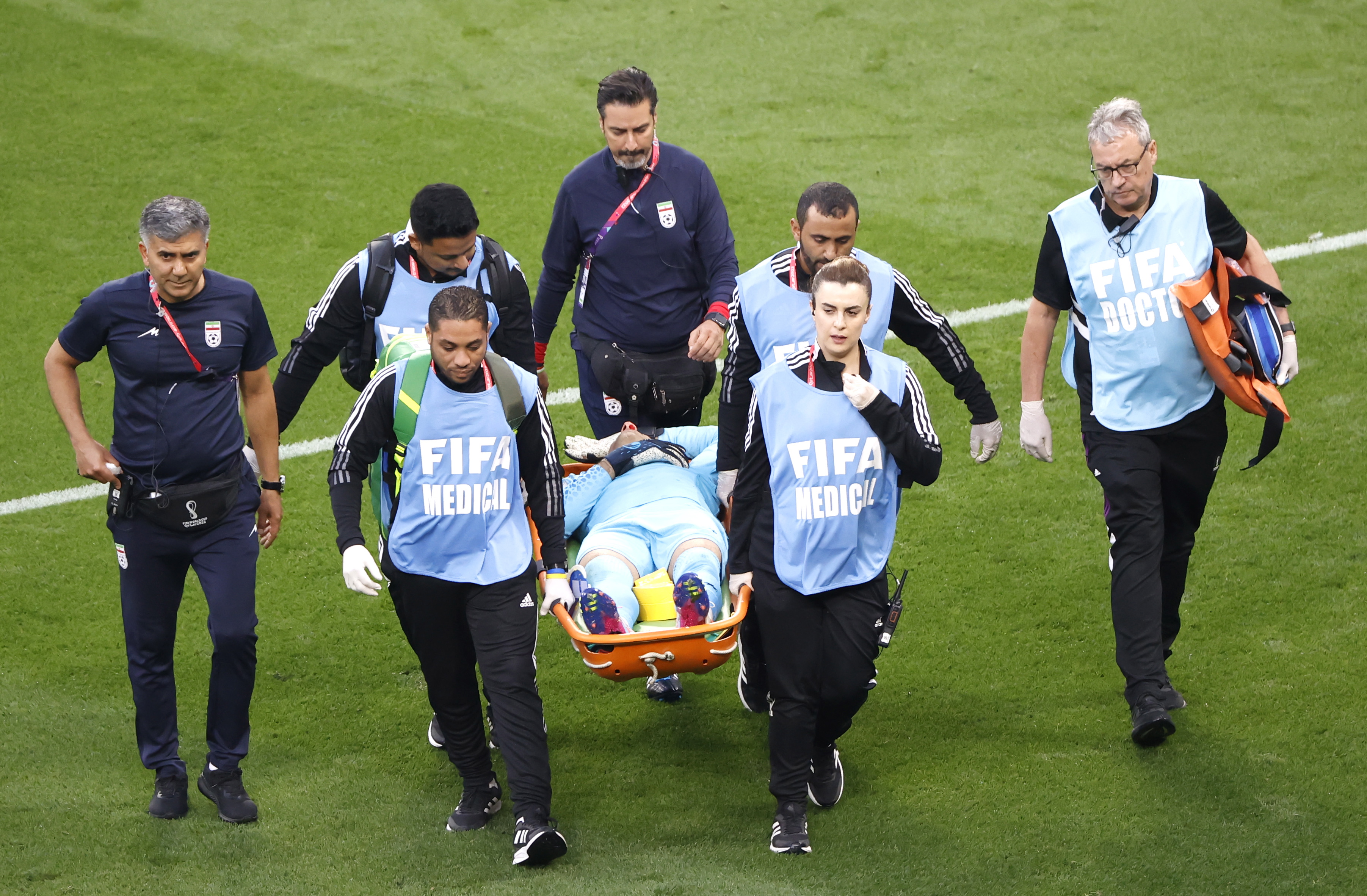 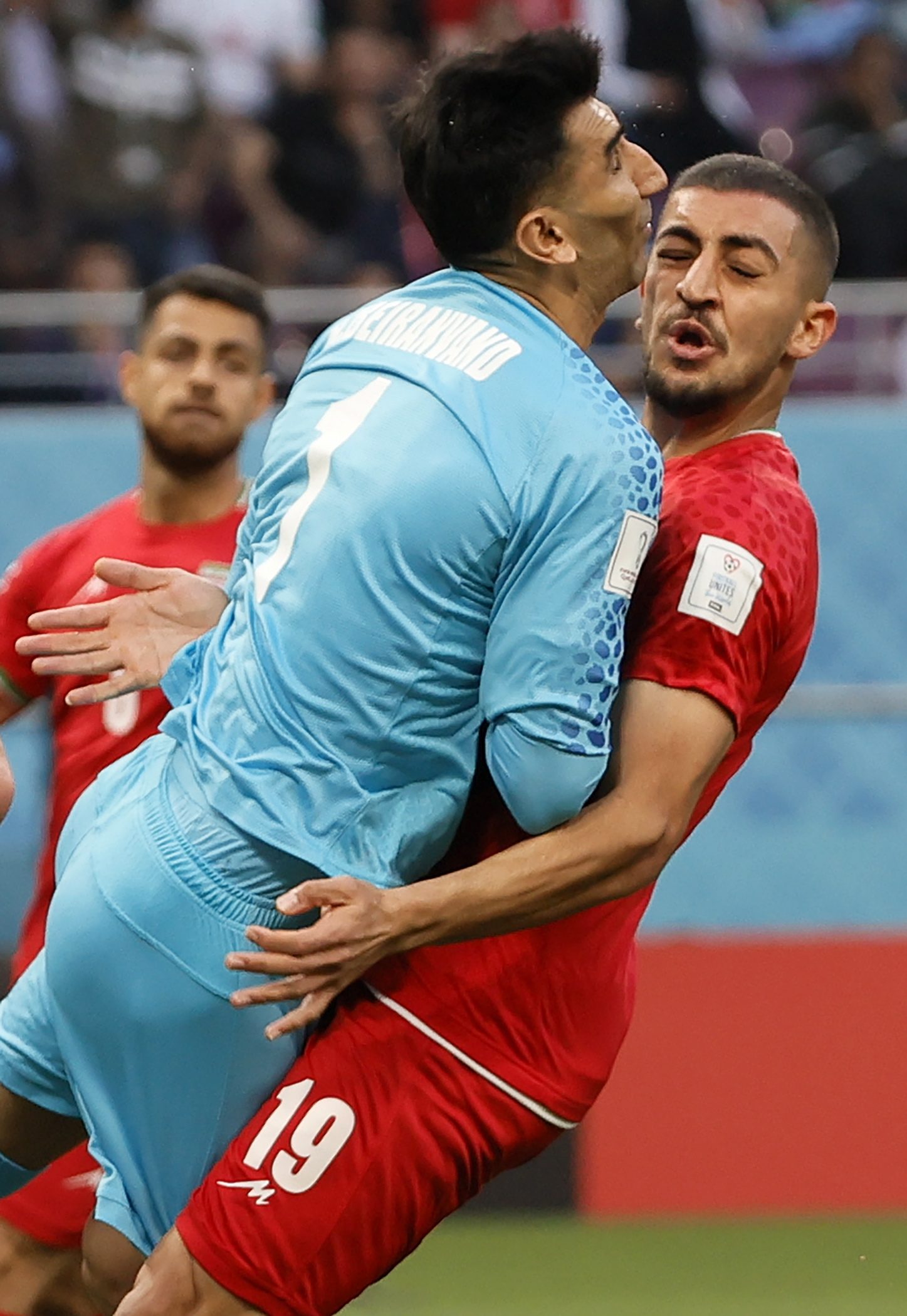 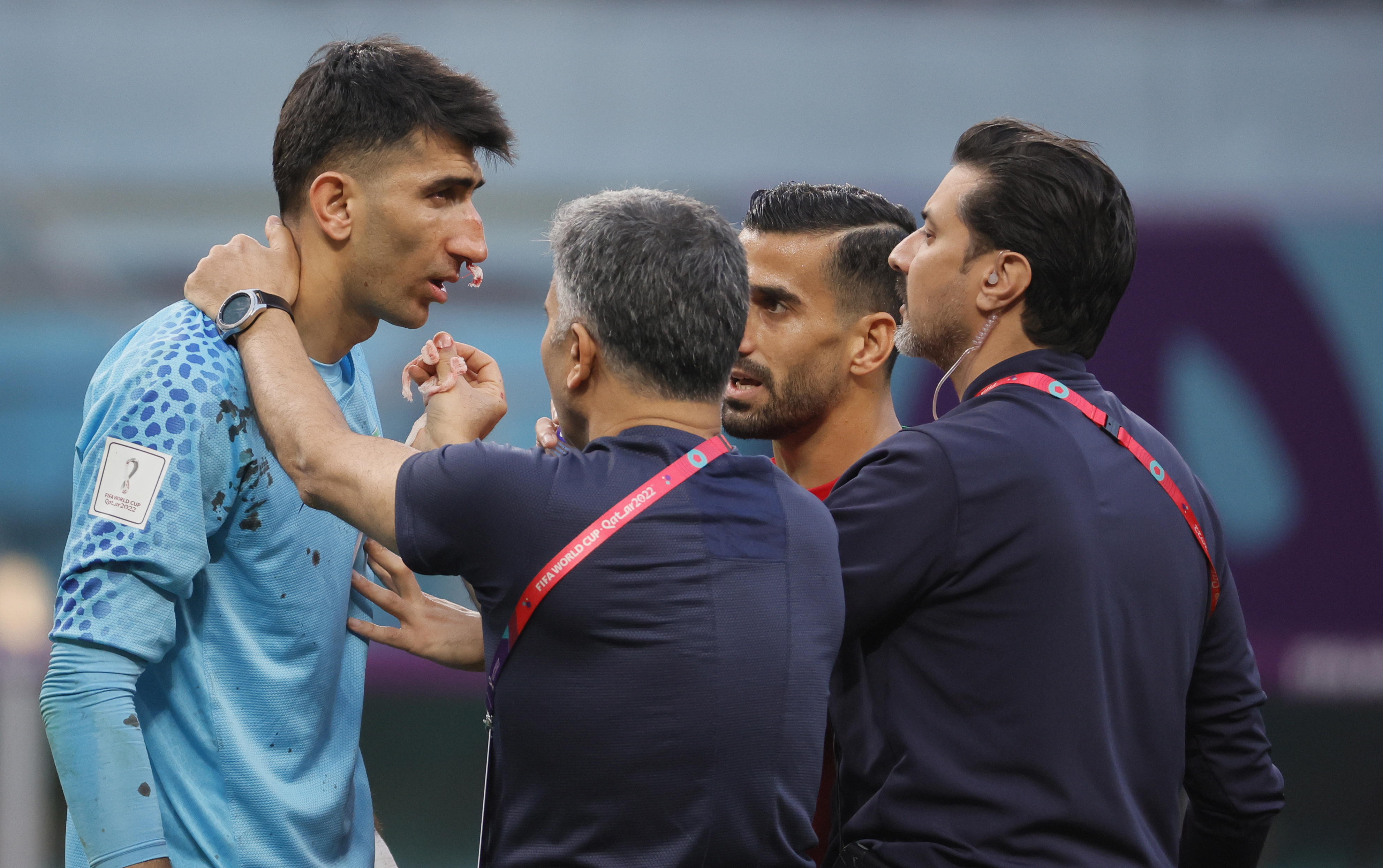 He suffered a bloody nose as he tried to claim a cross and subsequently received treatment from physios – before remarkably being allowed to play on.

However, moments later he fell to the turf and was unable to continue.

Beiranvand was then stretchered off the field of play and has now been revealed to have suffered a "serious concussion."

Iran manager Carlos Queiroz revealed the 30-year-old had sustained a broken nose from the incident. 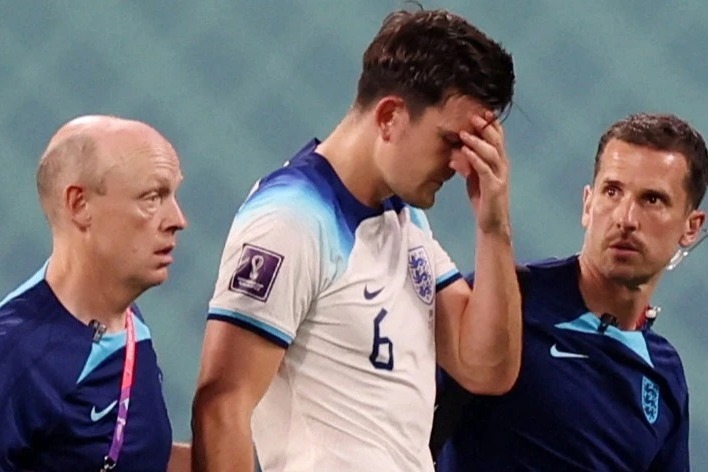 He said: "According to my medical information and also the referee’s, they were not able to stop the player bleeding. It was something related to (his) broken nose.

"When we were ready to make the substitution, he was able to stop bleeding, so we thought that he could keep going.

"But we had some signs that the possibility of concussion, it happens with the player, it was not clear.

"Unfortunately one minute later, the player was not able to keep going, and he suffered a serious concussion and at this moment he’s on his way to the hospital for more examinations.

"That’s why the delay happened. It was the doubt between the broken nose and the concussion."

England went on to win the game 6-2 with a brace of goals from Bukayo Saka.

He said: "It was irrelevant that he came off a minute later, he shouldn’t have stayed on for a second, let alone a minute.

Secret symbol spotted on Toblerone bar by boy, 10 – here’s what it means

"He was clearly distressed and unfit to continue, this seems to be another case of the decision being made by the player and not medical staff.

"This was the first test of the Fifa World Cup concussion protocol and it was an abject failure."