ENGLAND’S World Cup campaign got off to a flying start as they smashed six goals past Iran.

But a controversial late penalty saw the final score end 6-2 to the Three Lions. 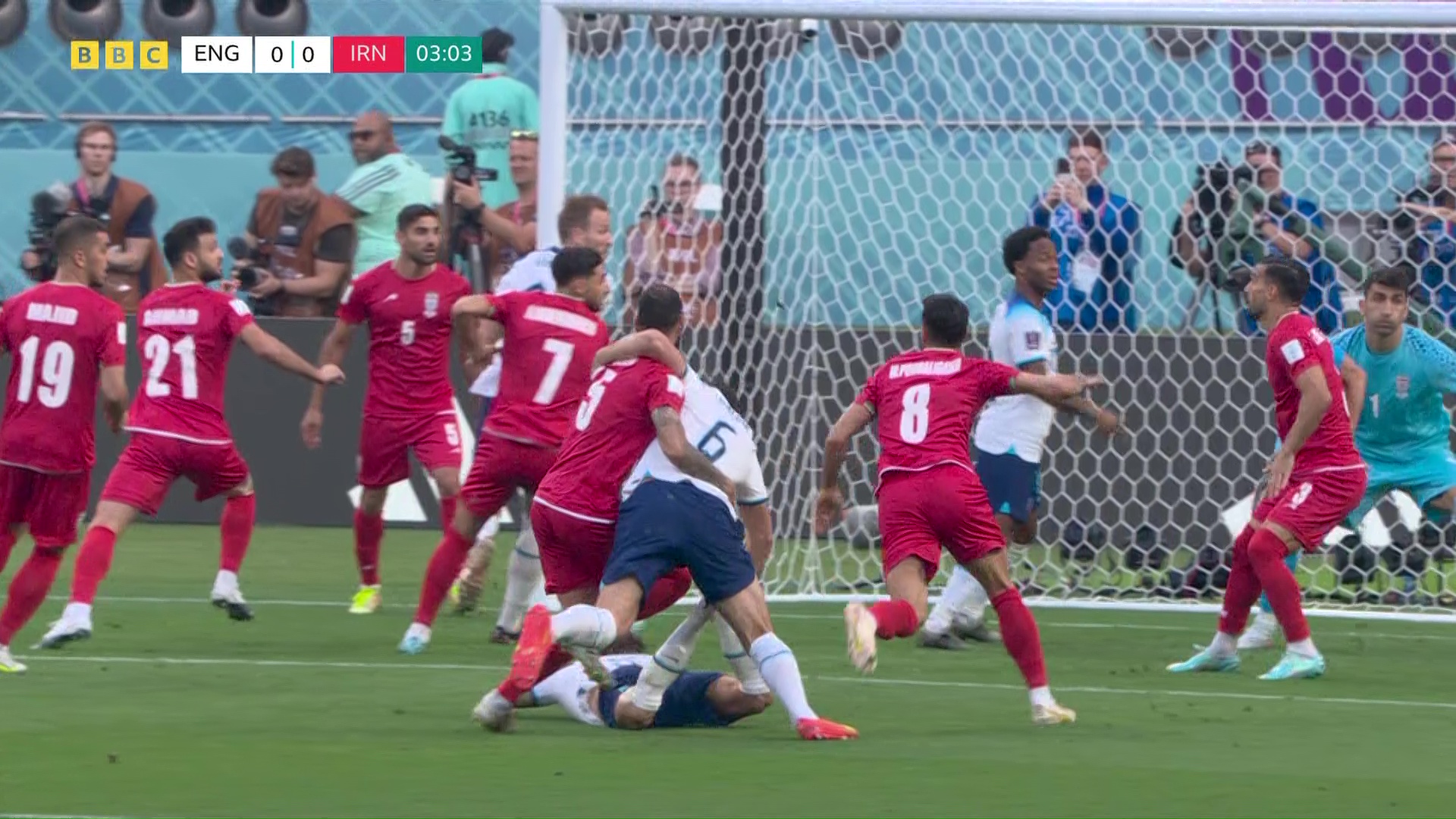 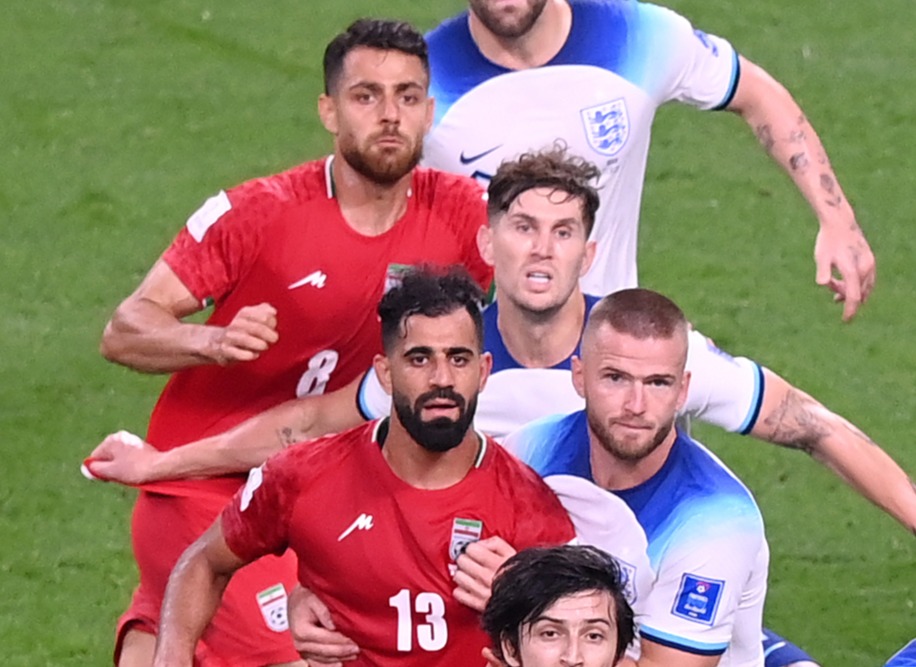 John Stones was penalised by VAR in the dying moments, allowing Iran to pull back a consolation goal to soften the scoreline.

However, video replays suggested there wasn’t much contact at all between Stones and his opponent.

And England fans were left fuming as Harry Maguire failed to win a “stonewall” penalty after a foul by Iran earlier on.

But ESPN claims there is a reason Stones’ tug resulted in a spot-kick, while the foul on Maguire was overlooked.

It’s reckoned that VAR were mainly concerned about whether the attacking player in each incident was able to challenge for the ball.

In Stones’ case, his tug on Morteza Pouraliganji prevented the Iranian from being able to attack the ball sufficiently.

Despite only being a minor infringement on replays, the ball was said to be in close proximity to Iran’s attacker.

And referee Raphael Claus eventually agreed with VAR that Stones had stopped Pouraliganji from attacking freely.

In Maguire’s case, despite the foul appearing more obvious, this was deemed the opposite case.

Despite being wrestled to the floor by Roozbeh Cheshmi, it’s said the ball was NOT in close proximity to Maguire.

That means he was not in a position to properly compete for it as an attacker.

And VAR also took into account the fact that Maguire’s arm was also wrapped around Cheshmi as he went down.

But try telling that to England fans, who were left fuming over the two decisions.

A second tweeted: "A clear pen all day long."

Secret symbol spotted on Toblerone bar by boy, 10 – here’s what it means

Another added: "Maguire is literally being rugby tackled."

While a fourth fumed: "England already robbed of a penalty 3 minutes in."