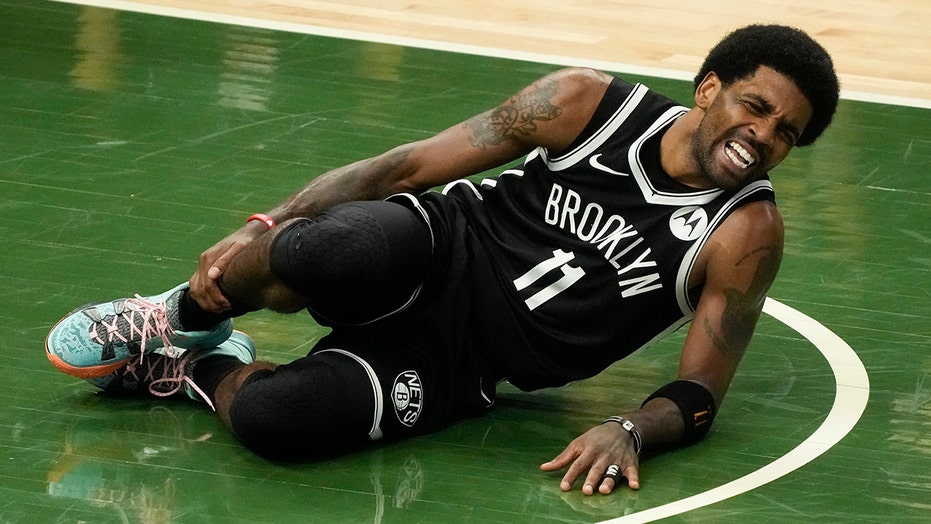 Kyrie Irving left the Brooklyn Nets matchup against the Milwaukee Bucks on Sunday after stepping on Giannis Antetokounmpo’s foot and suffering a brutal ankle injury.

The incident occurred in the second quarter of Game 4 of their second-round playoff matchup. Irving did not return to the game. Brooklyn announced Irving suffered a sprained ankle. He had 11 points, five rebounds and two assists before heading back to the locker room for good.

Nets coach Steve Nash said X-rays taken on the point guard’s ankle were negative and the seven-time All-Star’s status for Game 5 was uncertain.

“We’ll have to see how it goes,” Nash said. “We’ll cross our fingers.”

At that point, Brooklyn was only down four points to Milwaukee. But the Bucks’ lead would only escalate from there.

The Nets relied heavily on Kevin Durant throughout the rest of the game. Durant was 9-for-25 from the field and 1-for-8 from three-point range. He led the Nets with 28 points. He was one of two Brooklyn players in double figures in scoring. Irving was the other.

Brooklyn would lose the game 107-96 and the series is tied at two games apiece.

Antetokounmpo led all scorers with 34 points. He added 12 rebounds as well. His teammates Khris Middleton had 19 points, Jrue Holiday had 14 points and P.J. Tucker had 13 points.