The Three Lions boss became an unlikely trend-setter at the 2018 World Cup, sending sales of his iconic Marks and Spencer's waistcoat up by 35 per cent. 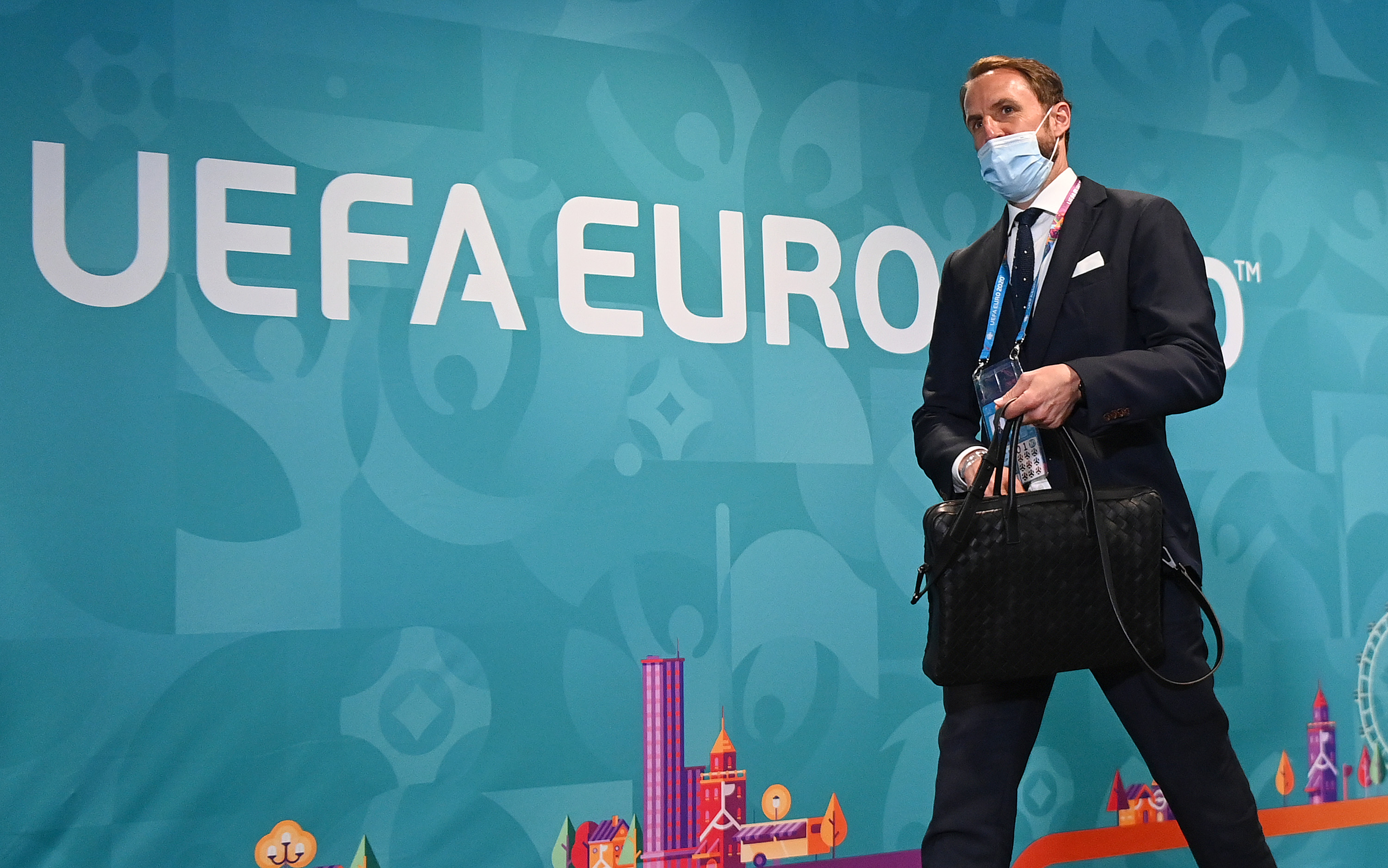 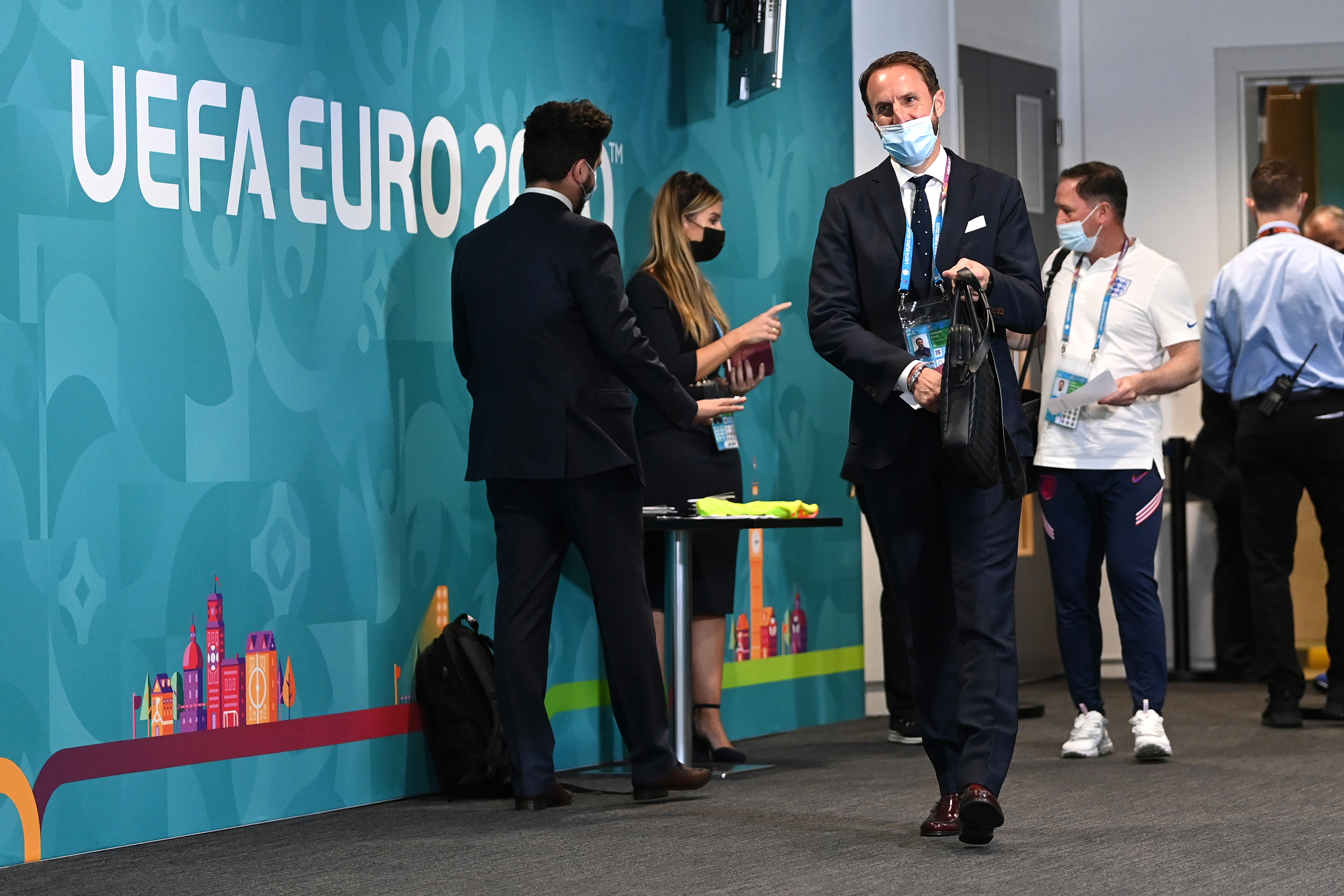 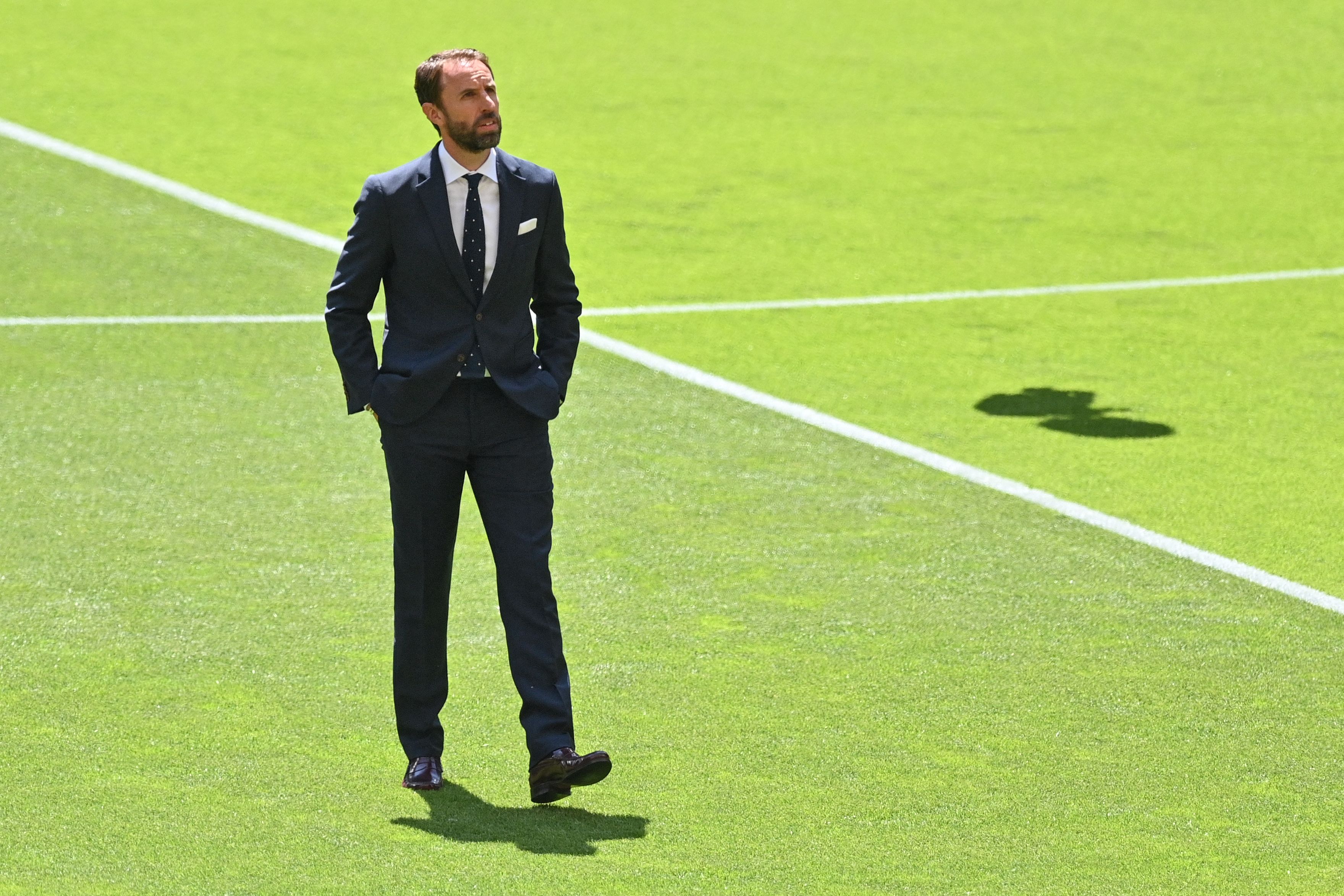 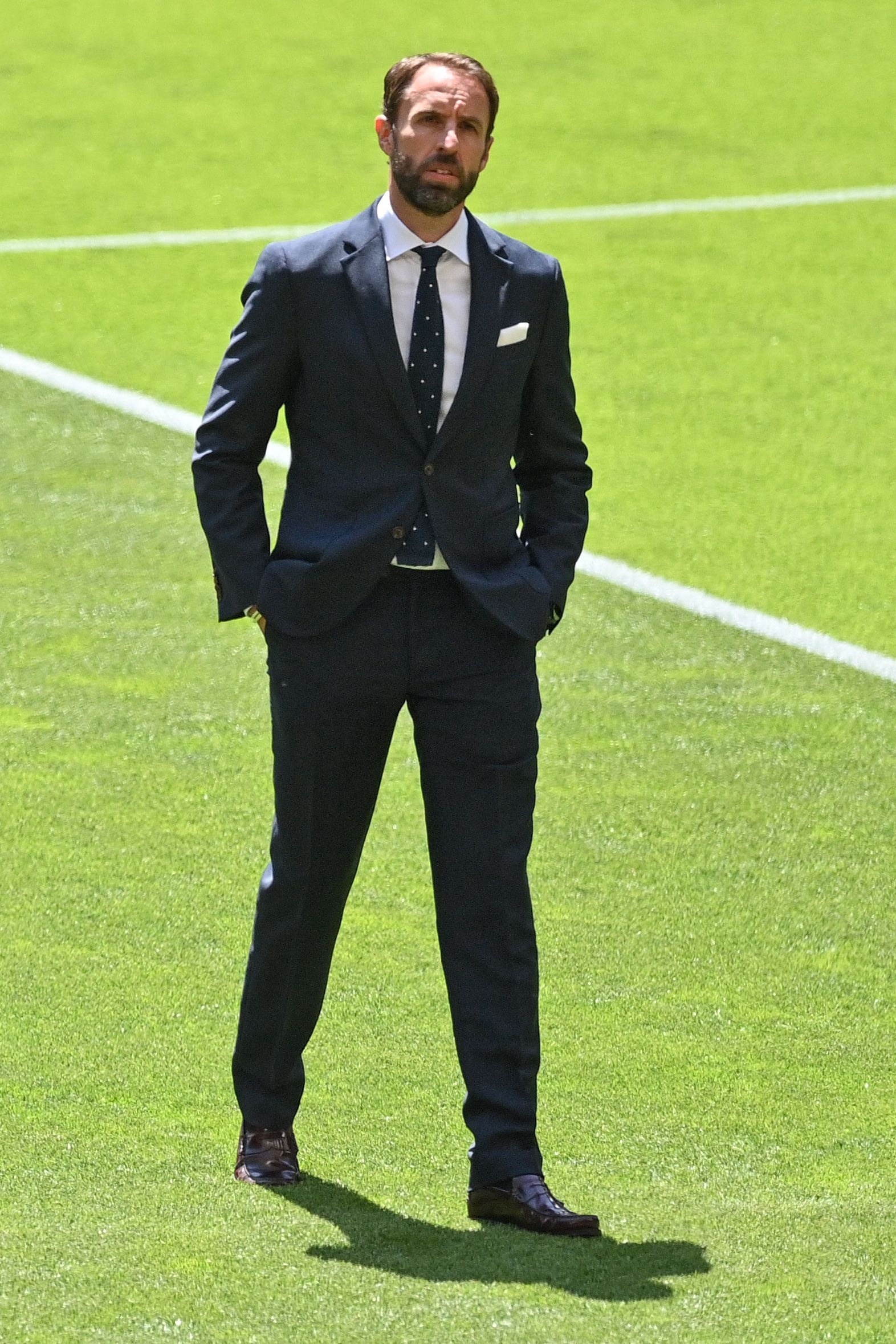 But he has ditched the more casual look ahead of the delayed European Championship.

The 50-year-old was suited and booted in a £399 navy jacket and matching £279 trousers, having worn a pyjama-style polo shirt in England's final friendly.

And while Southgate played it safe with the clean cut suit, he made some big calls in his selection choices.

Kieran Trippier was preferred to Luke Shaw and Ben Chilwell at left-back with Jack Grealish benched. 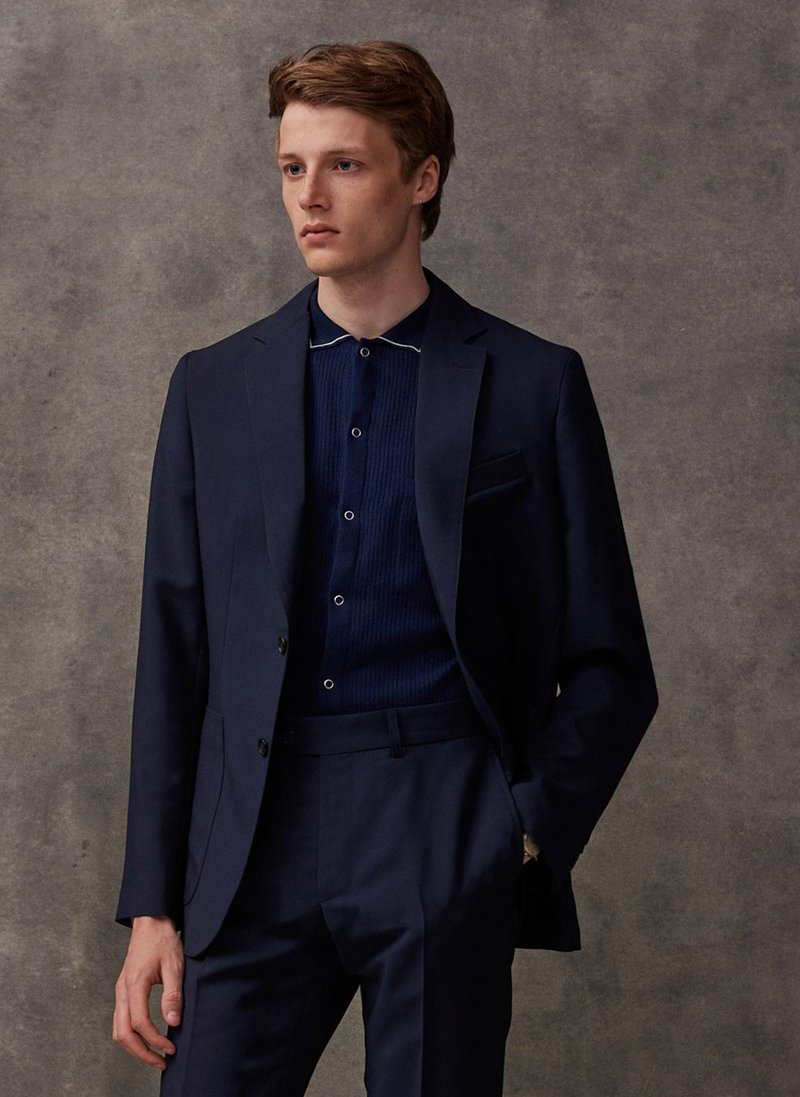 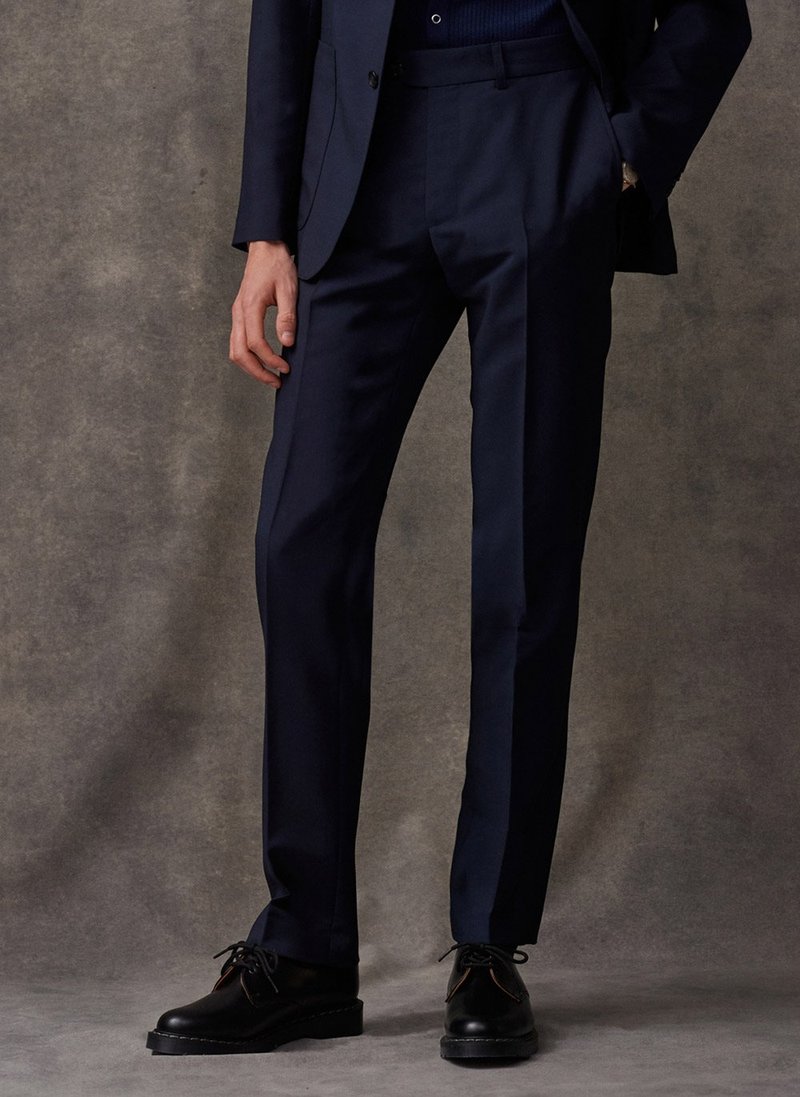 The squad arrived in casual England tracksuits and were pictured checking out the Wembley pitch.

Ahead of the tournament, snaps of the team's final photoshoot at St. George's Park were released this weekend.

The players looked sharp in their navy suits, which were accompanied by white shirts and brown shoes.

Most of the players had no issue assembling their outfits, although that wasn't the case for Aston Villa skipper Jack Grealish.

Grealish had to enlist the help of Liverpool captain Jordan Henderson to fix his tie.

Manchester City winger Phil Foden also appeared to have trouble putting on his tie, although he eventually managed to get it on. 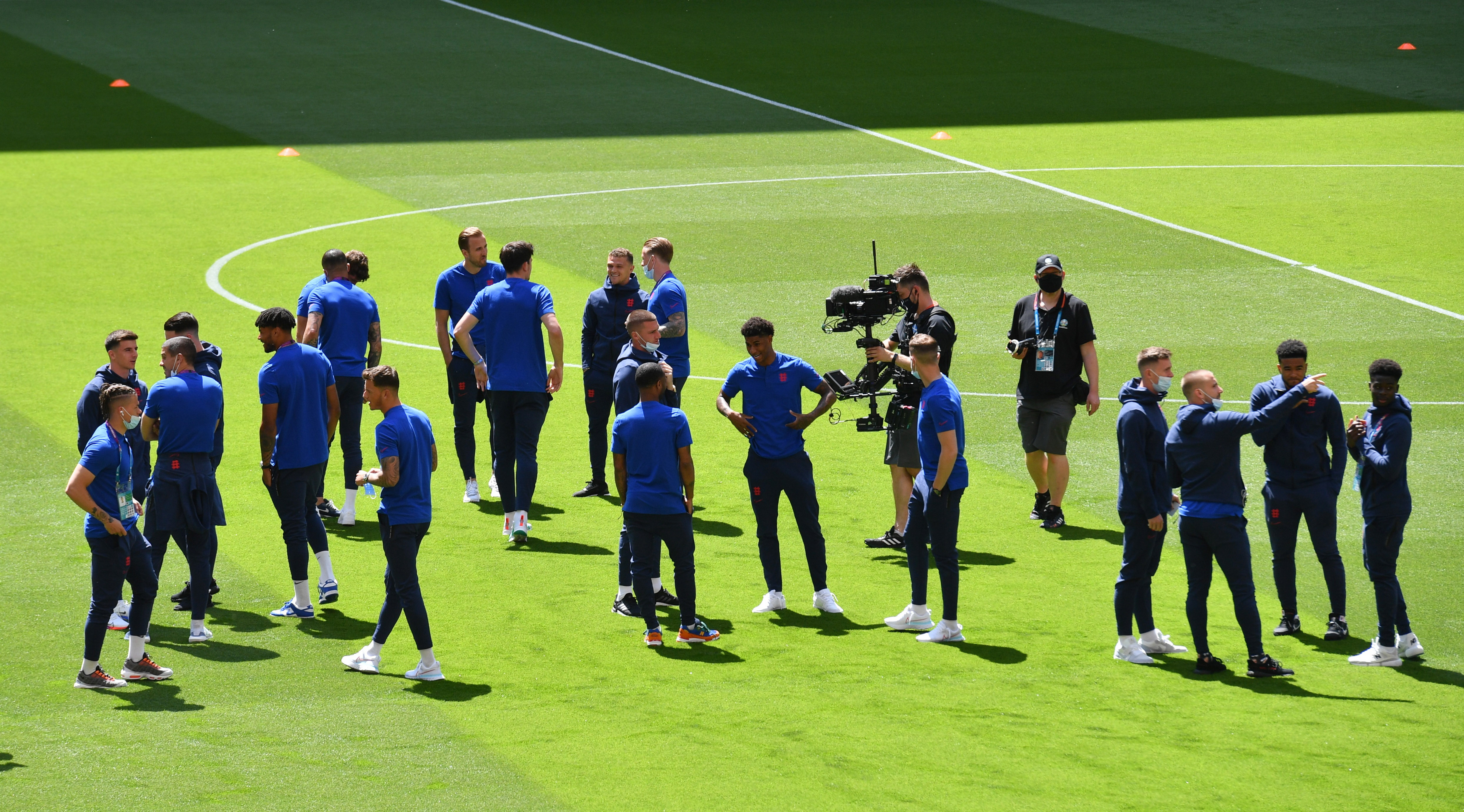 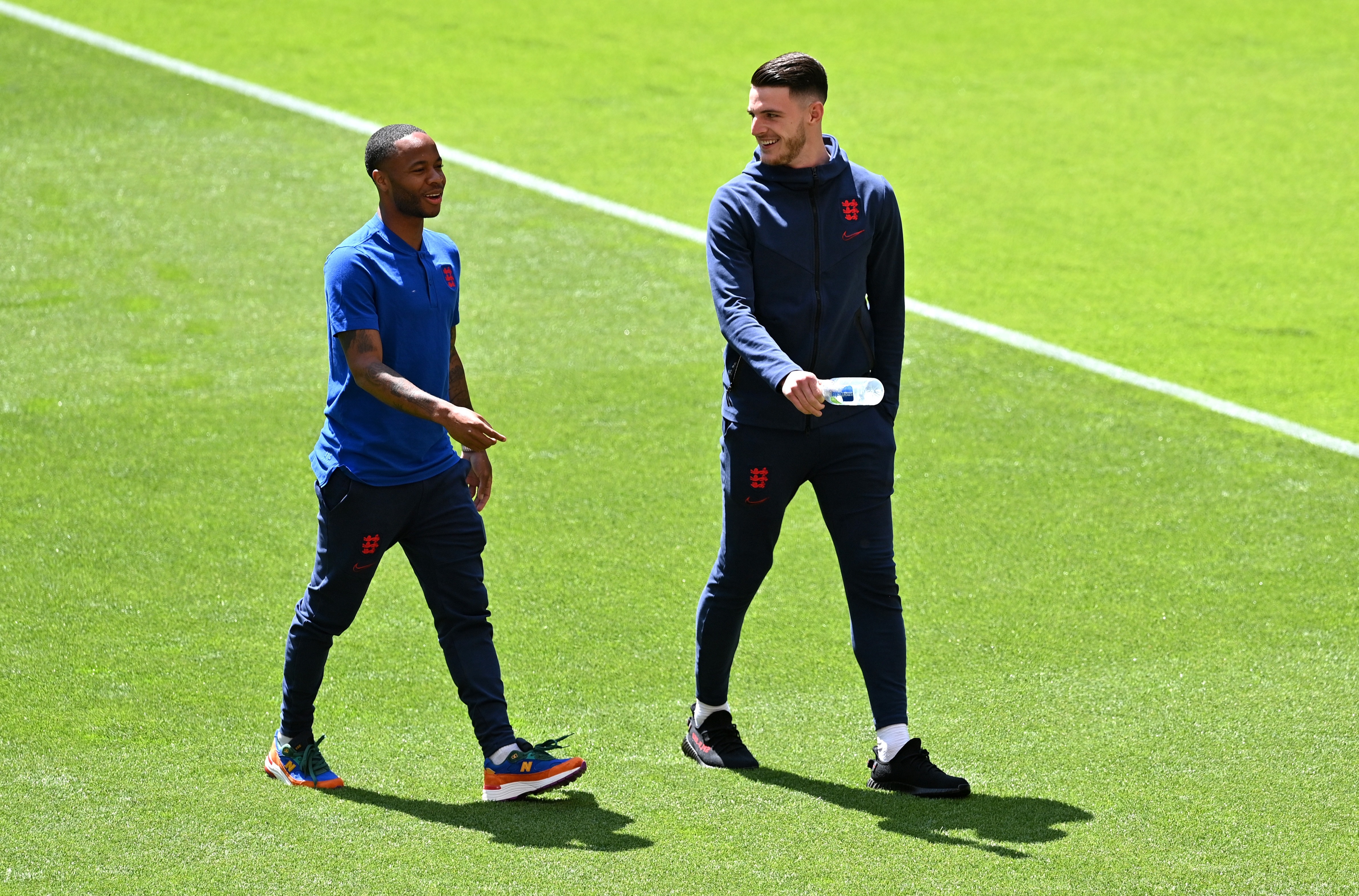 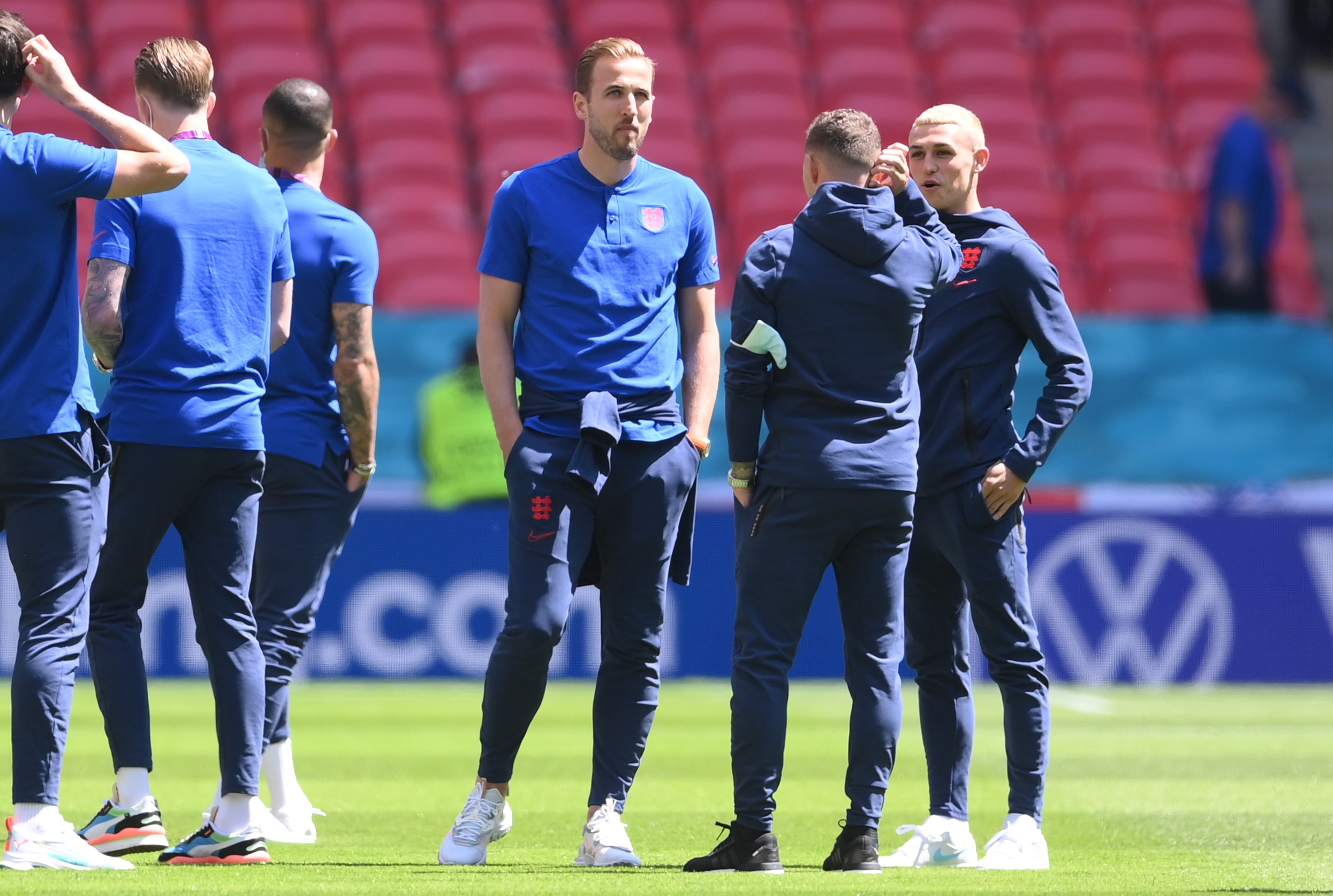