LIAM WILLIAMS may have lost his terrifying image but is still inspired to land a world title and name his son after a boxing icon.

The Welsh middleweight went to America last week to take on WBO champion Demetrius Andrade and put on a fearless performance before being denied on points. 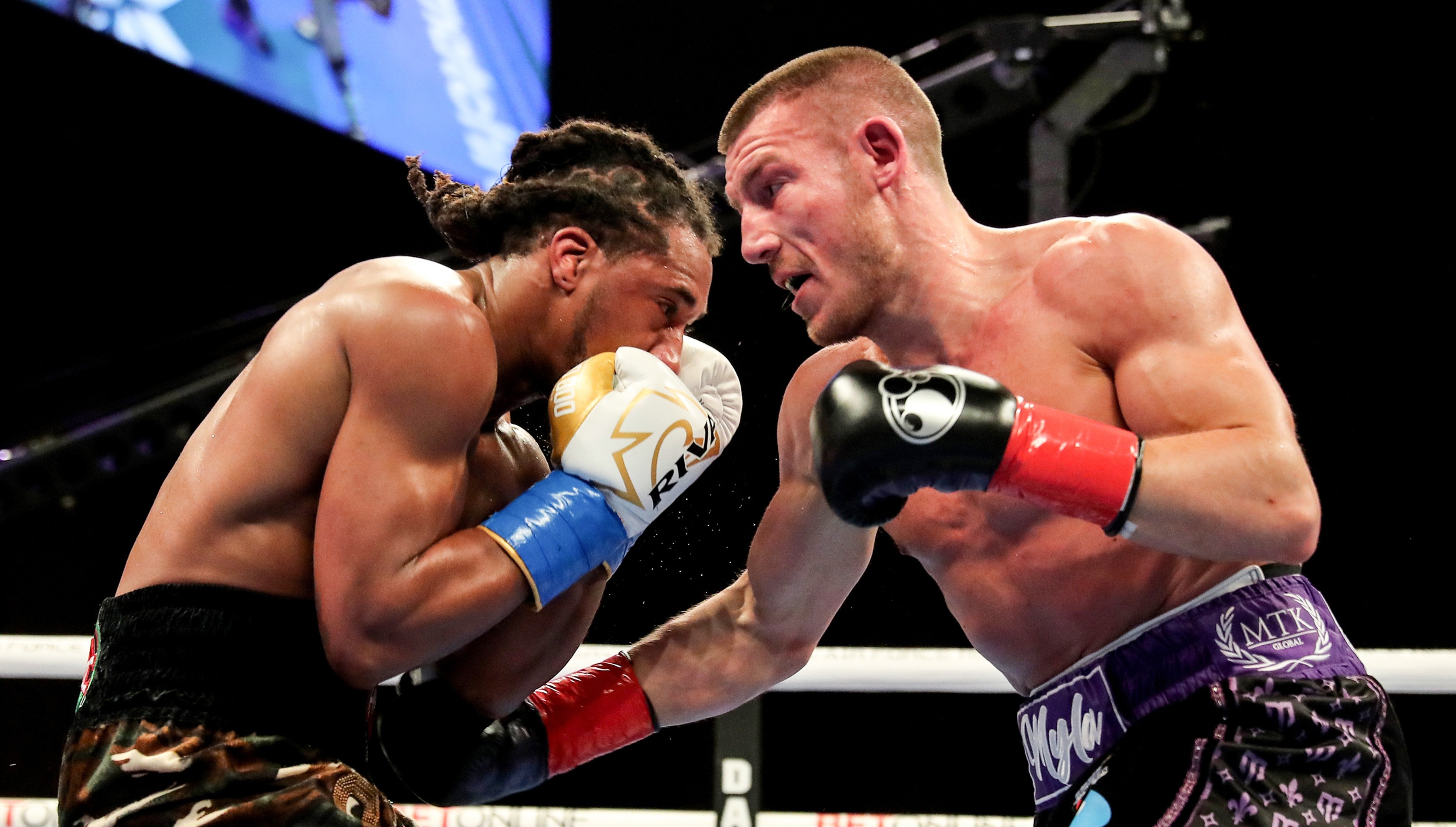 In the build-up the Clydach warhorse had terrorised the American but at the final bell they embraced and Williams praised the deserved champion in a touching scene.

But the 28-year-old, with the bulldog named in honour of boxing icon Miguel Cotto,  is only taking another week off to help his pregnant partner prepare for their May arrival before getting right back in the world title mix.

The two-weight British champ told SunSport: “My missus is due in four weeks so I will have another week off now before I start training again, to make up for the time I have been away.

“But then I will be front and centre in the delivery room for the birth.

“We have decided on a name but I don’t want anyone to know – it might be boxing related – but I will be giving nothing away yet.

“Then I will get back into training again, Andrade told me I had earned his respect, he said I was his hardest fight and he told me he thinks I will become a world champion. So I don’t feel I need to drop down too far to rebuild.” 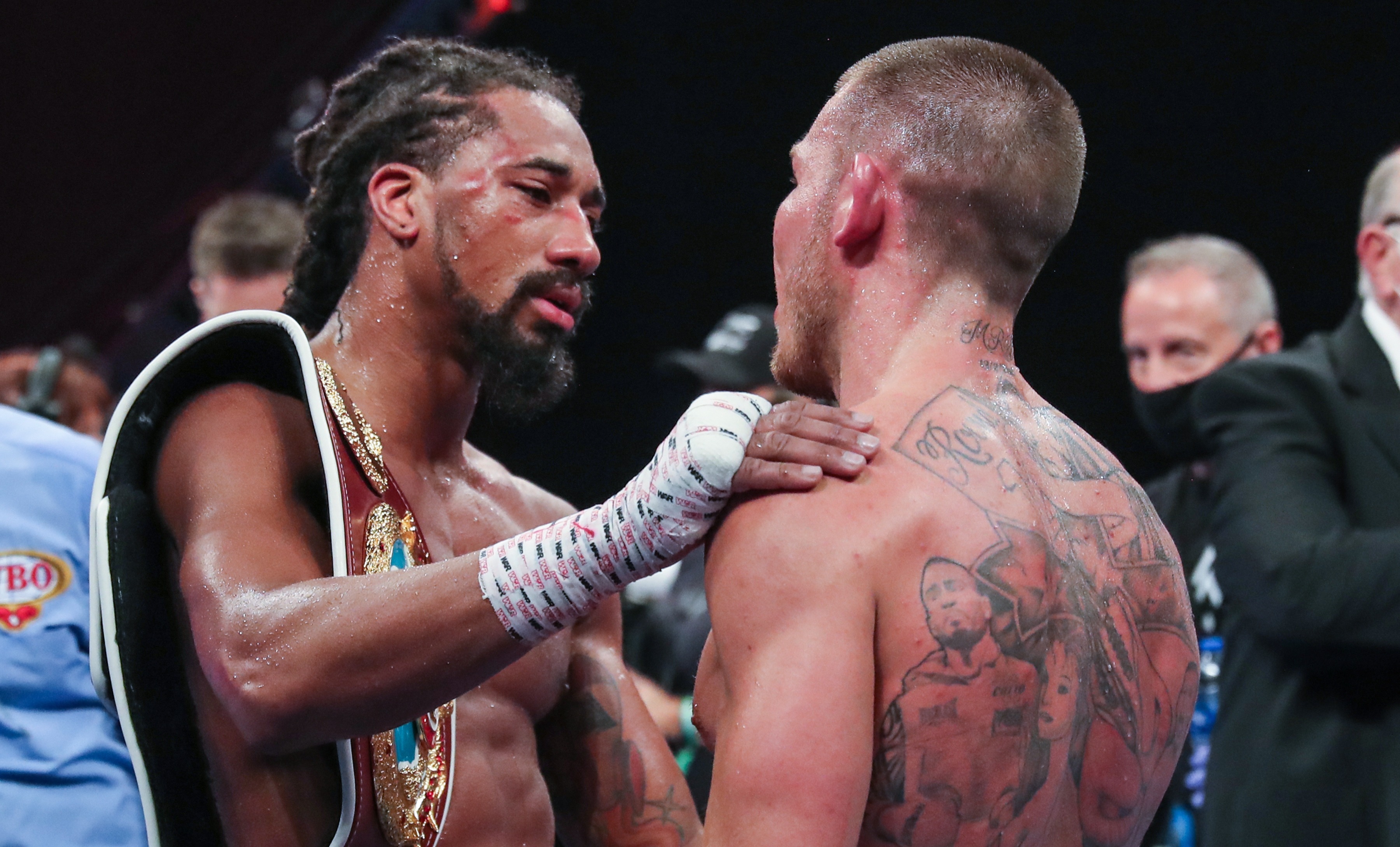 Williams’ welcome-home party was a beautiful scene too as people lined the street – some in their hi-vis work clothes and pyjamas – and the cuddle and kiss from daughter Myla made the hardman cry.

And the no-nonsense banger has been caught off guard by the pre and post-fight support he earned from friends, family and total strangers.

“My missus and sister arranged the party so it was a proper personal one, everyone who was there I have known for so long and it meant a lot,” he said.

“To be honest I wasn’t really in the mood for a party because I didn’t come back with the belt and I felt a bit s*** to be honest. So I didn’t let it last too long but it was a great thing to come home to.

“I haven’t been on social media really to catch up on the support and kind comments, I have just tried to spend time with my missus and daughter, but people have told me there was great support for me.

“I am not one for the fame or publicity so it has been a bit unexpected and that probably makes it even nicer.”

Williams has fancied a domestic slugfest with 31-year-old Chris Eubank Jr for yonks but has been dismissed by the second-generation fighter, who makes his UK comeback on May 1 after two years away.

But the Dominic Ingle-trained ace hopes his impressive US mission helps to lure Eubank Jr in, instead of scaring him off.

He said: “Chris Eubank moving back to the UK to fight could help us set up that but I have been chasing that one for a while and he doesn’t want to know.

“Now I have gone over there and taken an undefeated world champion the distance he can’t really ignore me but that performance might have scared him off.

“Andrade seemed to suggest he will move up in weight now so the WBO belt could become vacant and I feel I earned the right to fight for that again. So if someone like Jaime Mungia fancies that fight, I am up for it.”