Karriss Artingstall lost a split decision in the featherweight semi-final to Japan’s Sena Irie to end a long week of boxing in Tokyo on Saturday.

She was a punch and point away from the final, a moment away from a chance at glory; the 3-2 vote in Irie’s favour was not robbery, but it was mildly controversial.

Artingstall clearly won round two, yet the Cuban judge voted in favour of Irie – that single point separated Artingstall from her dream. It is that simple, that cruel.

The first round and last round were close, a contrasting contest between Artingstall’s aggression and Irie’s slicker work. It was a good watch, gripping, especially in the last round. Artingstall looked broken when Irie’s hand went up. She will smile when she gets the bronze, realising that it is a great achievement for a full-time soldier from Macclesfield.

She won three times in Tokyo, will leave with a bronze medal and that will remain hard currency for the rest of her life.

The British boxers are guaranteed another three medals, with Pat McCormack and Ben Whittaker in semi-finals on Sunday, and Lauren Price in her semi-final next Friday. Price and McCormack are the No1 seeds in Tokyo.

The boxing tournament, which is being held in a sacred and silent sumo palace, is already the second most successful for British boxers in the last 73 years; in Rio five years ago, the boxers won three medals, in London it was five. It is four here now at the halfway stage.

Caroline Dubois, Galal Yafai and Frazer Clarke are just one fight away from a medal; all three have difficult fights and all three can win.

On Saturday, Luke McCormack lost to the current world champion from Cuba, Andy Cruz, at the new Olympic weight of lightweight. Cruz is arguably the most brilliant Cuban here; McCormack, the twin of Pat, confirmed it was his last amateur fight. “It’s time to make some money,” he said. He will now turn professional. 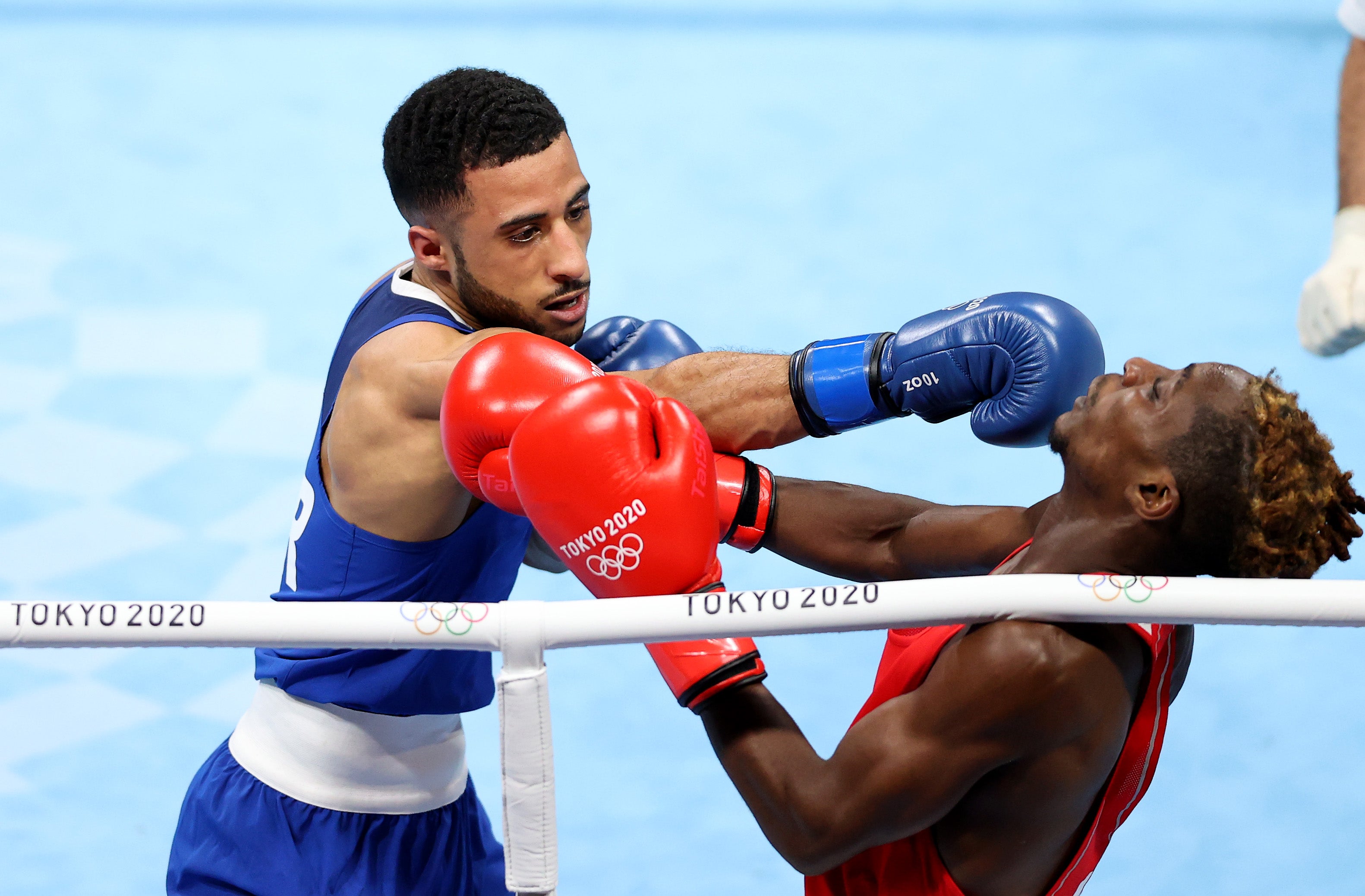 Galal Yafai (left) is one fight away from a medal

Cruz is moving closer to a very old-school clash between Cuba and the USA in next Sunday’s final. It looks likely that Cruz will be fighting American Keyshawn Davis, who stopped the No1 seed in an earlier fight. They have bouts to win first, but it looks inevitable.

Cruz has twice narrowly defeated Davis, including in the final of the world championship in 2019, and their superb final would be reminiscent of the Olympic blockbusters between the two nations in the Seventies. And Davis, who turned professional earlier this year, had won three times before getting a wildcard entry for Tokyo. Next Sunday it could be brilliant.

The day had started with Price, the No1 seed, winning her second fight of the event. Price was too slick for Panama’s Atheyna Bylon and all five judges went for her. On Friday, she meets her nemesis, Nouchka Fontijn, in the middleweight semi-final. It will be hard, it always is when Fontijn is in the ring.

Next up on day eight was flyweight Yafai, a veteran from Rio, and he was in a scrappy maul with Zambia’s Patrick Chinyemba. It was often ugly, but not close and Yafai won by 3-2. It was wider than that.

Galal now fights another exceptional Cuban, Yosbany Veitia, on Tuesday; Yafai beat Veitia at the world championship in Russia in 2019. It would still be an amazing win.

Cubans, heartbreak, guile, skills, tricky judges and there is still so much more to come from the ring in Tokyo. It’s the Olympic boxing event and this one is very, very good – and there are eight days left.

Why Scores of Female Athletes Are Speaking Out on Abortion Rights