JOSE MOURINHO has shared extraordinary footage of the scenes that accompanied him and Roma into the Stadio Olimpico last night.

The legendary Portuguese coach created history by becoming the first boss to make it to five major European finals with four different clubs. 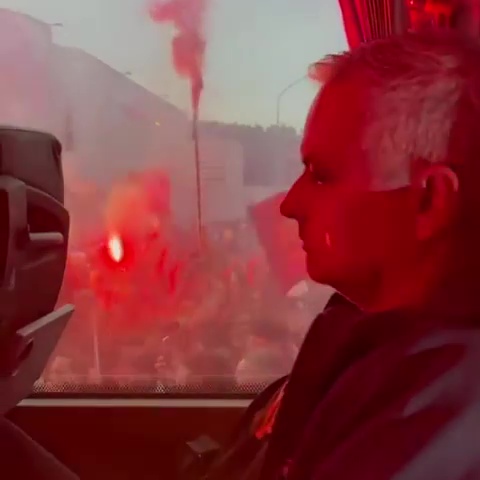 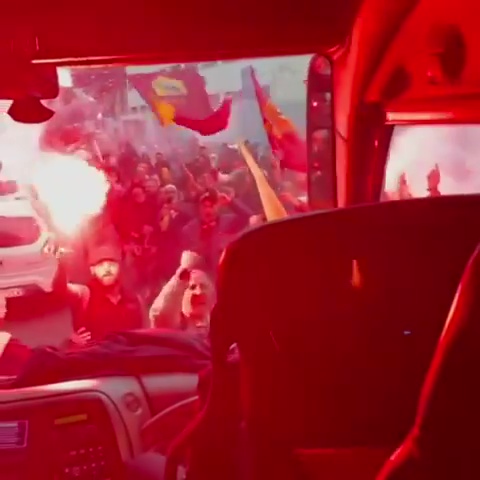 It was Tammy Abraham's header that sealed the win over Leicester and booked Roma's place in the Europa Conference League Final in Tirana against Rangers.

It was a hot atmosphere all night in the Italian capital – but now the Special One has shared some of the incredible scenes from outside the stadium.

Mourinho posted a clip on his Instagram of thousands of supporters lining the streets with banners and flares as the team coach made its way into the ground.

And they banged loudly on the sides of the bus in an attempt to spur up their heroes as Mourinho waved back at them. 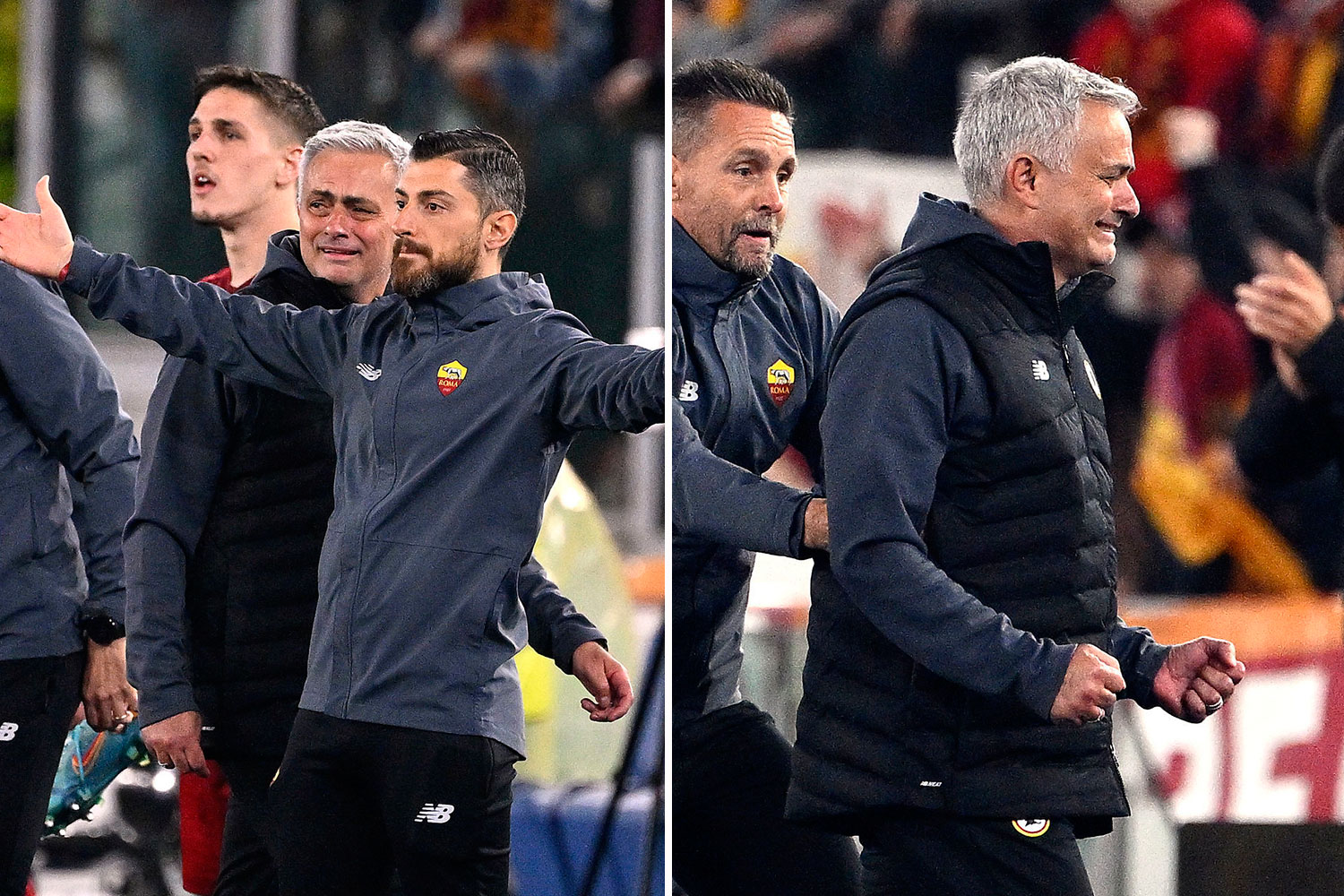 The 59-year-old now stands on the brink of history as he looks to become the first manager ever to lift all three of Uefa’s top club competitions.

And after the victory yesterday, the emotion of it all proved too much for him as tears streamed down his cheeks.

Mourinho confessed:  "I shed a tear at the end, yes, because I feel what they all feel.

"My emotion was for everyone who loves this club. The fans, the players, the owners.

"This team spirit, we started building it in our summer camp in Portugal on the first day, and it's built up since then, day after day – this game is icing on cake.

"This victory belongs to everyone – it's a family win. Everyone played their part.

"I've had the honour of playing in more prestigious finals but the feeling of joy with everyone involved made me feel special really.

"This is a giant club without a trophy room to match the social importance of the club.

"I'm so happy for every single one of them. I will remember forever the people on the street, the ladies on the balconies, the kids lining the street. This to me means so much to me.

"I made a little contribution to this and it makes me happy. My emotion was for everyone who loves this great club."