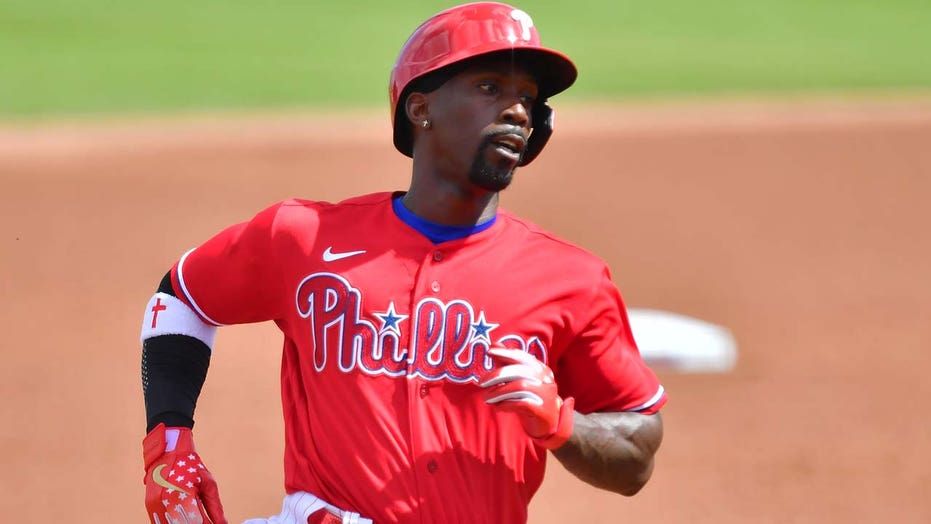 The Philadelphia Phillies haven’t been in the postseason since 2011 but star outfielder Andrew McCutchen believes the team has made the right moves to return there — if they can stay healthy.

McCutchen, 34, spoke to Fox News over the weekend to talk about the 2021 season and shared his expectations for the first full season since the pandemic forced MLB to shorten last year’s schedule to just 60 games.

“I like to take things day by day. We all have an end goal, right. The end goal for us, specifically for me, I would love to be standing there with a World Series trophy in my hand but in order to be able to get there, I have to take care of the business that’s right in front of me. I’ve always been told to be where your feet are and that’s what I’m trying to do every single day.”

McCutchen, who first signed with the Phillies in 2018, said that the key to success will be staying healthy. 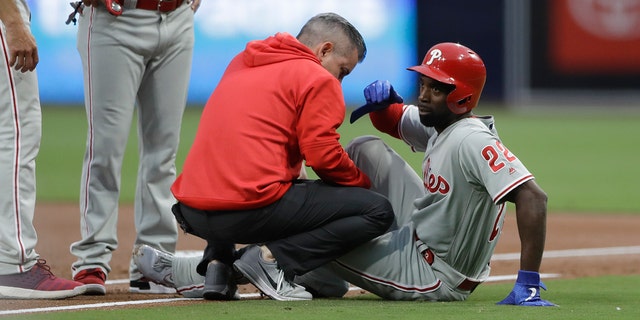 Philadelphia Phillies’ Andrew McCutchen, right, is helped by a trainer after being injured while trying to get back to first base during the first inning of a baseball game against the San Diego Padres, Monday, June 3, 2019, in San Diego. (AP Photo/Gregory Bull)

He continued: “I think we’ve made the moves we’ve needed to make to be able to have a winning ball club. We have a better pitching staff I believe. As long as we just go out there and we stay healthy, play our game, we’ll be in the playoffs and we’ll be shooing for that World Series ring.”

McCutchen said he spent the offseason training in Pittsburgh with one of his former trainers from his time with the Pirates. He spent last season recovering from surgery to repair a torn ACL and said he was excited about being able to spend this offseason getting his strength back. 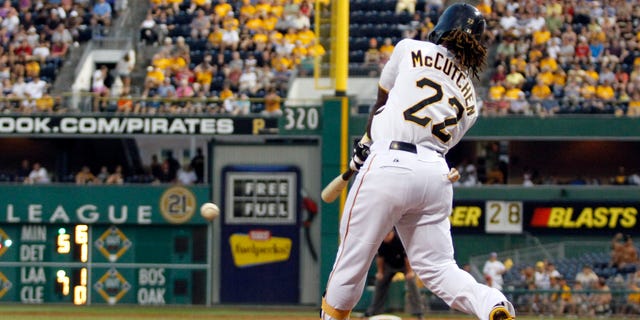 Andrew McCutchen #22 of the Pittsburgh Pirates hits an RBI double in the fifth inning against the Houston Astros during the game on July 2, 2012 at PNC Park in Pittsburgh, Pennsylvania. (Photo by Justin K. Aller/Getty Images)

“The year before was all about rehab because I was trying to get my knee back. This year I could actually just workout, not having to worry about rehabbing or anything — just getting stronger.”

The outfielder also said that he’s not worried about fatigue impacting the team as the league attempts to return to its regularly scheduled amount of games.

“It’s in our DNA to play 162 plus games every single year. That’s what we train for,” he said. “In a sense, we’re like breaded to play a full season.”

A five-time MLB All-Star, McCutchen said he’s also looking forward to the return of fans in the stands.

“I’m very excited about it. You really realize how fans matter. They make a difference. It was an adjustment last season playing in empty stadiums, even with the cardboard cutouts. They helped a little bit but didn’t help that much. I felt borderline crazy because I was just waiting for one of them to talk to me,” he said with a laugh. 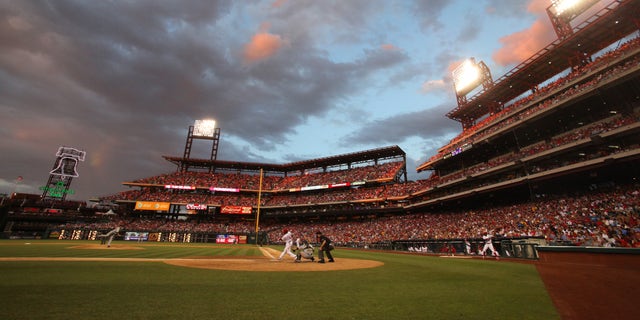 Shortstop Jimmy Rollins #11 of the Philadelphia Phillies bats during a game against the Pittsburgh Pirates at Citizens Bank Park on June 25, 2012 in Philadelphia, Pennsylvania. (Photo by Hunter Martin/Getty Images)

“I’m really looking forward to being able to play in front of our own fans even if it is only 8,800 people .. they give that push. They give you that little bit of extra that you need, they give it to you.”

McCutchen spoke to Fox News after participating in the DICK’S Sporting Goods Foundation “Sports Matter” program. A customized “Giving Truck” has been driving through the southern part of the country surprising youth softball and baseball players with new equipment. On Saturday the truck and McCutchen hit Tampa, Florida.

“It’s very important for me to be able to give back,” he said. “I remember being that kid, the young kid who looked up to athletes, to baseball players specifically … so I don’t take these things lightly. It was a really fun time, a fun opportunity.”

The “Giving Truck,” first launched during the 2020 holiday season, will travel to seven other cities across the U.S. through the month of March with the goal of helping 10,000 kids in under-resourced communities.