I HAVE to pinch myself every time I’m in the studio covering England as a pundit at Euro 2020.

Before I went on to win over 140 caps for my country, I was always a fan. 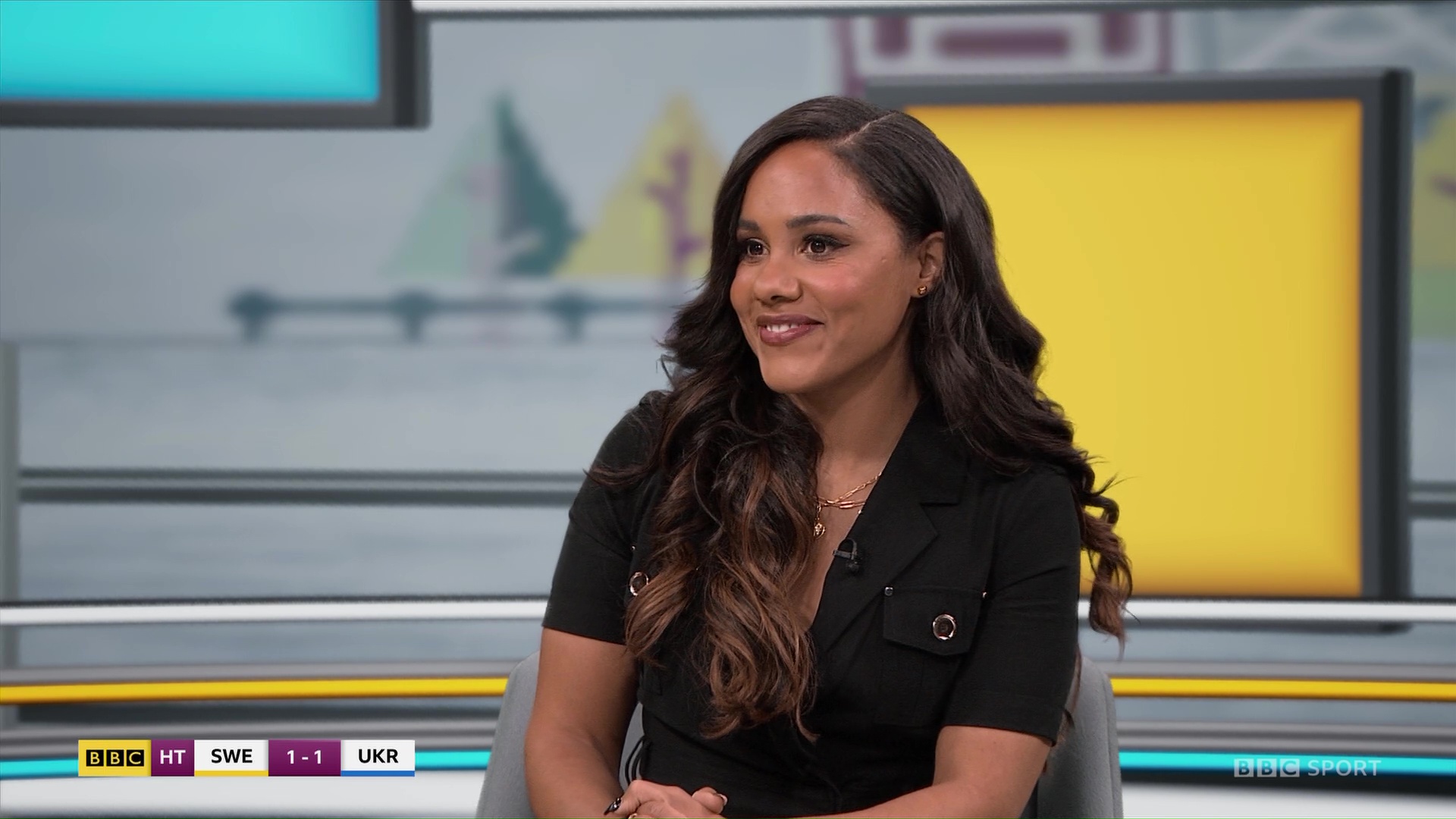 As a kid, I would pull on an England shirt and try to replicate goals from the greats like Gazza, Alan Shearer, and Teddy Sheringham.

So it gives me goosebumps to now be on screen as part of the BBC’s presenting line-up for the tournament.

When I’m in the studio for England games I live and breathe the build-up to the match like the millions of fans out there on their sofas, in beer gardens and streaming into stadiums.

I am known for being a professional footballer but that little girl who grew up as a Three Lions supporter never goes away from me.

And if I wasn’t working I’m sure I’d be watching tommorow's quarter-final clash between England and Ukraine at Boxpark with my mates!

Gary Lineker and Rio Ferdinand were spotted going wild in the BBC studio as England beat Germany at Wembley on Tuesday — and I don’t blame them.

Obviously, we’ve got a job to do when we’re analysing the teams but I can’t stop myself from going mad when England score.

Fellow pundit Micah Richards and I keep saying how lucky we are that we’ve been given this opportunity because we both retired from football through heart-breaking injuries.

We’ve had one amazing chapter, me at Arsenal and Micah at Manchester City, but now we’re getting to sit and talk about football like we’re two mates having a pint at our local pub.

It has been so much fun working with him and I think you can tell on screen that we’re both buzzing to be there as fans. 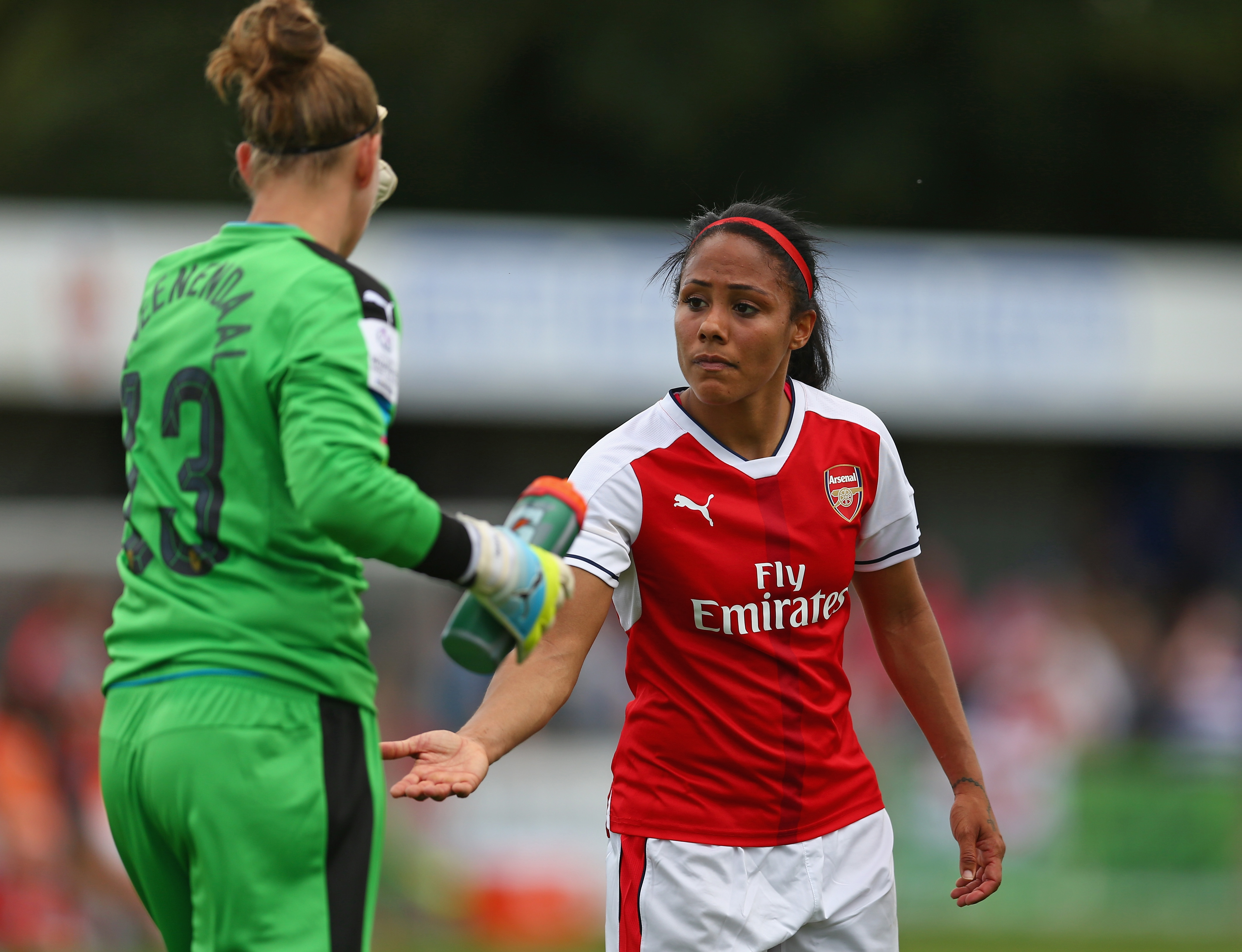 It’s so nice to see viewers praising us for having that on-screen banter whenever we’re in the same studio.

It’s always such a fun vibe before games and we hope that comes across to the viewers because sport was taken away for so long during the coronavirus crisis.

We wanted to give people at home something to smile about after endless lockdowns.

Obviously, when there are serious moments, like Christian Eriksen’s cardiac arrest, we want to reflect that on-screen as well.

Micah is definitely the class clown out of all the pundits.

We were discussing when Pedri’s back pass rolled over goalkeeper Unai Simon’s foot and into the net for a horror own goal when Spain beat Croatia 5-3. 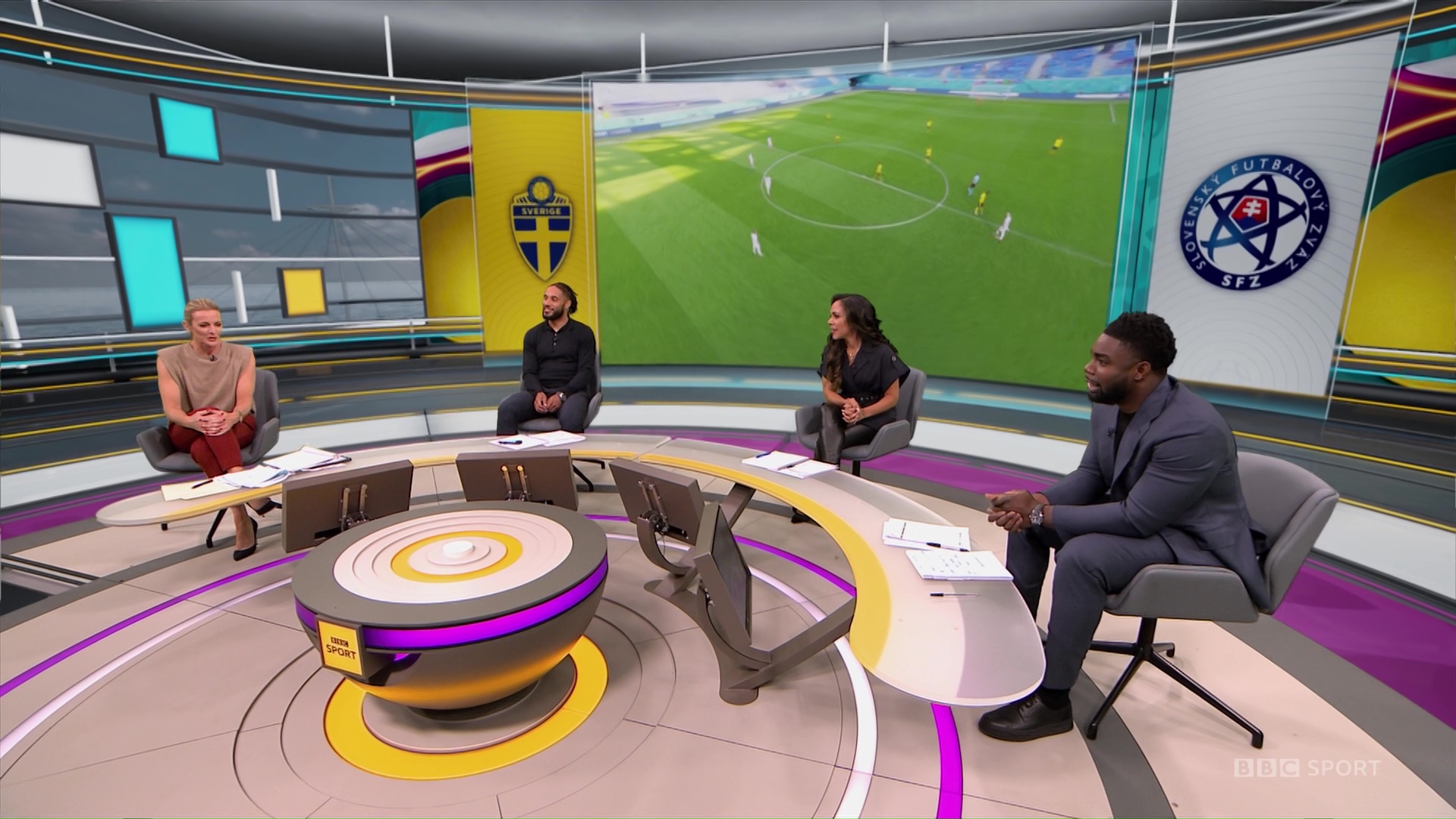 And I turned to Micah and confessed I scored a similar horror own goal in a crucial game for the Gunners against Chelsea.

He then stitched me up when we were live on air and started talking about that calamitous moment and the BBC pulled up the clip of it.

It was so funny and had everyone in stitches. Micah knows we can just have a laugh about that sort of thing and not take it too seriously.

I’ve been there and done it as a player and I knew how embarrassed Pedri and Simon were feeling in that moment.

I’ve absolutely loved covering the Euros because no matter what sport I’m watching I’m so passionate about it.

Sometimes it feels like people can get too focused on the negativity of a tournament, slamming Uefa for certain decisions — but let’s enjoy it.

The nerves haven’t sunk in yet for Saturday's crucial England game because I trust in Gareth Southgate and the process.

Gabby Logan asked how I was feeling when we were in the studio analysing Ukraine on Tuesday.

And I said I think it’s time this country gets behind Southgate and starts praising him.

It’s not easy picking a starting XI and every single time he is hit with criticism.

He is blasted for being too defensive and leaving out certain players — but he knows this group and, most importantly, they all believe in HIM.

We’ve just beat our arch-rivals Germany 2-0, so let’s back our brilliant manager.

Gareth needs praise for blocking out the outside noise and trusting in his vision because it’s the right one.