BARCELONA manager Ronald Koeman read a defiant statement at a pre-match press conference on Wednesday and then left the ROOM.

The under-fire boss refused to take questions from the media and insists the fans need to have some 'patience' as the club is 'rebuilding'. 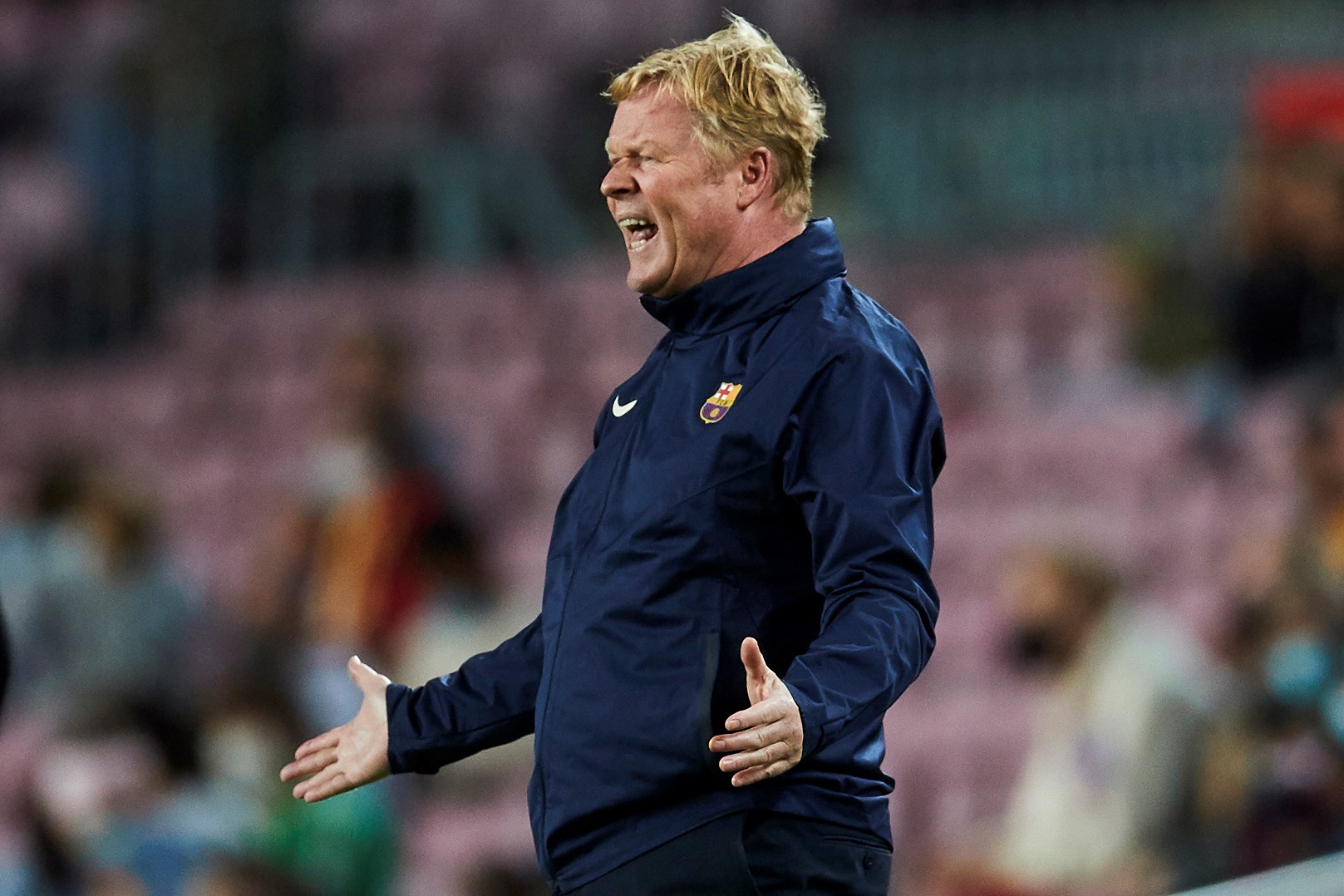 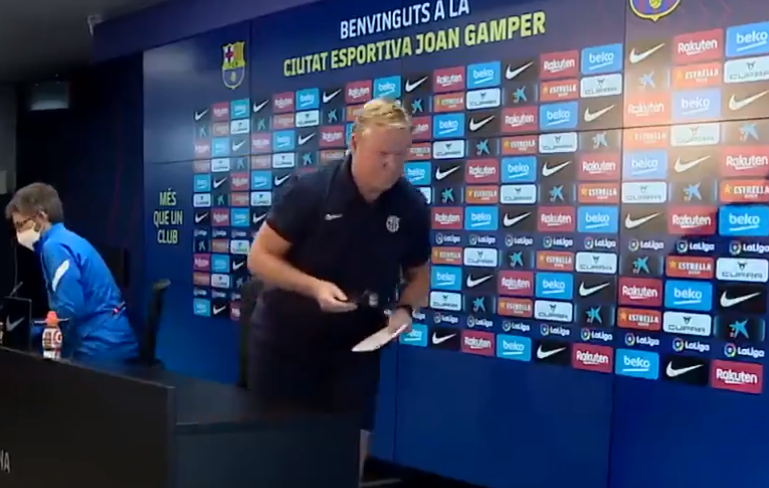 Speaking before Barcelona's LaLiga match against Cadiz on Thursday, Koeman said: "The club is with me as a coach in a rebuilding situation.

"The financial situation of the club is linked to sports performances and vice versa.

"That means that we, as a squad, have to rebuild the football team without being able to make large financial investments. That takes time.

"Today's young talents can become the new world stars in a couple of years.

"The good thing about rebuilding the team is that young players will have opportunities like Xavi and Iniesta had in their day.

"But patience is required."

Barcelona have endured a tricky start to the season after picking up just eight points from their opening four LaLiga games.

Koeman's side needed a late equaliser against Granada on Monday and were thrashed 3-0 by Bayern Munich in the Champions League.

Barca lost key players in Lionel Messi and Antoine Griezmann during the summer and are reportedly more than £1BILLION in debt.

The team is a shadow of its former self and Koeman has doubts over how competitive they will be in LaLiga and the Champions League.

The Dutch coach added: "To be in a high ranking in the league would be a success.

"European football is a good school for these great talents and miracles can await us in the Champions League. 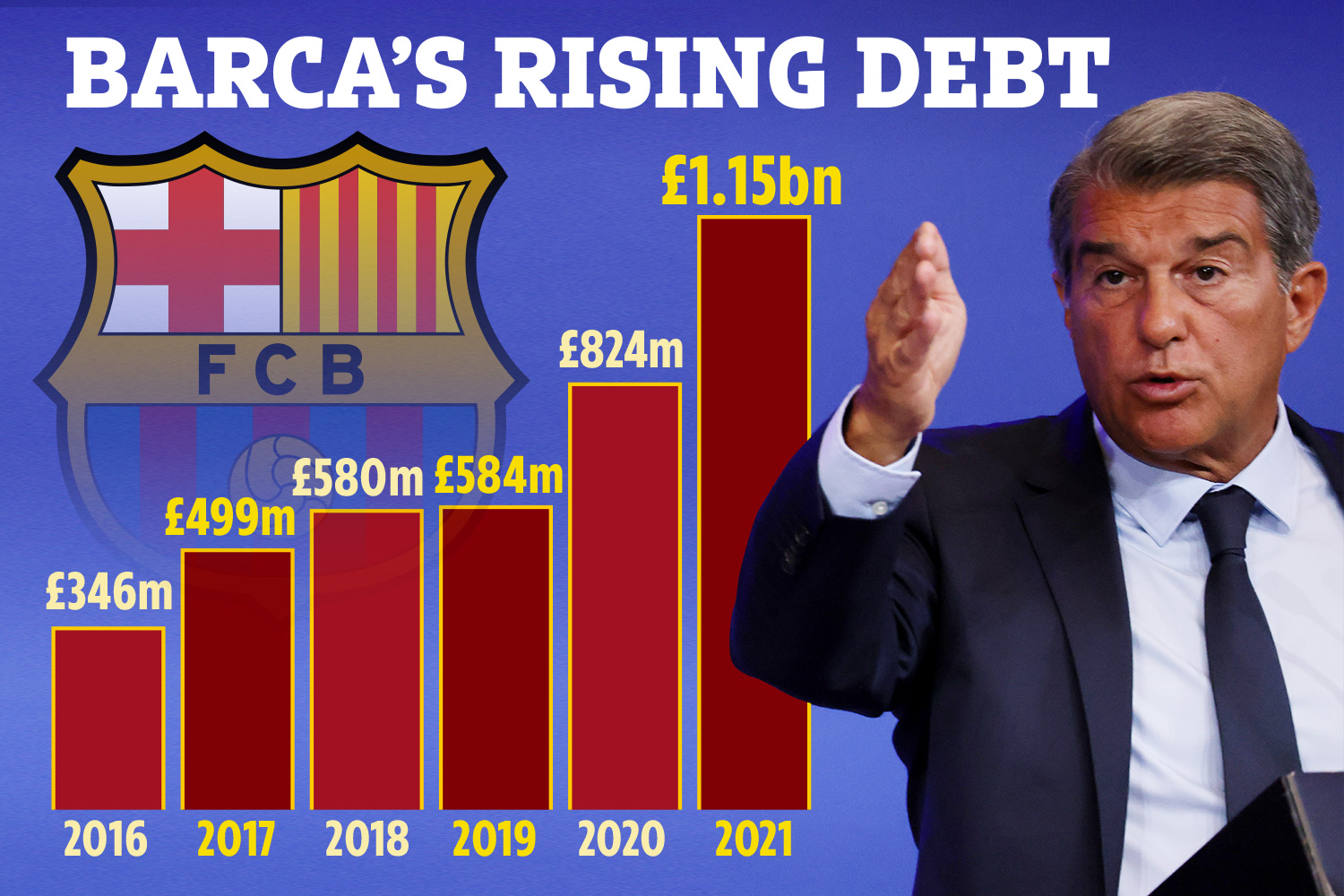 "The defeat against Bayern Munich last week has to be approached from that perspective.

"The process in which the staff and our team find ourselves deserves to be unconditionally supported in word and deed.

"Support the technical policy and the process that we are carrying out. I know that the press recognises this process.

"It is not the first time in the history of FC Barcelona that this happens. We count on your support in these difficult times.

"We as a squad and as players are very very happy with the great support of the fans like the one we had in the home game against Granada.

"Visit Barca, thank you very much for coming."