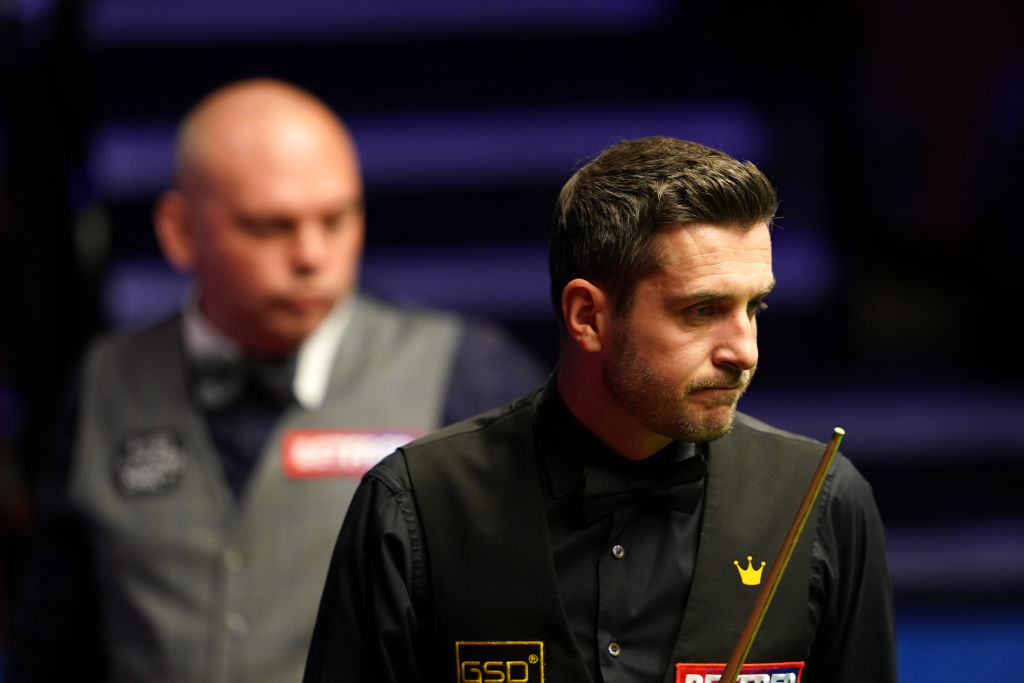 Mark Selby and Stuart Bingham will return late on Saturday night to complete their World Snooker Championship semi-final after their final session ran on too late in the afternoon.

Selby leads Bingham 16-15 in their epic struggle at the Crucible in a race to 17, but with the final session of Kyren Wilson and Shaun Murphy’s semi-final starting at 7pm, they had to be dragged off before they could complete it.

They now face a very strange evening, trying to stay ready to go at any time as it is entirely unclear when Wilson and Murphy will complete their match.

The Warrior and the Magician are locked at 12-12 going into their final session, so it does not look like it is going to be an early finish by any stretch of the imagination.

Selby and Bingham could be back on the baize after midnight to play one, or possibly two more frames, in what is sure to be a dramatic climax to this slug-fest of a match.

This is the first time in Crucible history that a semi-final has been pulled off in the final session and needs to be completed after the other match.

Ronnie O’Sullivan predicted this happening on Friday night after watching some epic frames between Selby and Bingham in the third session.

‘Yeah I think it’s going to go all the way, I think there’s a lot of snooker still in it,’ said Ronnie on Eurosport.

‘It probably could push the next match in the evening a little bit back later. We’re going to get more tomorrow of what we’ve had tonight.’

However, Ball-run’s most impressive effort was in the 31st frame, 44 points behind and needing to perform to stay in the tournament.

The former world champion crunched in a tremendously difficult long red before making a clearance of 85 to take the match into extra-time later tonight.