THERE is no substitute for experience and top team Jim Bolger and Kevin Manning showed that in spades at Newmarket.

Their 16-1 shot Poetic Flare battled to a thrilling victory in the 2000 Guineas and Bolger declared: “This win means the world.” 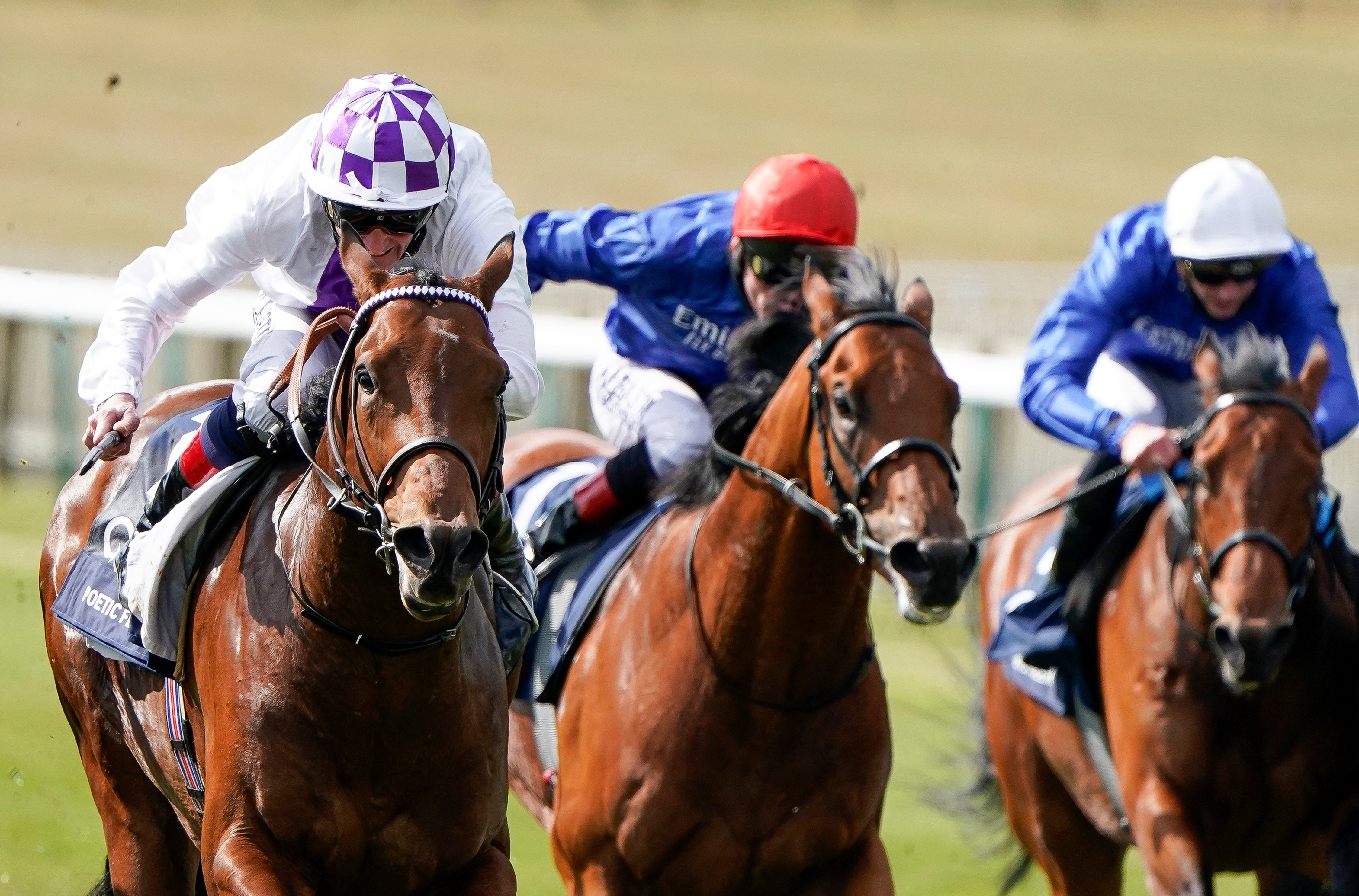 There isn’t much that Bolger, 79, and his son-in-law Manning, 54, haven’t seen during their long and successful partnership.

Manning, who is married to Bolger’s daughter Una, was made stable jockey to the legendary trainer in 1993.

They’ve had plenty of top-class horses through their hands in those 28 years – but few have excited both as much as Poetic Flare.

“This is a horse we have liked from very early on in his career,” Bolger said.

T&Cs: Bet £10 on any race at Punchestown, between Tuesday 27th April – Saturday 1st May — Get £60 in racing free bets. Only deposits via cards or Apple Pay will qualify. Free bets will be awarded after the qualifying bet has been settled. T&Cs apply. Paddy's Rewards Club: Get a £10 free bet when you place 5x bets of £10+. T&Cs apply. 18+ Begambleaware.org

“He has done nothing but improve and he looks like he could be a bit special.

“It’s been eight years since we last won the Guineas. These horses don’t come along very often.”

That 2013 victory came courtesy of Dawn Approach – Poetic Flare’s dad – who won the race in a common canter.

But his son was forced to roll up his sleeves to defend the family honour and scrapped his way to victory in a vintage Newmarket finish.

The colt, who was bred by Bolger and wears the famous white and purple colours of his wife Jackie, took a keen hold in the early stages.

He eventually settled before quickening stylishly into the dip, where many a Guineas have been won and lost over the years.

Godolphin’s Master Of The Seas loomed as a huge threat on his inside, but with heads bobbing at the death it was Poetic Force who came out on top.

Bolger said: “In my mind, the 2000 Guineas is the best race in the world, and when you win one you’ve really done something.

“John Magnier said to me many years ago that this is the race that matters, and I don’t disagree with him.

“We might just go for the Irish Guineas with him now. I’ve been thinking if there was ever a horse who could do both, this could be the horse.”

Bolger was fulsome in his praise of Manning, who returned the compliment to his father-in-law.

Manning said: “Jim is a genius, when he has one with the ability to win a Classic he doesn’t miss the opportunity.

“We have always liked this horse, he is very, very smart. He is genuine and straightforward and a pleasure to get the leg up on.” 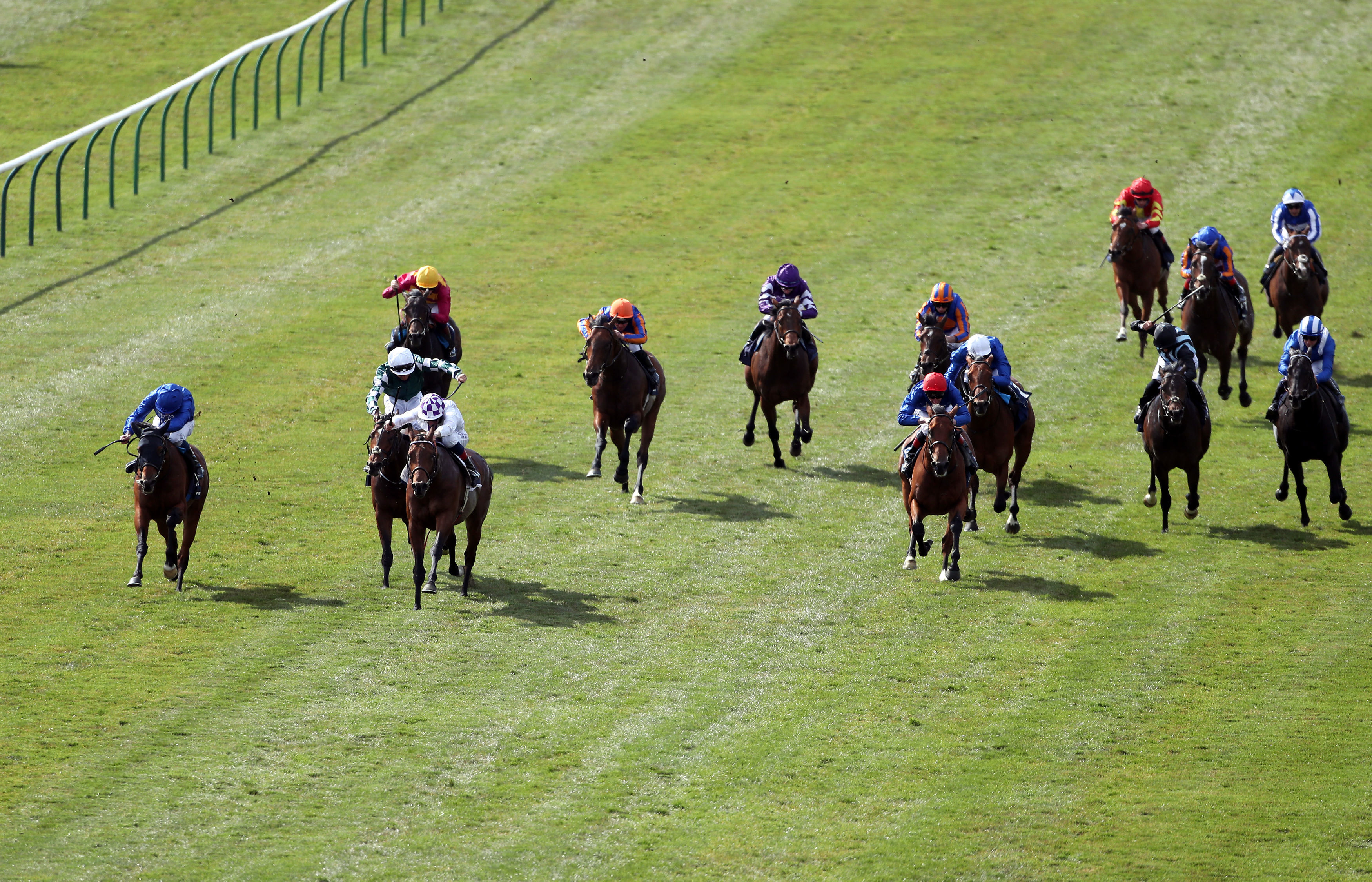 There could be plenty of big days to come for the stable this summer, both with Poetic Flare and Derby fancy Mac Swiney.

And despite his advancing years, razor sharp Bolger is still as hungry as ever.

“I wouldn’t call myself a veteran, I’d rather say that I’m just out of the junior ranks,” he joked.

"It’s a big day for us, right up there with the best we’ve had." 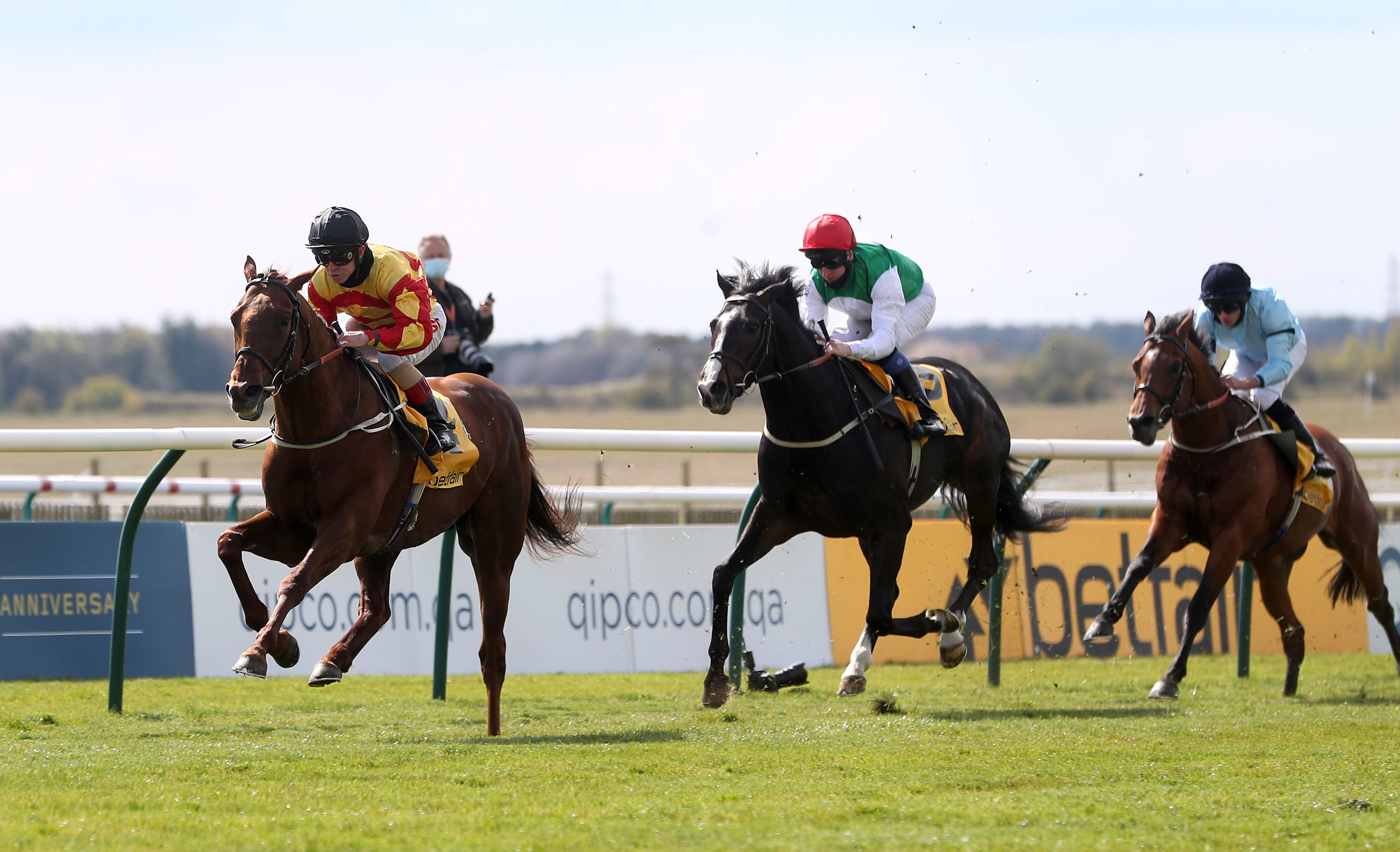 A trip to Royal Ascot in June is also a possibility for the exciting Poetic Force – but that meeting is definitely on the agenda for Sir Ron Priestley.

Mark Johnston’s high-class five-year-old will be aimed at the Hardwicke Stakes after galloping a small-but-select field into the ground in the Jockey Club Stakes.

It was his second win of the season having missed the entirety of 2020, after injuring a ligament and fracturing his pelvis.

Assistant trainer Charlie Johnston said: “Given what he did as a three-year-old, when he placed in a St Leger, we thought he was going to be a Cup horse this season.

“Today was a fact-finding mission, but he looks more than up to this level on this evidence.

"We may look at the Yorkshire Cup later this month and then the Hardwicke Stakes, which looks a good race for him."