IVAN TONEY fired his third goal of the season to help steer Brentford into the last eight.

The striker pounced five minutes before the break to add to Sergi Canos’ 22nd-minute opener. 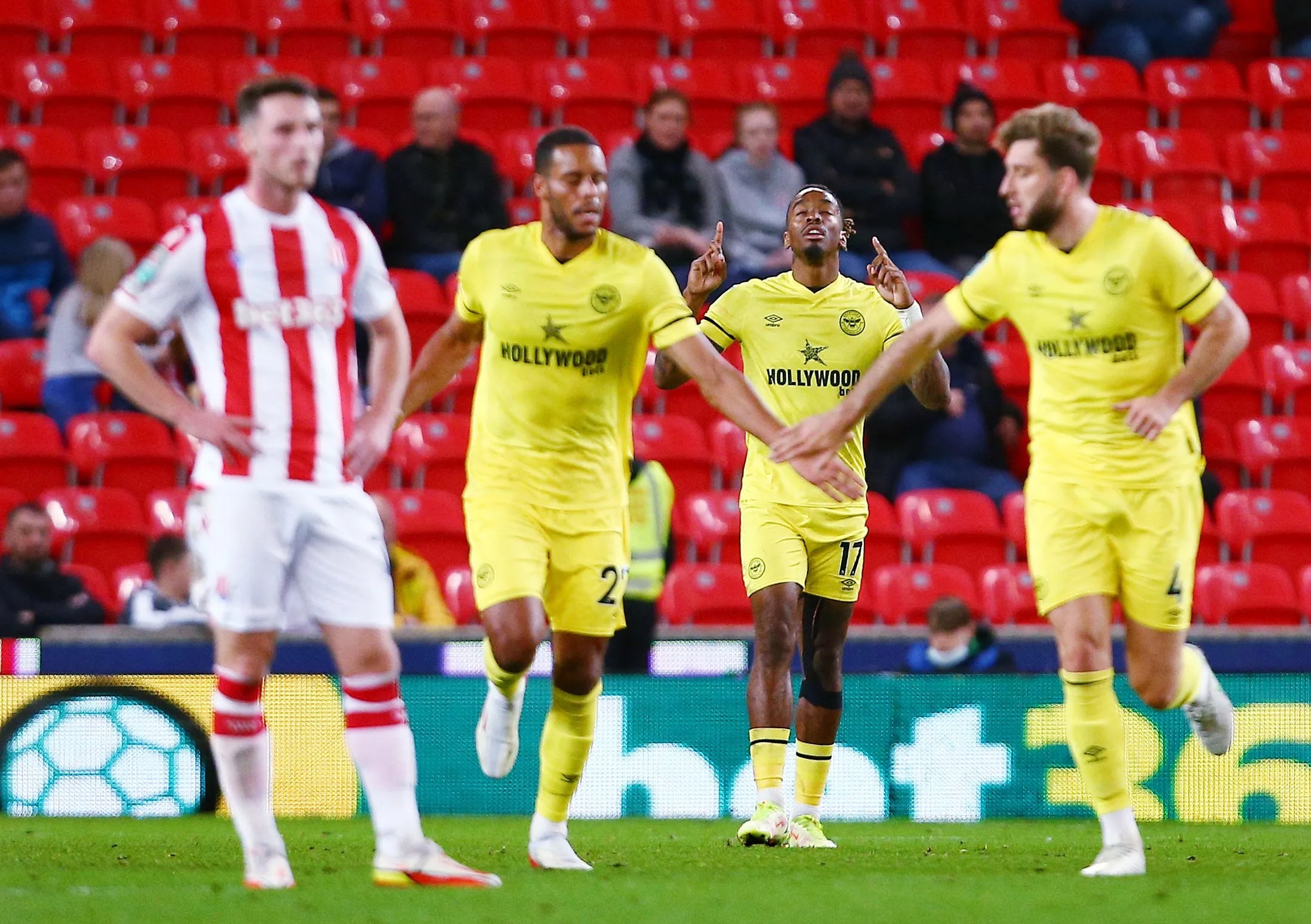 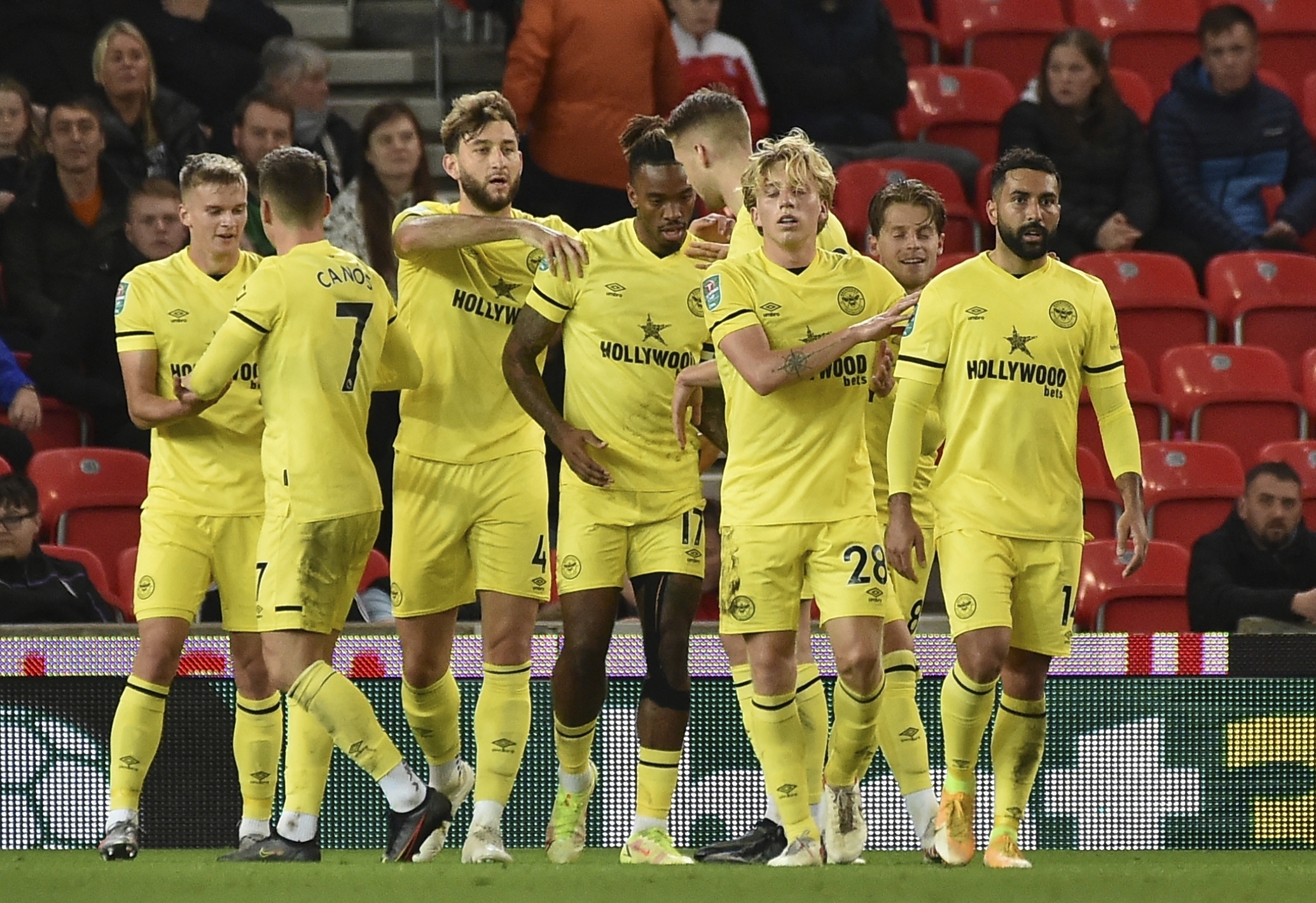 But Stoke woke up and Romaine Sawyers pulled one back 12 minutes after the break but were unable to save their Carabao Cup dream.

Stoke made five changes with Tyrese Campbell, 21, among the starters with Harry Souttar as the captain.

Brentford made eight changes from their side that lost 2-1 against Leicester although talisman Ivan Toney started up front with Marcus Forss also getting the nod after his four goals against Oldham in the last round.

It was Brentford who went close to scoring first when a superb Sam Ghoddos cross into the centre of the box just evaded a final touch from Toney and Sergi Canos.

Stoke started to grow into the contest without creating much.

The crowd got lifted when Campbell came inside from the right and drove forward but his final pass was lacking.

The Bees though were carrying the clear goal threat and they went mighty close when Mathias Jensen got behind the defence to cut the ball back for Forss.

The Londoners piled on the pressure with Toney seeing a shot blocked and then Canos having an effort saved by Josef Bursik From the resulting corner came the breakthrough.

The deep cross found Forss. He passed to Toney, who teed the ball back for Canos to smash a fierce effort home from 18 yards – despite Romaine Sawyers’ best efforts to keep it out on the line.

Jensen then had a pop from 25 yards but curled his effort over.

Stoke finally made a foray into the Brentford box with Steven Fletcher driving forward but his angled effort was kept out by Alvaro Fernandez.

And from the corner that followed, Souttar headed over the bar.

Bersik had to be alert to keep out a Jensen free kick from the left.

But the Bees doubled their lead when Jordan Thompson carelessly gave away possession. 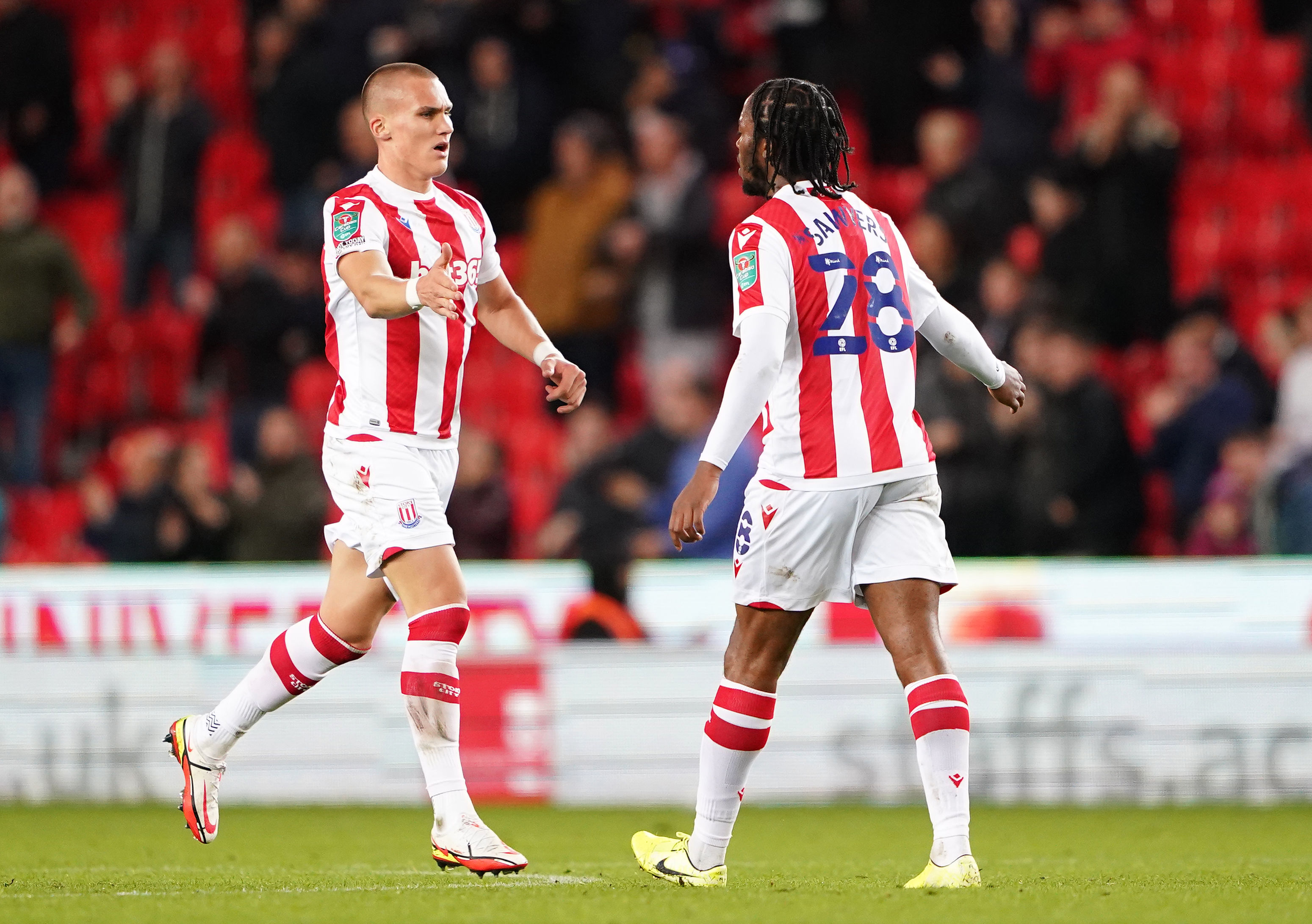 Forss found Toney in acres of space on the edge of the box and he had the simple task of firing past Bersik.

After the break, Toney was denied after his volley was saved by Bersik and Mathias Jensen saw his follow-up flash wide.

But it was the Potters who were making most of the running in the early stages of the second half.

And they pulled one back when Brentford failed to clear a corner and Sawyers smashed the ball home through a crowded penalty box.

Stoke had their tails up and Mario Vrancic fired just over after being teed up by Sawyers.

The Potters went close to a leveller when Sima got on the end of Josh Tymon’s cross but his header just evaded the left post.

But down the other end, sub Onyeka’s cracking effort was blocked by Ostigard – with Henry smashing over the rebound.

Toney should have put the game to bed twice late on when he found himself one-on-one but Bersik, who superbly stopped both.