Home » Sport » Swimming and golf wrap up as track and field heats up on Day 9. 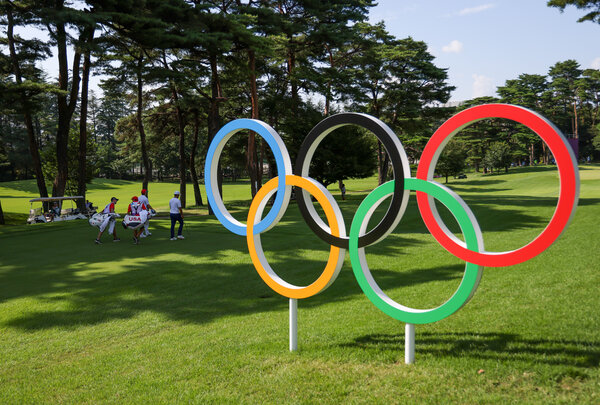 TOKYO — The middle weekend of any Olympics is always a big one. Swimming wraps up, track gets going, and the team events approach their knockout stages. And it seems like the deluge of events at the Tokyo Games hits a peak on Sunday.

The final round of the golf competition begins at 7:30 a.m. in Tokyo (6:30 p.m. Eastern on Saturday night). The medal contenders include Paul Casey of Britain, Hideki Matsuyama of Japan, Xander Schauffele of the United States and Rory McIlroy of Ireland.

You saw the BMX riders race, now see them do tricks on their bikes in the freestyle competition, which is new to these Games.

The final day of swimming includes some of the most anticipated events, including the blazing fast 50 meters for both men and women.

And there may be another gold for Caeleb Dressel in the men’s 50. As for the medley relay, the U.S. men have never lost it — ever. Could the streak be ended by Britain? (Finals start at 10:30 a.m. in Tokyo.)

For fighting enthusiasts, two American boxers, Duke Ragan and Richard Torrez, face off in the quarterfinals with a medal on the line. For the sailing set, two yachting golds will be awarded in the men’s and women’s one-person dinghy. And a gold medal will also be awarded in women’s springboard diving.

There will be three tennis finals. Alexander Zverev of Germany faces Karen Khachanov of Russia in men’s singles. The Czech team of Barbora Krejcikova and Katerina Siniakova plays Belinda Bencic and Viktorija Golubic of Switzerland in women’s doubles. And a Russian team will win mixed doubles, either Anastasia Pavlyuchenkova and Andrey Rublev or Elena Vesnina and Aslan Karatsev.

The gymnastics event finals begin at 5 p.m. in Tokyo, 4 a.m. Eastern. The women will contest the vault and bars; and the men the horse and the floor exercise. Although eligible, Simone Biles will not compete.

In the Tokyo evening, early Sunday morning U.S. time, track finals include the men’s high jump with Ju’Vaughn Harrison of the United States starting a high jump-long jump double, and the always glamorous men’s 100 meters at 9:50 p.m. Japan time to round out a stellar day at the Games.