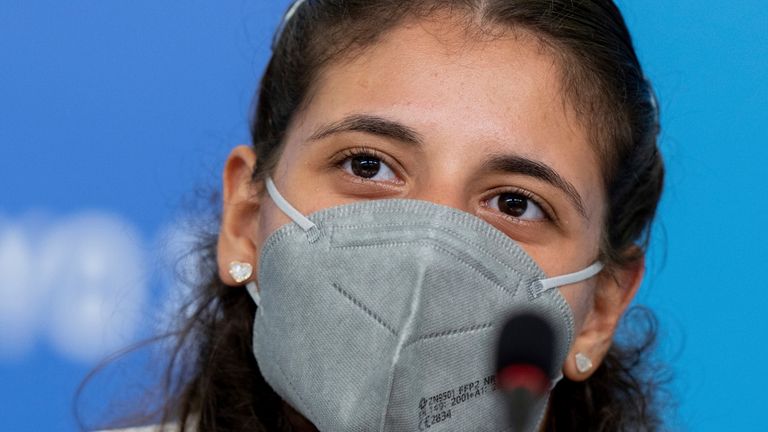 The Refugee Paralympic Team believe their presence at the Tokyo Games can provide hope and solidarity for people being forced to flee their homes.

Currently, thousands of Afghans have scrambled to try and leave their home nation after the Taliban seized back control of the country.

The surge in numbers comes on top of the 2.2m refugees already in neighbouring countries and 3.5m people left homeless within Afghanistan’s borders.

Ileana Rodriguez, the Refugee Paralympic Team’s Chef de Mission, who will lead a team of six athletes in the Japanese capital, expressed her support for those affected by the ongoing conflict and political instability.

“Certainly, it’s very sad what’s happening in Afghanistan and our heart goes out to all the people of Afghanistan,” the Paralympic swimmer said.

“We are here representing the people of the world who are refugees, so all of us have been working very hard to send a message of hope and make sure that this team shows that.

“I am sure these athletes are going to give all of what they have during these Games to really support all the refugees out there and make them feel hopeful and the same message goes to the people of Afghanistan, for sure.” 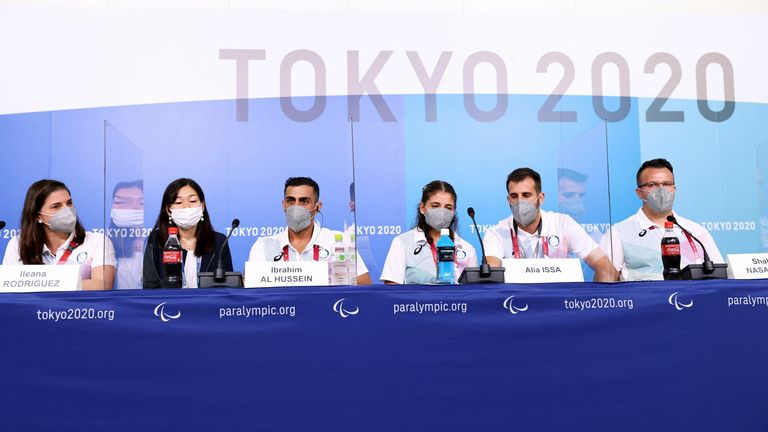 Issa, who suffered brain damage after contracting smallpox and will join Karimi as a flagbearer at Tuesday’s opening ceremony, will make history as the team’s first female member and aims to inspire other women in similar situations.

“I never believed that I would be the first woman refugee Paralympian. It’s a big honour for me to be in this team. I’m a little nervous about it,” said the 20-year-old, who lives in Greece.

“I want to share with women around with disabilities: don’t stay at home. Try every day with sports to be outside in the world. I hope that I am the first example to follow.

“I want to be an example for all the refugees to follow their dreams.”

A press conference to introduce the team was preceded by a letter of support from Bayern Munich and Canada international Alphonso Davies.

The footballer was born in a refugee camp in Ghana to Liberian parents who fled the civil war in their home country.

“Not everyone understands the journey you have been on, but I do and that’s an important part of what made me who I am,” read his letter.

“You are role models now with the power to inspire others; make no mistake, what you are about to do in Tokyo will change people’s lives.

“There will be refugees who through watching you succeed will believe they can too.”

Cuba-born Rodriguez, who left for the United States when she was a teenager in the hope of finding better treatment for a malformation of the spine which left her paralysed, wants the Games to be a catalyst for change.

“We’re very grateful for the countries that home refugees and we encourage countries that can support refugees to do it,” she said. “We hope that that’s a strong message that we can leave with the people of Japan as well.”