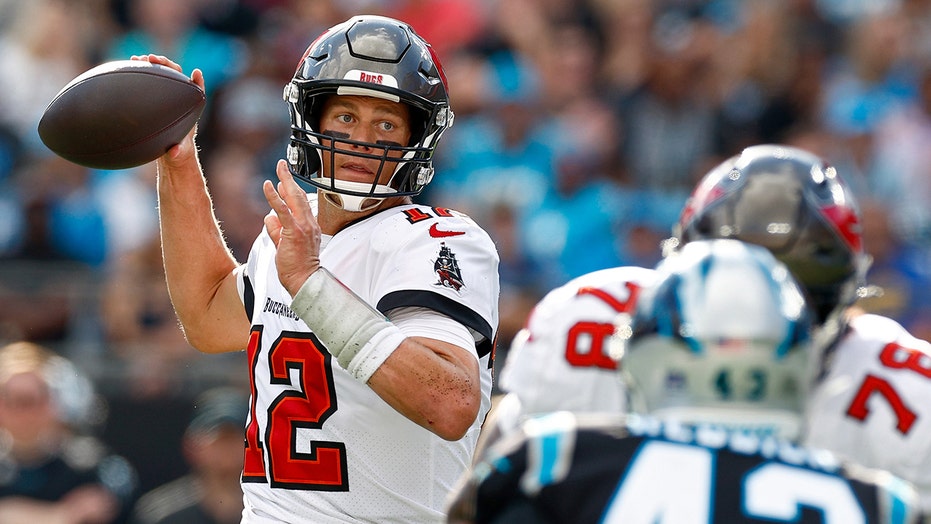 The Buccaneers routed the Carolina Panthers, 32-6, to pick up their third consecutive win over Carolina. 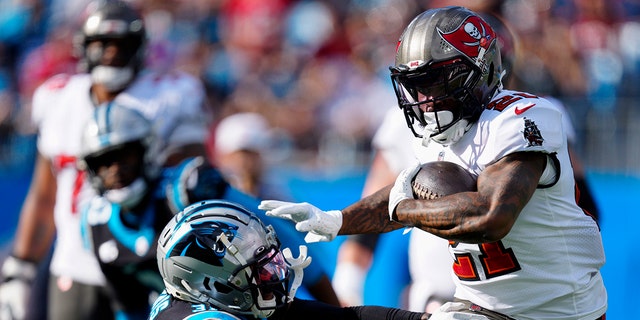 Ke’Shawn Vaughn and Ronald Jones II each had a touchdown.

Vaughn scored on a 55-yard run in the first quarter. It was Tampa Bay’s first score of the game, and the Bucs never relinquished the lead. The second-year running back finished with 70 yards on seven carries. 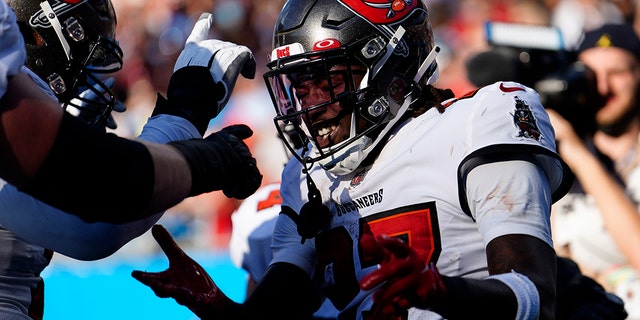 Tampa Bay Buccaneers running back Ronald Jones celebrates after scoring against the Carolina Panthers during the second half Sunday, Dec. 26, 2021, in Charlotte, N.C.
(AP Photo/Jacob Kupferman)

Antonio Brown was playing his first game since being suspended for using a fake vaccine card to circumvent NFL health and safety protocols and had 10 catches for 101 yards.

Sam Darnold made his return to the Panthers but didn’t provide much spark for the offense. He finished 15-for-32 with 190 yards. Cam Newton played a bit too, finishing with 61 passing yards and an interception. He also led the team in rushing yards with 42 yards.

Tampa Bay and Carolina will meet again Jan. 9 to wrap up the 2021 regular season.

Tampa Bay is now in hot pursuit of the No. 1 seed. The team earned a wild-card bid last season and didn’t play a home game in the postseason — until the Super Bowl. With the division win, the team will have at least one home playoff game in the coming weeks.

Last season, the Buccaneers lost out on a division title to the New Orleans Saints but ended up winning the Super Bowl. 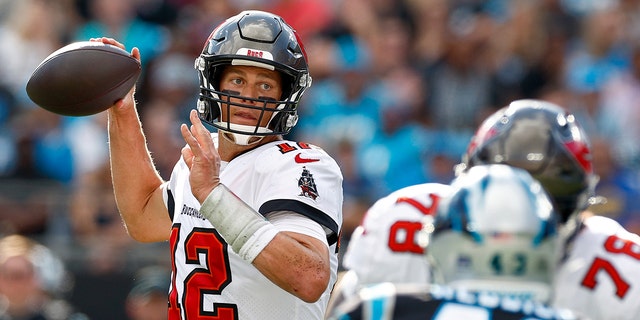 Tom Brady (12) of the Tampa Bay Buccaneers looks to throw during the second quarter against the Carolina Panthers at Bank of America Stadium Dec. 26, 2021 in Charlotte, N.C.
(Jared C. Tilton/Getty Images)

In 2007, the team won the division title with a 9-7 behind head coach Jon Gruden and quarterback Jeff Garcia.

The 2007 team lost in the wild-card round of the playoffs.