TOTTENHAM issued a statement with just 92 words to announce the sacking of Nuno Espirito Santo after four months in charge.

SunSport revealed on Sunday how the 47-year-old was in danger of losing his job following the humiliating 3-0 defeat against Manchester United. 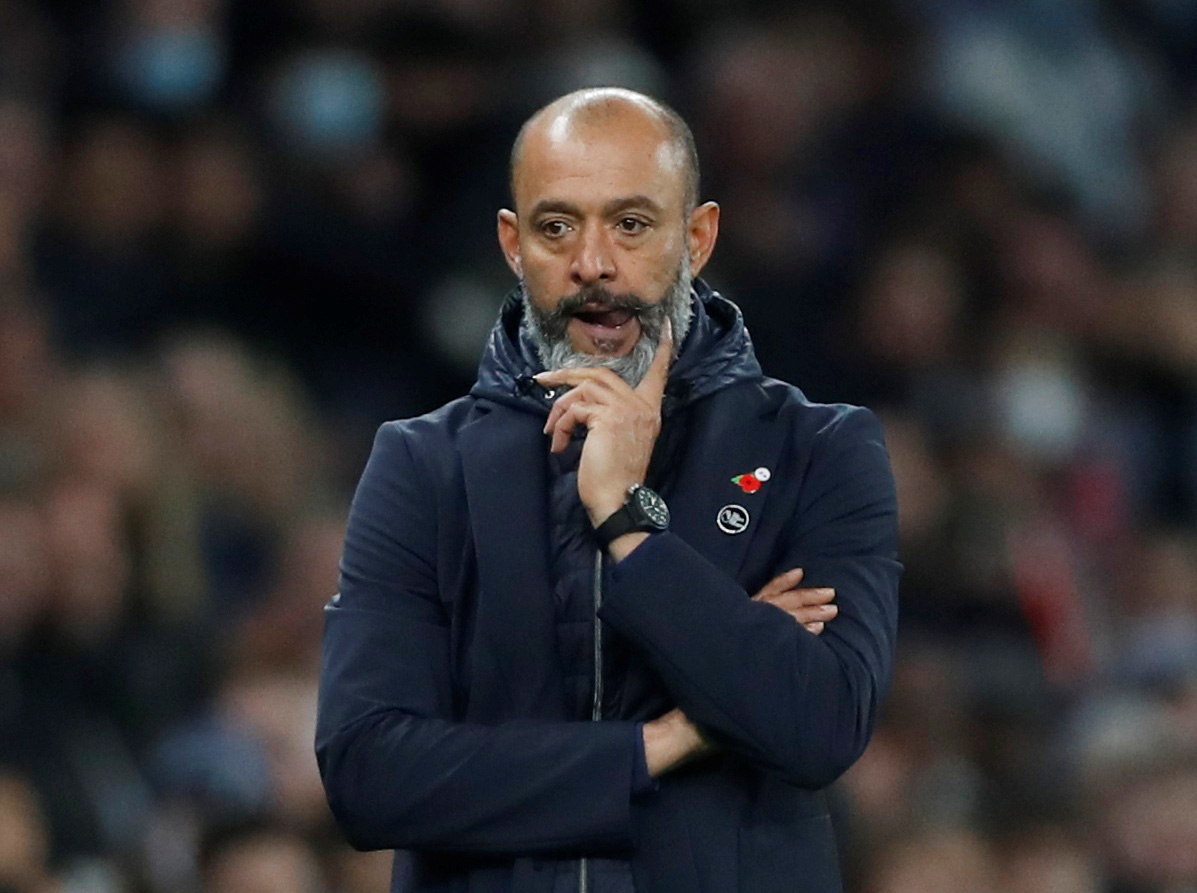 The embarrassing loss against the Red Devils was Spurs' fifth Premier League defeat of the season in just ten matches.

And with the North London outfit sitting eighth in the table and five points off fourth-placed West Ham, Spurs have relieved Santo and his coaching staff of their duties.

In a brief statement, Tottenham hailed the ex-Wolves manager as a 'true gentleman'.

It read: "The club can today announce that Nuno Espírito Santo and his coaching staff Ian Cathro, Rui Barbosa and Antonio Dias have been relieved of their duties."

Fabio Paratici, Managing Director, Football, said: "I know how much Nuno and his coaching staff wanted to succeed and I regret that we have had to take this decision.

“Nuno is a true gentleman and will always be welcome here. We should like to thank him and his coaching staff and wish them well for the future.”

The statement concluded by saying: "A further coaching update will follow in due course."

Antonio Conte is the favourite to succeed Santo at the Tottenham Hotspur stadium, despite rejecting the club in the summer.

And there have even been claims that Spurs are keen to re-hire Mauricio Pochettino, though it remains to be seen if the Argentine would be willing to depart Paris Saint-Germain.

Santo started off his Tottenham career in the best way possible – winning his opening three matches to leave the club top of the table heading into the September international break.

He was named as the Premier League's Manager of the Month for August, before Spurs lost their next three fixtures against Crystal Palace, Chelsea and Arsenal.

Following the defeat to United, Santo admitted that his side weren't progressing how he would have liked.

He told Sky Sports:"We are not on the right track and understand the criticism – it's part of football.

"When the team doesn't perform the fans show they are not happy. 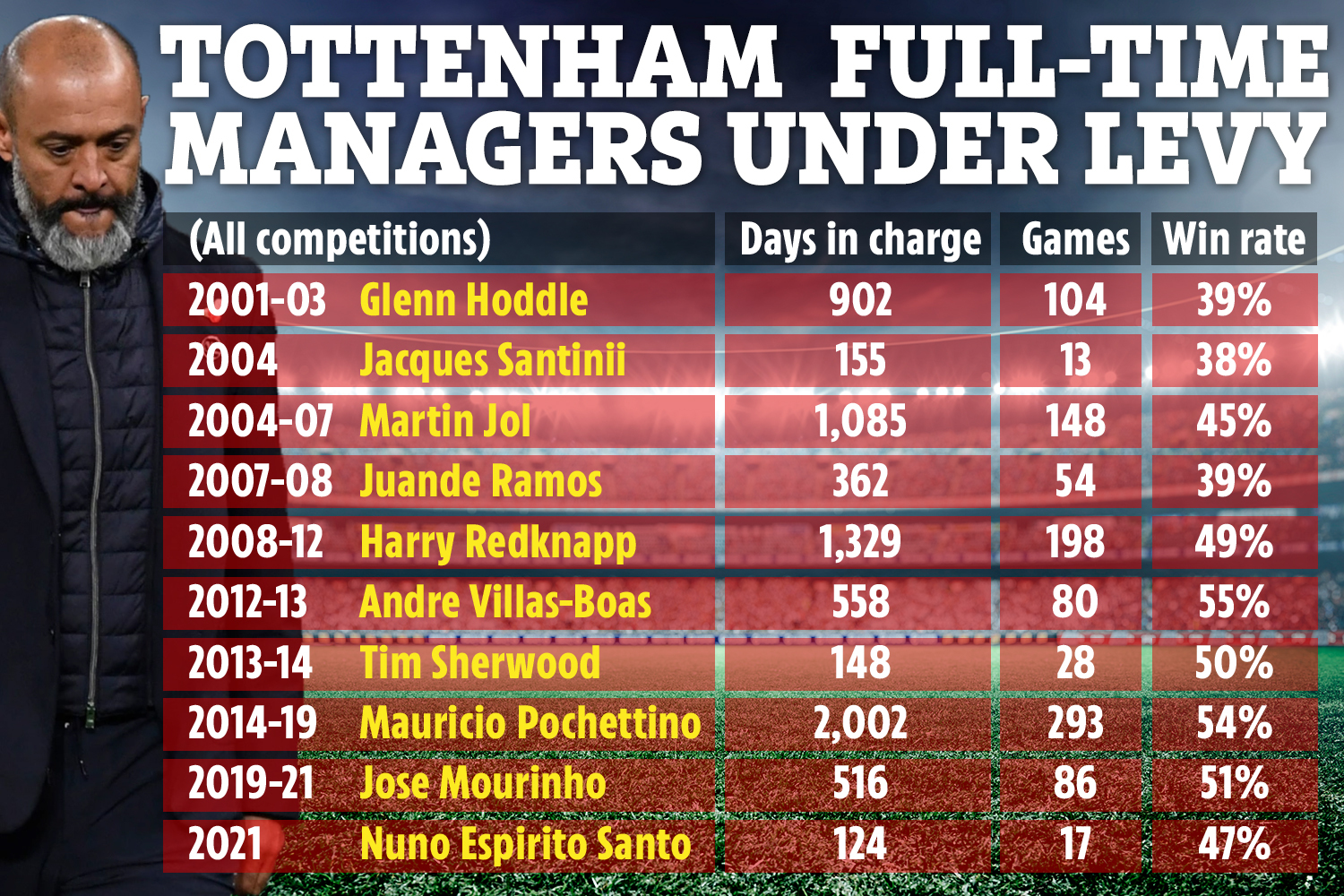 "It's up to us to take it, tell them we are trying our best.

"We have to keep on trying and in a humble way tell them to support us."

It was to be his last game in charge, with Nuno sacked after 17 matches, while being outlasted in the job by flop boss Jacques Santini in 2004.