ANTONIO CONTE will fly to London and could be appointed as the new Spurs boss today – but only if Daniel Levy agrees to his transfer demands. 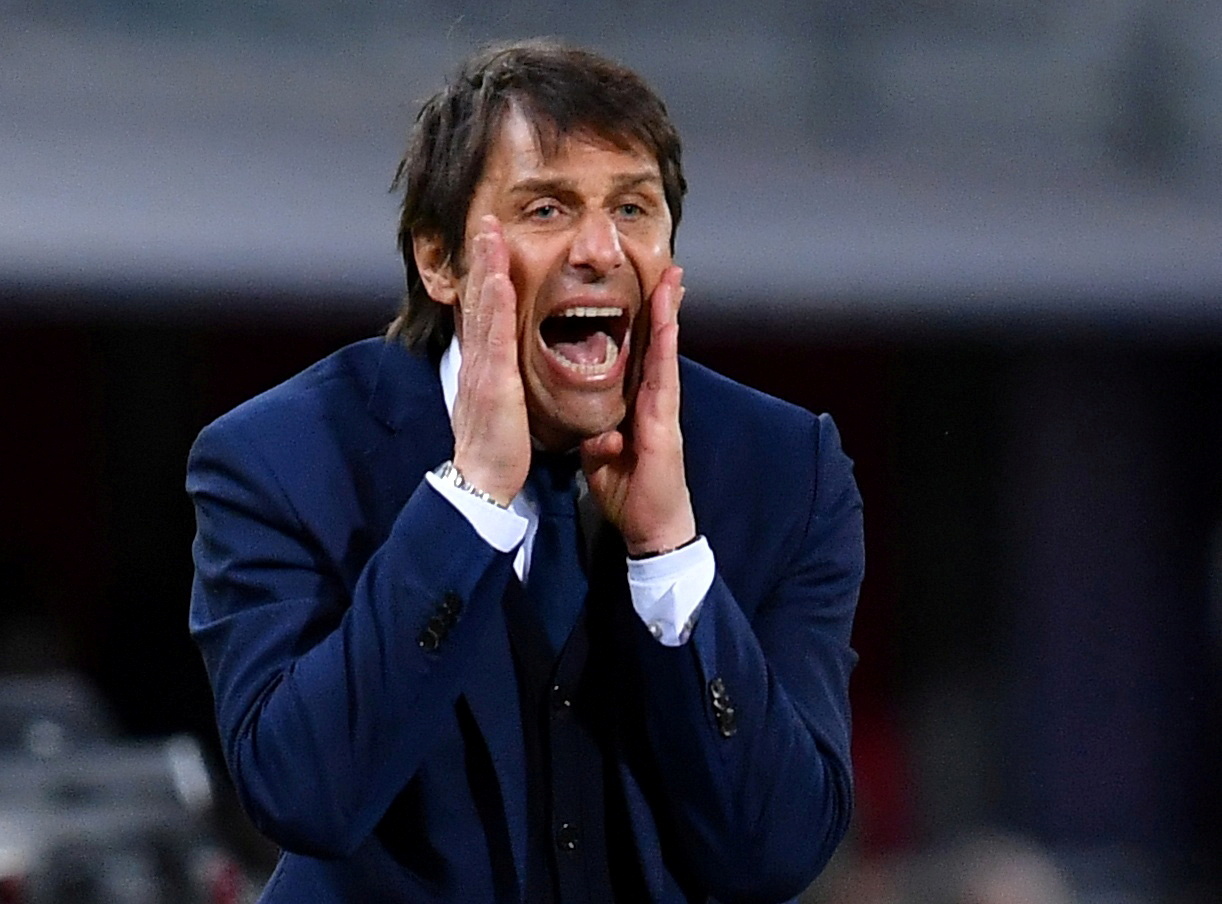 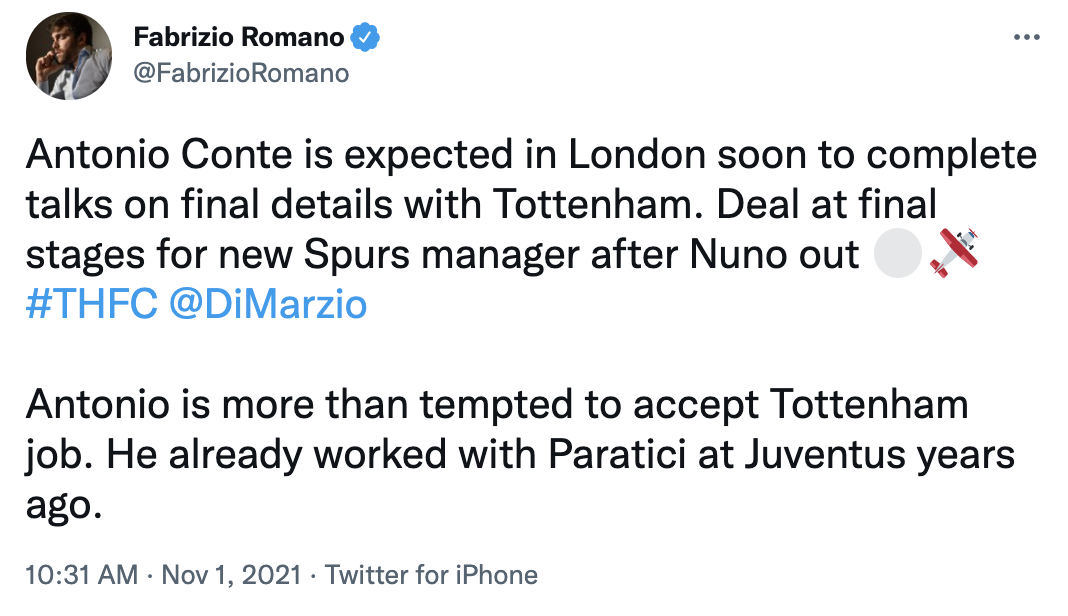 Spurs are now eighth after five defeats in their last seven games, including a humiliating 3-1 defeat at the Emirates in the North London derby in September.

Any fans that were still behind him turned on Nuno after Saturday's defeat, with deafening boos echoing around the Tottenham Hotspur Stadium at full-time.

Levy was said to be furious with the team's performance and decided to relieve the former Wolves boss of his duties – after just three months in charge.

Former Chelsea boss, Conte, 52, quit Inter Milan in May after just two seasons at the San Siro, having led them to their first Scudetto since 2009-10.

He was approached by Spurs' director of football Fabio Paratici, whom he previously worked with at Juventus, to replace Jose Mourinho in the summer.

And despite being close to agreeing a deal, negotiations broke down due to Conte's financial demands, which Levy reportedly felt were excessive.

It is claimed the Italian demanded a £15million-a-year salary, as well as a transfer budget of over £100m, which Levy felt was not viable and ended talks.

After negotiations broke down, a senior Spurs source said: “As soon as Conte became available, we had a duty to speak with him. He is a fine coach with an excellent record.

“But Daniel felt his budgetary demands were not only unrealistic but also potentially damaging to our future. Daniel wants us to be successful more than anyone but not at the expense of the club itself.

“He knows any new manager is going to need money to improve the squad and he is certain to provide them with that. But there has to be a balance and it cannot leave the club in a perilous situation.”

But with Spurs now in advanced talks with Conte, his appointment hangs on whether Levy is prepared to change his mind and back him in the transfer market.

Italian transfer guru Fabrizio Romano has also said: "Tottenham are now pushing to convince Antonio Conte as new manager to replace Nuno. He’s always been top of the list since June where there was no agreement with Spurs board.

"Tottenham director Paratici is working to find an agreement with Conte as priority. Tottenham board feeling ‘more than confident’ to convince Antonio Conte and appoint him as new manager to replace Nuno.

Talks progressing right now with Conte’s camp. He’s asking an important plan for next transfers window and long-term contract. Paratici is on it."