Richards was speaking on Sky ahead of his former side's 2-0 win at Old Trafford in the Manchester derby but Keane did not have time for his claims. 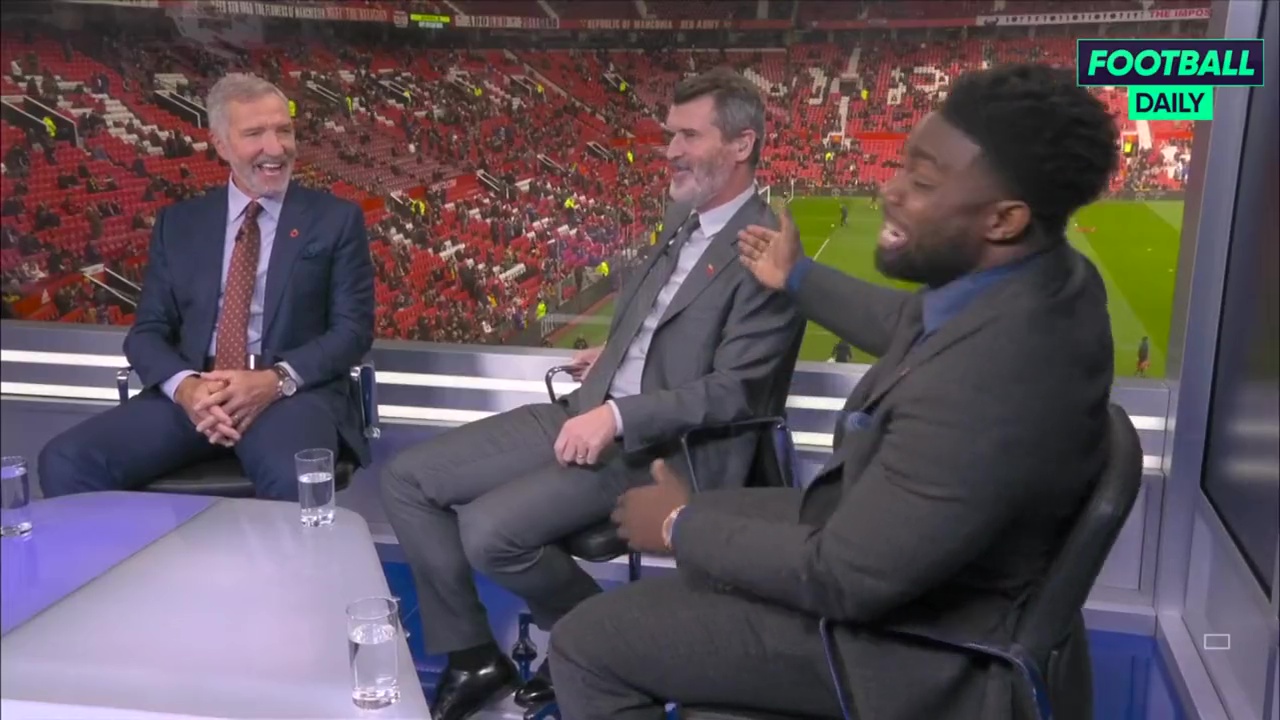 The former right-back was reminiscing about City's famous 6-1 win at Old Trafford in October 2011.

A smiling Richards said: "I know he [Keane] is smiling now, but we were, we were noisy that day.

"But we came with authority. I know they went down to 10 men…"

Keane quickly interrupted with a trademark wry smile and said: "I didn't play that game did I?"

Richards laughed and replied: "No, you'd retired by then I think.

"But it was just an amazing occasion. It really was.

"And that team was underrated, it really was. You talk about Pep's team and…"

Richards turned to look at Keane as he was talking, only to be met by the incredulous looking Irishman shaking his head in disbelief and pulling faces at his fellow pundit.

The reaction had Richards in fits of laughter and, pointing at Keane, he howled: "Look at that!

"We were the first ones to do it, and that team it was a joy to play in, it really was."

Not all fans agreed with Richards' assessment and appeared to side with Keane.

More than 130 people liked the video that was shared online.

Richards spent 14 years on City's books and 10 as a first team player.

He made 246 appearances in all competitions – scoring nine goals and providing 14 assists.